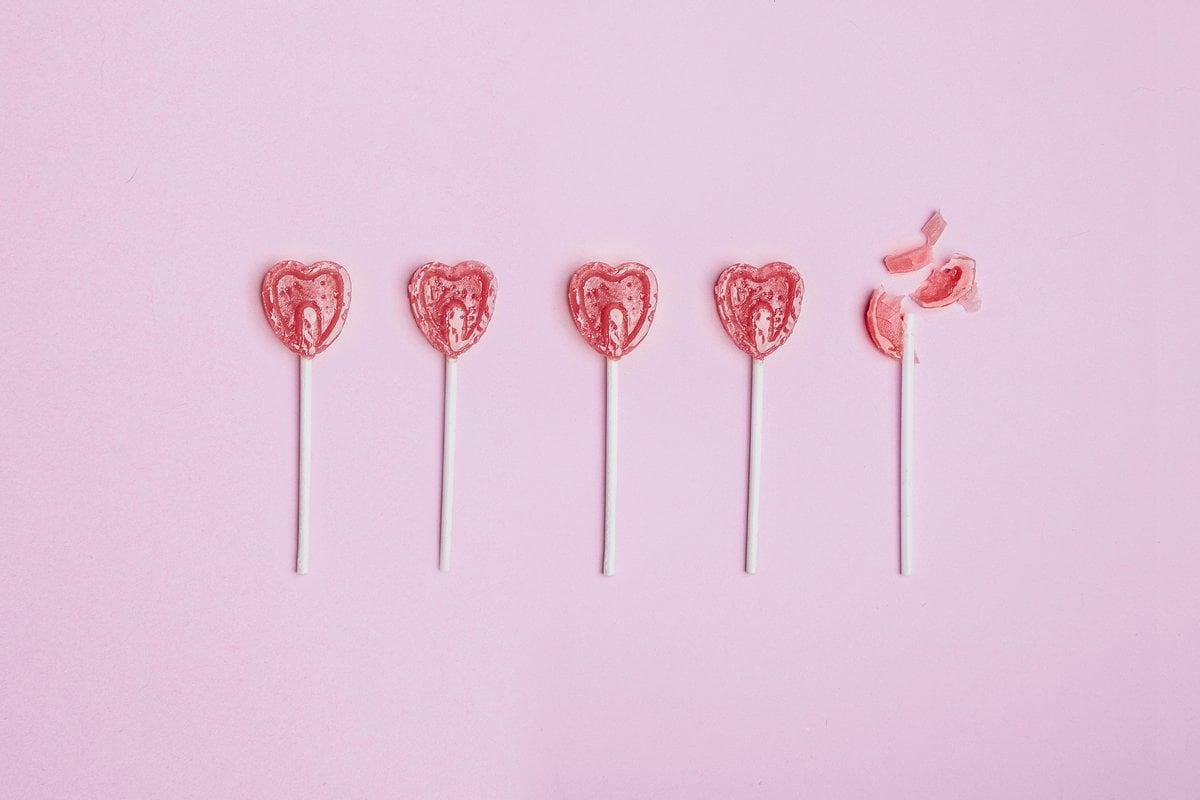 Whether you’re the one getting dumped or calling it quits, ending a relationship can hurt.

On the worst occasions, it can literally feel like someone’s reached into your chest and grabbed hold of your heart so tightly that it shatters into a million pieces. Lying damaged among the debris, you grieve the loss of what you once had together and swear you’ll never feel whole again.

But for some women, the pain can be more than just psychological.

In the most severe cases of heartbreak, emotional trauma can manifest itself into physical conditions with very real consequences.

Here three women share how their great love ended in worse than heartache, and why no one should suffer in silence or alone.

“I was rushed to hospital with heart palpitations and uncontrollable vomiting.”

Steph and her German ex-boyfriend met on a dating app in London at the start of 2020 and they hit it off right away.

“Our first date was amazing,” she said, “and we quickly followed it up with a second and third before falling into a serious relationship.”

The pair were on the same page about everything. He had previously lived in Australia and Berlin was one of Steph’s favourite cities. Soon they were going on holiday together and talking about the future.

“It was everything I had dreamed off,” Steph told Mamamia. “We spoke about moving to Australia or Germany and even what dogs we would raise together. From really early on I thought, this is it, he’s The One. Everything was perfect.”

But trouble started to rise when Steph realised they had very different love languages.

“I am very much into words of affirmation whereas he was more of an ‘acts of service’ kind of guy. While he would get frustrated that I didn’t seem to appreciate his gestures, I would get angry when he wasn’t very reassuring or validating,” Steph said.

It was the beginning of the cracks for the couple.

“The last straw was when he blew up at me for exposing his friend to be a cheater to the girl he was seeing,” said Steph.

“My ex said that I should have stayed out of it. I do not regret what I did, but I hated how it went down. There was a lot of yelling and screaming.”

When they broke up last year, Steph was heartbroken.

“I would feel physically sick whenever I thought about him," she said.

“My hands would go clammy and I would get heart palpitations whenever I saw him. I even started vomiting out of anxiety and fear because I just wanted to talk to him so much. I was fixated on him.”

It got so bad that Steph was rushed to hospital due to uncontrollable vomiting and shortness of breath.

“They did EKGs on me and ran chest scans, but it was nothing,” said Steph. “It turned out that I had hyperventilated about the breakup so badly that it took a massive toll on my body.”

It was the turning point for Steph and made her realise that she needed to make some serious changes and work on herself.

“I started seeing a therapist and reaching out to my friends more. I also began meditating and writing things down in a journal, as well as unsent letters to him,” Steph said.

“It was an awful breakup, my worst breakup, and I’m not 100 per cent over it. But I’m getting better and feeling stronger every day.”

“He was my first boyfriend and I’d never experienced pain like it.”

Hannah had been dating her ex-partner for four years before he broke her trust for good.

“He was always being so dishonest with me,” she told Mamamia. “He would keep stuff from me, like messages from other girls, and about 50 other things that have left me with serious trust issues.”

“They were messaging each other more than he talked to me,” said Hannah.

“She sent him photos of herself and he told her personal things that he didn’t even share with me. I begged him for nine months to stop talking to her. He promised me a few times that he would, but he never did. Instead, he lied about it and deleted messages from their chats.”

For Hannah, the hardest part was learning how much he disrespected their relationship and her.

“He made me feel unwanted and worthless. I couldn’t take anymore, and we broke up three days after my birthday,” Hannah said.

“He was my first boyfriend and I have never experienced this kind of heartbreak or emotional pain before.”

“My heart would start beating really fast for a few seconds, then it would stop for a moment before slowly going back to normal,” described Hannah. “It was really scary and felt as if my body was in shock afterwards.”

While the episodes have improved, five months later Hannah is still struggling to sleep.

“I cry a lot, I’m mad all the time and I just feel so broken. Each time I think about him, I get hurt all over again,” said Hannah.

“But even though the bad days feel like 10 steps back, I’m starting to have more good days than not.”

“My advice would be to let yourself be sad and have self-care nights. Try random hobbies to see what you like and talk to your friends when you can. Also, workout! I started kickboxing and that definitely helps to get my frustration out!”

“I was so stressed that I ground my teeth in my sleep and woke up with blood in my mouth.”

For the first three months of their relationship, Francesca thought her boyfriend was perfect.

“We met at the gym and he was just amazing,” she told Mamamia. “He would take me out for dinner all the time and everything was just super romantic.”

But soon things started to slip.

“I didn’t see it at the time, but he began to constantly belittle and emotionally abuse me,” Francesca said.

“He cut me off from my friends and family and would tell me that I wasn’t good enough. He made me believe that he was the only person who loved me. But he obviously didn’t.”

When Francesca got the courage to end their four-year relationship, her ex turned even nastier.

“He told me that I was leaving the best thing I had ever had, and that I would never get anything better,” she said.

Then before she could move out, her former boyfriend started dating someone else.

“I knew something was up because he started acting even worse than usual. He treated me like a disease. He wouldn’t even look at me,” said Francesca.

“I moved out, obsessing over why this girl was better than me. He always made me believe I was never enough, so why was she? I thought nobody would ever love me again.”

That’s when Francesca started to wake up with blood in her mouth.

“I would literally tense my jaw so hard in my sleep that my teeth cracked with the stress of it all,” she said. “My heart felt physically broken. It literally ached for weeks on end.”

After the breakup, Francesca said the only way forward was self-care and focusing on herself.

“I had given this guy everything. I had moved countries for him and supported him endlessly. But I had completely lost myself in the process,” she said. “So I started working on me again.”

“I wrote mantras on sticky notes, stuck them in my wardrobe and repeated them every single day, or every time I saw them. I also got really into fitness, cleaned up my diet and stopped putting myself last. It also really helped to finally hear everyone’s real thoughts about my ex.”

“Now he’s engaged to that girl and I’m completely healed,” Francesca said. “I’m still ecstatic that I dodged a bullet.”

Reply
Upvote
1 upvotes
I'm really surprised you didn't mention Broken Heart Syndrome. Breakups have the ability to cause actual damage to the heart short term - an enlargement which puts you at risk of the normal heart functions being interrupted.
elle888 21 days ago