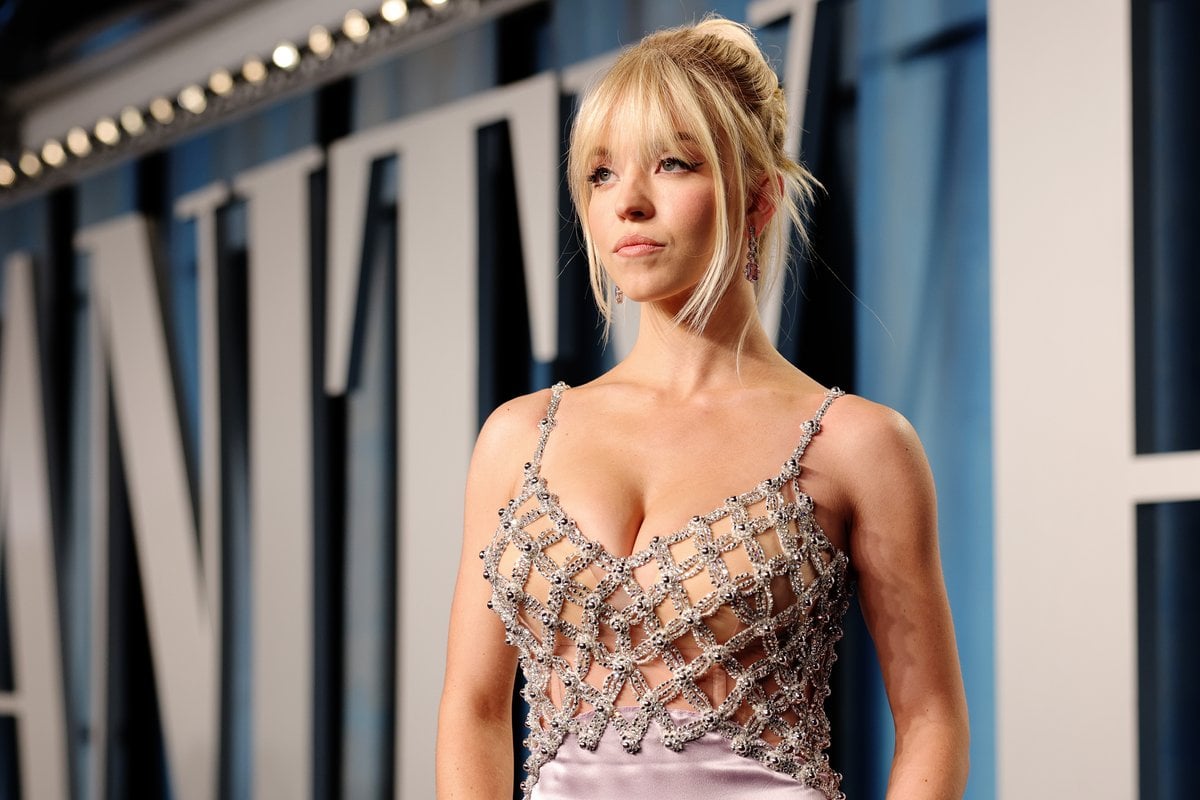 At just 24, American actor Sydney Sweeney has landed some of the biggest roles going on television.

For the past three years, she's played Cassie Howard in the hit series Euphoria, and last year, she played Olivia, in the dark comedy The White Lotus.

Both shows gained widespread critical acclaim, with Sweeney bagging her first-ever Emmy nominations for her roles in each.

However, in spite of all this, the actor says she still isn’t completely financially comfortable.

This week, Sweeney sat down with The Hollywood Reporter for a candid conversation about fame and her career trajectory, where she discussed her desire to become a "young mum".

"I want to have a family, I’ve always wanted to be a young mum, and I’m worried about how this industry puts stigmas on young women who have children and looks at them in a different light," she told the publication.

But the Euphoria star - who is reportedly engaged to longtime boyfriend Jonathan Davino - said that dream might not be possible on her current earnings.

"[I'm] worried that, if I don’t work, there is no money and no support for kids I would have," she said.

"If I wanted to take a six-month break, I don’t have income to cover that. I don’t have someone supporting me, I don’t have anyone I can turn to, to pay my bills or call for help."

Sweeney added: "They don’t pay actors like they used to, and with streamers, you no longer get residuals," before explaining exactly how her salary is divided.

"The established stars still get paid, but I have to give five per cent to my lawyer, 10 per cent to my agents, three per cent or something like that to my business manager," she said.

"I have to pay my publicist every month, and that’s more than my mortgage."

Sweeney explained that for this reason she has no choice but to take up brand deals - having worked on campaigns with Miu Miu, Laneige and most recently, Aussie retailer Cotton On Body.

"If I just acted, I wouldn’t be able to afford my life in LA. I take deals because I have to," she said.

The interviewer noted the actor doesn’t want people "to feel bad for her" but rather to be aware of "the realities of the business."

Sweeney even noted that she can't afford to purchase a gate to keep the paparazzi and fans out.

"I couldn’t believe I was even able to buy a house," she said. "I want to be able to stay there."

In the days since the interview was published, the actor's comments have fans divided online.

Many people have noted how Sweeney lacks social awareness, given the average person is unable to take six months off work or afford a multi-million dollar property.

YES, she should be paid the same as male actors in the same shows or movies she's in, whatever.
But she has a 3 MILLION DOLLAR house and she's whining that she can't take a 6 MONTH break. I can't take one week off! Come on now. #EUPHORIA #sydneysweeneyhttps://t.co/oRCxJhX9qR

The White Lotus star has been open in the past about the financial hardships her family faced when they moved to LA to pursue her acting career at 13 years old.

"We lived in one room. My mum and I shared a bed and my dad and little brother shared a couch," she recalled in the profile, explaining that her family ended up living in a motel.

The stress also put a strain on her parent's marriage, which she tried to mend.

"But when I turned 18, I only had $800 to my name. My parents weren’t back together and there was nothing I could do to help."

Reply
Upvote
Let's all feel sorry about the financial struggles of someone who can afford a $4.3 million mortgage. So relatable!
H
hellb 18 days ago