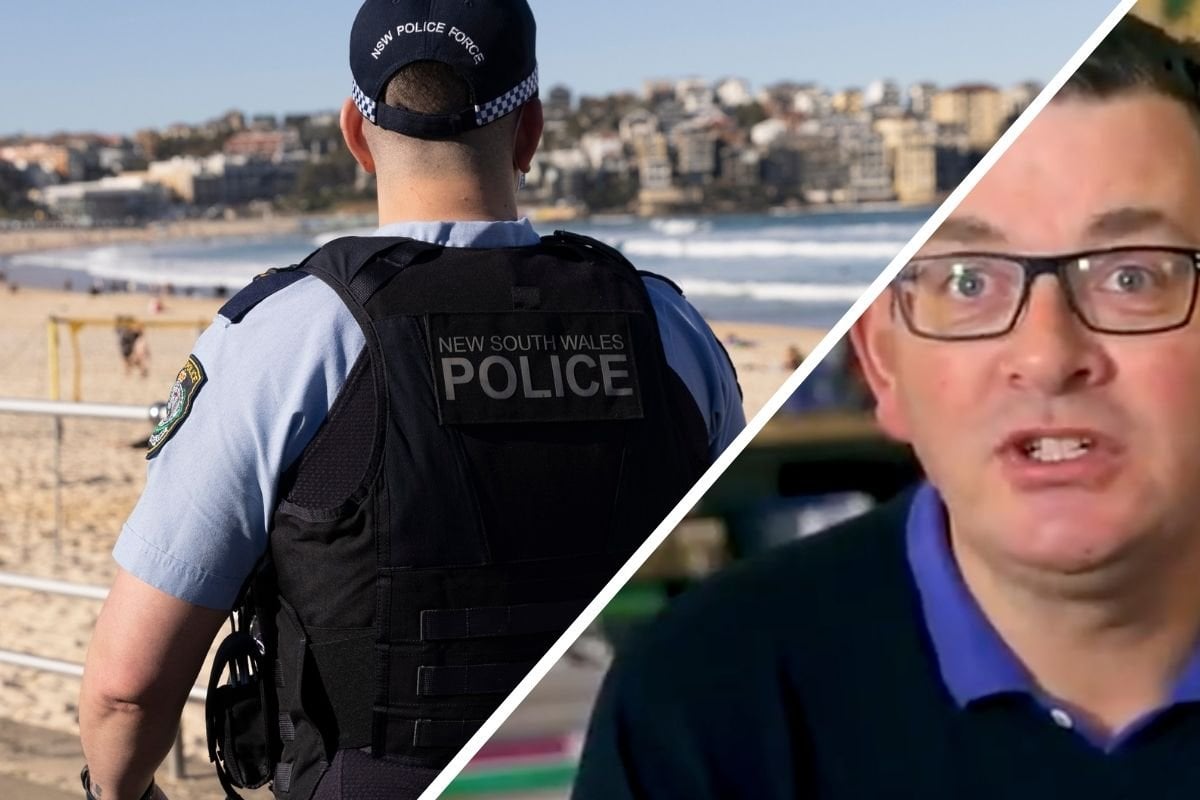 COVID-19 is enveloping Australia once again, with outbreaks across three states and a territory causing lockdowns, tightened restrictions, border closures and the potential for further measures.

An emergency meeting of the national security committee will be held on Monday. And state and territory leaders will also be summoned to an unscheduled national cabinet hook up as the federal government reacts to widespread restrictions and the subsequent impact on the economy.

"The national security committee of cabinet is meeting in the morning with a specific COVID agenda, particularly to consider the outbreaks," the prime minister's office confirmed.

The Prime Minister has called an emergency meeting of Australia's National Security Committee after COVID-19 was detected in multiple states and a territory, sparking lockdowns, border closures and new restrictions.

Our team of reporters has everything you need to know. pic.twitter.com/Niya93MLW3

The Northern Territory on Sunday reported four new cases, with the government imposing a 48-hour lockdown for Darwin and surrounding regions following a positive case in a miner.

NSW recorded 30 new local COVID-19 cases, which is the highest 24-hour total in the state since the Northern Beaches outbreak in December.

Total cases connected to the Bondi cluster have ballooned to 110 after Greater Sydney and surrounds entered a 14-day lockdown.

NSW recorded 30 new locally acquired cases of COVID-19 in the 24 hours to 8pm last night, all of which are linked to the Bondi cluster. pic.twitter.com/vJUFMWfbix

NSW Police issued more than 15 fines for offences including an eastern Sydney family of three travelling to the Hunter for a sporting event and an Illawarra cafe owner refusing to wear a mask.

In Western Australia, a woman who returned from visiting Sydney picked up the virus, prompting increased restrictions including indoor mask use.

And in Queensland, three local cases were recorded - including an NT miner who was infectious in the Sunshine Coast community and a couple linked to the existing Brisbane cluster.

The outbreaks have prompted a multitude of border tightening measures, including South Australia's closure to all jurisdictions except Victoria and Tasmania.

All states had already locked out Greater Sydney residents.

"The Morrison Government had two jobs this year - effective national quarantine and the rollout of the vaccine, and they have failed both," Opposition Leader Anthony Albanese told reporters.

"This lockdown is a direct result of that."

COVID-19 support coming via the banks.

ANZ on Sunday unveiled an extended support package for small business and home loan customers, offering short-term payment relief on asset finance or business loans, refunds on merchant terminal fees and the waiving of other fees.

It is the city's first lockdown without the JobKeeper program in place and comes in the final week of end-of-financial-year sales.

Up to $750 million of "carnage" could be inflicted on retailers alone, the National Retail Association said, while the Accommodation Association says the move has sent occupancy rates plummeting.

NSW Premier Gladys Berejiklian assured help was on the way for workers and businesses when she announced the lockdown on Saturday afternoon.

"Nobody should feel stressed or pressured to break any of the rules because of their financial situation," the premier said.

The premier reminded people the federal government COVID-19 disaster payment of $500 will kick in on July 1 for anyone in the City of Sydney, Waverley, Randwick, Canada Bay, Inner West, Bayside and Woollahra areas who has lost at least 20 hours or more of work. For workers who have lost less than 20 hours of work the weekly lump sum payment is $325.

Victorian Premier Daniel Andrews is set to return to work, more than three months after fracturing his spine and breaking several ribs in a fall.

Ahead of his return on Monday, Mr Andrews and wife Catherine released a video on social media explaining how he slipped and fell while getting ready for work at a Mornington Peninsula holiday rental on March 9.

"As I put my foot on to the first step. I knew I was in trouble. I didn't really connect with the step it just slid straight off, I became airborne almost," Mr Andrews says in the four-minute video.

"Then all I can hear is just this almighty crunch.

"When I heard the crunch, I knew. I thought this is serious, we're in trouble here."

Before I come back to work tomorrow, I thought I would share what happened. In my own words. pic.twitter.com/RkJcvPTYyu

Mr Andrews said he couldn't call out to his wife because he couldn't breathe. She found him moments later.

"It was awful because you were going blue, and we were looking at each other and I was thinking, you are going to die here in Sorrento at this holiday house," Ms Andrews said in the video.

"You're looking at me and you felt the same."

The couple thanked those involved in Mr Andrews' recovery, including his personal protective detail, paramedics, doctors, nurses and physios.

He also thanked Victorians for their well wishes and confirmed his plans to run at the 2022 election.

"I'm running and I'm running to win. There's unfinished business and I'm determined to get it done," Mr Andrews said.

Steady support for coalition in Newspoll.

Voter support for the federal coalition does not seem to have wavered despite COVID-19 vaccine rollout problems, lockdowns in two states and a nationals spill.

The coalition's primary vote was unchanged at 41 per cent, and satisfaction with Prime Minister Scott Morrison has lifted a point, according to the latest Newspoll published in Monday's edition of The Australian newspaper.

The poll period covered the Victorian lockdown, slow vaccine rollout frustrations, the start of the Sydney lockdown and state border closures to NSW.

#BREAKING The Morrison government has held its electoral ground amid a stumbling vaccine rollout, the Nationals leadership spill and state lockdowns #Newspollhttps://t.co/MO8BwAFMHx

The opposition gained some ground with Labor's primary vote lifting one point to 37 per cent while satisfaction with Anthony Albanese's performance lifted two points to 40 per cent.

But the poll shows that 45 per cent of voters are still unsatisfied with the opposition leader's performance, and 15 per cent were uncommitted.

When it came to deciding who would make the better prime minister, the result was unchanged for Mr Morrison at 53 per cent.

Mr Albanese gained a point, to 33 per cent, with 15 per cent undecided.

Discrimination of diverse women at work.

A nationwide survey of women of diverse cultural backgrounds has found that 60 per cent have experienced discrimination at work related to their identity.

Those women cited racism, tokenism and sexism as the main challenges.

Many of the women surveyed were professional office workers with 70 per cent in full-time positions and almost a third earning more than $100,000.

“The majority of women of colour in Australia have experienced discrimination in the workplace, despite their workplace having a diversity & inclusion policy in place, a nationwide survey has revealed”conducted by @WomenofColourAU with @MurdochUni #WOCLeadership @DivCouncilAus https://t.co/VyZdwEzmnV

In about 60 per cent of cases, their workplaces had a diversity and inclusion policy, the survey of 500 women conducted by not-for-profit Women of Colour Australia found.

"Our research clearly illustrates that women of colour continue to experience disproportionate discrimination and prejudices in the workplace despite the widespread rhetoric of diversity and inclusion," Women of Colour Australia chairwoman Pilar Kasat said.

NSW coach Brad Fittler has urged his side to capitalise on their dominance and push on to the most one-sided series result in State of Origin history following their game two destruction of Queensland.

The Blues cast aside an extraordinary build-up to the Suncorp Stadium clash, their backline again running rings around the Maroons in a series-clinching 26-0 victory on Sunday night.

The Blues will head into the third and final State of Origin game looking for their first clean sweep since 2000.

Josh Addo-Carr scored twice, captain James Tedesco was instrumental at fullback and Latrell Mitchell bagged an intercept try as one of several big first-half plays that set the tone for the match.

It was the first time Queensland have been held scoreless in Brisbane and followed a record 50-6 thrashing of Paul Green's men in Townsville.

- The death toll of the Florida building collapse has climbed to nine, as search crews confirm they've built a 38-metre trench to help with rescue efforts.

- Portland, Oregan has broken its all-time heat record, reaching 42.2C on the weekend, as an extended "heat dome" over the Pacific Northwest gives Americans a taste of the future as climate change reshapes weather patterns worldwide.

Reply
Upvote
You can't believe those numbers if they're printed in the Australian. We'll see how much women really like the LNP at the next election.
C
cat a year ago