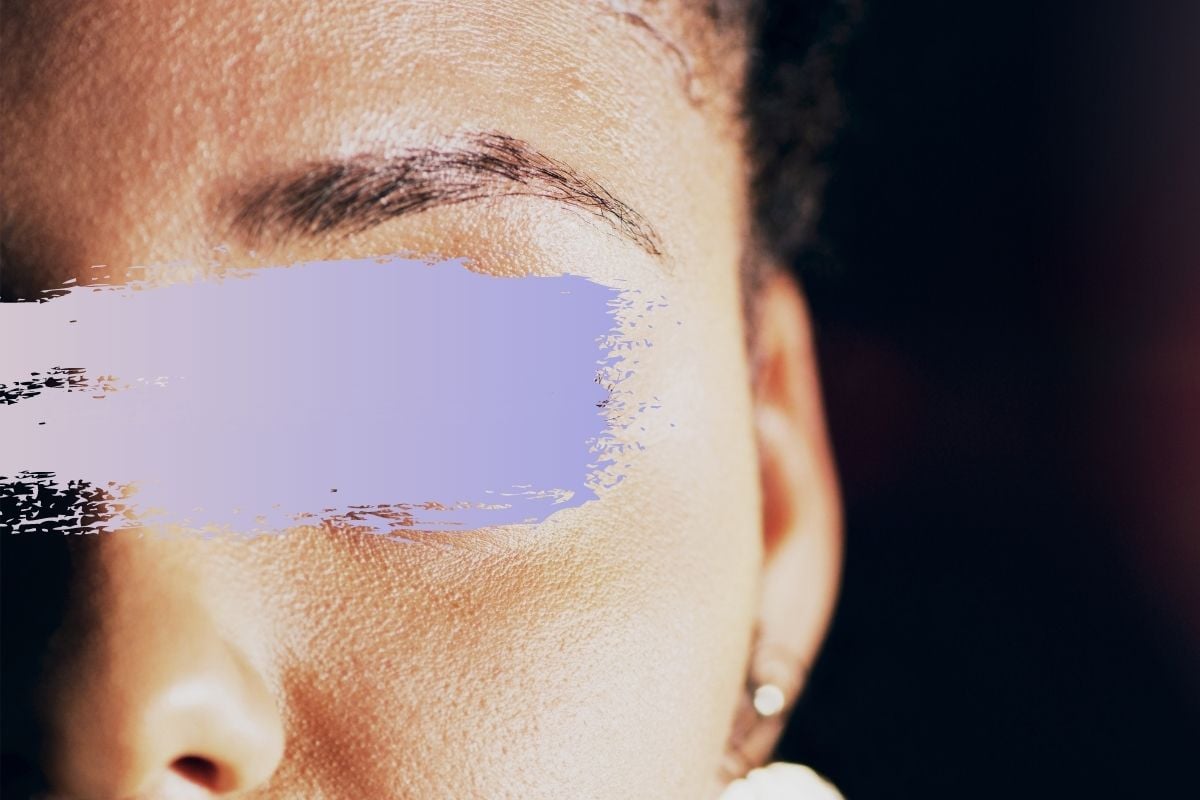 I’ll probably sound callous and selfish in this story. I suppose I am both, but it comes from self-preservation.

After my father’s funeral, I got a Facebook message from a woman claiming to have been at the event.

"I was at Dad’s funeral this morning, but I wasn’t sure if I should introduce myself," this stranger wrote.

Watch: Meet MPlus, a space for women who want more from us to get extra, closer. Post continues below.

She was right to be hesitant - no one wanted to learn about an apparent secret daughter on that day. And certainly, no one wanted to meet her. The situation was already devastating enough for my family. It would have been the last thing we needed.

My dad had assets, and I found the timing of this message suspicious. I ignored it. It made me feel ill to read that someone was calling my dad, 'Dad', and even worse to think they might be motivated by money.

I looked at this stranger’s Facebook profile photo and saw my dad staring back at me. So, I knew.

And I knew I had to tell my mum about it. I was very nervous, but as these things so often go, my mum already knew.

Dad had been supporting this woman – his daughter – for 28 years. Her mother had worked for my parents at the time of their brief affair.

It was a secret Mum (and Dad) had chosen not to burden us with for almost three decades.

Mum told us that the girl and her mother had moved interstate, and Dad supported them with a house, private school education, and financial support for the future.

I was devastated for my mum, because what a situation to be put in. Oh gosh, the fights they must have had. The times she must have cried and wanted to leave.

Of course, I was furious with my dad. But in the context of my grief, I was probably more forgiving than I would otherwise have been. Marriage is complicated and people make mistakes.

When you lose someone, it’s easy sometimes to compartmentalise the past. He was still my father who I adored. I had no intention of going back over my life and questioning things. Would good would that have done?

The person I felt most disgusted by was my half-sister’s mother – who had an affair with a family man and chose to have his baby, and live off him for the rest of her life.

How can one woman do that to another? I am so angry on my mother’s behalf.

I had grown up with this woman in my parents' workplace. I knew her. My mum didn’t know about the affair until this woman had the baby – and it looked exactly like my dad.

It broke my heart to think of my mum with us as little kids, enduring this daily hell from someone she loved, my dad – and also with someone she had employed.

The messages kept coming on Facebook, even though I didn’t respond at first.

"Dad told me about your marriage ending."

"Dad told me your ex-husband was a piece of work."

"Let’s meet if you ever come to my city. When can you do it?"

"Dad was so proud of you even though you didn’t study what he wanted you to."

That last one wasn’t true at all.

These were very confronting messages. All of a sudden, there was an extra person who called my dad, Dad, but she was a total stranger. Furthermore, it was too familiar.

I didn’t want to know through her lens what my dad thought of my life. I already knew.

My dad was my number one champion, he adored me, endlessly supported me – and I wanted to preserve that. I didn’t want anyone to disrupt my memories and my version of him.

I felt for her. This woman has been raised in the dark – never meeting her half-siblings but apparently having heard a lot about her from our shared father. She was collateral damage in a really unfair situation, created and perpetuated by her parents.

And it seemed she had been raised in our shadows – Dad boasted about us to her, but never ever mentioned her to us. She knew her place in the dark – look at what happened at that funeral. That must have been traumatic to say the least.

Living like that for her whole life, then coming to the funeral, and not coming forward. Not being acknowledged. Her grief irrelevant.

It was not her fault. My father had created this situation. But it was also not my fault.

I entertained the messages for a while, enquired about her life, and expressed sorrow for it. I knew she was craving something more. Having been raised in her mind as part of this family (albeit hidden) she wanted acceptance and belonging.

But I couldn’t give her either. The death of my father was the most catastrophic thing that had happened to me, and I didn’t have the capacity to support someone I didn’t feel any kinship to.

I couldn’t take on her trauma – even though I was so very sorry for it. I mean, I’m not an animal – I genuinely felt empathy for this woman who’d obviously been messed around by both of her parents.

If anyone had been truthful from the start, this woman wouldn’t be desperately reaching out now.

But it was a legacy I didn’t want to take on.

There was one person in her life whose job it was to fix her now – and that was her mother. A woman who, according to my half-sister, was furious her daughter wasn’t acknowledged in my dad’s obituary.

Funny that. My mum had made the decision to not announce his daughter from an affair in my father’s life-defining obituary.

Perhaps that’s something this woman should have anticipated when she had a baby with someone else’s husband. Instead, through her daughter, she enquired about the will.

I know I sound callous and selfish. But at that stage of my life, having just lost my dad, my main concern was my mum. I see my mum was complicit in the secret – but what was she supposed to do in this untenable situation?

The other woman and my dad’s daughter had been kept at arm’s length all this time, and it wasn’t for me to insist on introducing further trauma into my mother’s life.

I would not do it to her.

And so, eventually, I stopped replying to messages.

If I had felt any kinship or connection, things might have been different. But when my half-sister reached out with stories about 'Dad', I wasn’t curious.

I felt nothing for her, and wanted to keep it that way, for me, and for the only family I’ve ever known.

Reply
Upvote
4 upvotes
Irrespective of how the half-sister came to be, she should have been acknowledged at her own father’s funeral. It’s sad that reputation couldn’t be put aside for something as important as a child’s connection to their parent.

Reply
Upvote
5 upvotes
@mamajayjay The bigger tragedy is that the half-sister wasn't acknowledged once during her own father's life. It seems a little pointless to make a big deal out of her not being acknowledged at a funeral, when that acknowledgement hadn't been seen as a priority or a hurry at any point before that. Being acknowledged at the funeral would hardly undo those literal decades of damage, and it would mean the other side of the family would suffer further in their time of grief.

Reply
Upvote
1 upvotes
@mamamia-user-482898552 I agree, it wouldn’t have undone the years of damage, but it would’ve been something that could allow her to heal. As someone speaking from experience, it broke my heart more not getting the acknowledgment at my fathers funeral.

Reply
Upvote
1 upvotes
@mamajayjay I think it's a really awful situation for all sides. I can imagine the sting of not being acknowledged at a funeral - but so much so, the sting of living in the shadows for a lifetime! It's just probably too big an ask the other part of the family to accommodate the hurt of the other party as they themselves are grieving a loss. There's just no emotional capacity to give on either side - they all need to heal, but I don't think either can heal the other.

Reply
Upvote
2 upvotes
@mamamia-user-482898552 I can understand, in the moment it would be hard to do. I do think they can heal each other though, maybe not completely, but it would help, it would take time and both to be willing. To be acknowledged is a start.