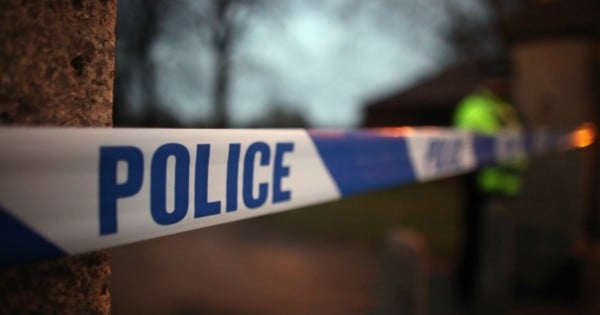 Sydney man spits on baby’s face, is run over and still escapes.

A bizarre unprovoked incident occurred in Sydney’s inner city suburb of Surry Hills yesterday when a man leant into the pram of a four-month-old to spit on it’s face.

The middle-aged man tried to run away after the incident, but was struck by a car near Foveaux Street as he was being chased by the child’s grandfather.

The man got up and fled the scene on foot.  He was last seen heading south along Crown Street, a police spokesman said.

“As you can imagine we are very keen to find out [who did this] and detectives are conducting investigations into it.” he added.

Following patrols of the area, Police were unable to locate the suspect who is described as of Caucasian appearance, in his early 40s, with a slim build and bald head. He was last seen wearing a tie-dyed shirt and shorts.

Police have issued an appeal for information about the man.

Child sex abuse victims have arrived in Rome with their families and supporters to witness George Pell front the royal commission for child abuse.

George Pell is being called upon to answer questions concerning cover-ups by the Catholic church and claims he silenced victim’s abuse complaints.

One of the victims has noted that visiting Vatican City will no doubt bring up some disturbing reminders for the survivors of abuse.

Andrew Collins was abused from age seven, by four different men in the church,

“Growing up Catholic we’re going to walk there, see all these sites and we’ll be in awe,” Mr Collins said.

“Then we’ll see all the crucifixes and collars and we’ll be triggered. So we’ll have the highs and the lows, and that’s before we’ve even seen Cardinal Pell.” he noted.

Some twenty survivors, family members and counselors will be at the hearings, which will be broadcast to Australia via video link and are expected to last four days.

18-year-old Perth man charged with murder of refugee teen.
ADVERTISEMENT
An 18-year-old Western Australian faces murder charges, following the death of Perth teenager Kuol Akut, 17, who died in hospital two days ago.
Akut became the victim of a massive brawl that broke out last Friday night in Perth, believed to have involved some 250 teenagers.
CCTV footage shows that Akut was struck in the head before falling to the ground before he was found unconscious and rushed to hospital to be placed on life support.

A refugee, Kuol Akut moved to Australia to escape violence in his home country of Sudan.  He died at Royal Perth Hospital on Thursday after six days in a coma.

‘If you know your child was there, you heard something from your child, please help us, ask your child to come forward and give the information,’ South Sudanese community leader Jibrine Jok told media on behalf of Mr Akut’s family.

Police interviewed some 180 guests who attended the party before an 18-year-old man from Balga, Perth was arrested on Friday and charged with murder.

Saudi Prince books out entire Opera Bar for datenight with his wife.

His Royal Highness Prince Saud Bin Khalid Al Faisal booked out Sydney’s iconic Opera Bar for a low key evening with his new wife, spoiling her as part of the couple’s honeymoon.

The prince requested O Bar, next to the Sydney Opera House, be closed to the general public for the evening last week, leaving the pair to dine alone in the 300-seat restaurant with spectacular harbour views.

The glamourous newlyweds booked the venue from 11:30pm and dined on crab and steak, according to venue owner Michael Moore, before heading back to their hotel around 3am.

The Government defends it’s decision to cancel passport of Queensland teenager in Syria.

The Federal Government has defended its decision to cancel the passport of Oliver Bridgeman, a 19-year-old Queenslander stuck in Syria.

Bridgeman left the QLD town of Toowoomba in March 2015, claiming he was headed to Indonesia to do aid work before traveling on to Syria.

The teenager’s lawyer Alex Jones said Oliver denies having joined a terrorist organisation but has been ordered to surrender his cancelled passport to the nearest consular post in Turkey.

Mr Jones has told the Australian Government that Bridgeman intends to return to Australia in the future, however authorities went on to cancel his passport anyway, without making any allegations that the young man has acted illegally.

Immigration Minister Peter Dutton said Australians had been warned against travelling to Syria,

“It puts our own military staff and personnel at risk, it can have devastating consequences on families,” he said.

Foreign Affairs Minister Julie Bishop on Friday would not comment on the case specifically,  but said the Government “cannot facilitate the safe passage of people out of the conflict zones”.

An appeal against the decision will be filed in a Brisbane court on Monday.