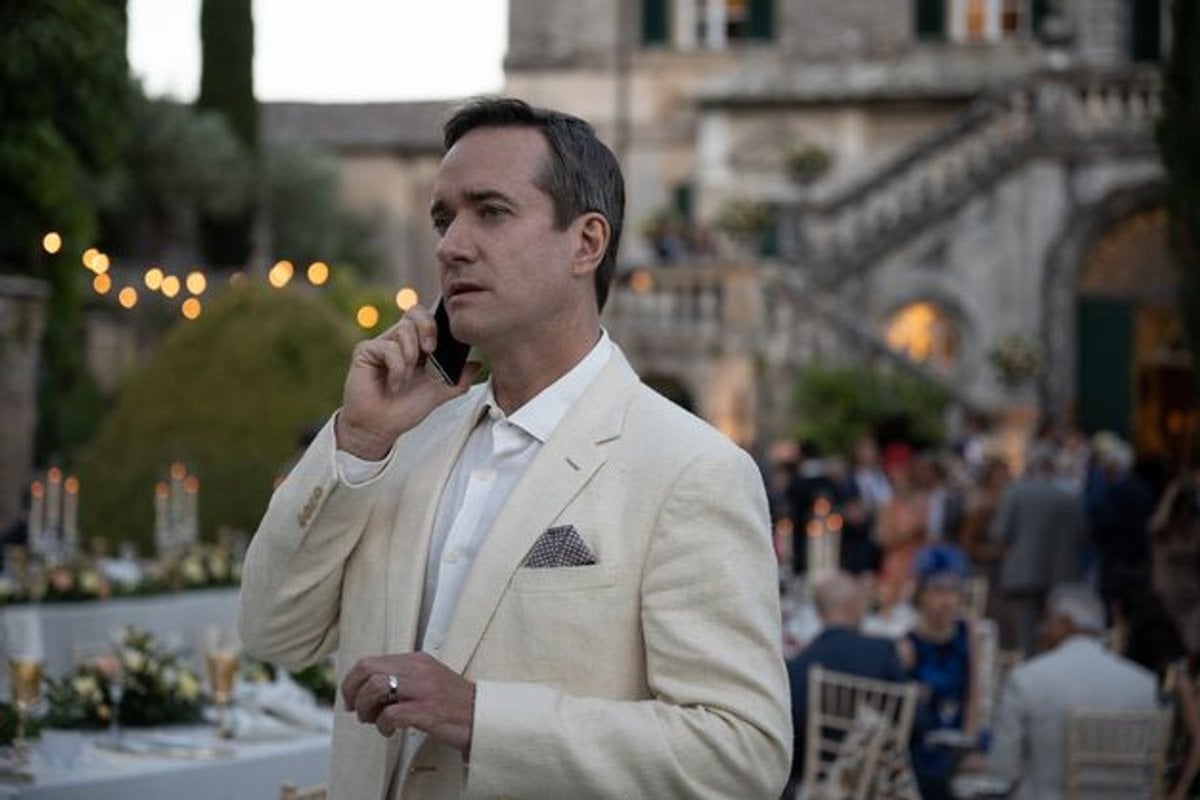 Warning: this post contains some BIG SPOILERS for the finale episode of Succession season 3. If you haven't already, go watch it on Foxtel or Binge and meet us back here.

The brilliant finale of Succession's third season had it all: a wedding, a war room, a potential weird future prince of Europe, and of course, lots of betrayal.

In the finale, the Roy siblings finally rally together (minus "big brother" Connor, who is too busy celebrating the fact that he's finally ground down his escort girlfriend Willa enough for her to accept his marriage proposal, with an extremely romantic "how bad can it be?"). FINALLY. After three seasons of in-fighting and publicly humiliating each other, Kendall, Roman and Shiv realised that was Logan's plan all along, and really, they're much stronger together.

For a moment there, it seems like they're going to pull it off and stop their father from selling off Waystar Royco, which in their own words, leaves them "f***ed". Or as "f***ed" as these obscenely wealthy billionaires can be. 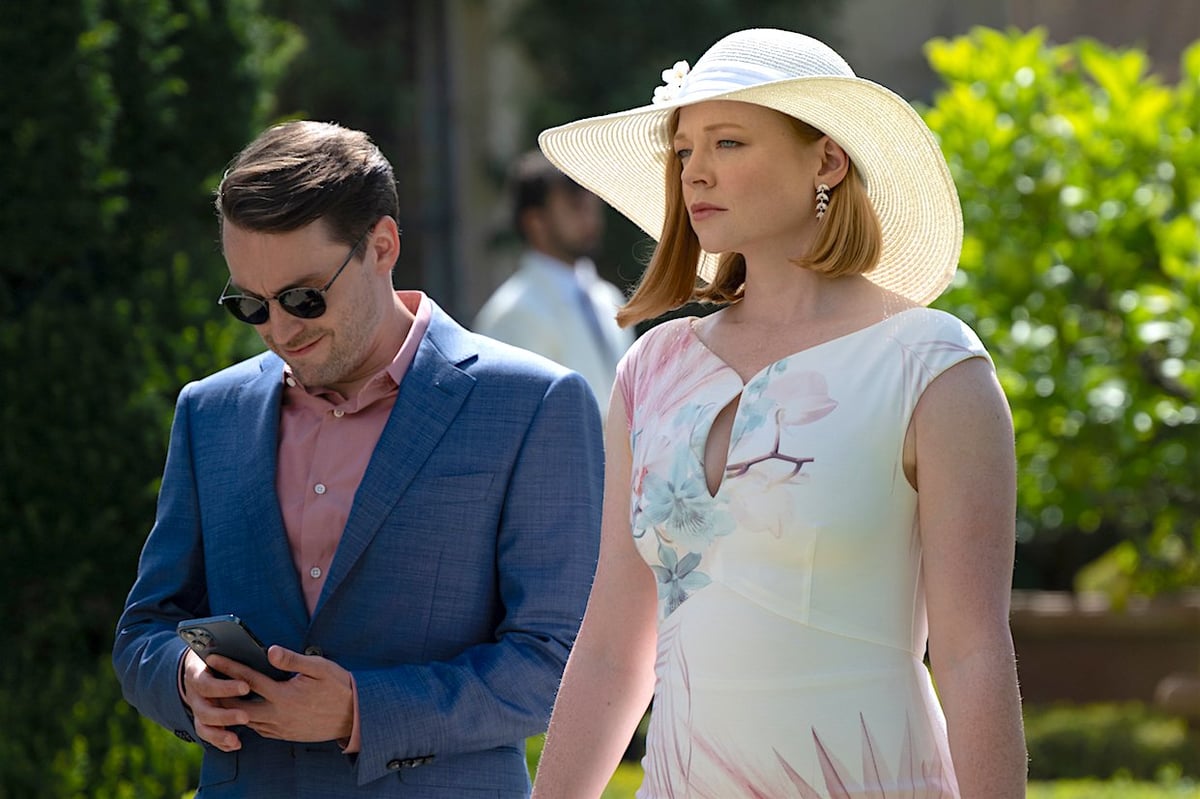 When Logan realises he cannot lure Roman, who he considers the weakest link, away from the other two, he plays his hand: someone gave him enough of a head's up that he's managed to rearrange his divorce deal with Caroline, leaving the children without their trump card.

In the process, Logan has lost his children and his company, but he still proclaims a win. As he leaves, Tom arrives. With a simple pat on the shoulder, it becomes clear how he managed to pull it off.

It had to be Tom.

Tom has spent three seasons on the outside, and we have quietly watched him go from the lapdog desperate for approval - even willing to go to prison to prove his worth - to disillusioned flight risk.

In season three, Shiv has repeatedly downplayed his anxieties about being a 'blood sacrifice', told him to his face that she doesn't love him and then gaslit him when he questioned it, and agreed to freeze embryos to placate but not fully entertain his desire for children.

The very moment she turned him into the joker. #SuccessionHBO pic.twitter.com/pLXpxRD5oV

When Shiv toasts her mother's new relationship at the wedding, saying "I hope your marriage is as rich and happy and rewarding and fulfilling as mine", that might've been Tom's final straw, if he wasn't so concerned with his own power and connection. Which is why, when Shiv calls him from the car to inform him of their plan to stop Logan, Tom sees an out that allows him to maintain - or even grow - his power and connection without her.

Like Tom said in an earlier episode; "I've never seen Logan get f***ed once."

Meanwhile, Shiv cannot see a world in which Tom does not worship her. She has treated him like dirt, and always expected he'll still be there, waiting for more of it.

Ultimately, it's the mistake of all the siblings to not consider what is happening with those in their close orbit, just outside the family. It's no coincidence that they are f***ed by three not-quite Roys: Tom, Greg and Caroline. 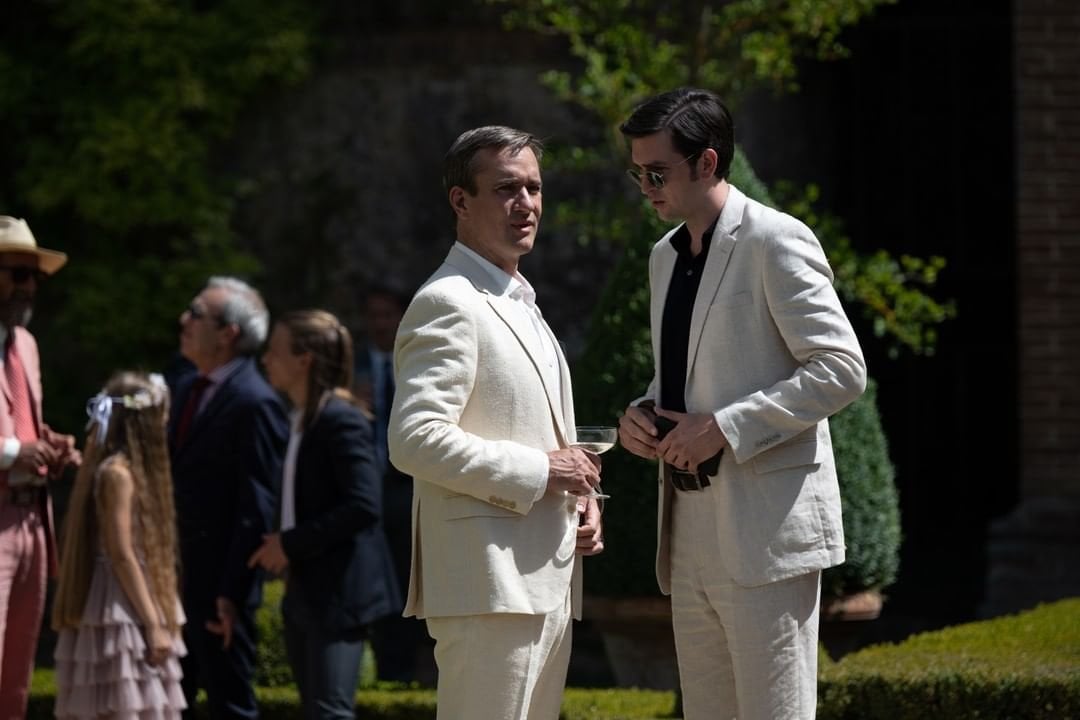 Earlier in season three, Tom tells his bestie/minion Greg about Nero and Sporus.

"Nero pushed his wife down the stairs. And then he had Sporus castrated and married him instead," he says.

Most fans took this to mean Tom and Greg would eventually team up (or, uh, run away together), which ultimately proved true. But what also proved true, and had been overlooked before now... was that Nero had to push his wife down the stairs to do it.

The Kendall vs Logan smokescreen.

For a long time, Succession seemed to be about the repeated fight between father and son.

It’s not lost on me that when shit hits the fan Kendall is the go to sibling! Shiv and Roman aren’t used to Logan gutting them. For Kendall, it’s just another day at the office! #Succession #SuccessionHBO pic.twitter.com/bMqUJwAAMD

As season three progress, Kendall realises he simply can't take down his dad on his own. The power of Logan Roy is just... too much. But Ken's not exactly great at confronting his emotion, so instead he wears big gold chains and throws extravagant birthday parties, until he cracks.

When Logan offers Kendall a way out of the company, Kendall realises that he's not his dad's 'no. 1 boy' despite it all, but just another nuisance he thinks he can pay to go away.

From here, Kendall spirals. There's the (possible? probable?) near-drowning accident in the pool, and then his complete breakdown to Shiv and Roman where he tells them about killing the waiter at Shiv's wedding.

It's only when his siblings finally acknowledge his pain (in their own messy ways) and come together as a trio, that he rediscovers his spark and launches back into business mode. Then, it's him that comes up with their supermajority vote idea to stop the Waystar sale.

In the end, none of them had a chance of metaphorically 'killing' their dad until they came together. Logan knows how powerful they are together, which is why he's spent their entire lives pitting them against each other.

The most telling moment about Roman was when, with everything else off the table, he appealed to Logan with love.

Roman is the most crass of the Roys, but he's also the one who seems to love and value his family the most. Of his siblings, he is the only one who will not publicly humiliate the others for a leg up.

He's also never stood up to Logan before. Roman is terrified of his father, who it definitely seems physically abused him as a child - and an adult, remember that slap in season two?

So when Logan mocks him, it's a realisation that Logan doesn't love them how Roman thought. He can continue to kiss his dad's arse as much as he wants, but Logan will never respect him.

the way roman went from pleading and begging with logan to kneeling down in front of gerri pleading for her to do something like the two ppl he cares the most about just used him and then did away with him like he was nothing #SuccessionHBO pic.twitter.com/CpxRPreSuN

After Logan leaves, Roman begs Gerri to help them.

He should've seen her response coming, considering it's the exact advice she shared when she started mentoring him.

In Gerri’s defense, she did try to teach Roman the way
3x04 - 3x09 #Succession #SuccessionHBO pic.twitter.com/YrOqaiLvt2

Her voice did sound apologetic, and she does care for Roman. But Gerri can't help them win, so why would she help them at all? Like everyone else on this show, she looks after herself first.

As if Roman didn't have enough trust issues.

The reactions are... so good.

Here are just some self-indulgent memes and reactions, because the internet is hilarious:

Tell Shiv. I want her to know it was me. #SuccessionHBO pic.twitter.com/AUJXMwCNH1

Me to me before making a bad decision #SuccessionHBO pic.twitter.com/HqIdV2AoHb

i'm sorry give brian cox the emmy for his shiv impersonation

When you realize they won’t even start filming the next season until June.#Succession #SuccessionHBO pic.twitter.com/5LZ1Uw0non

And finally... just a few other incredible details I can't stop thinking about: 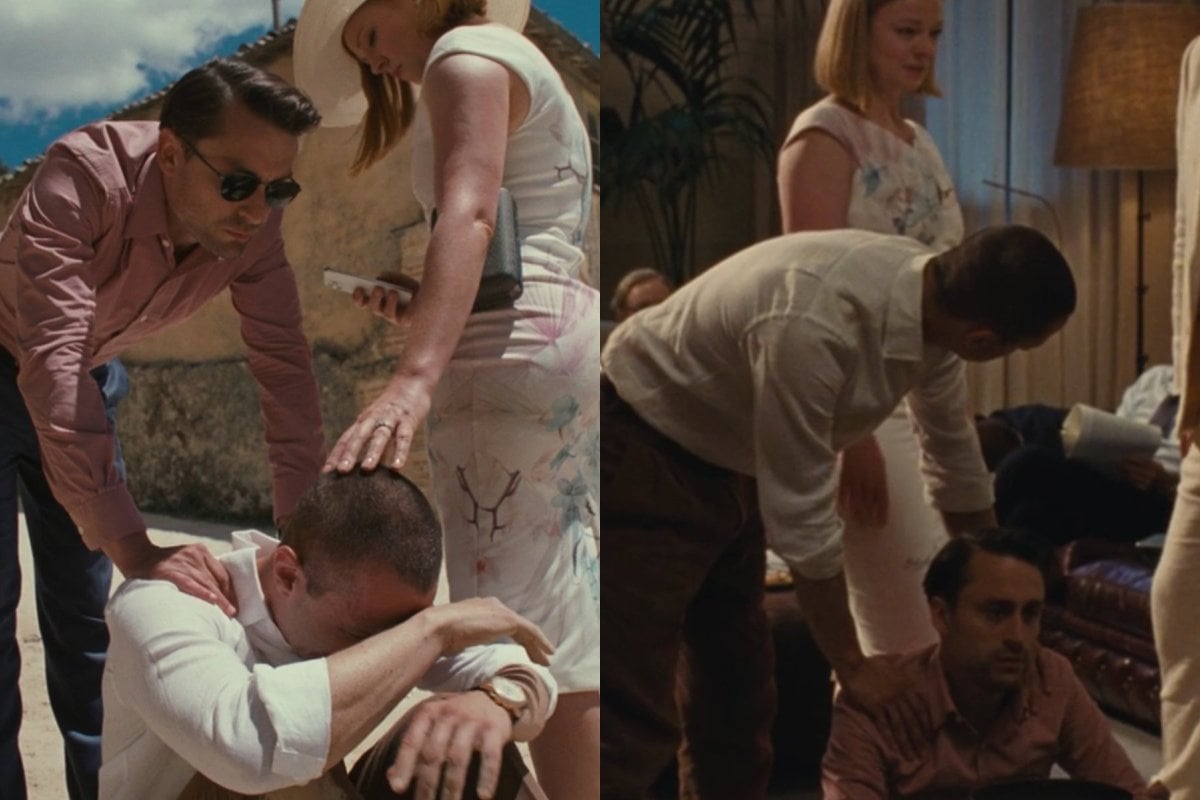 Succession is available to watch On Demand on Foxtel.