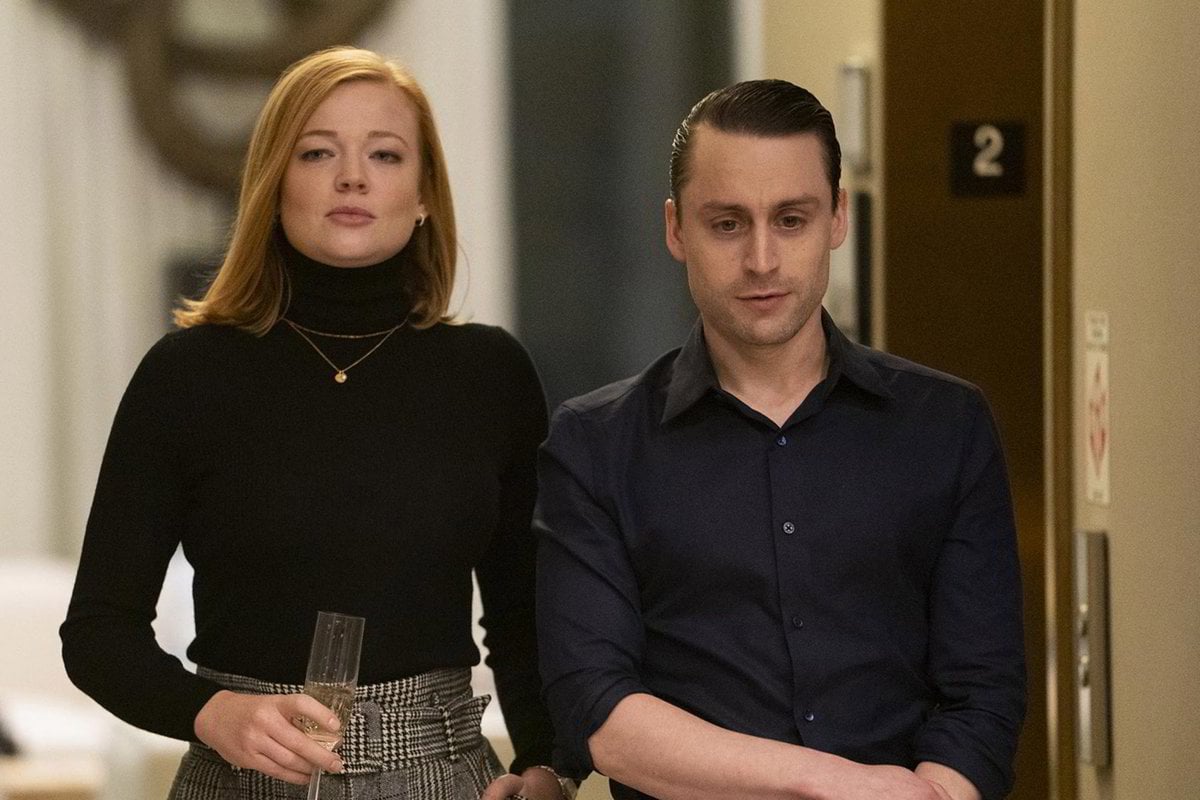 There's a thing people do when they start watching Succession.

They pull out their phones, google "Is Succession based on the Murdochs", discover that yes it is, and then go back to gleefully watching rich people do terrible things to each other.

WATCH: The trailer for season two of Succession. Post continues below.

While watching the opening scenes of Succession, you're immediately reminded of two media dynasties.

Logan and his sons, Roman and Kendall, who are constantly locked in a power struggle, are a sleekly scripted, HBO-spin on News Corp's Rupert Murdoch and his sons, Lachlan and James.

And quietly dominating Shiv is creator Jesse Armstrong's take on US executive Shari Redstone, who forced her ageing father's hand to take control of his company.

What makes Succession so addictive is the fact that you feel like you're getting the good gossip. These media dynasties are famously secretive, they control the media, so the media rarely reports on them.

We see glimpses of them getting on and off their private jets, lounging on their yachts, holidaying on private islands we've never heard of. We hear snippets about their business dealings and the billions and billions they're worth.

And we've always suspected that what goes on behind those closed doors is wild.

Succession pulls back that mystery and lets us look at those media dynasties in their raw, money-grabbing nakedness.

It's like a drama-filled reality TV show, but the main characters are some of the most powerful people in the world and the drama they're creating has the potential to affect millions of people's lives.

When Logan suffers a stroke in the first episode, Roman, Kendall, and Shiv begin to battle it out to become the heir to his throne.

They ploy and plot against each other, forming alliances and quickly breaking them as soon as a better opportunity comes along.

What makes Succession different to other family dramas is the fact that every single character on the show has the same goal - to outwit their family members so they can gain more power, money and influence.

As an audience we rub our hands together with glee as the Roy children continue to attempt to out-manoeuvre, outwit, and outplay each other, only to be pitted at the post every time by their father, the original manipulator, who they will never be free from.

Our obsession with reality TV shows like the Real Housewives franchise and our unstoppable appetite for tabloid gossip, means a show like this was always going to hit a nerve with the masses.

And the fact that it's wrapped up in a HBO package of witty dialogue, a stellar cast and an unforgettable opening sequence, only makes it even more bingeable.

We're fascinated with rich people, the terrible things people do to become rich, and the unspeakable acts they will perform to stay rich.

Watching Succession - and finding out that they're all miserable under their buckets of money - only makes us feel better about our own lives.

The rise of Succession is proof we'll never tire of watching rich people do terrible things to each other.

You can watch the first two seasons of Succession on Foxtel and Binge now.