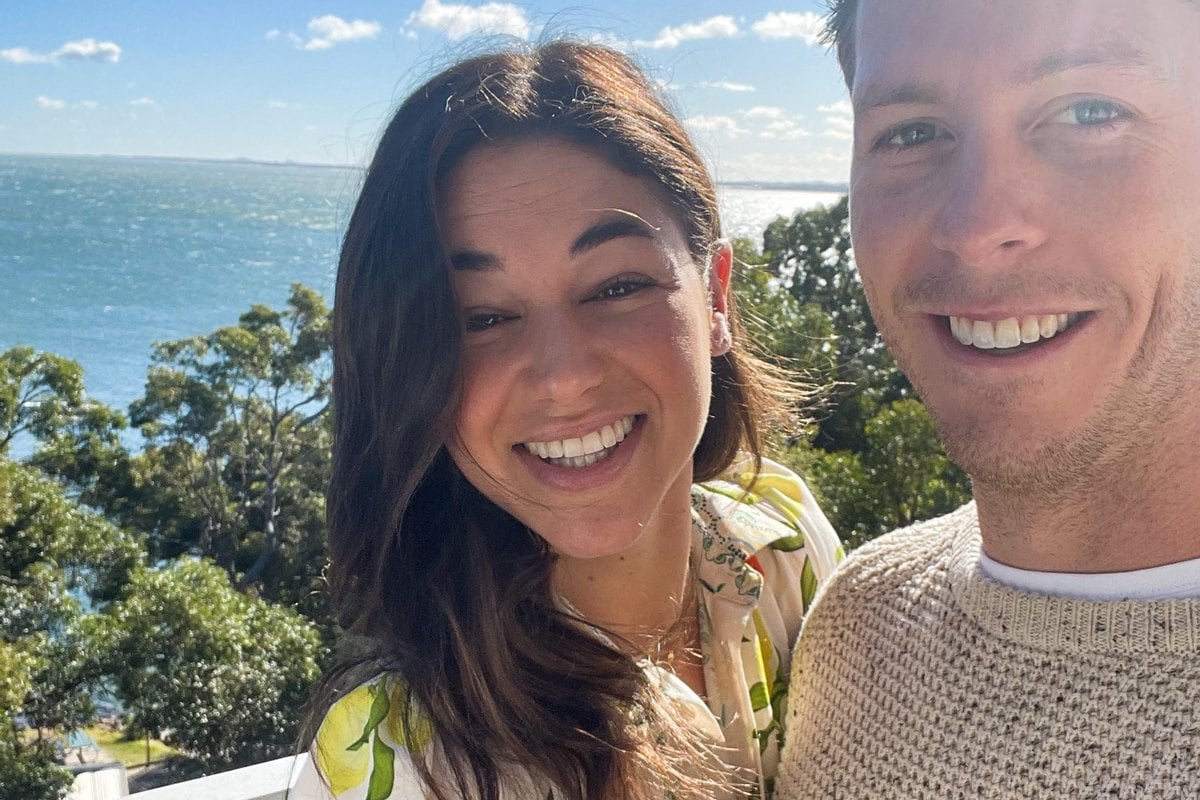 On a night out a few years ago, a friend announced she was pregnant with her third baby. Cue celebratory hugs and excited questions about morning sickness and the due date.

As the happy mum-to-be finished answering all our enquiries, she looked over at my mineral water and cheekily said with a raised eyebrow, "And why aren't you drinking?".

I understood at the time that she meant no harm, people have been asking me in myriad ways if I was pregnant since I got married in 2003 at 24 years old. On this occasion, the question was playful. Wouldn't a surprise second pregnancy have added to our collective joy?

Watch: A tribute to the babies we've lost and the significance of remembering their names. Post continues below.

The trouble was, I had recently been pregnant but then suffered a third painful miscarriage in our quest to conceive a second child. The barrage of curious 'when are you having another baby?' questions I received as a mum to an only child often hurt and wore me down. Reminding me of the fact I was no longer pregnant, but desperately wanted to be. It's only now that I am in my early 40s with two kids at school that people have thankfully stopped asking.

This experience of having your belly and non-drinking status constantly commented on is something that 30-year-old HIT breakfast radio host Jess Farchione relates to.

"After I got married [last year] and as my career in the media progressed, there was definitely an increase from people on social media who took almost anything I posted about or said on air to be a sign of 'cluckiness'," Jess recalls.

While questions from friends and family might be one thing, Jess says that pointed comments from strangers on her social media posts were unsettling.

"Instagram has been the main platform I receive these sorts of questions, and honestly, what bothers me the most is they're not really questions. It's not, 'When are you having a child', or 'Are you trying?'

"They're accusations. It feels like they're trying for a 'gotcha' moment.

"On a recent TikTok video I made someone commented, 'Huge knockers and a week off drinking? You're pregnant LOL.'

While Jess hasn't experienced pregnancy loss, she knows women who have. She also wonders what the obsession with posting these types of comments is about.

"My initial feelings are confusion and annoyance. I don't understand how, particularly some of those above examples, have anything to do with my fertility... and I am struck by how flippantly we bring up pregnancy.

"After the confusion and annoyance however, I'm mostly sad.

"I know so many women and their partners who have experienced pregnancy loss, so I know, albeit secondhand, how devastating it is.

"All I think is, what if it was one of those women who received these sorts of ongoing comments online? How cutting and hurtful would that be and how many dark emotions would that bring up?"

Listen: Dr. Manuela Toledo talks through the facts including why miscarriage occurs and whether it affects your chances of future pregnancy. Post continues below.

One of Jess' good friends, who has suffered multiple miscarriages, told Jess how work clients often try to guess whether she is pregnant.

"She had one client come in, insisting she could sense that my friend was in fact pregnant this very moment, when actually my friend had miscarried only 24 hours earlier.

"She has beautiful twins now and still people comment things like, 'Oh you're lucky it wasn't triplets.' When in fact she was carrying triplets but lost one and just wants to say, 'Actually we fell pregnant with triplets and we would've loved that', as well as, 'Mind your own business'."

Jess knows that most people are not purposely trying to be malicious and that they just want to celebrate joyful pregnancy news.

"I can only speak for myself and I definitely understand and even appreciate that people care about me and what's going on in my life. I don't have children but I know that when my friends have told me they are expecting, the immediate and sustained emotional response is huge! I am OVERJOYED.

"I think we as a society associate having a baby with something to celebrate, to toast, to throw parties over. We don't consider the hardship that could've proceeded it or continues to shroud it." 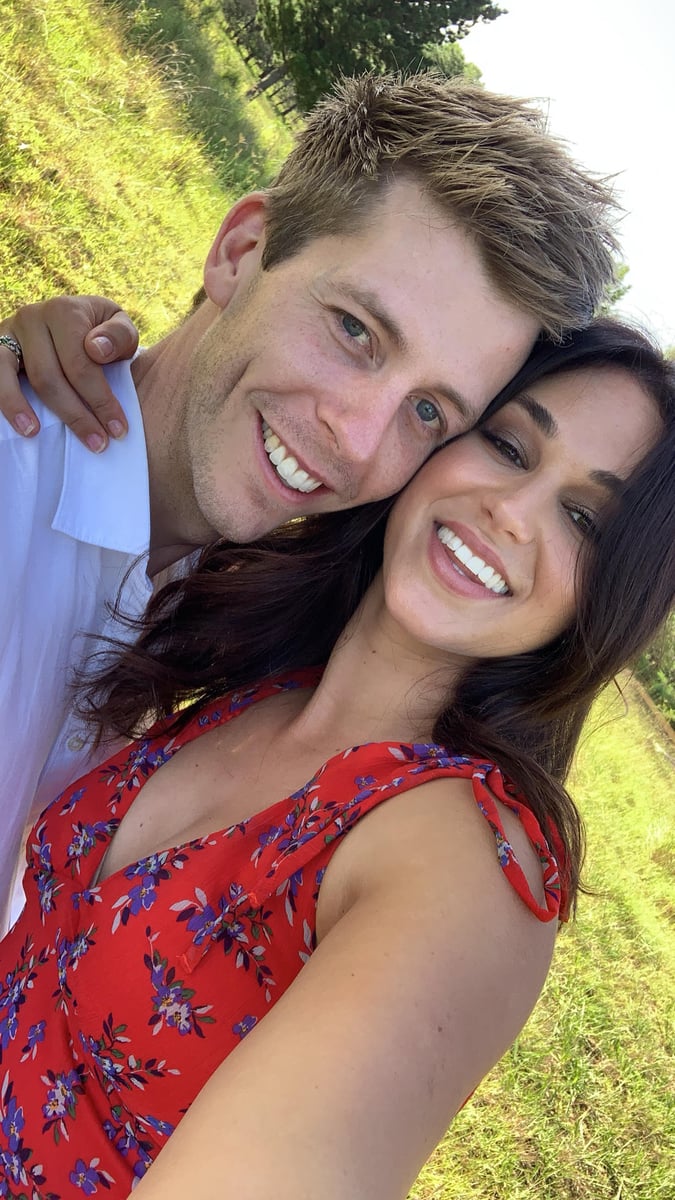 Jess believes that while a wanted pregnancy announcement is a joyful event, we should simply wait to be told the good news, rather than jumping in and asking questions that might be hurtful or just downright intrusive.

"Pregnancy and infant loss is so much more common than you know. Odds are, someone you know has experienced this deep pain behind closed doors. What will guessing, speculating, questioning, or bugging that person achieve? Is it even about you?"

Since discussing the topic and her own personal barrage of pregnancy themed questions on her breakfast radio show, Jess has been inundated with supportive messages from women who have struggled with fertility or miscarriage and people who hadn't considered what they were asking.

"One message I received thanked me for talking about this topic because it was something this man had just never considered. He said occasionally he would tag one of his female friends in those Facebook posts that say, 'Tag the mate who's getting pregnant next'.

"He wrote, 'I realise now that I don't know what effect that might have on her, given I don't know any issues she may or may not have in this area, currently or in her past.' I thought that was really cool."

Jess says the people she knows and loves will know she is pregnant as soon as she is comfortable sharing the news.

"Friends and family know me well enough by now not to guess and they know I am an open book. I can't keep a secret to save my life and I love sharing my joys with those around me so when it happens, if it happens, they'll be told, in my own way, in my own time."

Have you ever been asked if you were pregnant when you weren't? How did that make you feel?