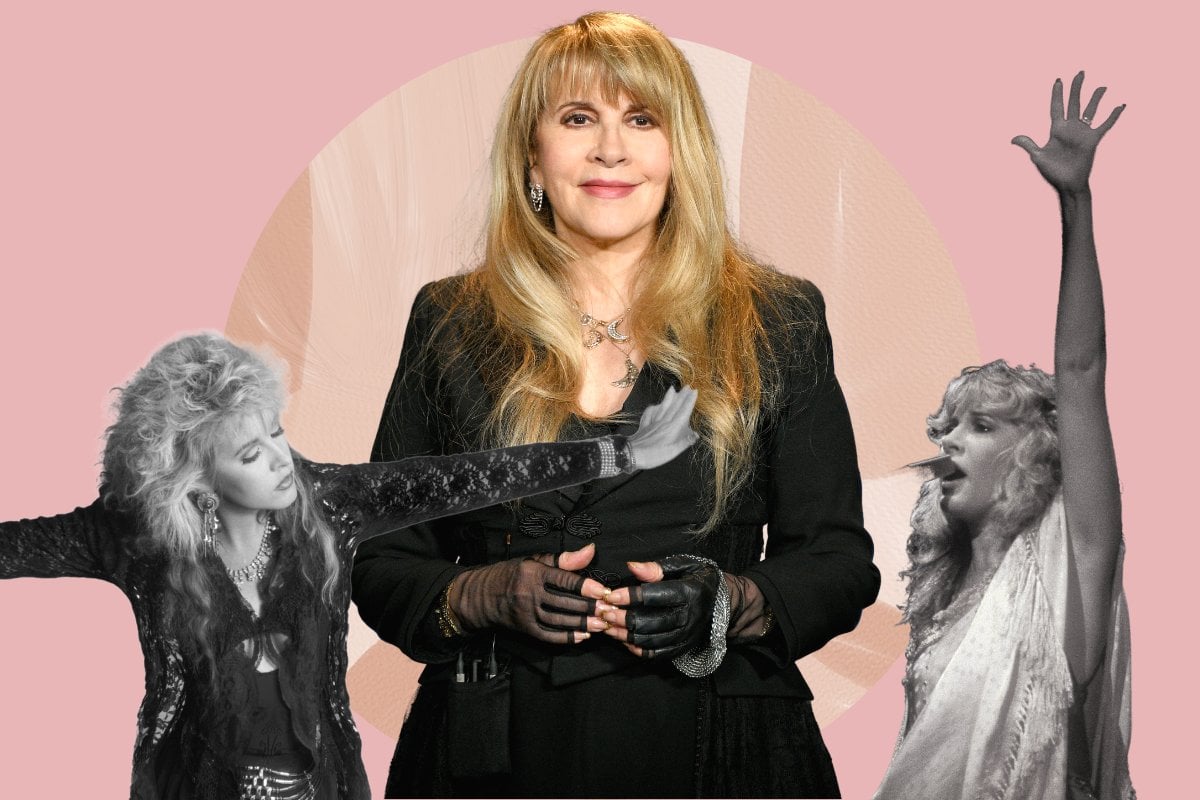 Stevie Nicks has an incredibly interesting life story - not that she has any plans to tell it.

The musician, 73, has been open and honest about the less glamourous parts of her life as a solo artist and part of one of the world's biggest bands. Over the years, the Fleetwood Mac singer has shared plenty of stories of the band's many, complicated relationships and affairs as well as their drug habits, which she claims they spent "millions" of dollars on.

Nicks has no plans to follow in the footsteps of other celebrities with a memoir or a biopic. But if she ever does, that part - the drugs - probably won't make it in.

"I managed to save myself. I got through some pretty scary moments, but I saved me, nobody else saved me," she told Tim McGraw on his Apple Music show Beyond the Influence Radio in August 2021.

"I checked myself into rehab. Nobody did that for me. I did it and that's like with my whole life," she continued. "So I would dance over those parts just to give the wisdom out to people." 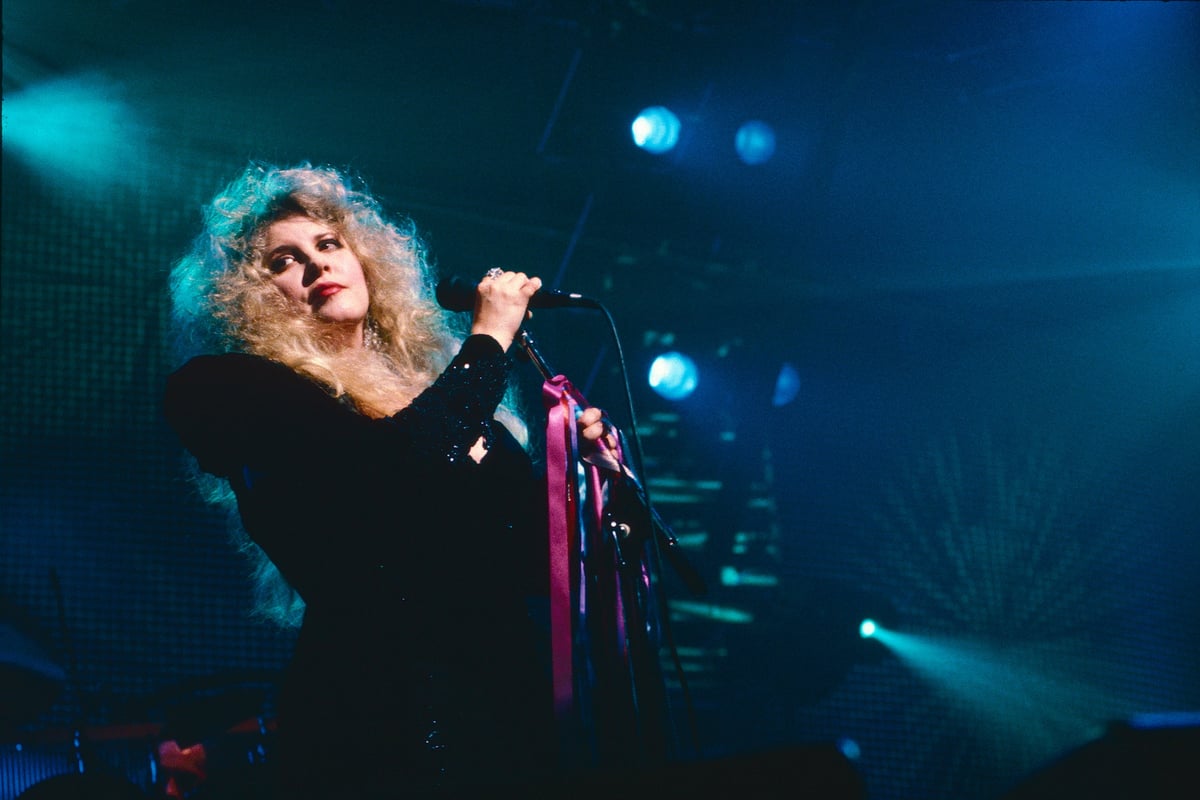 Nicks joined Fleetwood Mac in 1975 with her then-boyfriend Lindsey Buckingham.

By the time they began recording Rumours - considered one of the best albums of all time - their relationship had broken down and many of the lyrics from the hit songs we know and love are Nicks and Buckingham taking swipes at each other.

Buckingham wrote 'Second Hand News', 'Never Going Back Again' and 'Go Your Own Way' about Nicks who duly responded with 'Dreams'.

The band was also heavily using drugs, namely cocaine. By 1986, five years after Nicks began a solo career, she was told the coke had burned a hole in her nose and she could die if she continued.

Nicks checked herself into the Betty Ford Center, a residential treatment centre, and after 30 days, she emerged clean.

But this presented new challenges: Nicks wasn't sleeping well and everyone in her orbit was hovering, terrified she'd fall back into old habits.

"So when I left Betty Ford, I felt that I was fine. But my world was terrified that I was not fine," she told The Telegraph in 2007.

"They were terrified I was going to start doing it again. I think everybody knew I wasn't an alcoholic, because I'm not; but I drank." 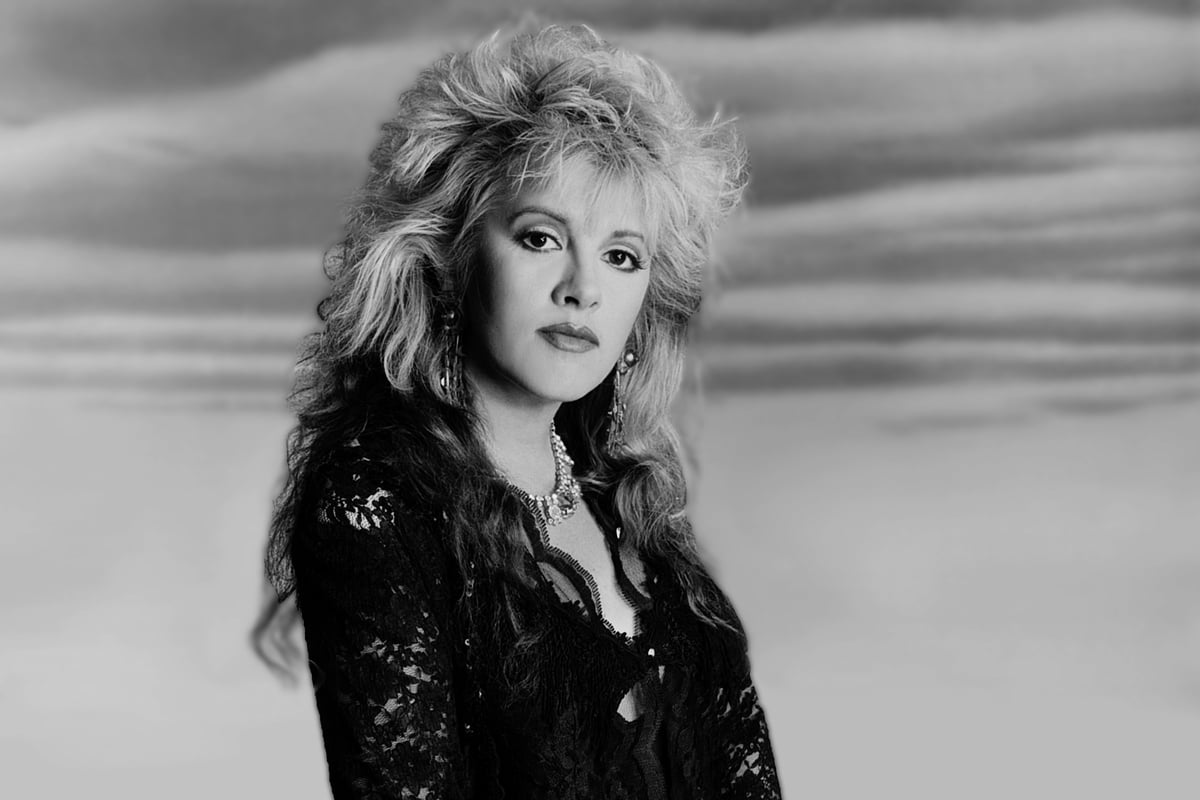 Her friends and family wanted her to go to AA, which she did not want to do.

"The next best thing in everybody else's eyes was for me to go see a shrink. I really didn't want to go. But I finally just said 'all right in order to get all of you off my back,'" she recalled.

She went to a psychiatrist who would change the course of Nicks' life.

He prescribed a powerful tranquilliser called Klonopin, 'to calm her nerves a little', which ultimately led to another addiction.

She toured the US and Europe in 1989 as a solo act, but later said she had "no memory of this tour" because of the increasing amount of Klonopin she was being prescribed.

Her doctor kept upping her dose, and Nicks became more reclusive and lost her creative spark.

"I'm now not even writing songs anymore. I was living in a beautiful rented house in the Valley, and just pretty much staying home," she told The Telegraph.

"I started to notice that I was shaking all the time, and I'm noticing that everybody else is noticing it too. And then I'm starting to think, do I have some kind of neurological disease and I'm dying?" 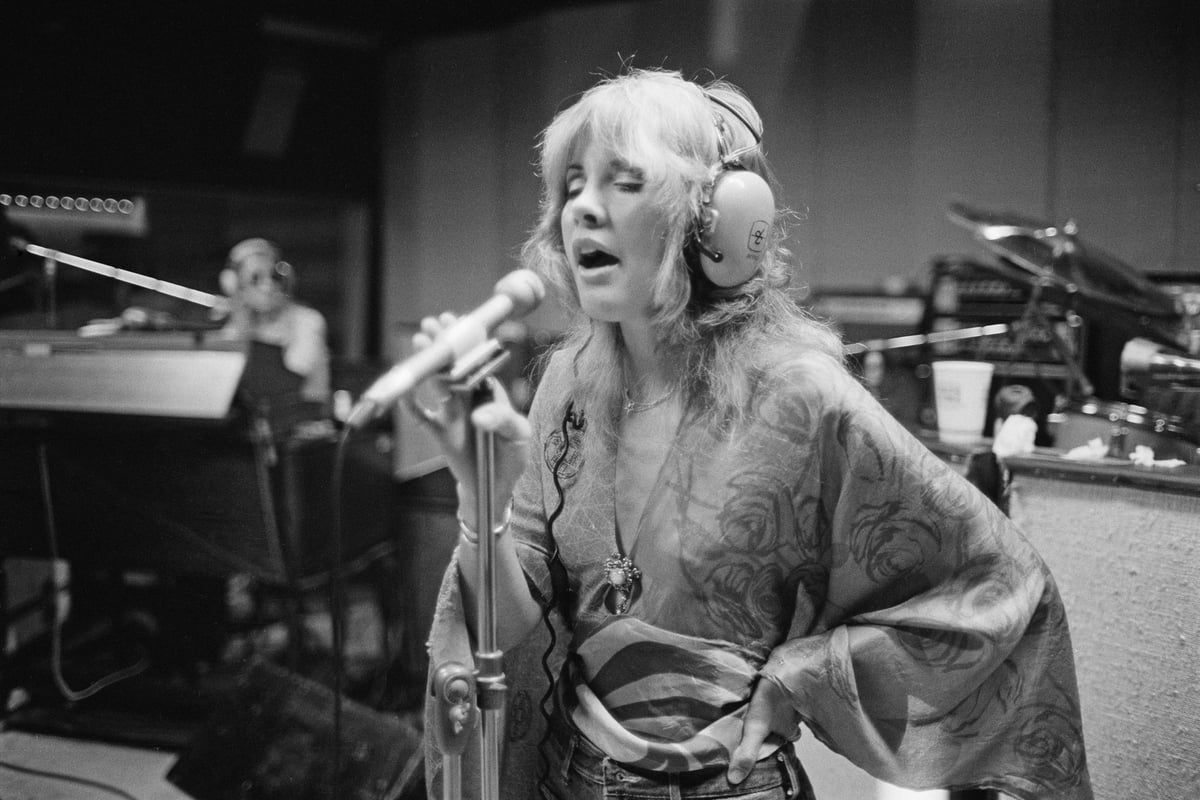 The dependency continued throughout the early 1990s until late 1993, when Nicks held a baby shower at her house, tripped over a box, passed out and cut her forehead.

"I'm one of those people who doesn't injure themselves. I was horrified to see that blood. I hadn't had enough wine. I knew it was the Klonopin," she said in 2009.

She and her close friend and personal assistant Glenn decided to test the impact of the drug on him to see just how damaging they were being.

Glenn took the dosage and within 30 minutes told Nicks he didn't think he could drive home. Nicks said he was almost hallucinating, and the realisation emboldened her to call her psychiatrist.

That was the realisation Nicks needed, and she admitted herself into hospital where she stayed for the duration of her 47-day detox.

"I nearly died. I moulted. My hair turned grey. My skin started to completely peel off. I was in terrible pain," she said. 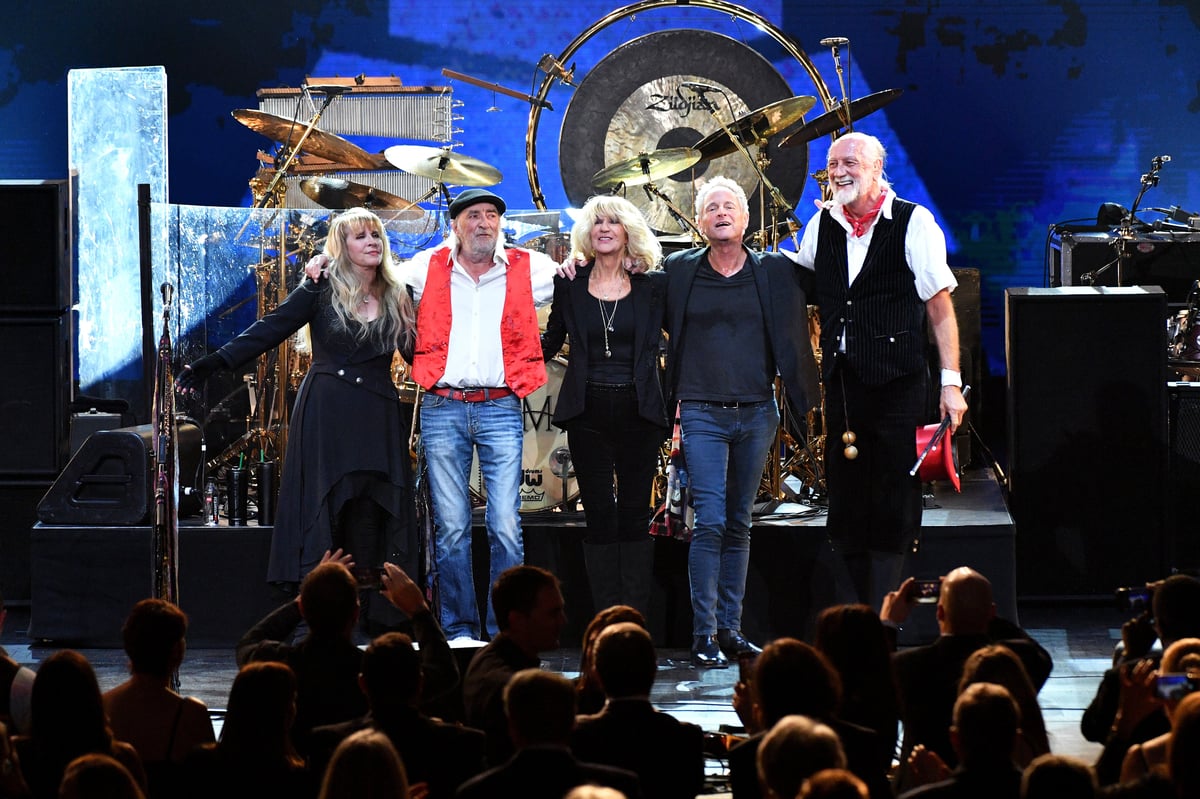 She reflected on the Klonopin being worse than the cocaine.

"That was the prime of my life, and he stole it. And you know why? Because I went along with what everybody else thought," she told Rolling Stone in 2017. "So what I would tell my 40-year-old self: 'Don't listen to other people. In your heart of hearts, you know what’s best for you.'"

Looking back, that is her only regret.

"It's a very subtle drug; you just don't feel it much, or so you think," she told The Guardian in 2020. "On the bottle, it says: 'Take as needed.' That's the stupidest thing I've ever heard. So you think: 'Well, I need it every two hours.' It's addiction in a bottle.

"It was a totally non-time. I just existed. It took away all my wonderful drama, my tempestuousness, my compassion, my empathy – all those things that drove me to my piano. I say to myself now: 'How did you survive eight years without your wonderful drama?'

"I always look back and think: what could I have done during that time?" 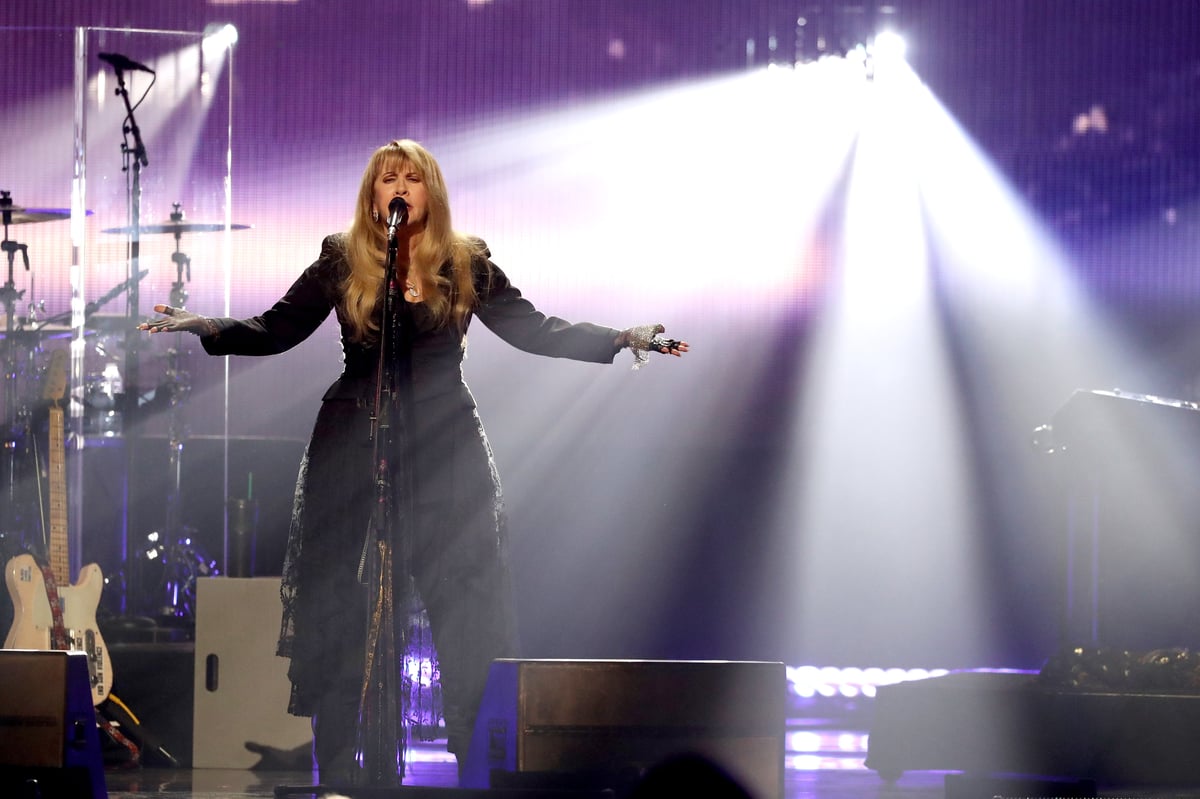 Nicks has been "very sober" since and has no plans to stop adding memories to her colourful life story.

"My friend Doug Morris, who's been president of, like, every record company, said to me once, 'When you retire, you just get small.' Stand up straight, put on your heels, and get out there and do stuff."

The COVID-19 pandemic has only accelerated that desire to continue creating and performing.

In September 2020 she announced a live album and concert film and the following month released her first new music in six years.

"I look at these next six or so years as my last youthful years, when I'm going to feel like putting on six-inch heels and dancing across a stage for the world. Because, really, at some point you have to go, 'OK, you'll be 80 – just exactly how long can you cartwheel across the world?'" she told the Daily Telegraph in 2020.

"I don't have that much time left to be a rock star."