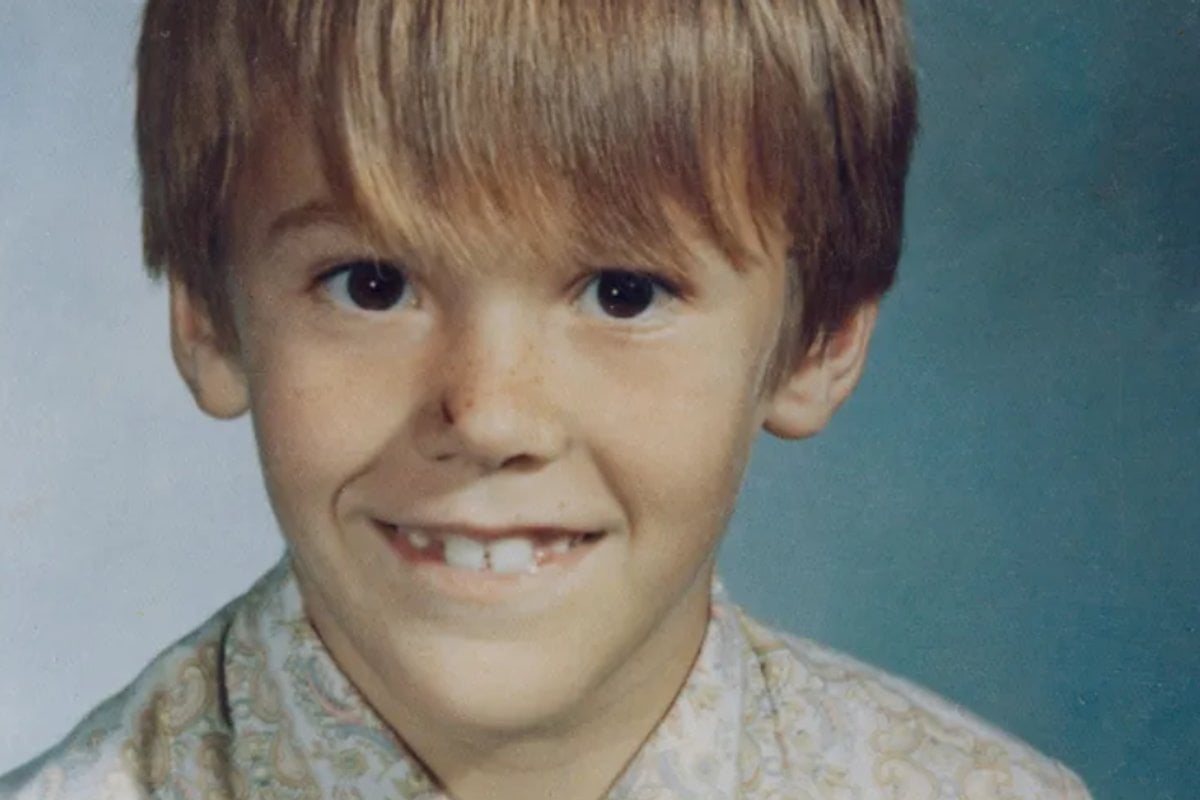 Content warning: This story deals with child sexual assault and abuse and could be triggering for some readers.

Before we begin, I should tell you that this story doesn't end happily.

It should have. It could have. And maybe that's what makes it all the more tragic.

This is the story of a seven-year-old boy named Steven Stayner. On the afternoon of December 4, 1972, Steven was walking home from school in Merced, a city in California, when a man handing out religious pamphlets approached him.

The man's name was Ervin Murphy. Murphy had befriended serial paedophile Kenneth Parnell, and the two were in cahoots.

That afternoon in December, Parnell was driving the car, while Murphy was soliciting for charity donations. Steven, thinking his mother might want to donate something, got into the car with the pair because they promised to drive him home and talk to his mum.

It would be seven years before Steven would see his family again.

Watch: The trailer for documentary Captive Audience: A Real American Horror Story, which tells the story of Steven Stayner. Post continues after video.

Parnell drove them to a remote cabin and told Steven he was now his legal guardian because his parents didn't want him anymore. He gave Steven the new name of Dennis, brainwashed him, and would go on to introduce him to people as his son.

He molested Steven on that first night and raped him days later. The torment and abuse continued throughout the seven years he, and his accomplice (Murphy) held Steven captive.

Sickeningly, as Steven entered his teen years, he became "too old" for Parnell. And so, the paedophile hatched a plan to kidnap another young child.

He asked his friend Barbara Mathias, a woman who had molested Steven as well, to kidnap a child for him. When Mathias failed, he made Steven do it. The 14-year-old also failed – on purpose.

Parnell then bribed and threatened one of Steven's friends, Sean Poorman, into doing the kidnapping. Poorman was successful in abducting a seven-year-old named Timothy White.

Steven, unable to live with the knowledge that another young boy would go through what he went through, escaped with Timothy in the middle of the night. The cabin was miles from nowhere, but somehow, they made it to a police station in the early hours of March 2, 1980. 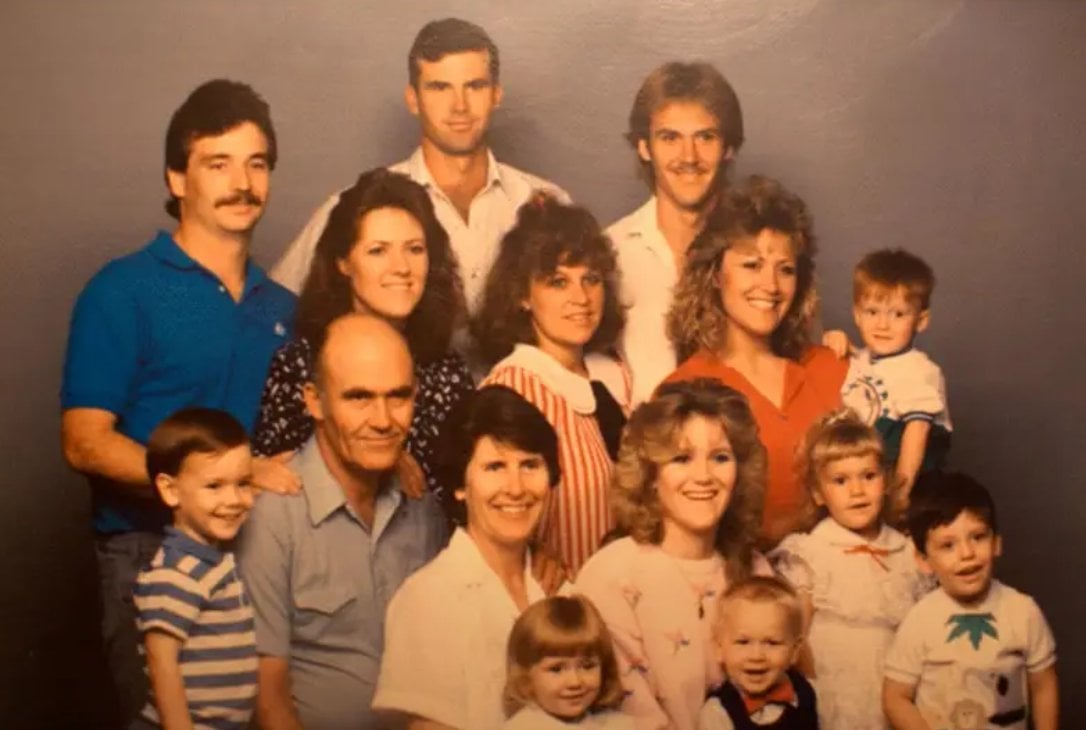 Parnell and Murphy were arrested and imprisoned.

Steven and Timothy were joyously reunited with their families. It seemed that the whole of America, riveted by Steven's story of capture and courage, rejoiced with them.

If the story ended here, it would be a happy one.

But as I told you earlier, that is not the case for this story.

What happened to Steven Stayner?

After Steven returned home, he was of course a very different person. He had gone through immeasurable trauma.

He dropped out of school after the other children teased him over the sexual abuse and rape he endured.

At home, he and his parents argued over his attitude and lifestyle. Steven had been given free licence to drink and smoke when he lived with his abuser, and his parents were obviously against this.

In one of the saddest indictments of just how low he was feeling, Steven questioned if everyone would have been better off if he had never come back.

Back in those days, therapy was still seen as taboo. Steven's father was adamant that his son did not need counselling, even though Steven was severely psychologically and physically affected by his kidnapping.

Things got so bad that Steven was eventually kicked out of the house by his dad.

Once Steven entered his early 20s, life began to pick up. He got married to Jody Edmondson in 1985, had two kids (Ashley and Steven Jr) and was training to become a security officer while working at a pizza shop.

He worked with children and child-abduction agencies, teaching them about stranger danger and how to keep safe.

In 1989, a miniseries based on Steven's experience was released by NBC. It was called I Know My First Name Is Steven and received four Emmy Award nominations, including Best Miniseries.

On September 16, 1989, the night before the Emmys, Steven was killed in a hit-and-run accident. 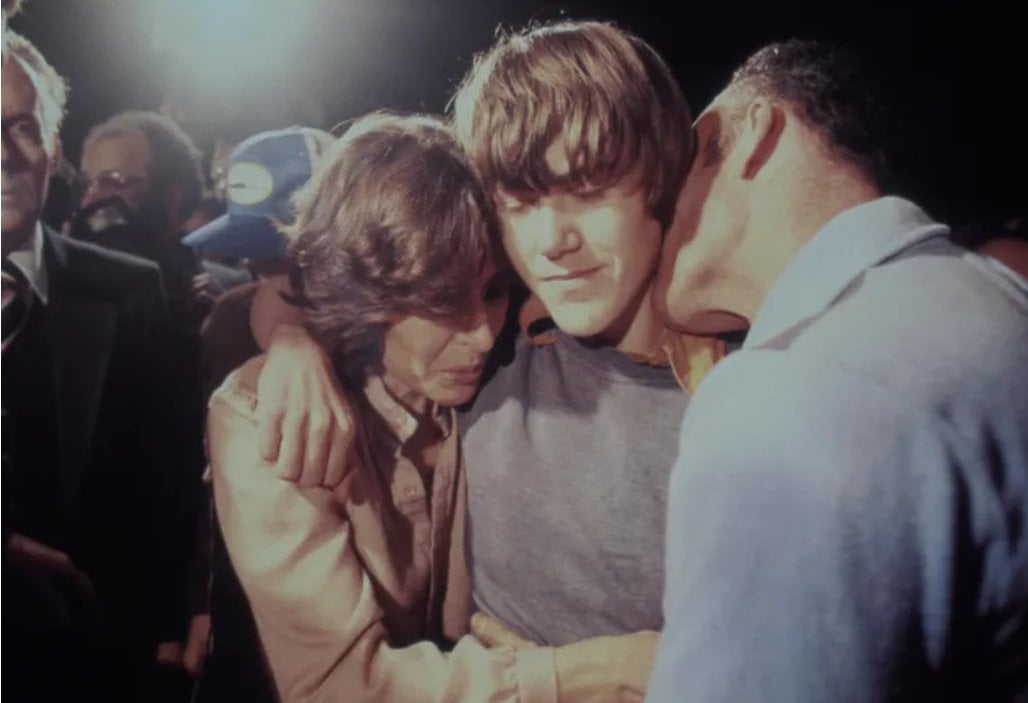 Steven Stayner and his parents reunited after his abduction. Image: Hulu.

In 1999, Steven’s older brother, Cary, was convicted of killing four women at Yosemite National Park where he worked. Most people now know him as "The Yosemite Park Killer".

Cary was 11 years old when Steven was kidnapped. He claimed he was placed under a lot of pressure to look after the family after the abduction and eventually went to stay with his uncle Jesse. A year later, Jesse was shot and killed in his home, and the murderer was never found.

In a recently released documentary on Steven's life and death titled Captive Audience: A Real American Horror Story, it was suggested that he was jealous of the attention Steven received after he returned home and committed the crimes to gain notoriety.

His mother Kay refused to talk about him in the documentary.

Cary testified in court to not knowing why he committed the murders and pleaded not guilty by reason of insanity.

He is currently on death row in San Quentin, California. 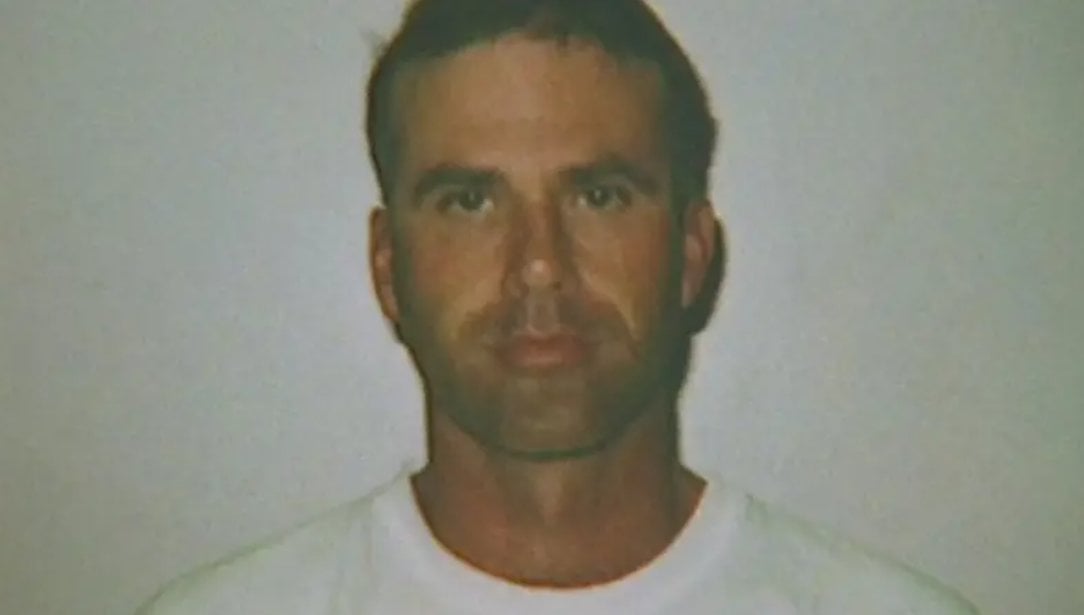 What happened to abuser Kenneth Parnell?

Cruelly, Parnell was sentenced to a mere seven years in prison for kidnapping Steven and Timothy. He was free in five years due to "good behaviour".

The sexual assault and abuse the boys went through, particularly Steven, was not part of the trial.

Even more cruelly, 20 years before kidnapping Steven, Parnell had been arrested for the abduction and assault of another young boy. He served only four years in jail. He had also been previously arrested for armed robbery.

In 2004, Parnell was finally given a just sentence of 25 years to life after trying to coerce a care worker into trafficking a four-year-old boy online. The care worker notified the police, who carried out a sting operation to ensure a conviction.

He died in prison in 2008 from natural causes.

What happened to Timothy White?

Timothy and Steven shared a unique bond and kept in touch over the years.

When Steven died, Timothy was 14 years old, the same age Steven was when they escaped from their abuser.

He served as one of Steven's pallbearers at the funeral.

Because of what happened to him, Timothy was determined to make a difference. He became a policeman and would give numerous speeches about child safety.

Timothy even forgave Sean Poorman, the teenager who kidnapped him.

In 2004, he testified at Parnell's trial and helped put him away for good.

He went on to marry his wife Dena and they had two children together.

In 2010, Timothy died suddenly from a pulmonary embolism.

And there you have it. The whole sorry, sad, terrible tale. I told you it wouldn't end happily.

This is the kind of story that stays with you for a long time.

I should know - I haven't forgotten it, even after all these years. I was a kid when I watched I Know My First Name Is Steven and it was more terrifying than any horror movie I'd watched then. Probably still is.

But I think it's important to remember the good parts too: Steven was a hero. He saved Timothy. 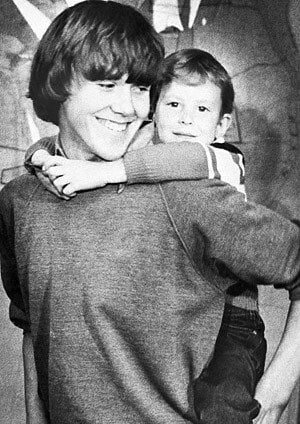 If you have experienced childhood trauma, you can speak with a Blue Knot Helpline trauma counsellor on 1300 657 380. You can also call 1800 RESPECT (1800 737 732) – the national sexual assault, domestic and family violence counselling service.

Reply
Upvote
I remember the movie, i think stephen dorff was in it but what a tragic ending to all of it and how horrific that the perpetrators weren't sufficiently imprisoned after what they did.