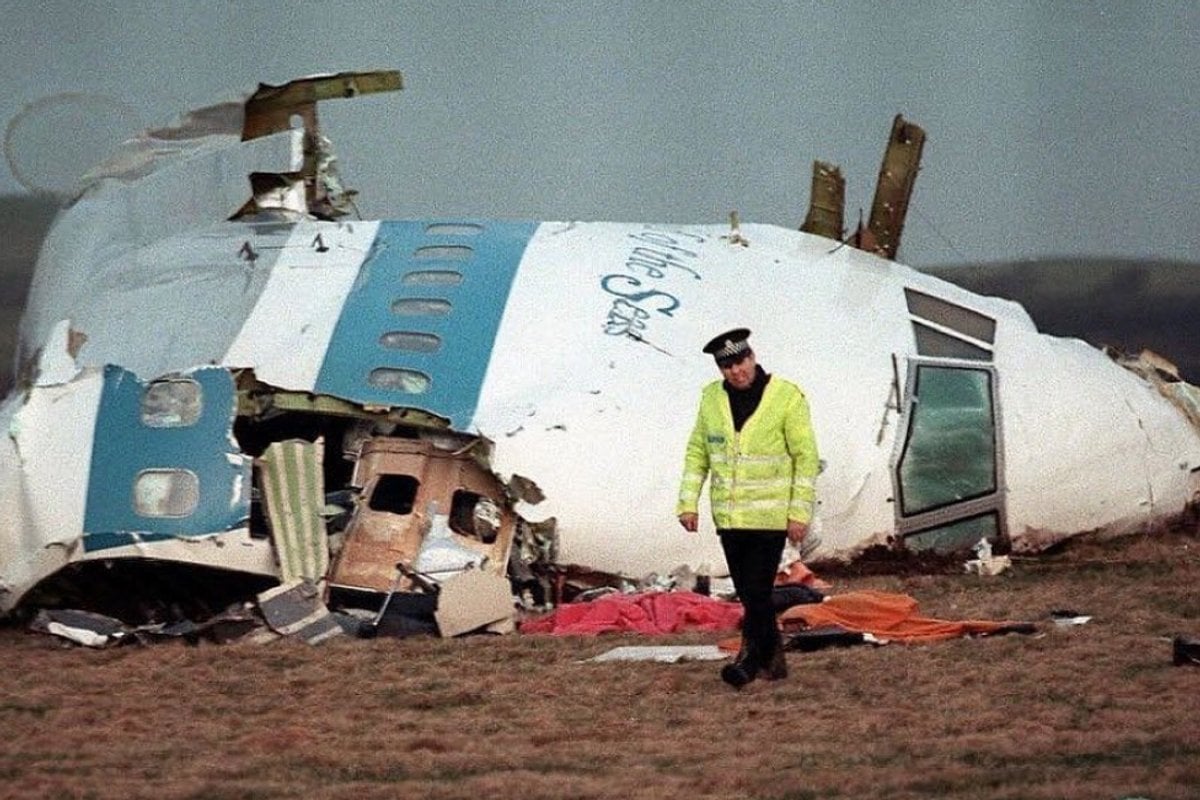 It was four days out from Christmas, just after 7pm on December 21, 1988, when it happened.

Pan Am Flight 103 - a regularly scheduled transatlantic flight from Frankfurt, Germany to Detroit, USA - exploded from a terrorist bomb at 30,000 feet in the air.

On the ground below, the residents of the small Scottish town of Lockerbie were pottering around in their homes. It was a wet and windy night, and the only sign something was wrong was a strange whistling sound.

As the explosion ripped the plane apart in the sky, debris and bodies rained down over 845 square miles of the town.

All 243 passengers and 16 crew members died in the terrorist explosion. Babies, children, students, grandparents, mothers, fathers, sons, and daughters - the ages of the dead ranged from two months to 82 years.

Eleven Lockerbie residents were also murdered. Amongst them were 14-year-old Steven Flannigan's parents and his 10-year-old sister.

Steven, who had gone to a neighbour's residence to check over his sister's Christmas present (a new bicycle), could only watch on in horror as a section of the plane wing hit his home at more than 800km/h and exploded, obliterating a number of houses on Sherwood Crescent.

The body of his sister was eventually found in the 30-foot crater gouged out of the street.

His parents' bodies were never recovered. 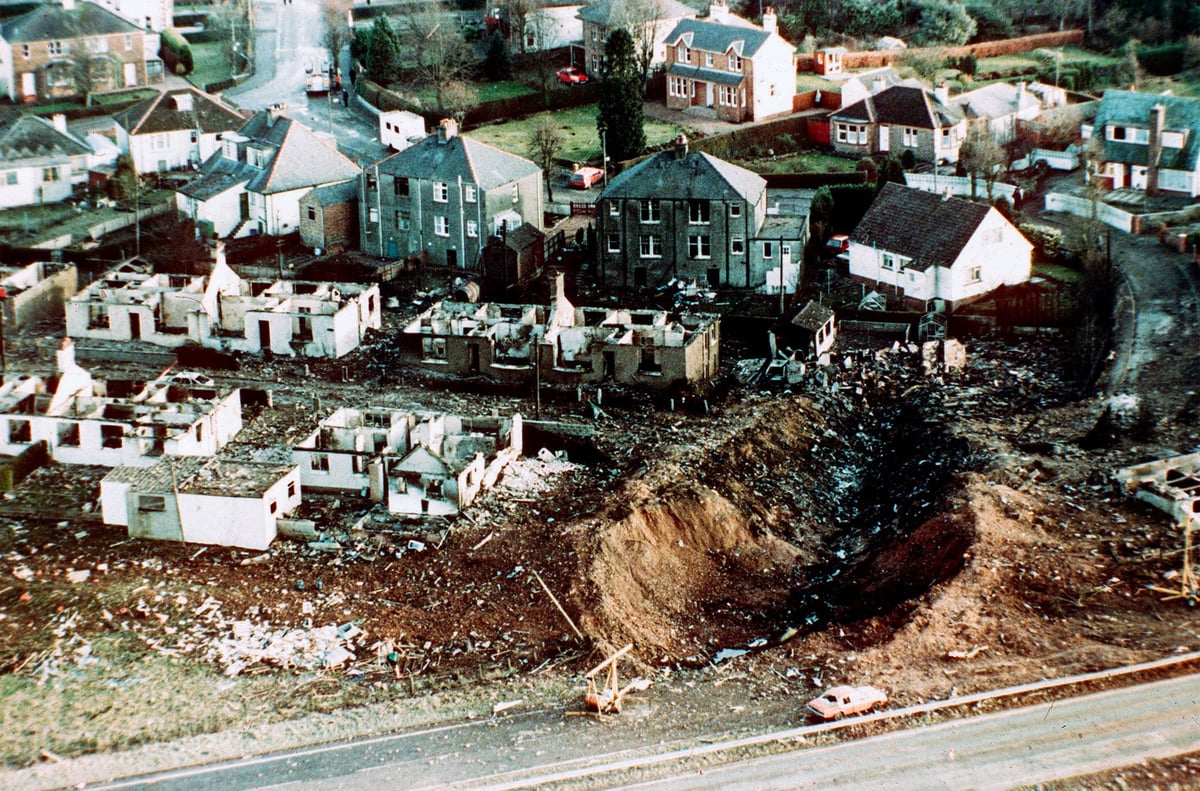 The aftermath of the plane explosion in Lockerbie. Image: AAP.

The young boy became known as the "orphan of Lockerbie", a moniker that would follow him all his life.

Steven's only surviving family member was his 19-year-old brother, David. After getting into an argument with his parents a few weeks prior, David had been living with a friend in the seaside town of Blackpool. He'd been due to return home on Boxing Day after reconciling with his family over the phone.

Marjory McQueen, a neighbour and friend of Steven's parents - Kate and Thomas - recalled how happy Kate had been to know David was coming home.

The day after the tragedy, Marjory sat with David as he returned to Lockerbie. "Eventually he stumbled outside to the crater that had been his home. He returned carrying this tiny, plastic watering can, the sort of thing you might buy for 50 pence at Woolworths. All fluorescent pinks and greens, and completely untouched," Marjory told The Guardian.

"He brought it in and put it down carefully next to his chair. Then he said, 'That's all that I can find of my family'. This stupid little thing had lain there untouched, while his family were literally bombed into oblivion in a blast so fierce that cast-iron fences streets away melted into puddles, and that was all that was left.

"It broke my heart."

As relatives of the passengers arrived to identify the dead, the residents of Lockerbie opened their homes and their hearts to the grieving family members. Town volunteers set up a canteen that stayed open 24 hours a day, offering both relatives and investigators free meals, beverages, and counselling.

The residents washed and dried every piece of clothing that police determined was of no forensic value, and returned them to the families of the dead.

More than 5,000 investigators, responders, FBI, and Scottish authorities combed the countryside, recovering 319 tons of wreckage and thousands of pieces of evidence. The entire investigation would take several years and more than 10,000 interviews.

In 1991, the British and American governments charged Libyan intelligence officials Abdel Basset Ali al-Megrahi and Lamen Khalifa Fhimah for the bombing. [On December 21, 2020, 32 years to the day after the explosion, a third person, Abu Agela Mas’ud Kheir Al-Marimi, was charged.]

The Libyan government, then led by Muammar Gaddafi, accepted responsibility for the bombing - although Gaddafi stated he did not order the bombing - and agreed to pay nearly $3 billion to the victims’ families.

Millions of that compensation went to Steven and David. Steven invested his share, but David spent the money on drugs, cars, and alcohol. He called it "dirty money".

On December 29, 1993, just five years after the explosion, David died from a heart failure. He was found in a cheap hostel in Thailand.

"It was awful when the news of David's death came seeping into the village," Marjory said. "It just seemed so horribly unfair that anything more could happen to the remains of a family that had been through so much and to Steven in particular, who was trying so hard to make a new life for himself." 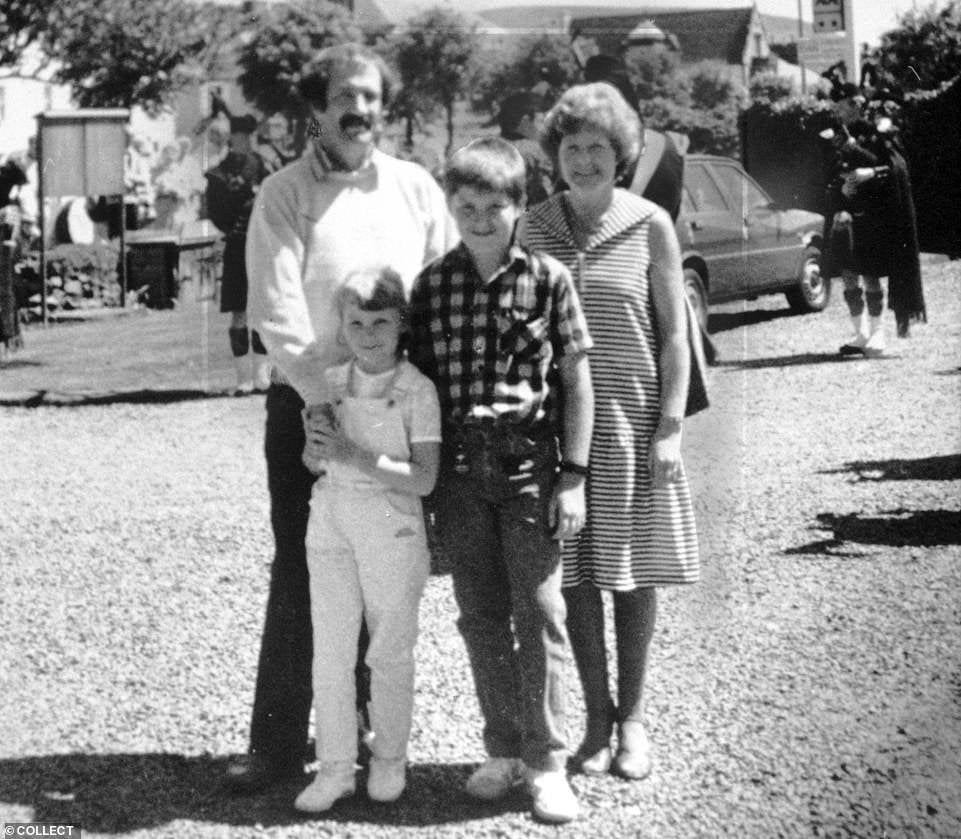 Steven, who was then 19, was still living with his foster parents in Lockerbie when his brother died. Months later, he began an affair with his foster mother. After being caught by his heartbroken foster father, Steven left the town and decided to become a jumbo jet pilot. He moved to Florida to get his pilot's licence, before moving to Glasgow in Scotland.

On a visit to Lockerbie in 1996, he met and fell in love with Lisa Gregory. When she became pregnant, Steven moved back to the town to be with her - living just a mile away from the street where his parents and sister had died eight years earlier. Their son, Luke, was born in October 1997.

However, the relationship between Steven and Lisa crumbled and he retreated to Wiltshire, a county in England, where his friend, John Boyce, an ITN cameraman whom he'd met while obtaining his jumbo jet licence, lived with his wife.

John, being 15 years older than Steven, was a firm father-figure and helped him to straighten his life out.

Soon, Steven was regularly visiting his son and doting on him. He also went on to have a good relationship with his ex, Lisa. He made a close circle of friends. He became a partner in John and his wife's guesthouse business.

After all the heartache in his life, things were finally all falling into place.

"Steve had recovered from two tragedies in his life. The first one that he had to come to terms with was colossal, but he and David coped with it by drawing immense strength from each other," John said.

"David's death was the lowest point in Steve's life, but he somehow managed to pull himself through that and then, over several years, forged a new life for himself with lots of new interests and a very large circle of friends."

Watch: Archive footage of the Lockerbie bombing in 1988. Post continues after video.

On August 17, 2000, Steven was at a pub with visitors from the guesthouse, regaling them with stories about his hometown of Lockerbie and his son's third birthday, when tragedy struck for the third time.

"He was absolutely like he always was. He'd bought me some haggis back from Scotland and after the visitors had gone, we sat together until almost 1am, watching the golf," Tony Elderkin, friend and pub manager said.

"He was just learning to play and was hugely enthusiastic - he was due to play the next day and was careful not to drink too much because he didn't want to spoil his game."

As Steven left the pub just before 1am, Tony said, "I'll see you on Thursday, if not before."

He never saw him again.

Sometime in the early hours of the morning, Steven fell across a railway line. There were whispers of suicide, which were rejected by those close to him.

At around 3am, train drivers saw Steven lying on the tracks, but it was too late for them to stop. He was quickly taken to the Royal United Hospital in Bath.

Two days later, on August 20, at 3pm, Steven took his last breath. He was surrounded by 20 of his closest friends.

"It's wretched, wretched. He had everything to live for. For three unnatural accidents to obliterate a family of five is almost too much," close friend Martyn Wilmott said. He was supposed to play golf with Steven the day he was found.

"It's hard to believe life can do this to anyone. I find it very hard to bear."

Steven was laid to rest with his brother and sister in a Lockerbie graveyard. Had his parents' bodies been recovered, the entire family would be buried there together.

Hopefully, the Flannigan family can find some peace at last.