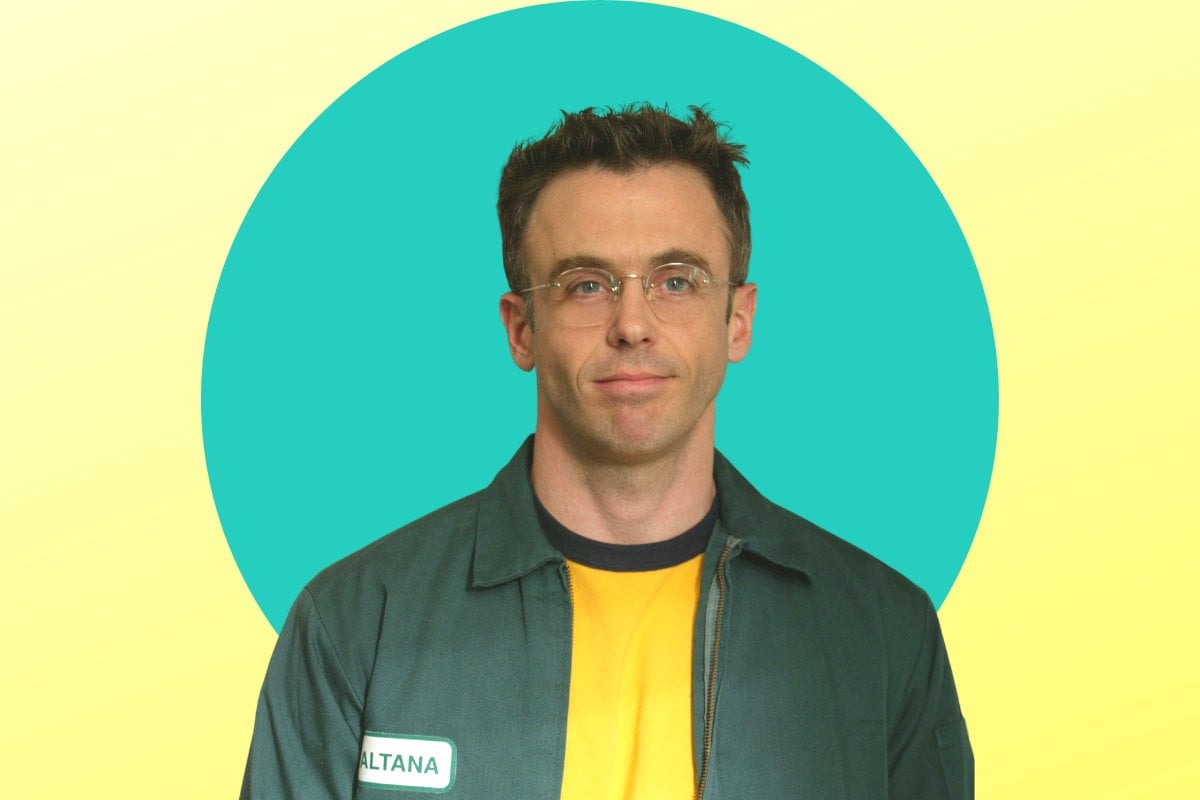 He wore glasses and had a cheeky little smile. His voice was unlike anything we'd ever heard before, it was both gravelly and high pitched, and sounded like it was always delivering a punchline.

He was standing behind the bar in a crowded Manhattan establishment when we first laid eyes on him. Miranda Hobbes, our poster girl for climbing the corporate ladder, ordered a drink from him without even glancing up from her Blackberry to acknowledge his existence. And he called her out on it.

This man was Steve Brady, and later that night Miranda Hobbes would take him home.

The next morning, Miranda had already written Steve off as a one-night thing, after all she was a successful skirt suit wearing lawyer and he was a plaid shirt wearing bar tender.

Steve, on the other hand, just wanted to get to know Miranda a little better.

He liked her and he was curious about what was underneath her blunt, take-no-bullsh*t exterior.

Eventually he won Miranda over. This resulted in years of on again/off again dating, an unexpected pregnancy, an even more unexpected wedding, separation, grief, infidelity, and a love story for the ages.

While the Bigs, and the Smith Jerrods, and the Jack Bergers would come and go over the six season series and two questionable movies, Steve was always a constant.

The perennial nice guy who just wanted to love Miranda and occasionally call her out on her bullsh*t.

Steve, more than any other love interest on the show, reflected the kind of guy most of the fans of the show would end up with. He was down-to-earth and fun. He put his family first and loved having a drink and watching the game with his mates. What you saw was what you got with Steve, he didn't play games.

Over the decades, as the Sex and the City audience grew older and fell in love with their own Steves, the appreciation of the character only grew deeper.

Most realised they'd rather have a Steve waiting for them at home, than to be walking home by themselves hoping that a Mr Big might pull up in a black town car to sweep them off their feet whenever he feels like it. 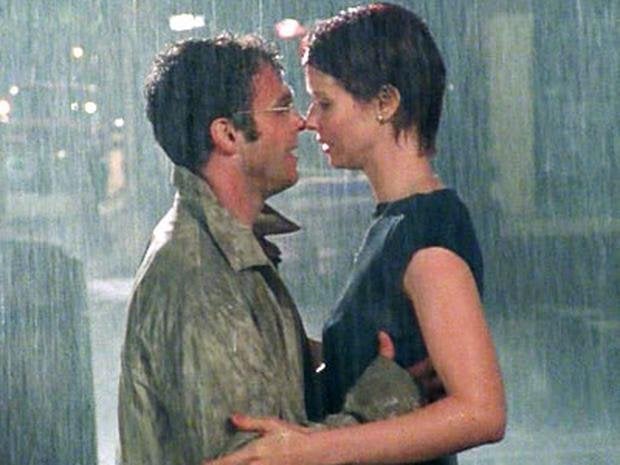 Steve and Miranda and their messy love story represented what a real relationship looks like. There's up and downs and adjustments and moments of pure despair, but at the end of the day, if you can make each other laugh - even when there's baby poo smeared on your face - you're doing okay.

Steve and Miranda's relationship is like a comforting blanket many of us have enjoyed returning to time and time again over the years.

That's why it came as quite a surprise when we met the And Just Like That version of Steve.

It's been over 15 years since the last movie, so we knew all the characters would have grown and changed. We were expecting physical and personality changes.

And the Steve we met in the first episode did look different. He's a man is his late 50s now, he has a hearing aid, just like David Eigenberg, the actor who plays him. His hair is a little greyer. He's a middle-aged dad who's more comfortable on the couch than at a crowded bar.

But what we didn't expect was for Steve to feel so hollow. So flattened out. Like all of his personality had been squeezed out of him. Like his Steveness was gone.

His voice is the same, but he's no longer delivering the one-liners we'd come to know and love.

While Miranda has been experiencing her sexual awakening in Carrie's kitchen, Steve has been noticeably missing.

He's been quietly sitting in the background, eating his ice cream and assorted toppings, and apparently not even registering the huge shift in his marriage. Or that his wife is clearly struggling with alcohol dependency.

Miranda's storyline is an important one, and it reflects what a lot of long-term couples go through. People fall out of love, they develop feelings for other people; they realise who they really are and what they really want.

But where is the Steve in all of this? 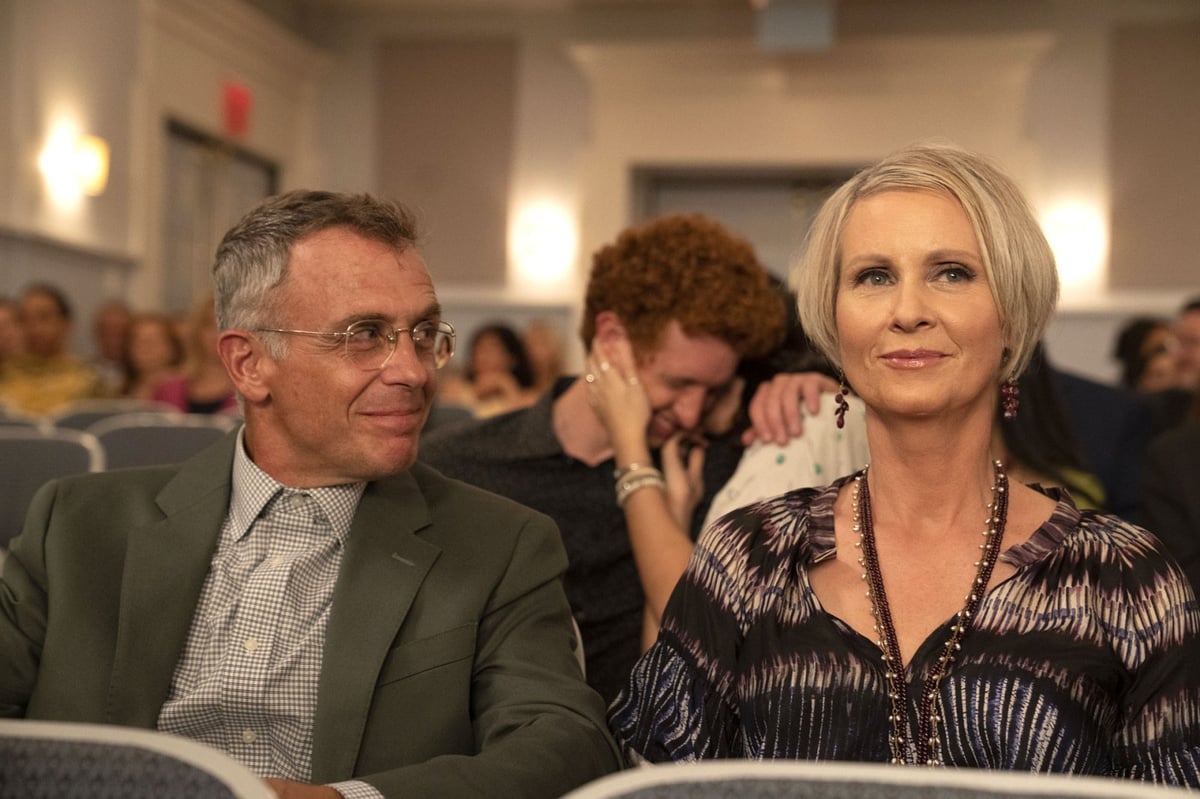 The Steve we know, the Steve who was able to break down Miranda's hard-won defences, the Steve who always fought so hard for their relationship, wouldn't be so absent from this story.

He would be active and reactive.

Maybe in a different version of this story, Miranda would confide in Steve about her feelings for Che Diaz and Steve would say in his trademark voice, 'You've got a crush, Miranda Hobbes. Tell me everything.'

Or maybe he would pick up on the shift in their marriage and try to talk to Miranda.

Maybe he'd be angry. Maybe he'd go to a bar and chat up a 30-something lawyer.

Maybe he would be having his own sexual awakening in someone else's kitchen.

He would bring some kind of Steveness to the situation.

One thing is for sure, the Steve Brady we know and love wouldn't be sitting quietly in the background eating ice cream and chia seeds.

He deserves better than this.