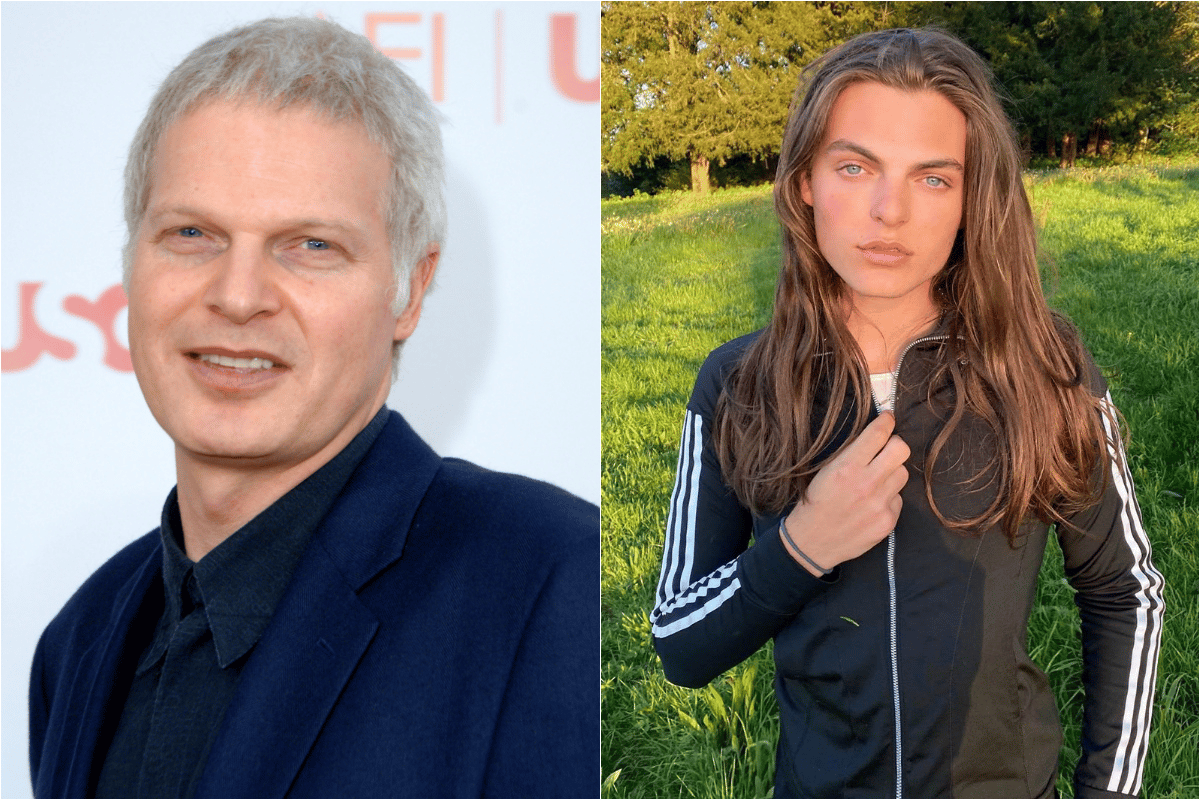 Elizabeth Hurley has said she is "saddened beyond belief" over the death of her ex Steve Bing.

"It is a terrible end," she wrote on Instagram on Tuesday.

"Our time together was very happy and I'm posting these pictures because although we went through some tough times, it's the good, wonderful memories of a sweet, kind man that matter.

"In the past year we had become close again. We last spoke on our son's 18th birthday. This is devastating news and I thank everyone for their lovely messages." 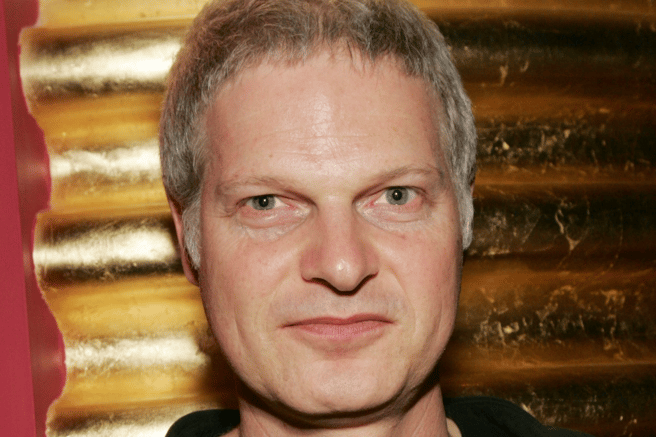 Image: Getty. According to Deadline, the film financier and philanthropist died by suicide.

Bing was well known for being a jack-of-all-trades in Hollywood, after he inherited $600 million from his grandfather, Leo S. Bing, on his 18th birthday.

After dropping out of college after receiving his inheritance, Bing founded his own entertainment company, Shangri-La Entertainment.

Under the company, the 55-year-old invested $80 million in animated film The Polar Express, and produced a number of films including Get Carter, Looking for Comedy in the Muslim World, and Rules Don't Apply.

In the wake of his death, friends of Bing have told the New York Post the producer had 'burned through' his fortune because he was "too generous". They also claimed he was battling mental illness in the lead up to his death.

“Steve was the most charming, caring and generous guy you could ever meet. Yes, he liked beautiful women, but it never worked out. He has gone through a dark time for years. He talked about battling mental illness, bipolar disorder. His close friends are devastated about his death but, sadly, not surprised," a source told the publication.

“And, as surprising as this sounds, he had financial problems in the end. He made a lot of ill-advised investments. His latest film with Warren Beatty went upside down, and many people took him for a lot of money. People imagine it is impossible to run through $US600 million, but he did. He was too generous.”

I am saddened beyond belief that my ex Steve is no longer with us. It is a terrible end. Our time together was very happy and I’m posting these pictures because although we went through some tough times, it’s the good, wonderful memories of a sweet, kind man that matter. In the past year we had become close again. We last spoke on our son’s 18th birthday. This is devastating news and I thank everyone for their lovely messages ❤️

Outside the entertainment industry, Bing was well known for his philanthropy work.

In 2012, he joined the Giving Pledge — a program established by Bill Gates and Warren Buffett to commit multi-millionaires and billionaires to donate most of their wealth to charity during their lifetimes.

He was also a prominent Democratic political donor, and a long-time supporter of former US president Bill Clinton.

"I loved Steve Bing very much," Clinton wrote following the news of his death.

"He had a big heart, and he was willing to do anything he could for the people and causes he believed in. I will miss him and his enthusiasm more than I can say, and I hope he’s finally found peace."

Behind the scenes, Bing had a particularly turbulent personal life, which often made headlines.

Throughout his life, he was linked to actresses including Farrah Fawcett, Uma Thurman, Sharon Stone, Liz Hurley, and Nicole Kidman, who he reportedly dated in 2004 before she married Keith Urban in 2006. 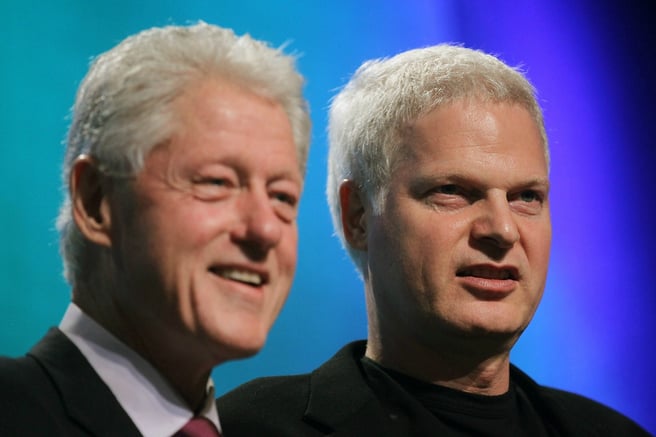 Bill Clinton and Steve Bing. Image: Getty. Bing and actress Liz Hurley, then 35 and 36 respectively, first met in 2000, shortly after Hurley had separated from Hugh Grant after 13 years together.

In the months that followed, they dated non-exclusively, travelling together to New York City and around Europe.

After briefly parting ways in March 2001, the pair visited Elton John's holiday home in Nice, France in August. It was here that their son Damian, now 18 years old, was reportedly conceived.

When Hurley first announced she was pregnant, Bing denied paternity.

"Ms Hurley and I were not in an exclusive relationship when she became pregnant. It is her choice to be a single mother," Bing said in a public statement at the time.

"If indeed I am the father, I will be an extremely involved and responsible parent."

Bing's sister, Mary, even told Vanity Fair that her brother had been "snookered into being a parent" and "reproductively taken advantage of".

The public paternity feud led Hurley to issue a statement of her own, denying that she had been with another man during their relationship.

"I loved Stephen enormously during the 18 months we were together," she said.

"Contrary to erroneous reports, we were still very much happy together when I discovered I was pregnant," she continued.

"I was completely loyal and faithful to Stephen throughout this time as, indeed, he assured me he was to me."

On April 4, 2002, Hurley gave birth to her son, and a court-ordered DNA test proved that Bing was his father.

At the time, the film financier announced his plan to create a yearly trust for his son, which he could access when he was 18 years old.

However, Hurley, on the other hand, declared that she wouldn't accept money from her former partner.

Since then, it has long been rumoured that Bing had never met his son, but Damian's statement following his death suggests they had finally been building a relationship.

Thank you from the bottom of my heart to everyone that has reached out following the devastating news. I’m trying to reply to as many of you as I can, but please know I will always remember your kindness. This is a very strange and confusing time and I’m immensely grateful to be surrounded by my phenomenal family and friends 🖤

Last year, the father and son were in the spotlight when Bing's father, Dr Peter Bing, attempted to cut Damian out of his will.

Damian's grandfather, Dr Peter Bing, argued that the teenager shouldn't be eligible to inherit part of his fortune as he was "born out of wedlock".

In the end, a Los Angeles judge ruled in Damian's favour, meaning the 18-year-old may now inherit millions of dollars.

On Tuesday, Damian captioned a post of a sunset to thank everyone who had reached out "following the devastating news".

"This is a very strange and confusing time and I’m immensely grateful to be surrounded by my phenomenal family and friends."

On Saturday, Damian thanked his fans again for their "overwhelming kindness" in the wake of his father's death.

"Your love and support has helped me greatly during this challenging time," Damian said.

I’d like to thank you all again for your overwhelming kindness over the past few days. Your love and support has helped me greatly during this challenging time 🕊🤍

In a legal fight over child support with Bonder, Kerkorian suspected that Bing, who had previously dated Bonder, could be the father of his daughter, Kira. 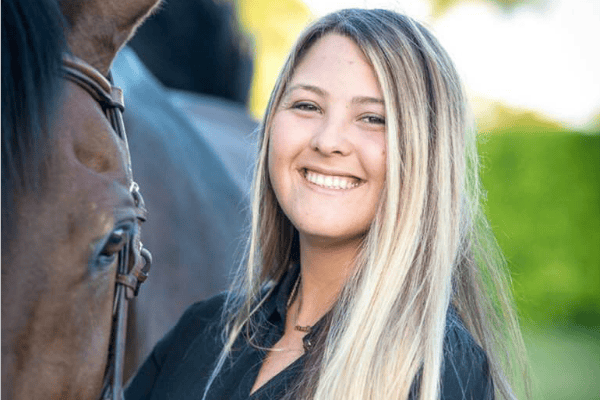 At the time, Bing famously alleged that Kerkorian's private investigators had taken his dental floss out of his rubbish bin to collect his DNA.

After Bing was found to be the father of Bonder's child, Bing and Kerkorian settled their dispute outside of court.

Now 20 years old, it is unclear whether Kira had a relationship with her biological father.