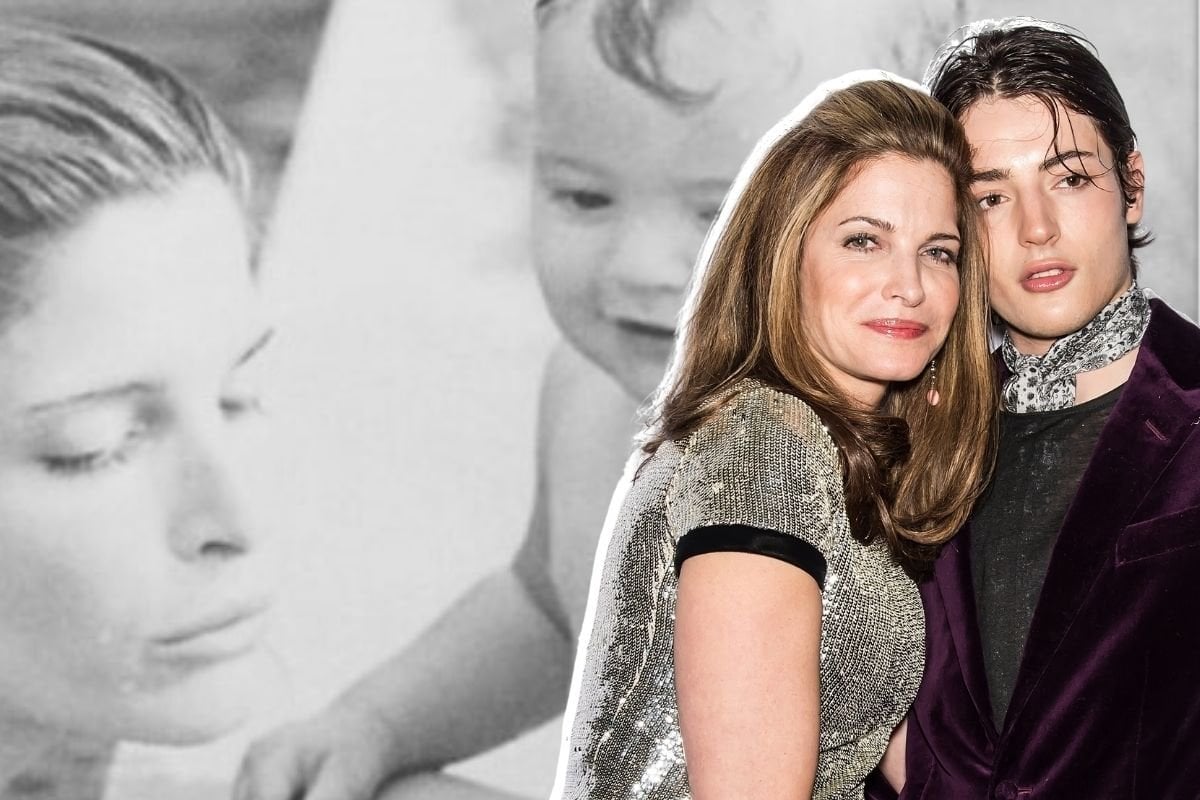 The name Stephanie Seymour usually conjures images of '80s Vogue covers, runways and swimsuit spreads. It invites superlatives about her status as one of the first supermodels, the muse of celebrated designers, and a fashion icon.

But today, Stephanie Seymour is simply a mother in grief.

"Our hearts are shattered," the family wrote in a statement. "Harry wanted to overcome his addiction and was just days away from re-entering rehab.

"We will forever be saddened that Harry’s life was cut short by this devastating disease."

Despite his mother's long shadow, Harry, a model, red-carpet regular and occasional columnist, never seemed lost in it. Instead, he'd done much to cast his own.

"Harry loved fashion and was a trailblazer of beauty and cosmetic products for men – collaborating with [M.A.C. Cosmetics] on a unisex cosmetic line," the family added.

"He achieved a lot in his 24 years, but we will never get the chance to see how much more Harry could have done."

Harry, along with his two brothers and a sister, were raised by Stephanie and their father in a life of immense luxury, immersed in the worlds of fashion and art.

But at the centre of their lavish existence was a famously close relationship between mother and children.

Harry once described her as "my favourite lady... no less than a wonder by nature designed".

The making of a supermodel.

Stephanie Seymour was 15 when she was discovered at a regional modelling competition at a San Diego shopping centre.

Yet it was her hairstylist mother that Elite Model Management founder John Casablancas spotted first — "Her mother is absolutely ravishing," he later told New York magazine. When he turned his attention to her teen, he was similarly struck: "She had no shape, just all length, with those gorgeous eyes."

The pair's professional relationship is legendary (Casablancas picked Seymour as the winner that day, and later signed her to the agency where she achieved supermodel status). But their personal one is infamous.

Despite being in his early 40s at the time and married, Casablancas started an affair with Seymour. Both have been vague about when it began, but it's been broadly speculated that she was 16 and he 42.

"It just kind of happened," she told New York in 1990. "We just sort of had this attraction for each other. I thought he was so handsome... Everything he did charmed me."

Casablancas, whose marriage ended when the affair went public, acknowledged the "wickedness" in his attraction to Seymour; as a child and his client, she was the "forbidden fruit", he said.

They lived together for two years before Seymour ended the affair.

By the late '80s she'd appeared on the cover of Vogue, in the pages of Sports Illustrated's swimsuit issue and was the face of the emerging American lingerie label Victoria's Secret.

She, along with the likes of Cindy Crawford and Christy Turlington, had ushered in the era of the supermodel. They were brands in their own right, and tabloid favourites. 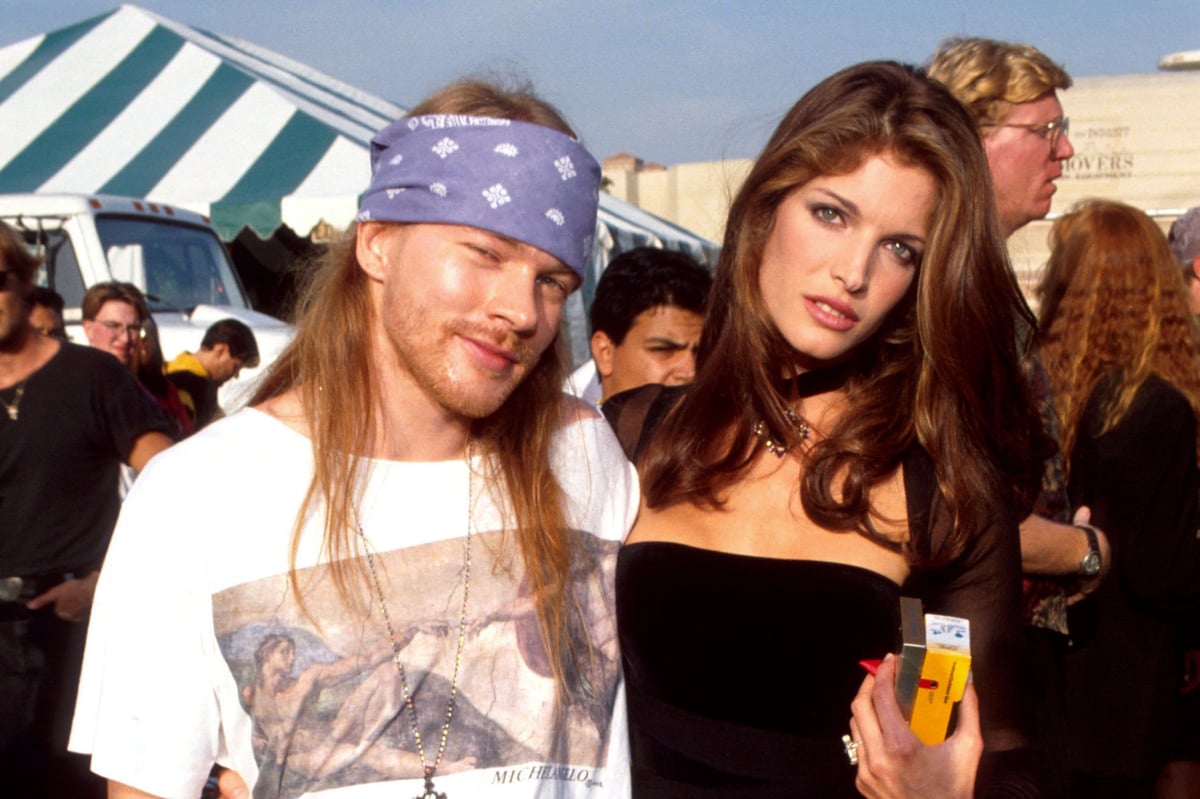 In 1989, Seymour married guitarist Tommy Andrews. While they divorced a year later, the relationship gave her a son: Dylan.

A relationship with Guns N' Roses frontman Axl Rose followed in 1991 and famously saw her star the music video for the band's song 'November Rain'.

But the union ended in 1993 in a blaze of lawsuits in which he accused her of theft and assault and she accused him of sustained abuse. They ultimately settled.

"Getting involved with Axl Rose? Clearly a mistake. It taught me a lot, though," she told Harper's Bazaar in 2014. "He was a violent person, and I realised I never wanted to be around that again. The thrill of the whole rock 'n' roll thing wore off. I saw the worst of that world and it soured me."

The breakup led her to her now-husband Peter Brant, a billionaire art dealer, magazine publisher and real estate developer.

There was a particularly dark moment in their relationship in 2009, during which Seymour sued Brant for divorce, prompting a countersuit in which he claimed his wife abused alcohol and had been addicted to prescription opioids.

They reconciled the next year and have remained together since. 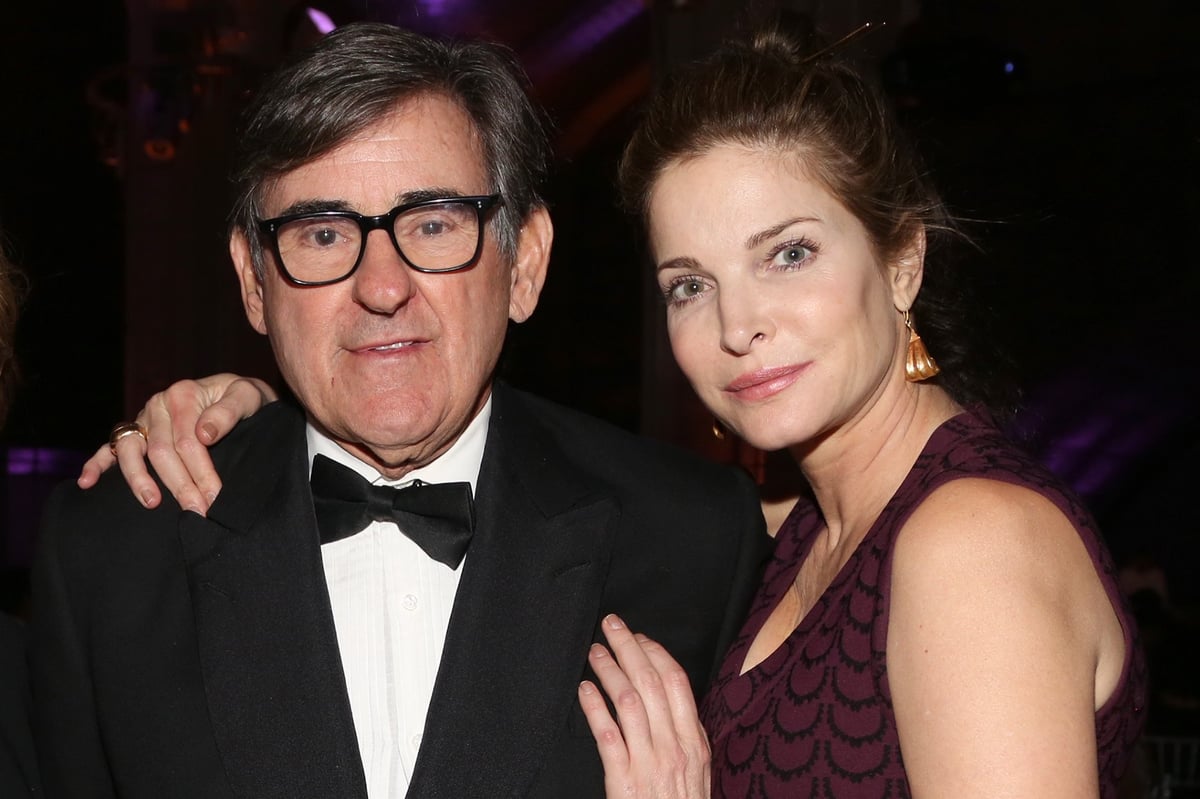 Their base, a sprawling estate in Greenwich, Connecticut, complete with a polo field, horses and a multi-million dollar collection of art.

The middle boys, in particular, relished in their upbringing, which at an early age they recognised was different from most.

"We had to do a report about our parents: where they were born, what they did, and all that," Peter told Harper's.

"Everyone else had to do theirs as homework, but I finished mine before class ended using Wikipedia." 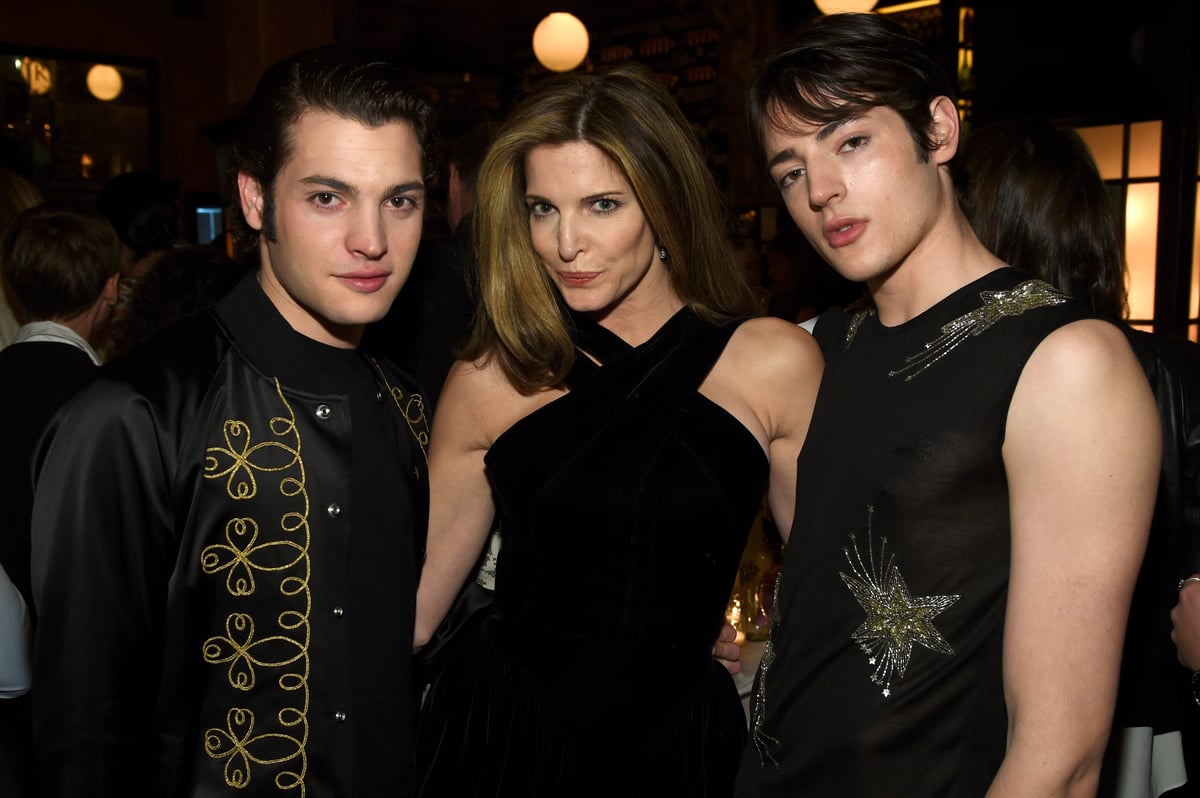 The boys' godmothers are Linda Evangelista and Naomi Campbell. They called celebrated designer Azzedine Alaïa "Papa" and would make dresses for their dolls at his Paris atelier.

Their mother's closet was their playground.

"When they were little, they would lay out outfits for me," she said.

"I'd wake up at 7:30am and they would have laid out a 1955 vintage Dior couture gown and all the accessories too."

As adults, they were as likely at their parents to be seen on red carpets, in the front row of fashion shows and in the pages of magazines.

Their names were often butted with phrases like "bon vivant" and "It Boy" and, inevitably, that of their mother. From the outside at least, it seemed they enjoyed the comparison.

"From now on when people ask me what I 'do'," Harry once tweeted, "I’m just gonna say icon".

Reply
Upvote
Casablancas needs to be on a watch list, that’s one of the creepiest things I’ve ever read.
rush a month ago