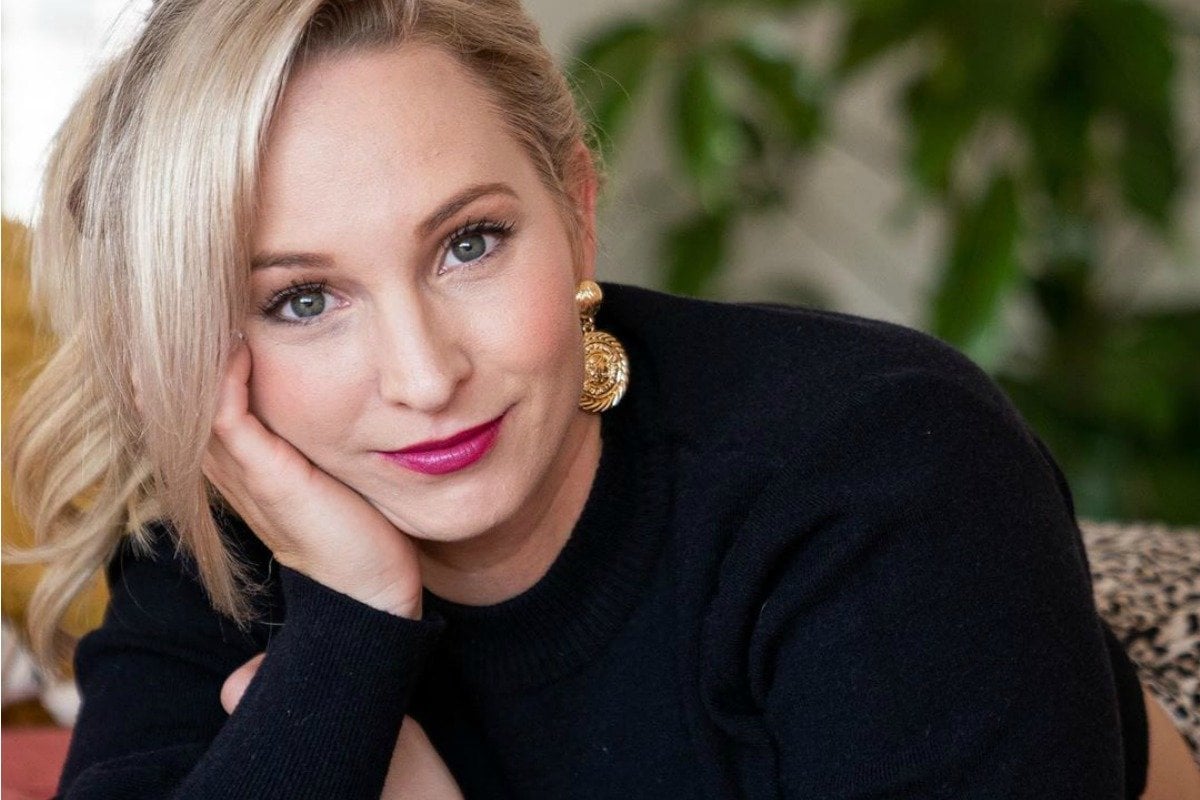 In 2017, Stephanie Gorton quit her life for love.

The 27-year-old sold her car, moved out of the share house she'd been renting with a close friend, and resigned from the job she'd climbed the corporate career ladder for five years in pursuit of.

She'd bought a one-way plane ticket from Perth to Scotland, shipped over a bunch of things via sea ahead of her departure, and had moved back in with her mum as she prepared to start her new life with the man she thought was 'Mr Right'.

She'd met him on Tinder a year before while he was visiting Australia and was "totally sold", she told Mamamia.

They'd been dating via distance, with Stephanie flying to meet him on his travels around the world. They planned to eventually settle back in his home country of Scotland together.

They'd been looking at rentals. He'd been talking about the names of their future children. It was serious. She was moving across the world to be with him...

But four weeks before she was due to board the plane, he went quiet.

"In those four weeks I was always trying to chase him up... I was even contacting his mum. In hindsight, there were red flags all the way through. It wasn't like it was the perfect relationship, there were trust issues... but I adored him. I thought it was love, and love 'wasn't supposed to be easy but you fight for it', That was my mentality."

Desperate for answers, Stephanie started to do some digging.

"It's like my heart and my gut already knew, but my mind needed to find logic and reason behind it," she told Mamamia.

Two weeks before her flight, he called Stephanie.

"Steph it's just too hard, it shouldn't be this hard. If it's hard now, it's going to be even harder later. You're going to come over and have no friends and you'll just be relying on me and I am not in a good place financially [right now]. Let's just take a step back and give it a bit more time," he told her down the line.

But Stephanie didn't have time. She'd already quit her entire life. It was now or never, and so the relationship ended - leaving Stephanie heartbroken.

She found out later that he'd been lying to her about numerous girls he'd been seeing and travelling with, but as much as the blow to her love life was crippling the 'worst' part was, "tail between my legs going back to my job and to all the people who knew that I was supposed to be moving to Scotland in two weeks. I was deeply ashamed".

She managed to get a short contract back at her old work, but quickly started working on an updated resume as well. When she reached the part which asked for her 'hobbies and other interests' however, she paused.

"I didn't have anything to write," she told Mamamia. "Did consuming wine and crying to my friends on the couch count?"

It planted a seed, which ended up changing the course of Stephanie's life forever.

"I woke up for the 14th morning in a row crying my eyes out in total misery, and I thought Steph you really need to get a hobby honey, you can't keep doing this."

So she booked herself in to a flower arranging class with her friends and for the first time in weeks she spent a solid three hours "not thinking about him, and just being present".

Craving more of that 'quiet time' in her brain, and a distraction from her misery, Stephanie started to organise her own workshops on weekends. The class she'd been to had been poorly run, and so she gathered some creatives, booked some workspaces, stocked them with bottomless booze, and started selling tickets.

It went gangbusters, and within nine months she'd quit her old job and was working full time on her startup House of Hobby.

Whether it’s painting, pottery, crochet or cookie decorating we LOVE doing it with a Champagne in hand and a crew of awesome babes 💕 Come and join us this weekend! We have 2 spots left to our Tarot Workshop and 3 spots left to paint pouring 😍 Get in quick ✔️ Link in bio xx

"It took off really fast. Within months I had 14 staff members, running out of three locations with 10 workshops a weekend."

"Because my first business was really big, I had all these women being like 'but how did you do it?' and it was getting to the point where I was sharing so much knowledge all the time."

When coronavirus hit, and Stephanie's event's business was temporarily forced to close, it gave her the time to focus more on her coaching and she realised it was her calling.

She's since sold her six-figure hobby business and is now earning "five times more" working on her second, which is on its way to bringing in $1 million by the next financial year.

Honestly, 2 years ago I didn’t think I was cut out for this 😳  I didn’t think I would ever fully earn my corporate income from my business 🙅🏼‍♀️ I didn’t think I’d ever scale a business to have a team, multiple locations & *gasps* procedures and systems 🤯 I didn’t think I could pull it off… Looking back I didn’t think much of myself at all💔  Luckily I was surrounded by a few people who did. My first ever Coach & my amazing parter Tim were the first 2 people to say “girl, you’ve got this”.  And so, I told myself I did too ❤️  Self belief is EVERYTHING 🙏🏼  Deciding to back myself, step out of my comfort zone and DO THE DAMN THING has led me to this massive PINCH ME MOMENT…   In the last quarter I have: 🔥Sold my first ever profitable badass business 💰Earned just shy of $100k (this quarter! 😭) 👯‍♀️Signed up Over 60 women to coaching courses + in the last 3 weeks I’ve signed 18 more incredible women to my new coaching course 📈Said YES to my biggest coaching investment to date ⏰ Worked less than 20 hours on average per week 🏡 Moved to our dream home   I’m sharing this with you because I want you to know that its possible too ✔️  I didn’t have financial support to get here, I didn’t have entrepreneurial parents, I worked full time when I started my first business, I was living pay check to pay check and could barely afford to pay my website hosting fee’s 😟  Your current situation is NOT your final destination.   Want a $10k month?… you got this girl.  Want to quit your job? I promise you’re closer than you think.  Looking for your next client? She’s out there looking for YOU too 🥰 I know right now it seems impossible, but if I can do it… so can YOU. And if you want to know how…  Lets chat 📲 Dare to dream big beauty ✨ Happy Friday xx

"For me it's wild to think that three years ago I was sitting at my corporate day job, heartbroken, and now I am sitting in my home office working four hours a day doing what I love. It's actually wild," she told Mamamia.

Things improved in the love department too.

"I had spent my whole life relying on my looks because I thought I was 'stupid.' Male bosses telling me I was a dumb blonde... boyfriends always joking about my lack of intelligence... my worth was always intricately tied to my appearance. But once I started my own small business I realised I had more to give."

She realised she'd been letting herself "settle for less" and had been putting up with bad behaviour from men because she didn't feel worthy.

Nine months after being broken up with in 2017 Stephanie found Tim, who she's been happily with ever since.

"At the end of the day I chose to stay in those relationships until they left me. Once I made the commitment to myself to never settle, and to fiercely protect my energy, I found my partner now and we've literally been happily ever after. Nothing has ever been questioned," she said.

But the moral of this story isn't finding Tim. He was just a lovely consequence of finding Stephanie.

They say your rock bottoms are often where magic happens. For Stephanie her ground zero has led to two six figure businesses, a complete career change, and a sense of happiness and self she didn't even realise she was missing when she packed up her life for a man just a few short years ago.