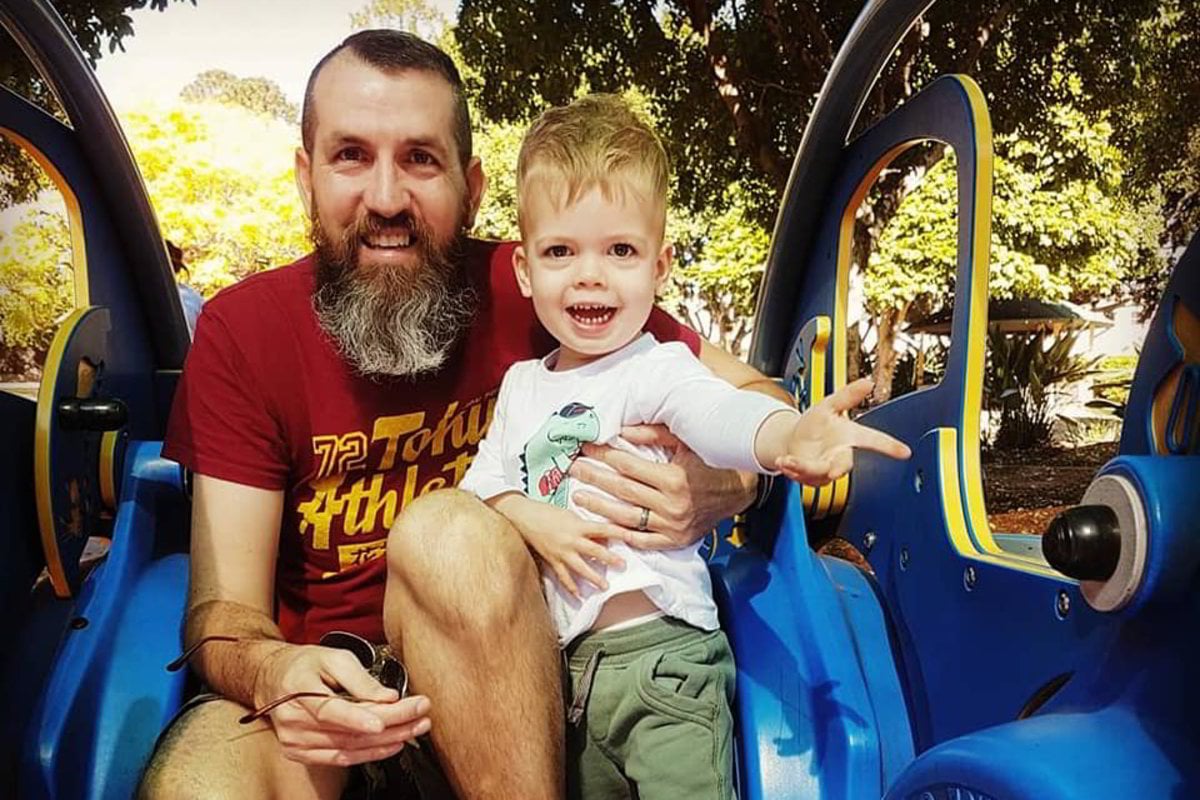 When the idea of becoming a stay-at-home dad was floated to Cameron Whittaker, he barely gave it a second thought.

Beginning as purely a financial decision, after crunching their finances the Brisbane dad and his wife Caitlyn realised they were in a position where he could stay at home, if she returned to work as an electrical engineer when their son Max was three months old.

The primary carer leave can be transferred behind the parents, but the Australian Bureau of Statistics found only five per cent of fathers take up that arrangement. Cameron is one of them.

Speaking to Mamamia, Cameron said his father had left his family when he was only three, leaving his mother with four children under 13.

"He just decided one day that being a husband and dad was all just a bit too hard and left," Cam said, adding no one in his family has had any contact with him since.

"I only just learned this three or four months ago when speaking to my brother who lives overseas; He said dad's dad, my grandad on my dad's side who I didn't know, did the same thing to my dad and he hated him for it. And then my dad did they exact same thing."

This has impacted Cam's parenting. For him, it's about "breaking that cycle".

"I have to start a new chapter for the men in my family, that giving up is not an option."

He recalled those first few weeks with Max, who is now four, after Caitlyn went back to work. 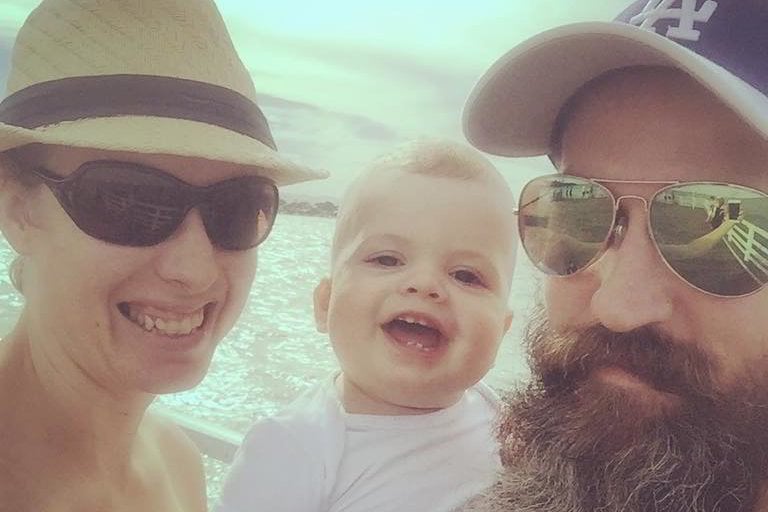 "I must admit, that week before Caitlyn went back to work I started to have a little bit of 'hang on a sec, what have I got myself in for here?' but I think that three months together made a huge difference - if she'd gone back after two or three or four weeks, it would've been a lot harder," he said.

"Having the three months together, we built some structure and really good routines together and I think that set me up for success when she did go back to work.

"The first week, it was pretty hard. I remember the first day she went back to work, sitting there with Max like 'Oh my god, what are we going to do? How are we going to fill in this time?' But you do."

Cam can empathise with the feeling of isolation and loneliness new parents often experience as they're wrapped up in the 'baby bubble' full of scheduled nap times, nappies and feeding. 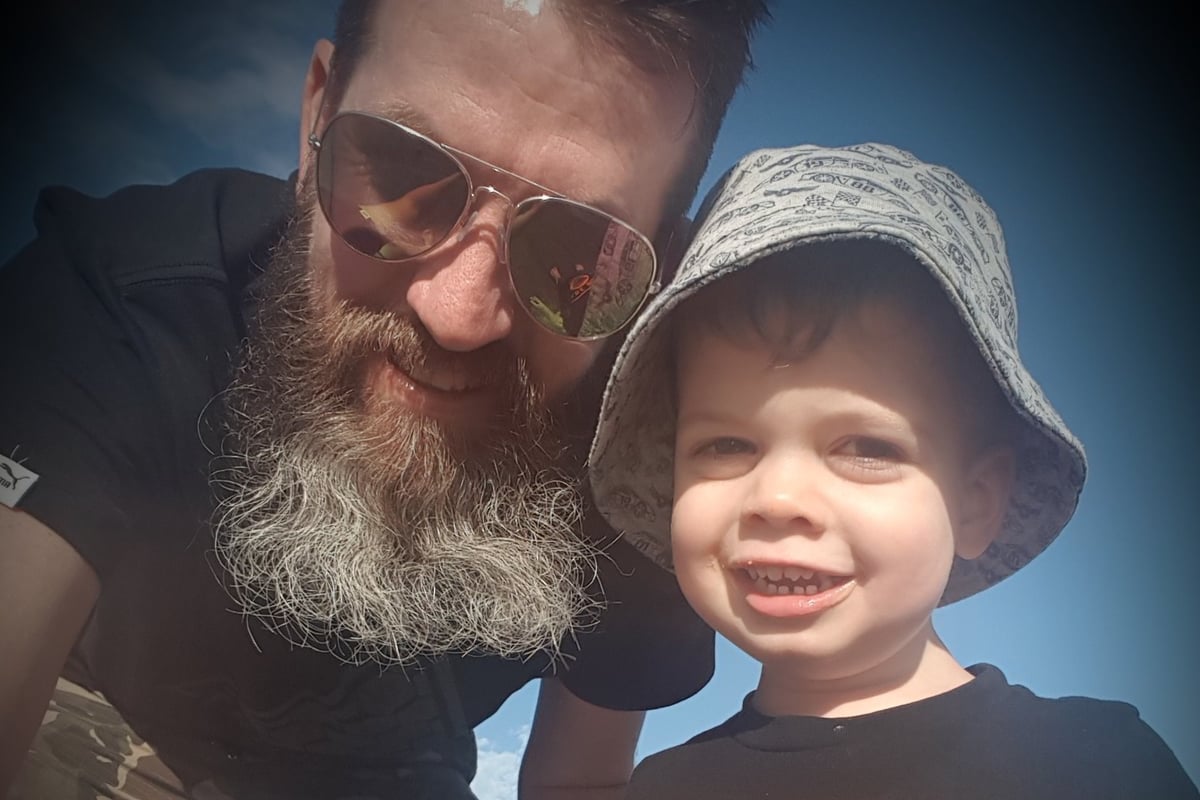 The key for him was bursting that bubble by getting out as much as possible and engaging with other parents, because as he found, they're often feeling a very similar way.

"It's very easy to self-isolate during those periods and really distance yourself from the outside world," he said.

"For me, it was really important to just reach out and get out. Reaching out for me was joining those mother's groups, joining playgroups, literally just getting out, putting the baby in a pram... If I was in a park I would make conversations with mums. I would just start talking, and that's key.

"You just have to start talking and chatting to other parents, because there are so many other parents in a couple of kilometre radius as you who are in the exact same situation as you, and all they want to do is talk to other people as well."

Cam understands that even in 2020, his position is still an anomoly.

"Sometimes I meet other mums down the park and they say 'I have no idea what my husband would do with my three-month-old for a whole day'. It's a funny thing," he said, praising Caitlyn for her support and faith in him as Max's stay-at-home parent.

He had expected some pushback from a society that still sees mothers as the default primary caregivers, but besides a few ribbings from younger friends, he has experienced only positive reactions. 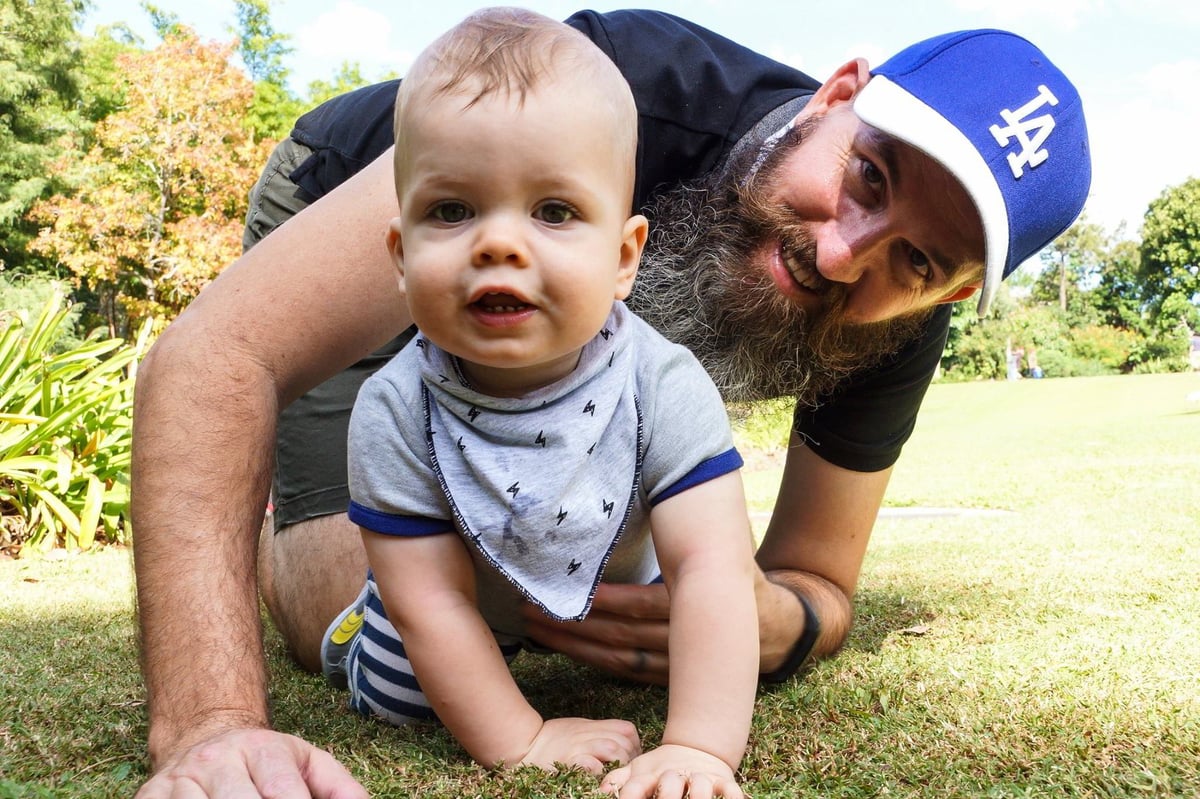 "I never had issues with anyone saying anything to me in parent's rooms, in mother's groups or anything like that. I went into parenting with the expectation that I deserve to be there no matter what, and that's still how I feel today," he said.

"Across the board, the support from my friends, my family, my wife's family has been great. There's been no negative feedback or connotations for doing it whatsoever.

"The only funny anecdote that comes with it is when you talk to other males, especially younger males... and they find out you're a stay-at-home dad they think 'Oh, happy days! Beer and Netflix, watch a bit of Dr Phil, how good is this?' and you've got to remind them like, 'Mate yesterday I did eight loads of washing'. That's the reality of it, and those guys won't understand that until they get into that position themselves.

"But other dads who understand what parenting is, they just think it's great."

When asked what he has learned about himself since becoming a parent, Cam said he's become more selfless. He certainly doesn't get to skateboard as much as he used to, or enjoy a full game of footy without an interruption.

But that doesn't really matter. At the end of the day, when Max comes back for one last cuddle or shows off his "infectious smile", it's all worth it.

Parenting Max has also helped Cam work through some of the feelings he held onto about his absent father.

"The thing I'm learning now is about passing on traditions to Max. My dad was never around to show me how to change a tyre or shave or build a coffee table or anything like that. Some of them I've had to learn myself, and others I've never learned.

"What I want to pass onto Max is something different that might help him out later in life. Things like accountability and facing adversity and not giving up when it gets hard.

"I need to make sure I let Max know I'm always going to be here for him, forever."

You can hear more from Cam and other fathers on SBS Insight tonight at 8.30pm.