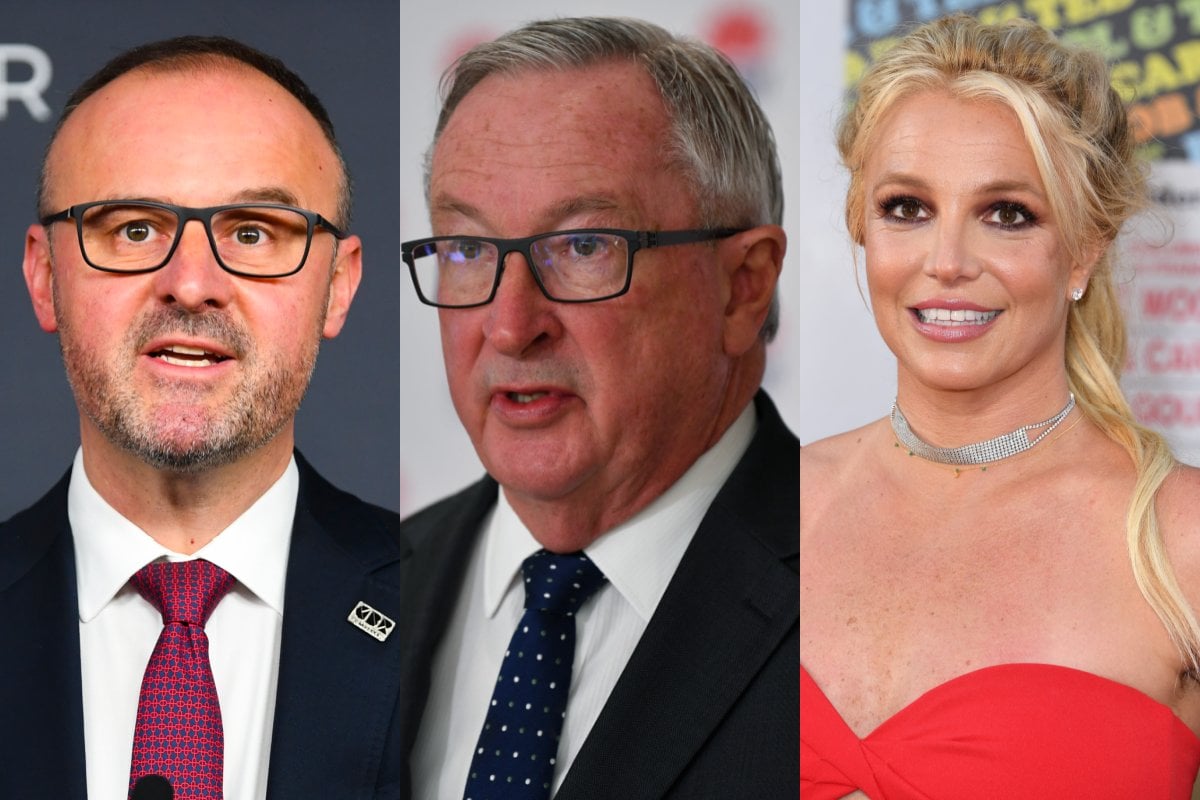 The proportion of Australians intending to get vaccinated for COVID-19 has soared over the past month.

As Prime Minister Scott Morrison prepared to meet with state and territory leaders on Friday to discuss the pandemic response, a survey by the federal health department showed 79 per cent of Australians were likely to get, or already were, vaccinated.

This was up nine points on the survey result in July.

The national cabinet has set a goal of 70 per cent vaccination before some restrictions can start to be eased and 80 per cent for a major step forward in reopening.

The survey also showed concern about the general COVID-19 situation has risen to its highest level (45 per cent) since September last year when it was at 47 per cent.

Concern over the pandemic had dipped as low as 28 per cent in March.

The national cabinet will receive a detailed update on the vaccine rollout, as coronavirus continues to seep out of Sydney's outbreak epicentre with cases detected in Melbourne and Canberra joining swathes of regional NSW in lockdown.

Capital Territorians have woken up to their first full day in lockdown in more than a year, as health authorities race to stop the spread of coronavirus in Canberra.

A local man was out and about for four days with the virus and his infection is thought to be linked to Sydney's spiralling outbreak. Three of his close contacts have also contracted COVID-19.

And so it begins … #canberra to enter snap 7 day #lockdown following a confirmed case of #covid19 #auspol pic.twitter.com/vRRedJyuW4

The ACT is shut off from most of the country and NSW is imposing stay-at-home orders for anyone who has been in Canberra since August 5.

Canberra's exposure sites are expected to grow significantly after the man in his 20s from the northern suburb of Gunghalin went from a nightclub to church and multiple shops between Sunday and Wednesday.

Canberra has not had locally acquired COVID-19 cases for 13 months.

No statewide NSW lockdown, for now.

The NSW government has ruled out a statewide COVID-19 lockdown for the time being as the virus continues to bleed into the regions.

Health Minister Brad Hazzard says the government has no intention of implementing a statewide lockdown, despite a surge of COVID-19 cases leaking out of Sydney.

"There is a defining difference between NSW and other states - we have always tried to keep as much of NSW open as possible," he said.

Bayside, Burwood and Strathfield have been added to the dozen hotspot council areas where exercise and shopping are now limited to just five kilometres within your house. #9Today pic.twitter.com/4UNlxNL3QQ

NSW reported 345 new local COVID-19 cases in the 24 hours to 8pm on Wednesday. At least 91 were in the community while infectious, while 138 remain under investigation.

Two Sydney men in their 90s also died. One of the men had received one vaccination dose while the other was fully vaccinated.

More than six million people in Greater Sydney and surrounds are in lockdown at least until August 28 as authorities battle to contain the virulent Delta strain outbreak.

A COVID-19 outbreak at a school for children with autism in Sydney is being described as "absolutely devastating". #9Today pic.twitter.com/ajaHV8H3tF

On Thursday, the local government areas of Bayside, Strathfield and Burwood were added to the council areas under the harsher restrictions, incorporating more than 50 per cent of Greater Sydney residents.

These people are unable to leave their council areas unless authorised workers and must shop and exercise within 5km of home.

Health officials are "very concerned" about the potential spread of COVID-19 among vulnerable communities in NSW, with the majority of new cases in Dubbo and Walgett diagnosed in Aboriginal people.

Five cases have been recorded in Dubbo in the past three days, along with another case in western NSW. They include an Aboriginal man from Walgett.

Federal Health Minister Greg Hunt on Thursday confirmed an additional 7680 Pfizer vaccine doses will be provided for the affected areas, including Walgett.

#BREAKING Walk in jabs available tomorrow at the Walgett RSL Hall. No appointment required. Anyone from the shire can get a jab. The clinic will run for at least 3 days. https://t.co/n0ylbzD5r5

The shots are expected to arrive on Thursday, with 4800 for use by GPs and commonwealth vaccination clinics, and 2880 for Aboriginal community-controlled health services.

Mr Hunt said extra AstraZeneca vaccines would also be made available in what is a "whole-of government" effort to support and protect those communities.

Western Local Health District Chief Executive Scott McLachlan confirmed that the "vast majority" of those cases were in Aboriginal people, including children.

"We're very concerned about the Aboriginal population in the region," he told ABC Radio National.

The number of cases in the region is expected to grow significantly in the coming days, Mr McLachlan said.

Of the four unlinked cases reported on Thursday, three were across two separate households in Glenroy, including a child who attends Glenroy West Primary School.

Victoria's COVID-19 Commander Jeroen Weimar said the families don't know each other and their children do not attend the same school or sports club.

"Seeing something pop up that's not on the radar yet is a little bit disturbing," he told reporters. "All the other pieces, we can see how they fit in. These two don't yet fit in."

The other mystery case, a man who lives in Brunswick East, has some social connections to known exposure sites and authorities are confident a definitive link will be found in coming days.

Victoria reported 21 new local cases on Thursday and two from interstate travellers who flew from Sydney to Melbourne while infected with COVID-19.

The women boarded Qantas flight QF471 on Monday afternoon without valid permits and were taken to hotel quarantine, where they tested positive.

Both have been fined $5452 and Mr Weimar said the incident proved the need for Victoria's strict border restrictions.

All 46 people on the flight, which has been listed as a tier-one exposure site, have been contacted and told to quarantine for 14 days.

Family to quarantine after magpie incident.

The aunts of a baby girl who died after a magpie swooped her won't be allowed into Queensland for her funeral because they might import COVID-19.

On Sunday, a mother was swooped on by a magpie in a Brisbane park and fell whilst holding her baby Mia, with the five-month-old suffering critical injuries and later dying in hospital.

Since then, an outpouring of support has been shared by the community raising over $130,000 via a GoFundMe page for the family in contributions and funeral costs.

Interstate family members of a baby girl who died after a magpie swooping attack in Brisbane will not be granted an exemption from hotel quarantine to attend the funeral. #9Today pic.twitter.com/ABShm7QG6x

Relatives of the victim interstate have sought an exemption from the Queensland government to be with their grieving loved ones and attend the baby's funeral.

But Queensland's Chief Health Officer Jeanette Young while expressing her deepest condolences, told reporters she couldn't risk the spread of COVID-19 in the community as they were coming from declared hotspots.

"It is an absolutely tragic terrible situation. But I can't make it tragic even more by having someone go to a funeral, and spread the virus at that funeral," she said.

"No one would want that. It's awful. It's a terrible situation."

Jamie Spears has agreed to step down from his long time role as conservator of his daughter Britney Spears' estate, the pop star's lawyer says.

"We are pleased that Mr Spears and his lawyer have today conceded in a filing that he must be removed," the singer's lawyer Mathew Rosengart said in a statement on Thursday.

CNN: After months of public pressure from supporters of Britney Spears, Jamie Spears, the singer's father, signaled in a legal response Thursday that intends to step down as conservator of the singer's estate, according to a prepared copy of the response obtained by CNN.

Spears, who has controlled his daughter's affairs since she suffered a mental health breakdown in 2008, agreed to step aside in court documents filed on Thursday.

The pop star has been seeking for months to remove her father from any say in her affairs, alleging the complex legal arrangement controlling her life and career is abusive.

A court hearing to discuss her request had been set for late September in Los Angeles.

Police in the city of Plymouth in southwest England have confirmed a "number of fatalities" in a "serious firearms incident".

Local media reports said five or six people have been killed and a gunman reportedly shot by police.

"I am aware of a serious and tragic incident unfolding in Plymouth. Please obey all instructions from the police," Johnny Mercer, a local MP from the Conservative Party, said on Twitter.

"Please avoid speculation and please do not share images of any victims. Please keep our community in your thoughts and prayers."

He later posted: "Update: awaiting confirmation of number of victims but this looks like a very grim day for our city and our community."

- The Taliban have captured Afghanistan's third-largest city and a strategic provincial capital near Kabul, further squeezing the country's embattled government just weeks before the end of the US military mission there.

Pentagon spokesman John Kirby said that the U.S. will reduce staff at the embassy in Kabul and send about 3,000 troops temporarily to the airport to assist as the Taliban made rapid gains in Afghanistan https://t.co/H0lTgD8IzH pic.twitter.com/TZ9IJbHoT0

The UK and US will deploy troops into the country to help evacuate personnel from their embassies in Kabul.

- Nine people have been killed in flash floods in Kastamonu in Turkey's Black Sea region that sent water and debris gushing through streets and damaged bridges, authorities said.

In contrast, the southern coast of the country has battled raging wildfires that have burnt tens of thousands of hectares of forest over the last two weeks.

Reply
Upvote
I’m pufferfishing! I’m so angry that me and all the people around me follow all the COVID-19 rules, then there are people that make this whole situation worse, from there need to be heard as an antivaxxer or conspiracy buff, they are making this pandemic last longer, every time they break the rules and don’t isolate, go to Byron Bay to look at Real Estate, I have friends that are isolating, even though their family member has died, there are people that would love to be with them, emotionally support them, but they can’t as we are following the COVID rules, they have family on the east coast that can’t fly here to offer their love. Then I look around at people that do what they want, I want to cry in frustration! In the beginning the mantra often used was “ we are all in this together” what a laugh! Now it’s every man for the self!
C
cat 5 months ago