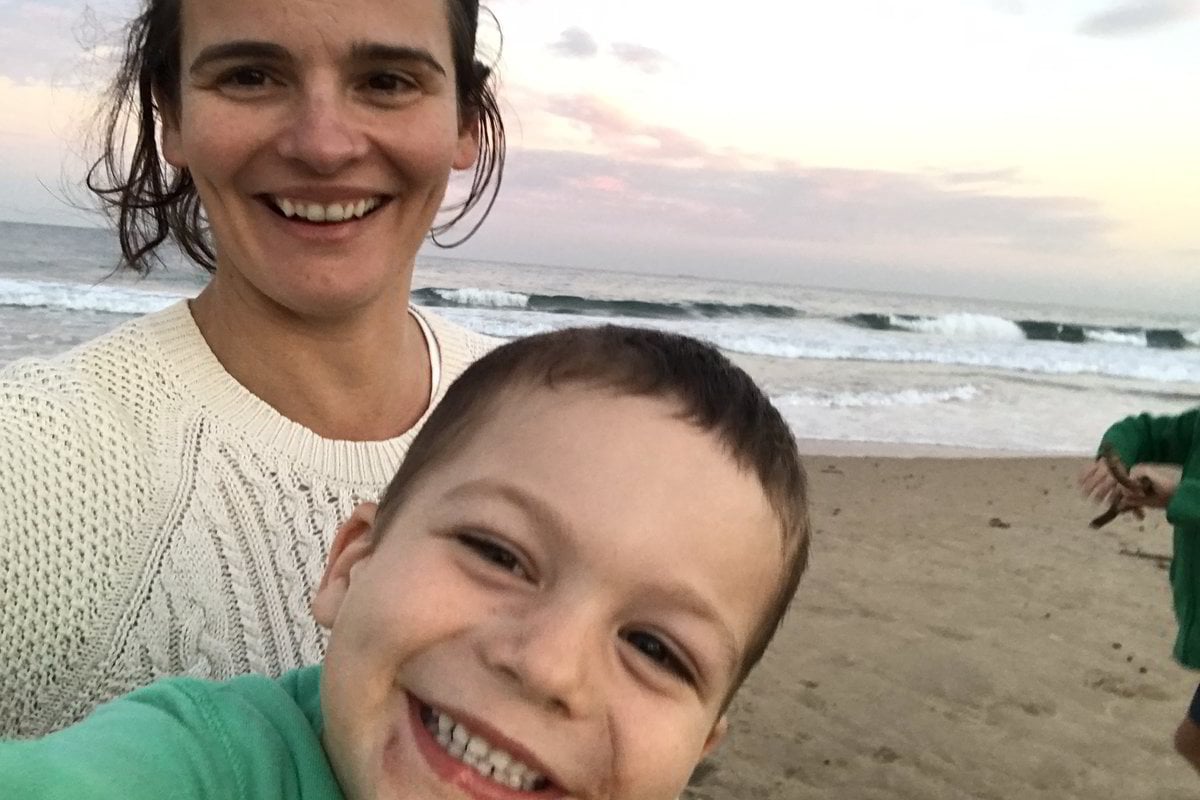 “Is Josh starting school next year?”

It's a question I'm asked daily and, as the year races on, I still struggle to answer. Josh’s birthday falls between January and July, so in NSW I have the option to send him to school or wait another year. It’s an option that I wish I didn’t have.

I faced the same situation with my eldest child Freddie (a January baby) so I am well aware of the arguments for and against.

Watch: How the horoscopes homeschool their kids. Post continues below.

Is he mature enough? How are his social skills? Will he be able to keep up? What does preschool think?

In the end I sent Freddie and he has thrived. He loves school, has made a ton of friends and races to the gate each morning. The decision was easier with him because his birthday is 10 January so I reasoned with myself that if he had been born two weeks earlier, I would have had no choice. With Josh’s birthday at the end of February, it's less clear cut.

They say that mother knows best and to go with your gut instinct but, once again, I find myself agonising over the decision and seeking the views of others.

In the yes camp.

“What does pre-school think?” I have been asked.

In fact, preschool have said they think Josh is ready. He works well in groups. He is confident in voicing his opinion and he is beginning to grasp basic literacy and numeracy concepts.

Yes, he would likely be even more confident if he started school in 2022 but how would he handle those last six months of preschool? Would he get bored? Will he become boisterous and overconfident?

One of the reasons that Freddie settled into school so easily was that he knew so many of the other kids. Kindy was like an extension of preschool and the local playground.

Most of Josh’s friends are starting school in 2021 and, from what I can see, they are like him in terms of ability, speech and maturity levels. I worry how Josh will cope with seeing his friends go off to school while he remains at preschool.

Not only would Josh going to school save $600 a month in childcare fees, it would enable me to work more, which would make a huge difference to the family finances. Not a small matter in the present climate!

In the no camp.

Parenting and educational experts seem unanimous that boys would do better to wait that extra year. In a 2016 article, Maggie Dent writes that “boys have been known to be around six to 12, even 18 months behind girls when they start school.”

Amongst other things, this can put them at a disadvantage when it comes to early literacy. I have certainly found with Freddie that reading has been a struggle. While he is catching up, we are putting in a lot of extra homework time and I do sometimes question if we would have had the same outcome if he had started school later.

I also wonder what will happen further down the line. Will Freddie resent my decision to send him to school early when his friends have got their P-Plates or are heading off to Schoolies? Or perhaps that's a positive. Should I rescue Josh from the same fate, or would that not be fair to his big brother?

There is one other issue playing on my mind and this, more than anything else, is pushing me into the no camp. I can't help but wonder what impact COVID-19 will have on next year’s Kindy kids.

When Freddie started school, I was able to walk him right into his classroom and wave goodbye from the window. Will I be able to do this with Josh or will I have to leave him at the gate?

I also volunteered in classroom reading groups and canteen. I will never forget the look of excitement and pride when Freddie saw me handing out slushies. I was hoping to do this again when Josh started Kindy.

And perhaps I’m way ahead of myself here but I also worry about further lockdowns and school shutdowns in NSW. How would I cope with homeschooling two kids? As one of the younger kids, would time out of school be detrimental to Josh?

I feel sad for the kids who started Kindy in 2020. I guess they don’t know any different, but I know how much they missed out on. The fetes and fundraisers. The concerts and sports days. The days of early learning.

I would do anything to give Josh a ‘normal’ Kindy year and that is why I am edging closer towards a no decision. They say you never regret holding your child back. I hope that's true.

What do you think? Do you have the option to hold your kid back from kindy next year? What’s influencing your decision? We’d love to hear from you in the comments below.

Denny Nesbitt is a life and career coach to motivated women who are seeking greater fulfilment and balance in their working lives. She lives with her husband and two sons on the Illawarra Coast in NSW. See more from Denny here.