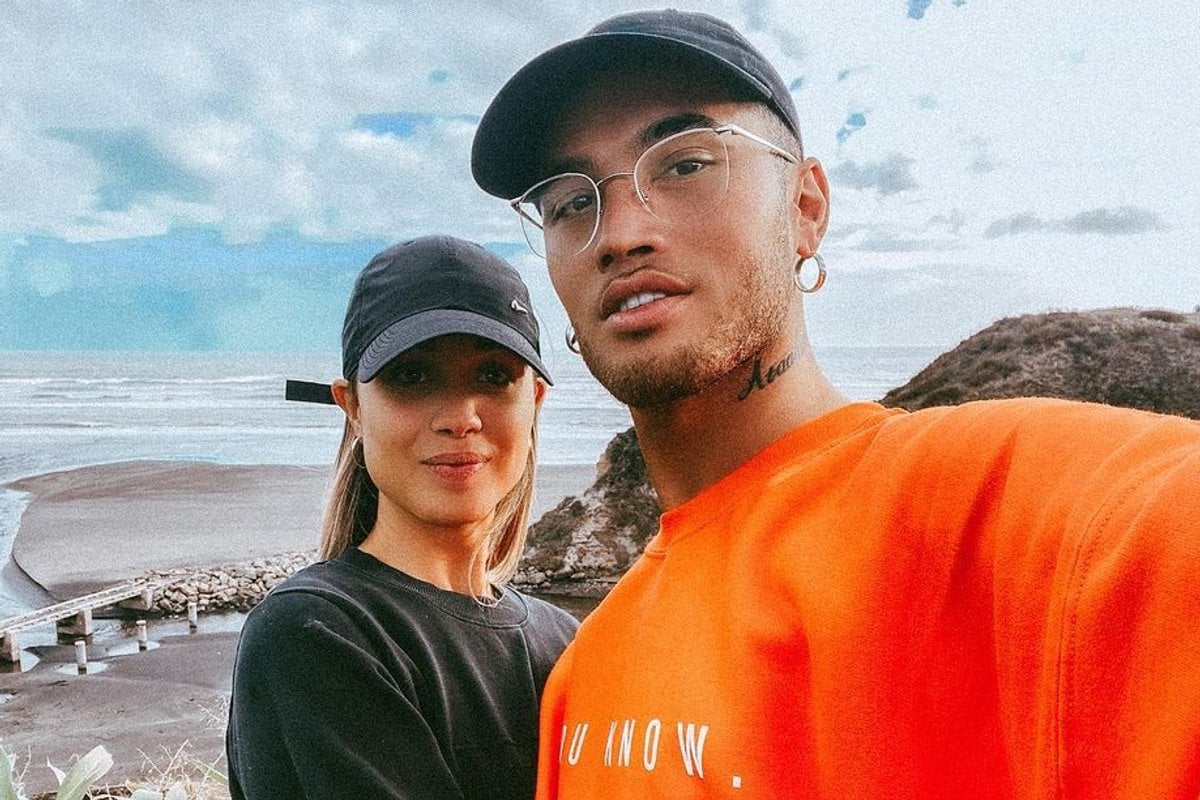 The 30-year-old singer, who won Idol back in 2009, shared the exciting news on Instagram yesterday. And the engagement photos are pretty damn cute.

"When you know, you sometimes still don't know lol... But with you I always knew..." he wrote, before joking Lou "said yes after like the 15th time hahaha..."

"No person I’d rather spend the rest of my life with than you... My best mate... The one I can be my ultimate, weird, dramatic, emotional, true, honest self with... I can truthfully say, I have found my soul mate...I love you my fiancé...Mo ake tonu ake...."

"Best thing I’ve ever done... Thank you my love for choosing me for all of who I am..." he captioned another post of the happy couple.

Stan reportedly started dating Lou back in 2013. Four years later, in 2017, he had to get his stomach surgically removed after developing cancer.

The singer recently spoke about his experience on Idol, during an interview on Mamamia's entertainment podcast, The Spill.

"It was incredible, it's such a fun experience," Stan explained.

"I think if you're going in there with an open heart and be prepared to work - I think there's a big section of people who go in there thinking 'we're on a show, we're entitled, I'm a big superstar'. Nah, bro. You gotta work your arse off... You have to work harder than your gift."

Listen to The Spill, Mamamia's daily entertainment podcast. In this episode, co-hosts Kee Reece and Laura Brodnik chat about Nicole Kidman and the number of celebs who have become strategic business partners and chief creative officers. Post continues below.

2. Jesy Nelson is leaving Little Mix to focus on her mental health.

Little Mix fans, we have some sad news.

After nine years, Jesy Nelson has announced she's leaving the band, which she says has "taken a toll" on her mental health.

Sharing the news on Instagram on Tuesday, Nelson explained that she's "ready to embark on a new chapter" in her life.

"The truth is recently being in the band has really taken a toll on my mental health. I find the constant pressure of being in a girl group and living up to expectations very hard," she wrote.

"There comes a time in life when we need to reinvest in taking care of ourselves rather than focussing on making other people happy, and I feel like now is the time to begin that process."

"I need to spend some time with the people I love, doing things that make me happy."

The 29-year-old went on to thank fans for their ongoing support, as well as her bandmates, Jade, Perrie and Leigh-Anne.

The three singers also shared a message on the Little Mix Instagram page, where they explained they would continue to perform together.

"This is an incredibly sad time for all of us but we are fully supportive of Jesy. We love her very much and agree that it is so important that she does what is right for her mental health and well-being," they wrote.

"We are still very much enjoying our Little Mix journey and the three of us are not ready for it to be over."

The news comes after the band announced that Nelson was taking "extended time off" for medical reasons in November.

3. Meghan Markle has just put her weight behind oat milk lattes, proving she is indeed a princess of the people.

So, it looks like Meghan Markle has just invested in a female-led, instant oat milk latte brand, and we love a lady startup supporter!

The Duchess recently announced her investment in Clevr blends a dairy milk alternative latte brand with a very important mission.

Clevr blends give one percent of their revenue to organisations that are fighting for food justice in the US.

"This investment is in support of a passionate female entrepreneur who prioritises building community alongside her business," she said in a statement to Fortune Magazine.

4. Mariah Carey acting shocked that ‘All I Want For Christmas Is You’ is number one again is such a mood.

Mariah Carey is "shocked" that 'All I Want For Christmas Is You' has topped the Billboard Global 200, as has happened for the past several years, and it's about time we drop the humility act and take some credit for creating the best Christmas song to ever grace our earth, okay Mariah?

Earlier today, Mariah Carey retweeted Billboard's announcement that she has topped the charts for the fourth week in a row, writing: "Wow! I truly wasn't expecting this at all!!!" and is it just me, or does it sound a liiiiiittle sarcastic.

"Eternally grateful for the enduring success of this song. 'I don't want a lot for Christmas...' just wishing for a bit more JOY and some holiday spirit for all, especially this year."

WOW! 🤯🥳🤩🥰😇 I truly wasn't expecting this at all!! Eternally grateful for the enduring success of this song. "I don't want a lot for Christmas..." just wishing for a bit more JOY and some holiday spirit for all, especially this year. Merry Christmas! Love, MC🎄❄️❤️☮️ https://t.co/codvnqh3an

Joining our Christmas queen in the top 10 are such bangers as Wham's 'Last Christmas', and Michael Buble's 'It’s Beginning To Look A Lot Like Christmas' scraping in at 10.

5. Sia told Louis Theroux she was suffering from complex PTSD. He asked her why.

The Australian singer-songwriter, who launched her music career in the late 90s before being propelled into the spotlight, likens fame to poison.

"[Fame] has done nothing for me," the 44-year-old told Louis Theroux on his podcast, Grounded with Louis Theroux.

"I thought fame was going to rescue me and it didn’t." 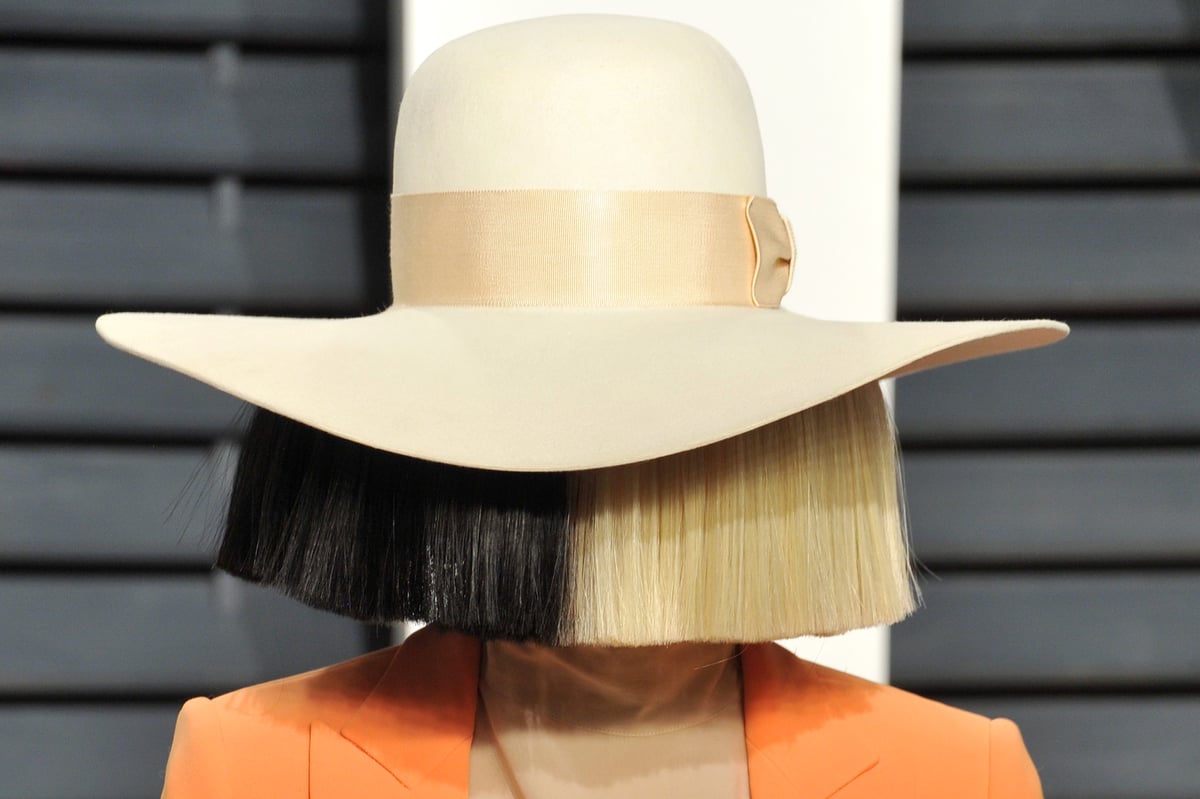 The Adelaide-born singer, who broke through as a solo recording artist with her sixth studio album, 1000 Forms of Fear, has spent the last few years masking herself with long-fringed wigs and large hats.

While she occasionally shows her face at events and on social media, particularly in aid of causes including animal rights, Sia largely rejects her fame, opting to shelter from the world in plain sight.

But despite her attempts to hide away from the spotlight, Sia believes fame is a contributing factor in her recent complex post-traumatic stress disorder (PTSD) diagnosis.

In a candid discussion with journalist Louis Theroux, Sia opened up about the diagnosis, sharing that it stemmed from "early trauma" as well as her experience with fame.

The discussion evolved following an incredibly bold question from Theroux, who asked: "What is the PTSD from?"