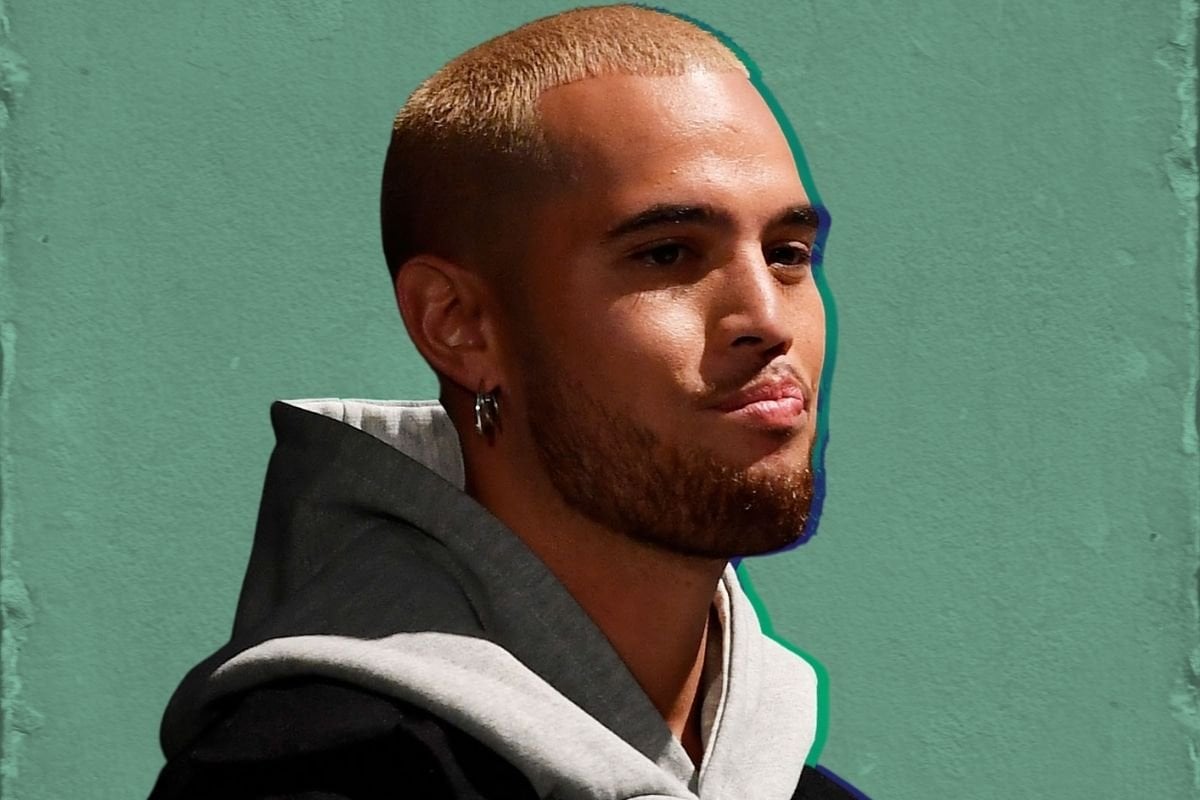 The following discusses domestic violence, which may be distressing for some readers.

Most people only know the latest chapters of Stan Walker's story: his victory in the final season of Australian Idol in 2009, his subsequent chart success, even his 2017 stomach cancer diagnosis.

But in this extract from his book, Impossible: My Story, the 'Black Box' singer chronicles a chapter few knew: a childhood studded with abuse, and the backstory that helped him better understand it.

I remember looking out my bedroom window. A police car was parked in the drive, sending its red and blue lights flashing over our house. There was shouting. I could see Dad struggling with the officers trying to get him into the car. Then they were gone.

I don’t know who would have called the cops. Mum maybe, if she could’ve, or my Koko [grandfather], who must have often heard the screams and crashes. It’s hard to think of any one specific time, but I just remember watching out the window as Pāpā got taken away. It happened lots of times.

He always came back. Mum always wanted him back. She’d get a bit of strength back and then it would be, "I don’t know what else to do. I’ll go back to him." He would say he’s sorry. He’d say he wouldn’t do it again.

They must have been so young back then.

She didn’t know anything else. I’ll never know what it’s like to be a mother being abused. But for her, that’s the version of love she knew, and she was scared: if he left, if she left, she wasn’t going to be loved, nobody would want her. So she just stayed in it.

People so often judge these women: "You should just leave." We think we have all the answers for people in that situation, but it’s so much harder than that.

Listen: This is only one part of Stan Walker's 'impossible' story. To hear him share his experience of poverty, Australian Idol, fame, surviving cancer and more, listen to No Filter below or in your favourite podcast app.

Women like who my mum was back then have been so damaged and conditioned. That’s their normal, and they think that’s all they’re going to get. I’m just explaining it like my mum explained it to me, but I will never actually know the emotional, physical, spiritual hold that my dad had over her.

When I was really little, I don’t remember thinking, having the brain to even think, 'I want you to leave.' It was only later that I though: ‘I hope he goes.’

But I did wish he would die. I was always scared. Always. I think about my unformed brain at that time, my developing little child brain, taking on these adult things that I should never have had to take on, and trying to survive in that. Man, I don’t want that for anyone. 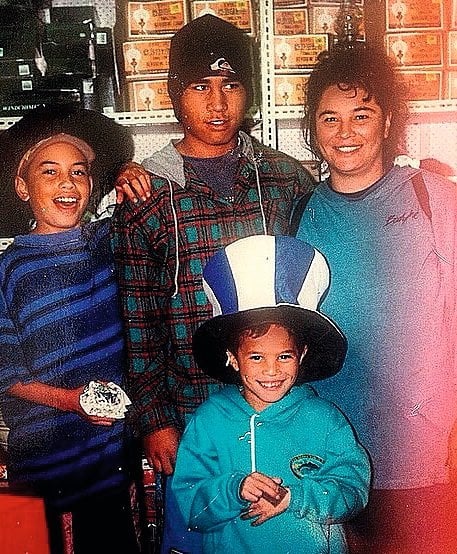 Me with my older brothers, Russ and Mike, and my mum in 1996. Image: Supplied.

Oh, my poor papa. I didn’t understand him until I was much older. He was just the end result of the things that had happened to him, and what had happened to him was way worse than what we went through. I say that because even at the worst times for me, I still knew that I belonged to my whānau [family]. I never doubted that, and so I had an identity, even though that was often confusing for me. But Dad fitted nowhere.

His father, my grandfather, was a very abusive man. He used to beat my nan. He was vicious to her. When she got pregnant with my dad, she said to my koroua [grandfather] that this baby wasn’t his. She hadn’t thought that he was going to take it out on my dad for the rest of his life. He would smash my dad every day.

He never experienced love; he never got love from his dad, and he was estranged from his mother. He was ugly to her, took everything out on her until she turned against him, too. So he never received love, and he didn’t know how to give it. Even as a very small child, I definitely never heard my dad say, "I love you." I don’t remember him ever hugging me, I don’t remember him holding my hand as we walked somewhere. Anger, violence, and the expression of those feelings, was all he knew.

My dad used to eat out of the bins at school. He was mocked and beaten up by everybody. Because he came out much whiter than his parents, everyone used to call him a ghost. When he got bigger, he became evil. Monkey see, monkey do. That’s what happens when you’ve got nobody else to help you or there’s no way out.

It got worse as he got older. On his eighteenth birthday, he thought he was a big man. He took a knife and tried to stab my grandmother, his mother. She turned the knife back on him and ended up cutting his finger off. It was like Mum said: everyone seemed to hate him, even his own mother. And he hated everyone in return — with the exception of his Aunty Hira, his mother’s sister, and his first cousin Mary. They had a soft spot for him and were the only ones who gave him the time of day. Aunty Hira especially had seen him go through everything and understood why he was the way he was. 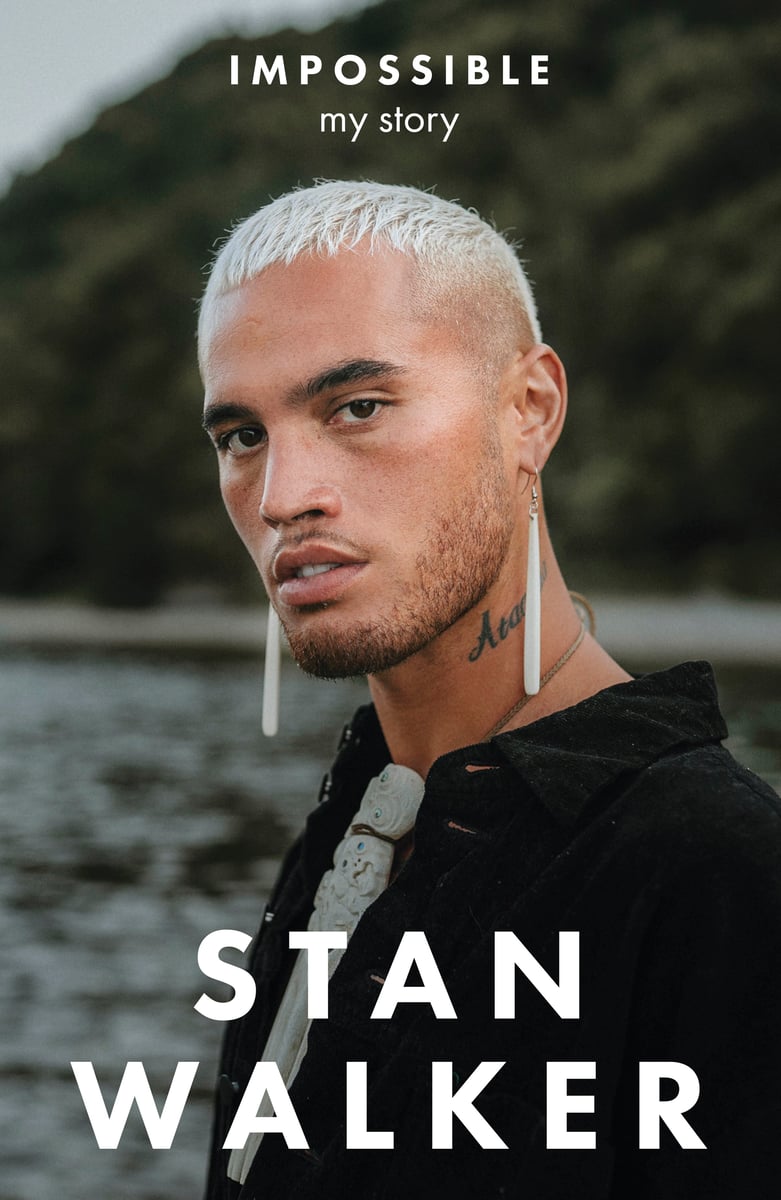 But still, he had nothing to lose. He was out to destroy.

He got into the drug world, growing it and selling it, and using. By the time I came along, he’d been in and out of jail lots of times, including a nine-month stint when he was twenty, for fire-bombing someone’s house. He was a drug addict and an alcoholic, and that was another cause of his crazy violence — using it, needing it, recovering from it. The drugs he used were low level. Peasant drugs, bottom shelf. Dope, of course, but then it was petrol, glue, gas — absolutely everything and anything he could get his hands on. The side effects of that are well known, and include violence and even brain damage.

He’d be sitting there, on the couch or at the table, always watching my mum, always watching us, always a ticking time bomb. He was ready. And when he hurt you, he wanted to make you bleed. We had to be on our toes. Even as a really little kid, I knew: be on your toes.

I was always scared. Scared to do anything.

There are a lot of cases you hear about where the husband beats the wife up, but away from the kids. Maybe they hear it from their bedrooms. Pāpā didn’t care. We saw it. We were there, part of it, watching our mum get a hiding right in front of us. Often, we were the reason she would get smashed. He’d be giving me a hiding, or me and my brother, and she would jump in to defend us, and then she’d get a hiding. It would make him even worse. She put her body on the line to protect us, and … that was the hardest thing. It was harder watching her get beaten up than it was to get beaten up ourselves. It was hard as a little kid to see the person you love the most get wasted. Your mum.

I don’t know if people just didn’t want to see it or they ignored it. People choose not to see things. I feel like there was a lot of that, because that has happened in our family and in our communities for years: sweep everything under the carpet. You know who’s the rapist. You know who got raped. You know who’s getting beaten up, but you don’t say anything. Ssshh. That’s not our problem. Don’t say nothing.

To say something is to expose the truth. Maybe they don’t want to cause any dramas. Maybe they’re in denial, so they don’t have to do anything about it. But it’s happening. And it was happening.

This is an edited extract from Impossible: My Story  by Stan Walker, published by HarperCollins and available now in paperback, e-book and audio at all good bookstores and online.