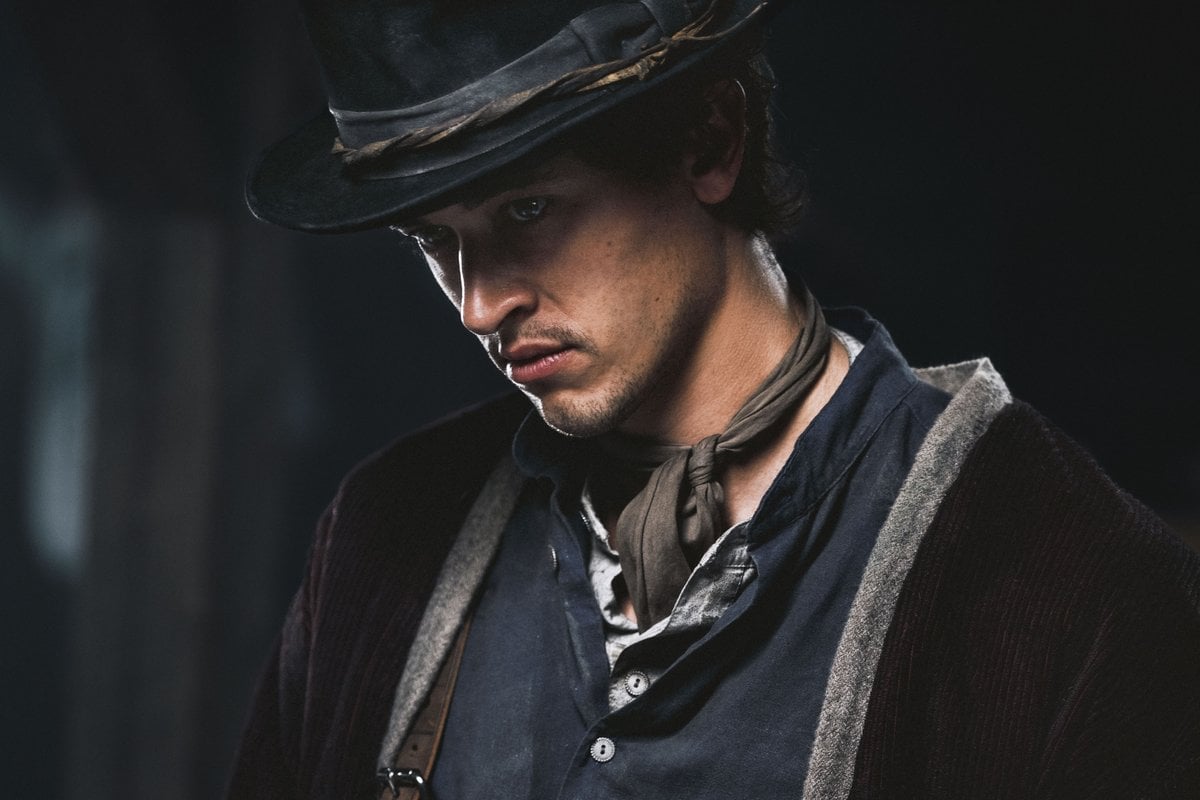 Billy The Kid is an all new series bringing an infamous historic tale to the screen, with one thrilling twist after another.

Set in the 19th century, Billy The Kid tells the story of the famous American outlaw Henry McCarty (played by Tom Blyth) through eight hour-long episodes. It paints a devastating story of the early years in Billy's life, with the implication that his father (Joey Batey) took his own life after immigrating to the United States from Ireland. Their move was all in chase of the American dream.

Kathleen McCarty (Eileen O’Higgins), Billy's mother, is sturdier and depicted as the strength of the household. But as we know, there was not much more for a woman to be in the 19th century other than 'a wife', and so she marries out of desperation - much to the disappointment of the eldest of her two sons, Billy.

Watch the trailer for Billy The Kid. Post continues after video.

Throughout the season, we witness Billy turn from a boy into a young man - one with a keen sense of justice and devout loyalty to those he loves.

It was a story that creator, writer and showrunner Michael Hirst says was born out of sheer curiosity - to answer whether his own childhood hero was worth the lifelong devotion.

"I used to when I was going to school, I would pretend I was Billy riding across Texas and I'm not sure why but he launched into my mind," he explains to Mamamia.

"What I really wanted to explore, was to examine the reality of Billy's life, the truth of Billy's life, just to make sure he was worth hero-worshipping. That I hadn't spent all my life being excited by someone who wasn't worth it."

He continued: "One of the astonishing things about Billy is here's a guy who ostensibly was shot dead when he was 21 or 22 in the middle of the 19th century, who is still one of the most famous men in Western history." 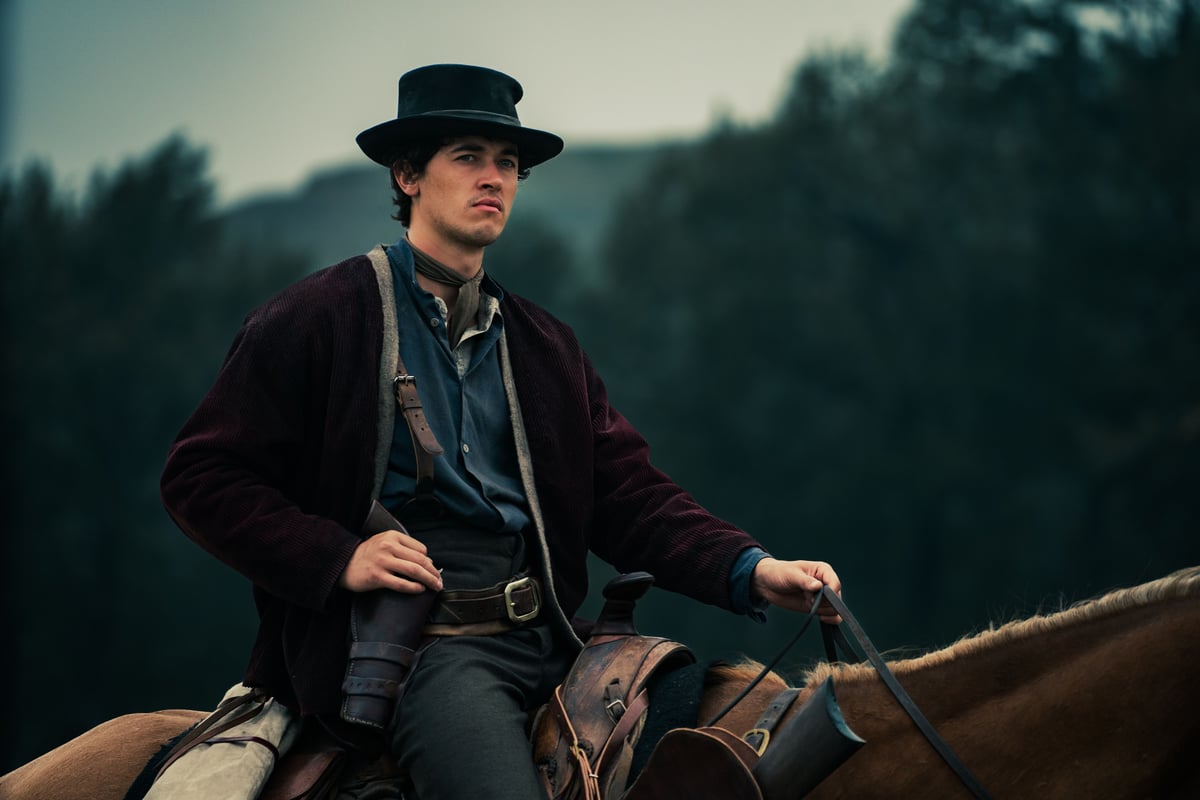 The dedication to detail, to creating a western world not typically seen, was all of Hirst's doing.

"The research is something I enjoy and spend a lot of time on. It's not just the character, it's the whole environment. It's the world these people grow up in and inhabit," he says.

And it is true. The barren, empty lands we see are not alike to what we're so used to when it comes to a Western Era visual. It's an honest, raw and sobering depiction of life for Billy in the 19th century.

"There are lots of challenges to shaping historical material. You want to be authentic, but you also want to be dramatic," Hirst explains.

To portray this, Hirst employed the help of an American historian and wanted to see pictures of the places and lands Billy and his family lived on.

"[They] went on a journey from New York, to the west to Kansas. We know the places they went through. I want to see pictures of those places. I want descriptions of them. I want to know what was happening in those places," he explains.

Along with this, they consulted reputable books filled with stories written by people who actually knew Billy.

"You kind of you trust your instincts up to a point, and you trust the material, especially if it's authentic. So what I wanted to do is to attack all the cliches that I read about Billy and to try to discover the authentic and truthful." 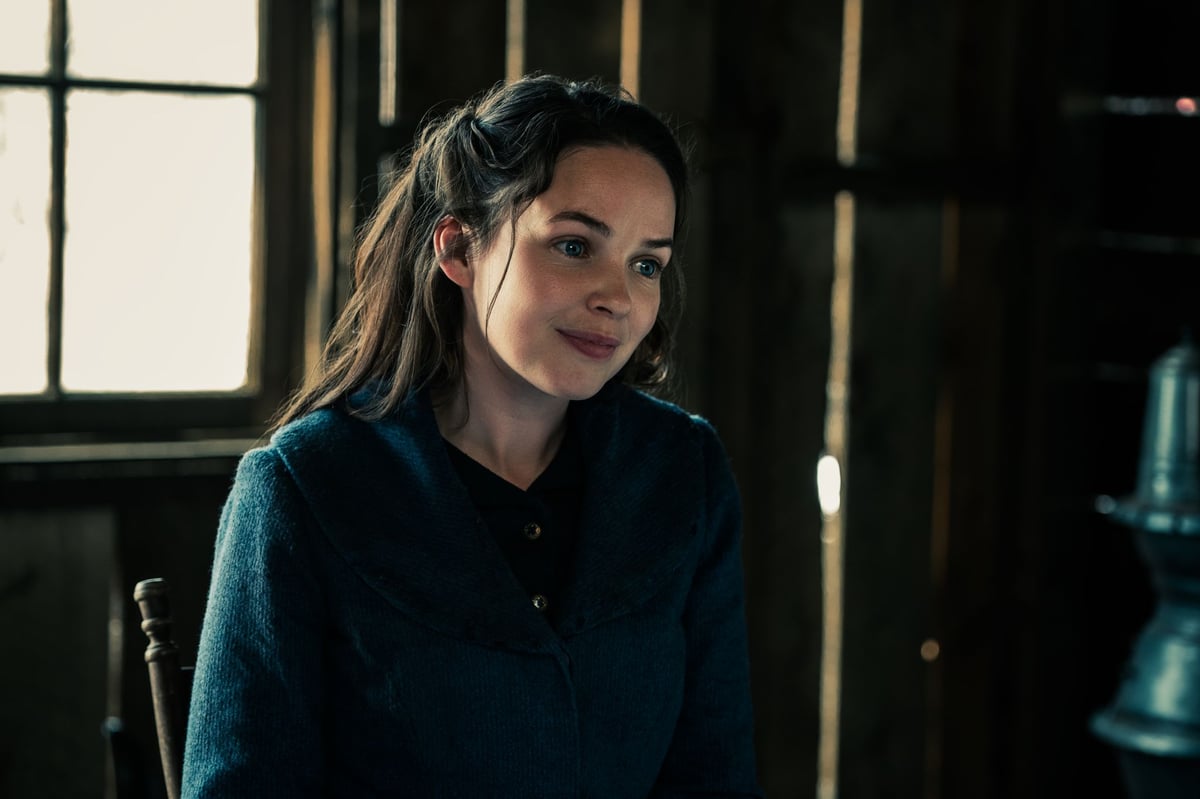 Blyth's own depiction of the character he embodies is witty and cunning, filled with a fierce desire to protect his mother from hardship. Many would recognise the actor from The Gilded Age, where he plays Archie Baldwin.

In choosing Blyth, Hirst reveals his casting process was far from simple.

"He had empathy for Billy. He did some great reads for us. But I still kept throwing stones in his way," he explains. "I said, 'Did you know that Billy had a beautiful singing voice? And could play musical instruments?' And so the next thing I know Tom has sent me a tape of himself playing the guitar and singing beautifully.

"So how could I not cast him?"

Billy The Kid, says Hirst, tells us that this story - his story - is one he believes to be the "most authentic".

"It's not historically accurate because there's no such thing really as historical accuracy. But I think it's the most authentic and truthful accountability, which is why I wanted to start with him as a boy," he explains. "Because I don't think you can understand the man without knowing the boy.

"When you look at the boy and his Catholic mother, and the circumstances of the moving West and what the West was like in those days, you can begin to get a real sense of who Billy was and what he faced."

Billy The Kid is streaming from April 25, only on Stan.

S
summer a month ago