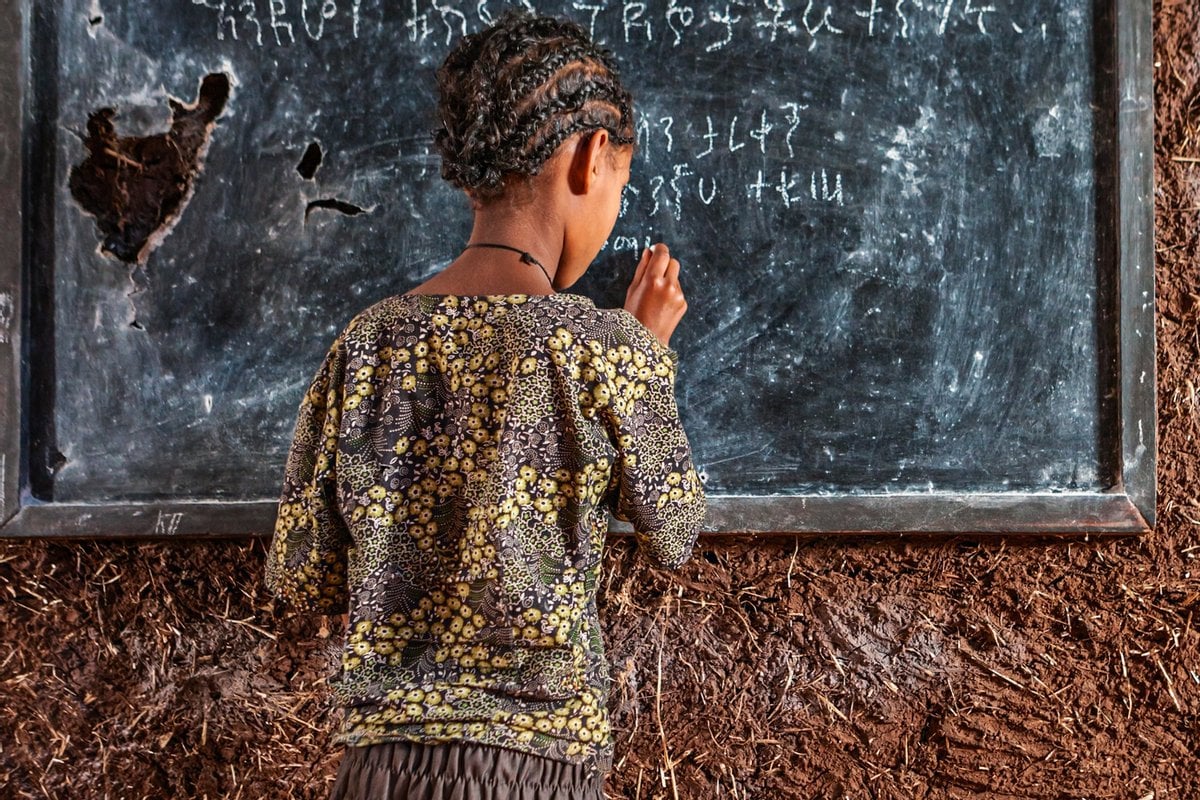 Last year when I travelled to Uganda, I met Dembe, a survivor of child marriage. Our conversation was a real eye-opener to me and, to be honest, it was as heartbreaking as it was hopeful.

We sat in a simple classroom at Dembe’s school – my heart was still warmed by the singing that had greeted us when we arrived. It was baking hot. Dembe sat behind one of the basic wooden desks beside a World Vision interpreter. Through the windows behind her were the red fields and shadeless trees I’d passed on my way in, along with a sign:

Watch: Thank you to the teachers everywhere. Post continues below.

Dembe was still only 16, and her face with its beautiful high cheekbones seemed too childlike to have been through the experiences she’s had. But the pain in her eyes told another story.

She told me that a young man took an interest in her, bringing her treats at recess. An alarm bell went off in my head – he was grooming her. But Dembe was too young to understand, and her parents had passed away – she was an orphan with no support except for her grandmother who was so poor she could no longer pay for Dembe’s schooling.

Before long, this man’s interest in Dembe grew overwhelming and she felt confused. Many of her friends were getting married and she thought maybe this was what she was supposed to do. She ended up marrying the man without telling anyone and lived with him for three months before becoming suicidal and running away.

As she told me her story, she pressed her hand to her forehead, gripped by sudden emotion at memories that she could not share. I felt like crying myself. Dembe should not have gone through this.

But the fact is, in the two minutes it’s taken you to read this, 46 girls have been married. That’s around 12 million girls married every year.

Child marriage is child abuse. It’s institutionalised rape, with horrendous consequences, including the increased risk of sexually transmitted diseases, cervical cancer, malaria, death during childbirth, and obstetric fistulas. It ends education. Babies born to underage girls are at increased risk for premature birth, and are more likely to die as newborns, infants, or children.

Child marriage is a hideous practice, but often families don’t culturally see it as ‘wrong’. For many, it’s a way of simply easing financial pressure.

Since my visit to Uganda last year, COVID-19 has changed the world.

The pandemic is driving poverty to new levels and with it, the rates of child marriage. One of the United Nations Sustainable Development Goals is to end child marriage by 2030, and before the virus hit, the practice was in decline. It’s frightening to think that these gains could be lost.

In Uganda I also met my sponsor child, a little girl called Loy, and saw first-hand how sponsorship funds are dispersed throughout the community to help it thrive, with clean water, education and livelihoods for parents and caregivers.

I was blown away by how efficient and authentic child sponsorship is. Seeing the health and happiness of Loy and her family was such a joy! It made me feel more complete as a person, that despite the disparity of where I was born and where she was born – the accident of birth – I really could make a difference. 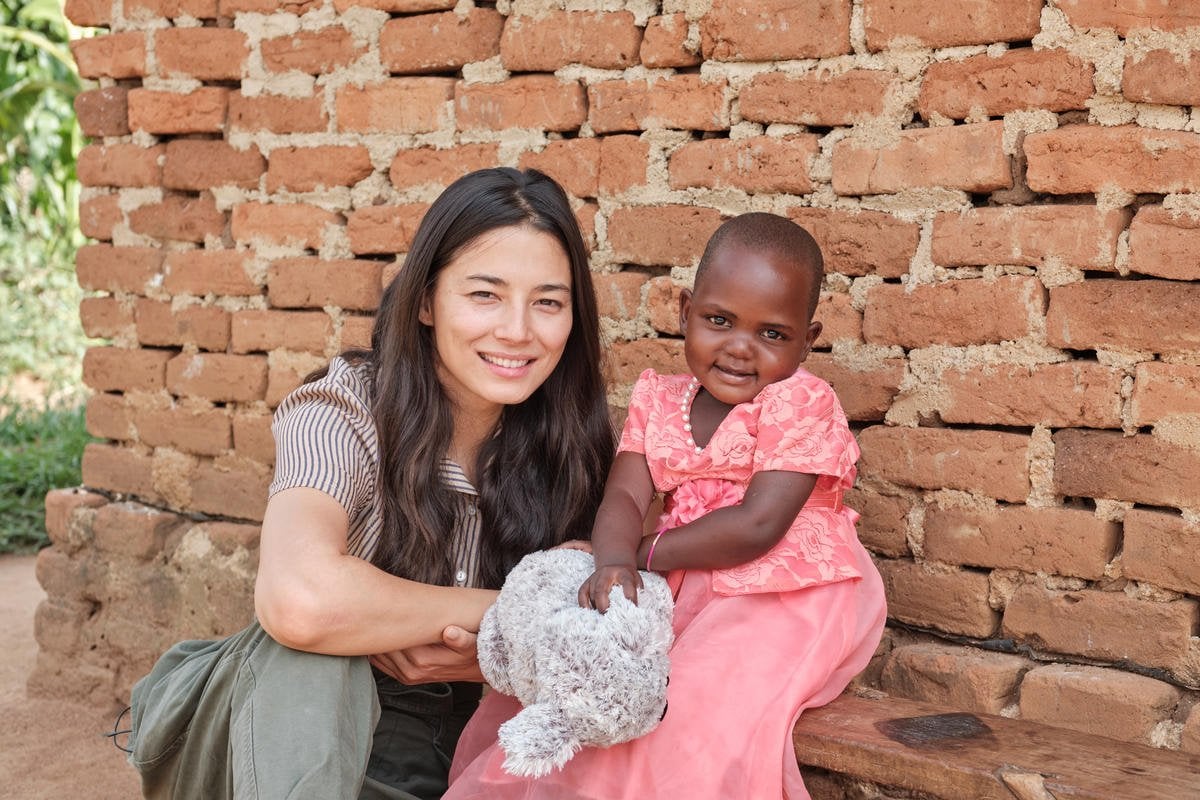 Me in Uganda with Loy.

By sponsoring Loy and her community, I will help protect that little girl from child marriage by keeping her in school, which in turn will help her make informed choices for her own life. Not everyone gets to see this with their own eyes but take it from me – it’s one of the easiest and most sustainable ways of empowering young girls. It’s one of the best things I’ve ever done.

Dembe is back in school and living with her grandmother. She’s so brave. I felt honoured that she trusted me with her story.

She loves maths, and dreams about becoming a doctor. I hope she lives her dream, and that when she has her own children, she passes her knowledge and understanding on to them.

Every girl saved from child marriage is saved from years of hardship. She’s been given a second chance at a more fulfilled life, where she can make real choices.

Read more about child marriage, the facts and how you can help here.