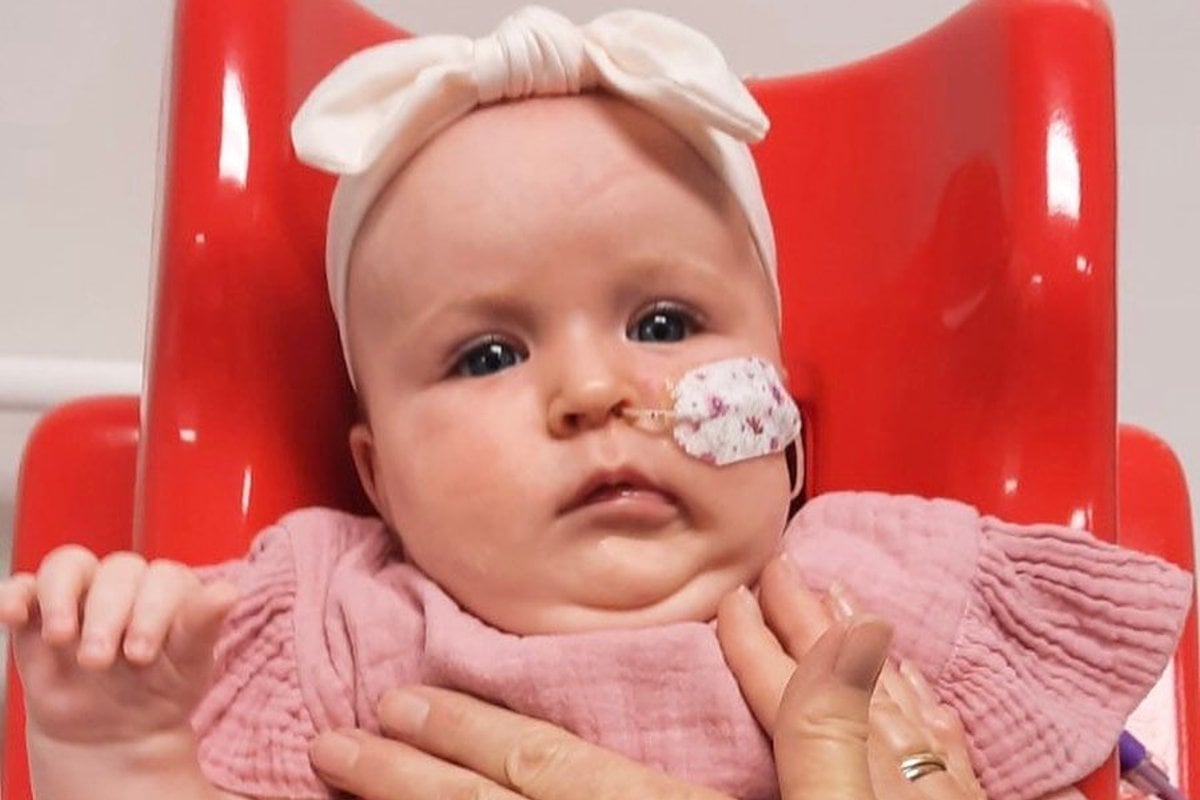 A baby girl could have had a chance at a normal life, yet our health system has failed her.

She will never be able to walk. Without treatment, she would die before she is six months old.

SMA is one of the most common genetic disease among babies, described as the infant version of motor neurone disease. One in 35 Australians carry the SMA gene. If paired with someone who also has the gene, there’s a one in four risk of inheriting the fatal disease.

Listen: Rachael Casella lost her daughter Mackenzie to SMA when she was just seven months old. The unimaginable loss led Rachael to advocate for change and education about genetic testing. Here, she shares her story. Post continues below.

What sends shivers through my body is that there is another Oakley born with SMA in New South Wales around a similar time who is meeting all her milestones and living an almost perfectly normal life.

How are these two little baby girls living such different lives?

Because the second baby girl was given a newborn screening test that is being trialled in the state - it detected the disease almost immediately and allowed for early treatment.

In NSW, there is currently a newborn screening pilot for SMA to screen newborns as part of the heel-prick test.

Oakley Gough did not have this opportunity. Now, the three-month-old’s muscles are too weak and the drug used in Australia to treat SMA, Spinraza, which has been available on the Pharmaceutical Benefits Scheme since 2018, can only do so much.

Once motor neurones are gone, they can’t be recovered.

When I look at my four-month-old baby boy, I can’t help but think of little Oakley, born just weeks after to my close friends, Kate and Grant. My heart sinks when I imagine what they are going through.

Their world now consists of so many unknowns, all centred around their precious baby’s life.

Oakley was born a seemingly healthy baby with no health issues, following an uncomplicated pregnancy and childbirth. A little sister to Arabella, just two years old.

In the first few weeks, Oakley fed well and was doing “all the right things”. 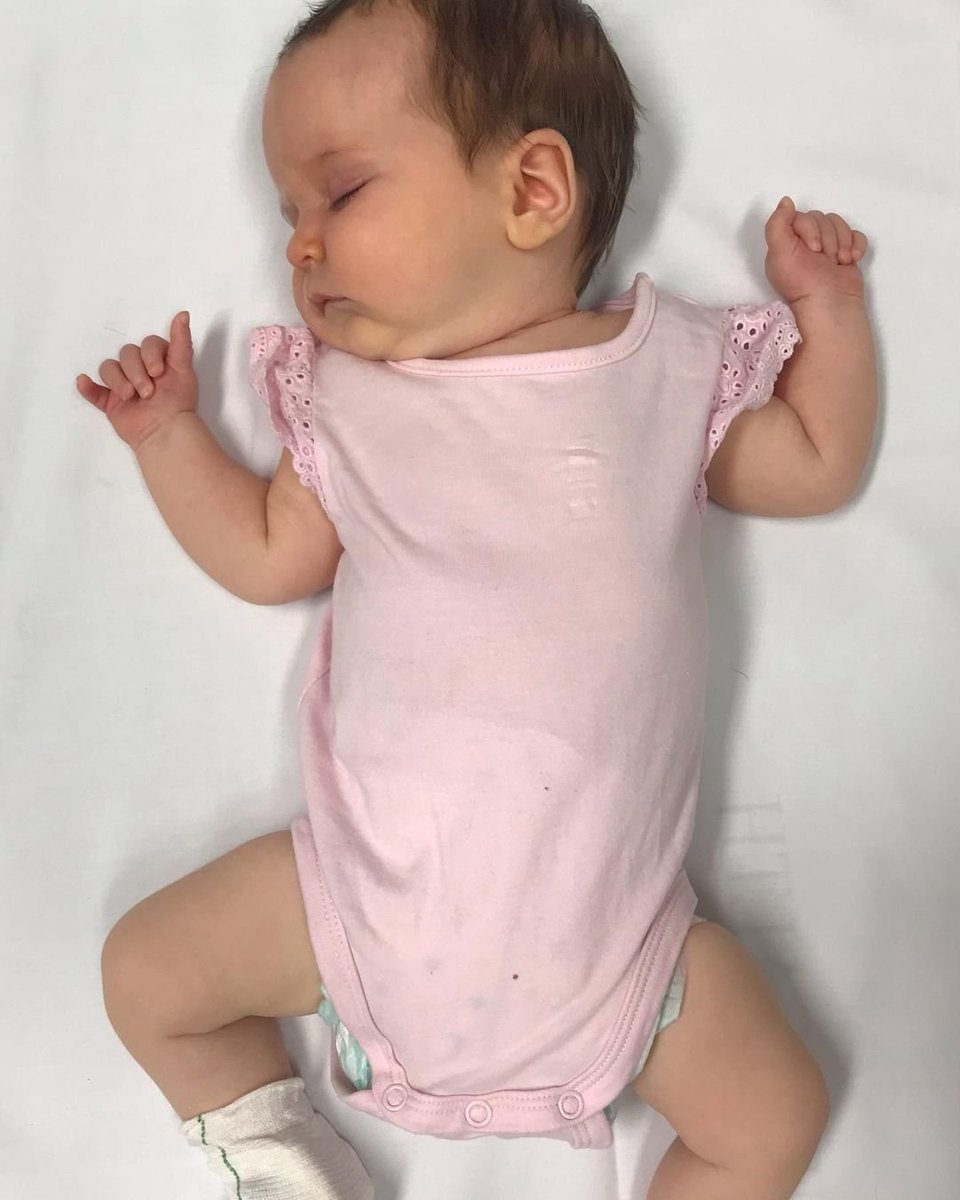 Around six weeks, I remember following up with Kate to see how Oakley was going. Kate replied, “Really well, except every couple of days she’s not feeding great. We’re monitoring it with her midwife and hopefully it’s nothing.”

At this point, Kate and Grant were unaware of what was going on (in fact, doctors and midwives were puzzled), but in hindsight - and with the knowledge they have now about SMA - Kate said there were a couple of gradual signs.

During tummy time, Oakley could no longer lift her head off the ground and her feeding patterns changed. She was losing strength every day.

After a lengthy hospital visit, Grant had gone home to help a family member put Arabella to sleep. During that time, Kate had been told by a doctor that they needed Grant there to explain the circumstances.

Kate describes this as the longest hour and a half of her life. From the doctor’s tone and the urgency to have Grant present, she knew something was horribly wrong, but held onto a tiny bit of hope that everything was going to be OK.

When Grant arrived, they were taken into a small, clinical room with a handful doctors and told the devastating news that Oakley has Spinal Muscular Atrophy type 1.

Kate and Grant described to family and friends how “heartbroken” and “gutted” they were by this news.

What was meant to be a quick hospital visit, turned into days of tests and appointments.

Within an hour, Oakley was being fed through a tube. Within a week, she had a ventilator for breathing support. 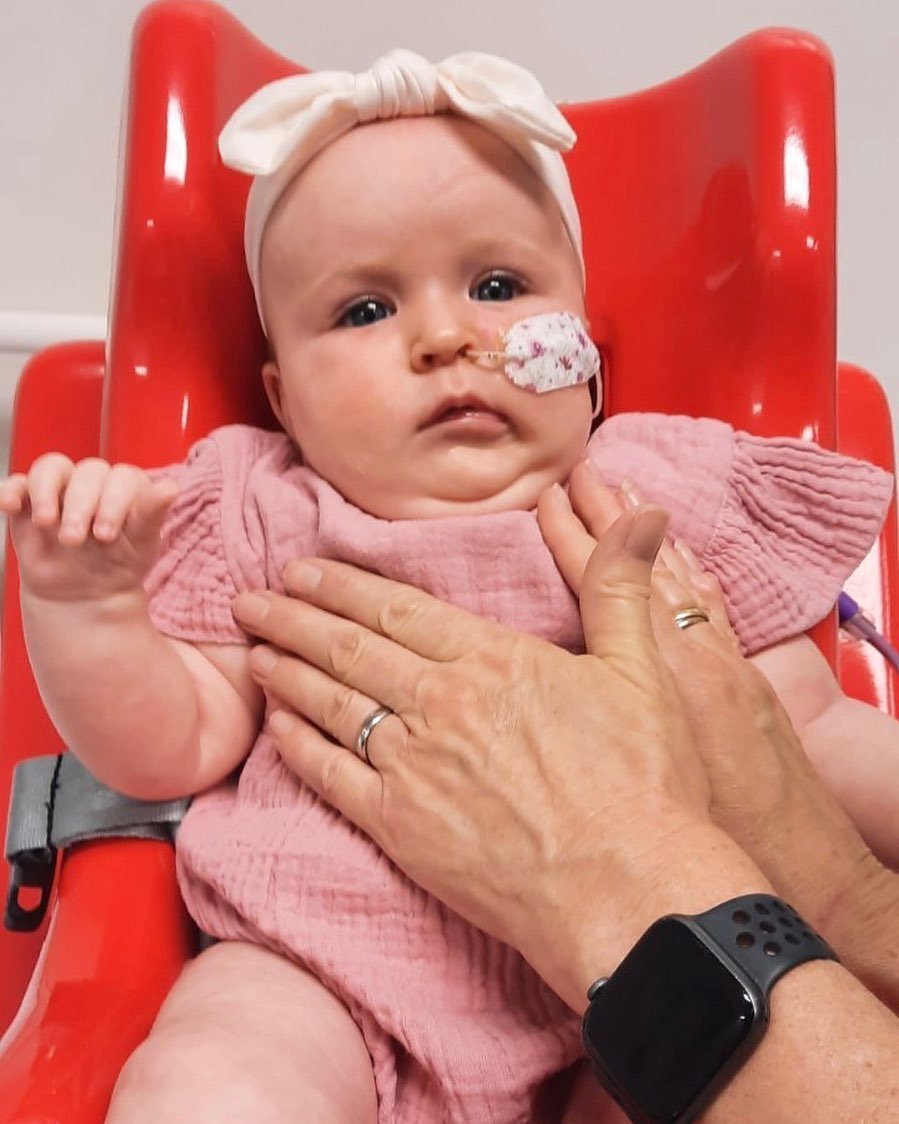 Oakley went from a perfectly happy little baby, to having life-threatening symptoms within a matter of days.

What makes this story even more frustrating is that a new ground-breaking gene therapy for the disease, called Zolgensma, is the world’s most expensive drug - costing a massive $3.3M. It’s a one-off injection that has seen a girl in Canada, who has SMA type 1, reach age four. She can even walk.

There is a lottery that parents can enter to “win” the treatment to potentially save the most precious thing they own.

Victorian-based founder of SMA Australia, Julie Cini, who tragically lost two baby girls to the disease, has been advocating for change to have SMA tested at newborn stage.

While the newborn screening funding is determined at a state level, Julie wants a national approach.

“Your postcode should not determine whether you get this treatment or not.”

There are other advocacy groups, driven by parents of SMA children, that are pushing for improved outcomes for babies with SMA, including Mackenzie’s Mission, which is focused on reproductive genetic carrier screenings for Australian couples.

I feel sick knowing someone else’s baby could be denied better prospects without this crucial screening at newborn stage.

The Goughs are currently in the process of getting this in front of the Queensland Health Minister, with the help of my cousin, MP Laura Gerber.

A Gofundme page is currently set up for Oakley, Kate and Grant to assist them in whatever help they require.

Social media influencers have also joined the fight, with YouTube personality Mitchell Orval, AKA Angry Dad, running his first half marathon for Oakley, raising more than $50,000 for the family. 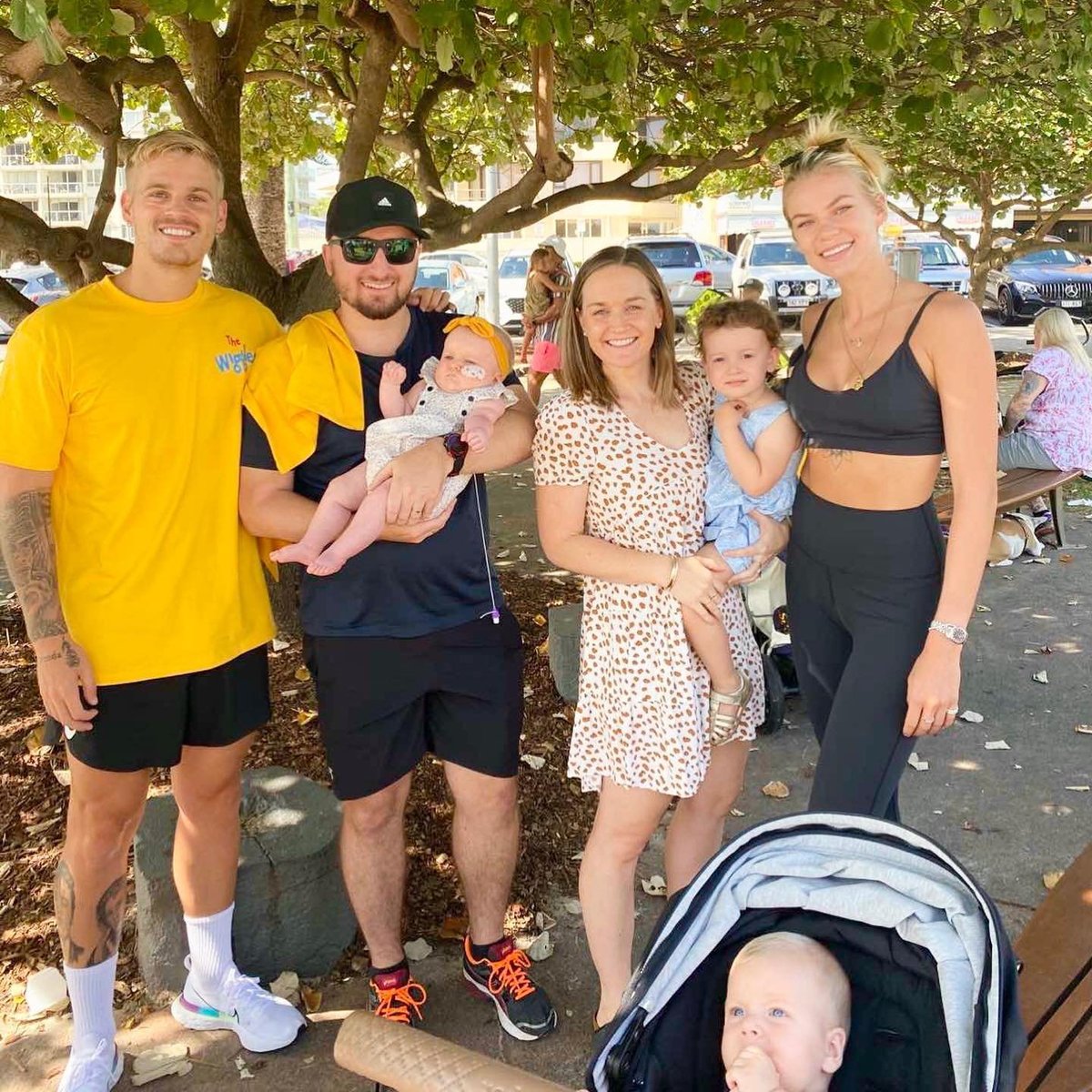 Mitchell Orval with Grant, Kate and their families at the half marathon for Oakley. Image: Supplied.  He inspired Grant to run three kilometres every day.

“Oakley may never get to run, so I will run for her.”

While a baby born with SMA in NSW may be able to run eventually, Oakley won’t.

One test is all it could have taken to give them completely different outcomes.

Move For Oakley have started a petition to get SMA added to the newborn screening test. You can sign it here.

You can donate to Oakley's family here, and you can follow the author of this piece, Jenna, on Instagram here.