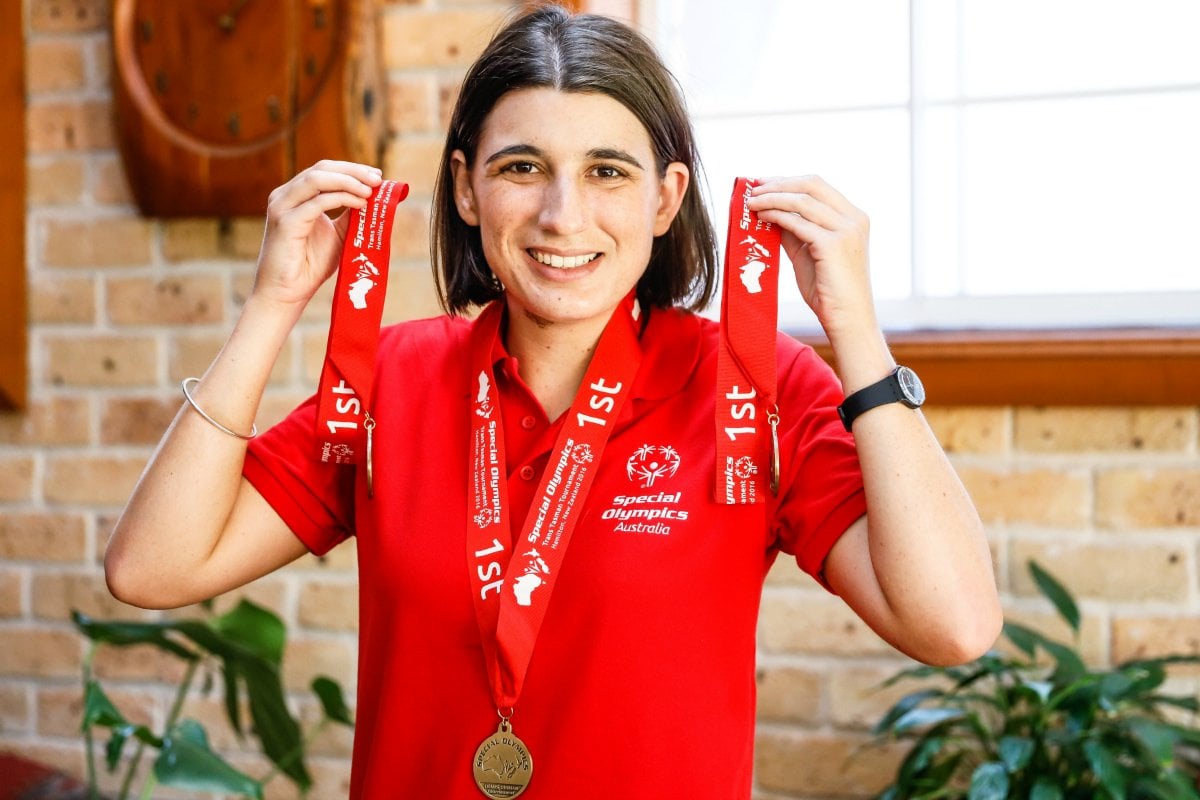 Swimmer Claire Pearson has won four medals for this country; three golds and silver, to be exact. The Sydney woman's haul for New South Wales is even bigger, and she's both captained and assisted the coach of her state's team.

It's likely, though, that you've never heard her name.

Claire, 25, is among 3,000 Australian athletes who participate in Special Olympics, a global sporting program for people with an intellectual disability.

Watch: How Special Olympics and NAB have helped Claire become a champion.

Founded in 1968 by the late Eunice Kennedy Shriver, philanthropist and sister of US President John F. Kennedy, the not-for-profit organisation offers year-round accessible training, coaching and competition opportunities, the pinnacle of which is the World Games, held every four years.

Claire, who was diagnosed with a global developmental delay at the age of two, has been a Special Olympics athlete since 2006.

She trains four days a week with her local swim squad, on top of a weekly session under the Special Olympics program and a weekly gym workout with Stellar Experiences, a local organisation that offers recreational outings for people with disabilities.

Claire is now also focused on improving her downhill skiing technique, having earned a bronze medal at the Special Olympics Winter National Games last year — her first competition in the sport.

"What I like about Special Olympics is making new friends and keeping myself fit," she told Mamamia. "I like going to compete because I can see my friends around the state and the country.

"Special Olympics has given me confidence and independence to learn new skills."

"All of a sudden, at the age of nine, she just spoke up."

Claire's mother, Louise, has watched the ways in which her daughter's sporting endeavours have translated to success in other areas of her life.

"Each time she goes away [for Special Olympics competitions] she comes back with new skills," she said.

"Money skills or just being able to pack her bags, and the way she talks. You can see an independent aura about her, like she's grown up overnight. It's amazing to watch."

But Louise acknowledges that it's been a "long road" to reach this point.

For the first nine years of her life, Claire didn't speak. 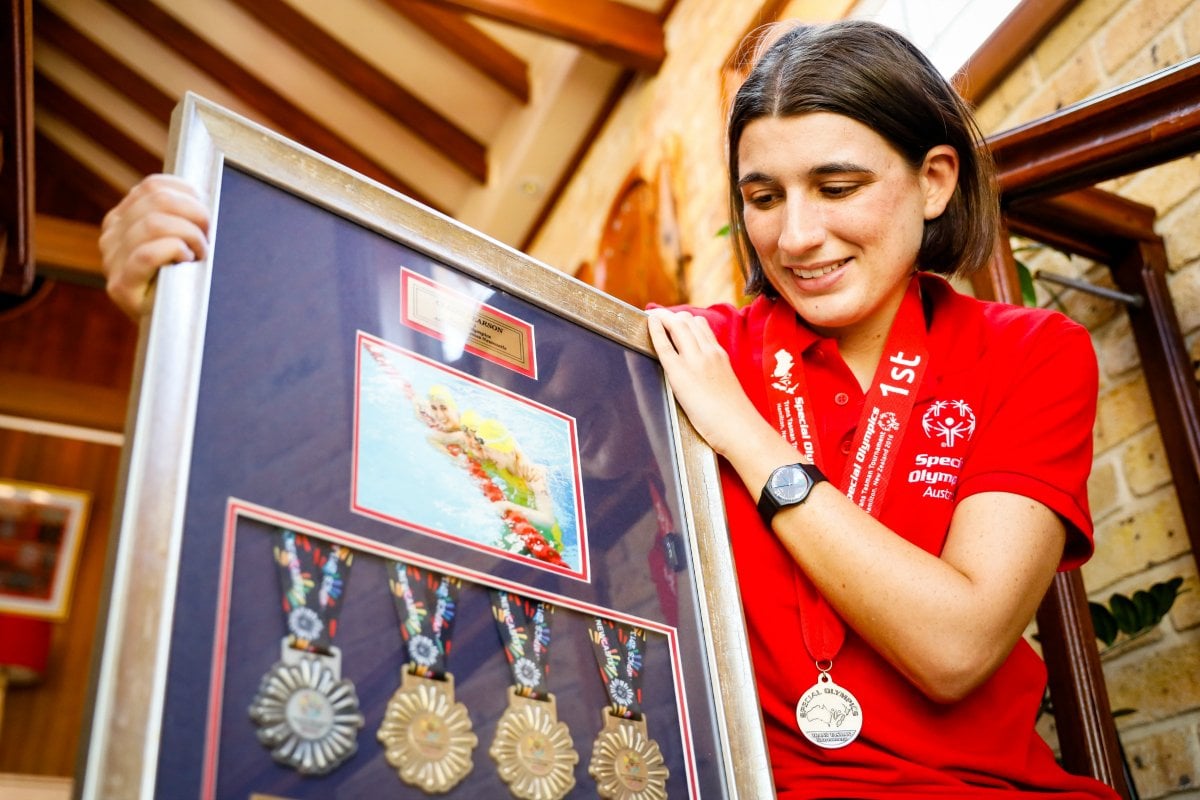 Claire with her medals from the 2013 Special Olympics Asia-Pacific Games. Images: Supplied/NAB.

"I tried to enroll her at the local [primary] school and they wouldn't take her. So I came home, and I cried and I rang up the Department of Education. Then doors opened," Louise said.

"From there, she had an amazing teacher at Kirawee Public School — that was very lucky. We had a few hiccups along the way, but we landed on our feet."

With the aid of early intervention, ongoing speech therapy and the support of her carers and special education teachers, gradually things began to change.

"We were driving along in the car one day, and all of a sudden, at the age of nine, she just spoke up: 'Mummy, I love you so very much.' I nearly drove off the road," Louise said. "From there, I realised that there was a glimmer of hope. And I'm not one to be negative, so I decided to turn those negatives around. Anything that I could see that Claire could do, I decided to build on that."

Fourteen years on, Claire is a champion athlete, leader and proud holder of a Certificate II in Hospitality from her local TAFE.

"I hope to land a job in the hospitality industry or fitness industry," she said.

In the meantime, she's focused on her training and hopes to encourage other people with intellectual disabilities to join Special Olympics.

"Choose a sport that interests you. You will be welcomed with open arms," she said. "[It will be] a decision both you and your parents will not regret."

Special Olympics Australia operates courtesy of the support of corporate partners, including NAB, and public donations.

To find out more and to donate, please visit the Special Olympics website.