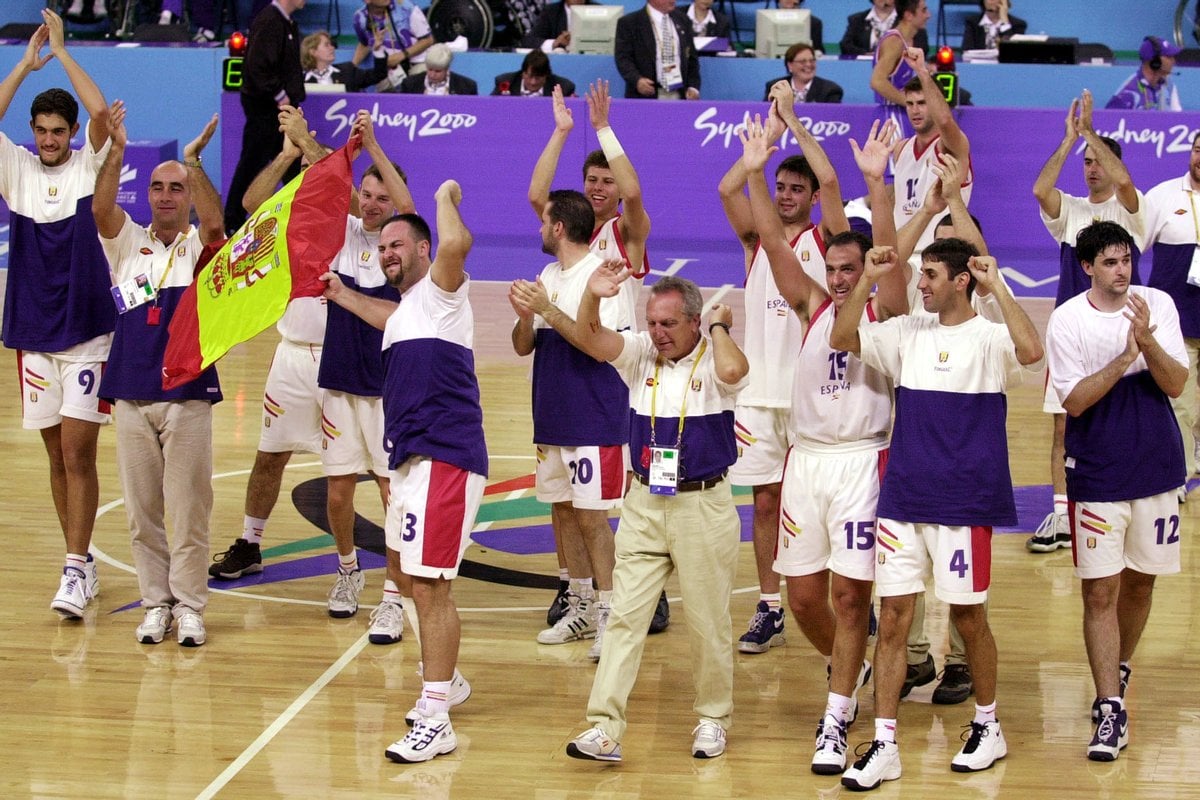 On October 24th, 2000, Spain rejoiced as their Paralympic basketball team triumphed against Russia in a thrilling 87 to 63 win. Their team of 12 were each awarded gold medals and flowers and praise, before they sung their national anthem on the world stage. It was part of Spain's most successful Paralympics yet - winning 107 medals and placing third overall, behind Australia and Britain.

But beneath their cheers was a callous lie.

Upon returning home, player Carlos Ribagorda published a story in which he unveiled what would become one of the most infamous cases of cheating in Paralympic history. 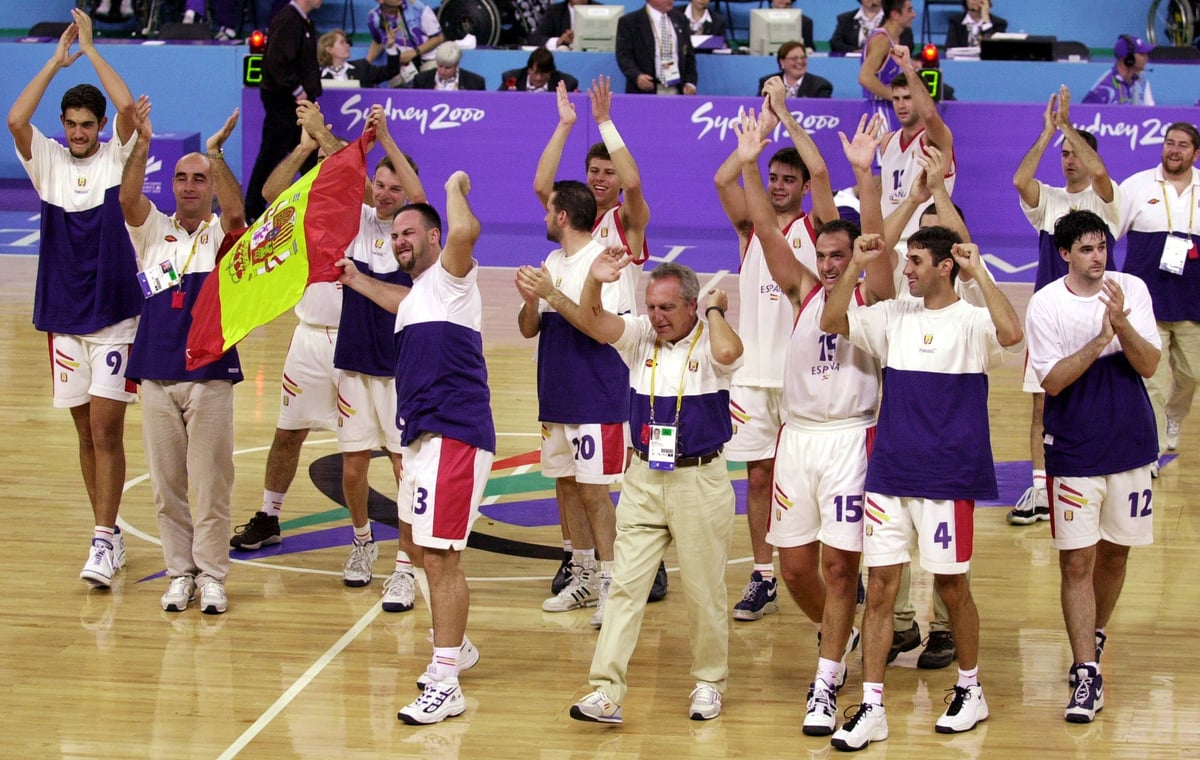 Players and coaching staff of the Spanish intellectual disabilty basketball team celebrate their victory over Russia in the final at the Paralympic Games in Sydney, Australia, Tuesday, October 24, 2000. Image: AAP.

Out of the 12 Spanish basketball players, all of whom had said they have an intellectual disability, only two were telling the truth. The other 10 - of whom Ribagorda was one - had no disability at all.

And it wasn't only in the Spanish basketball team that this had occurred, Ribagorda explained.

“Of the 200 Spanish athletes at Sydney at least 15 had no type of physical or mental handicap - they didn't even pass medical or psychological examinations,” the undercover Spanish journalist wrote in the exposé for Capital magazine.

Fernando Martin Vicente, chairman of the Spanish Sports Federation for the Intellectually Handicapped, denied the accusations at the time, insisting it “could not possibly happen.”

Alas, it was all true.

"I think people saw it as a free trip to Australia. There was even some pride at wearing the Spanish team strip," Ribagorda told The Guardian in 2004.

Ribagorda said he was invited to compete with the basketball team just months prior to the Paralympics, despite being an able-bodied man.  He also shared that he not required to take a test for learning disabilities. In fact, the only test he was asked to do was six push-ups.

"There were five months of training with not a single disabled person in sight. The two genuinely disabled players came from outside Madrid."

Side note... What does it take to be an Aussie sporting hero?

He explained that in their first game at the Sydney Paralympics, the players were told off by their coach at half-time for already being ahead by 30 points. They were explicitly asked to not play so well, to deter any suspicion.

When the team won Gold and their photos were splashed on the front pages of the newspapers at home, people who knew the players began recognising them, and realised they were people who did not have learning difficulties.

When arriving home, Ribagorda recalled the entire team being asked to disguise themselves by growing beards and wearing glasses and hats.

But what officials failed to realise was that an undercover journalist - Ribagorda - was among them the whole time, ready to blow the whistle. And that he did.

It wasn't until the London 2012 games that athletes with intellectual disabilities were permitted to compete again.

This story, along with many more, are covered in Titus O'Reily's new book Cheat, available at all good bookstores. You can purchase Cheat right here.