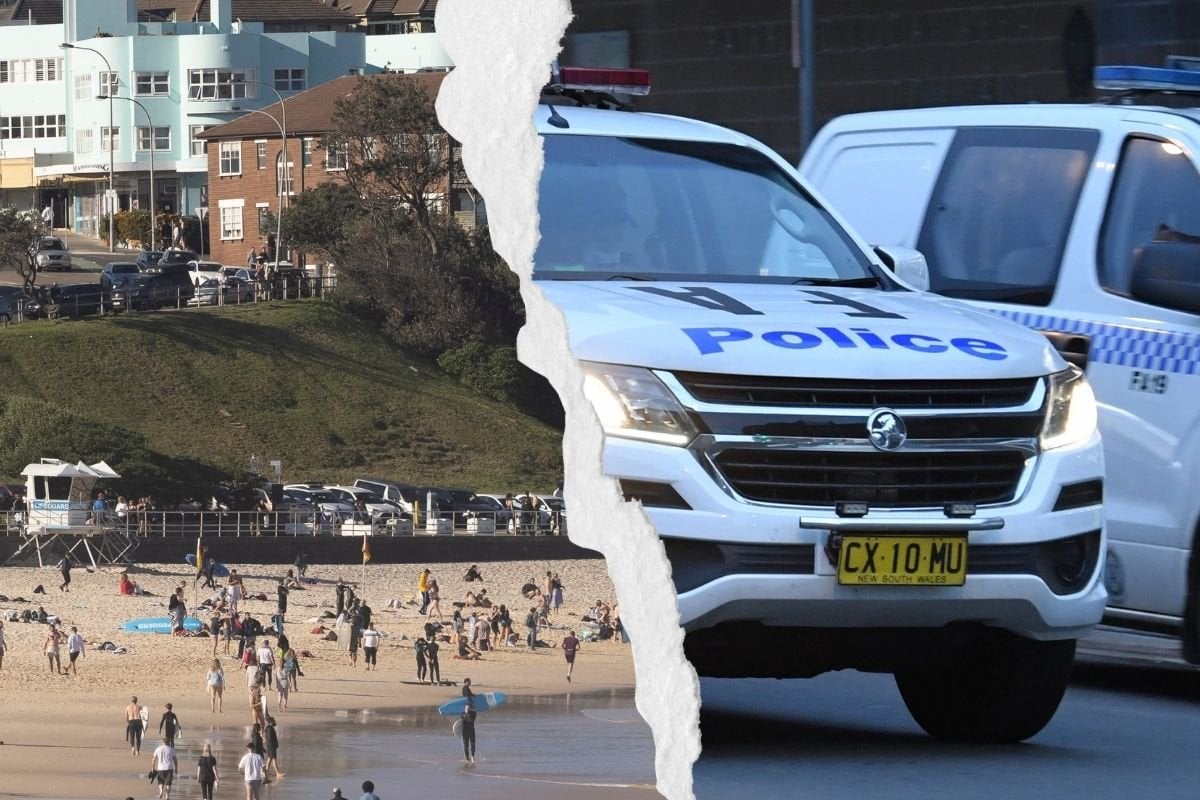 As of 7am on Friday morning, close to 200 extra NSW police officers started patrolling the streets of south-west Sydney.

They're there to ensure COVID compliance; moving people on, making sure they're wearing masks and checking bags to ensure customers are only leaving the house to buy "essential" items.

No such heavy-handed approach was introduced in Bondi, however.

Over the past two weeks COVID-19 has migrated from the east to the west of the city thanks to those in the epicentre, Sydney's Eastern Suburbs, not following the rules of a lockdown enforced to get this cluster of the Delta variant under control.

The city's east was scolded by the Premier and the Chief Medical Officer in daily press conferences and urged to "stay inside" as numbers continued to climb. But the optics of bringing in the cavalry only once the virus moved to the more multicultural and lower socio-economic parts of Sydney hasn't gone unnoticed.

"At the moment there are cases all over Sydney, I really don't understand...it should be the same rule for everybody no matter where people live. This narrative of dividing the city is really poor I've got to say and really shows a misunderstanding of the communities out in Western Sydney. We are not the wild west, we are the working west," Fairfield Mayor Frank Carbone told the Today Show on Friday morning.

On Friday morning the state recorded the highest daily increase since the start of the pandemic. With 44 new infections and 10 people in ICU, Premier Gladys Berejiklian responded by introducing some tighter restrictions; reductions to the amount of people who could exercise together, a 10km travel limit, funeral caps and a ban on carpooling.

They are restrictions that've been introduced for everyone with a 'stay at home order', but on Thursday it was only the west that were being threatened with police presence. It was a noticeable shift in tone from when the outbreak was centred in the more privileged, wealthy areas who were told things like "no browsing at the shops please," and "if you have even mild symptoms stay home from work."

At first I was really frustrated and upset at my Eastern Suburbs neighbours. But when the messaging is so confusing....can we really blame them? #lockdownSydney #BondiCluster https://t.co/C0nnpVUtZ0

While the tougher rules have now been introduced for everyone as cases explode, the east isn't getting any extra cops to enforce them. All fortnight we've heard chatter about 'lockdown lite' and 'Sydney's mockdown,' as the messaging continually came across as soft and lax.

Restauranter Rami Ykmour was arrested in Chester Hill yesterday after police received a tip-off that a number of staff were not wearing masks. The co-founder claimed his staff were eating and put their masks on when they had finished.

His argument that he hadn't done anything wrong resulted in at least eight officers escorting him into a police van.

Would the same have happened in Bondi?

COVID Arrest: A Rashays co-founder has been charged after a tip-off that a number of workers weren't wearing masks.

Rami Ykmour said his staff put their masks back on after eating, but he was led to a police van after allegedly refusing to provide details. #COVID19NSW #Sydney pic.twitter.com/LQ3Voyn2hg

One could argue that perhaps the NSW government has just finally been forced to get serious about a cluster that's turned into 439 infections.

But they've only started to show a no-tolerance approach in one part of Sydney - the part that's made up of linguistically diverse communities and more working-class families.

We know one of the main ways this cluster is spreading is through people visiting other households, and yes sure, Bureau of Statistics data shows us households are bigger in the west. But the other way this virus is spreading is via strangers crossing paths at Myer, Coles, local cafes, hairdressers, nail salons, Bunnings and Kmart, and Fairfield certainly isn't doing that anymore than Bondi and Coogee and Double Bay.

NSW Police Deputy Commissioner Mal Lanyon has denied the west is facing a harsher police response telling Nine, "the fact we've doubled up in southwest Sydney is a reflection of the serious nature of the spread of the virus at the moment...this is the time for the police and the community to come together. This is not about discrimination. This is not about racism."

But try telling that to the communities in western and south-western Sydney. We saw the same accusation emerge in Melbourne when they locked down nine public housing towers in the city's north in a way they just didn't when cases exploded in Brighton.

If only the east was given 150 extra police officers when we first went into lockdown, perhaps we wouldn't be reporting 44 new cases in the first place.

Reply
Upvote
And while we are talking about unfair, why is Shellharbour locked down when they have zero cases and not even anything in their sewage?
H
hellb 6 months ago