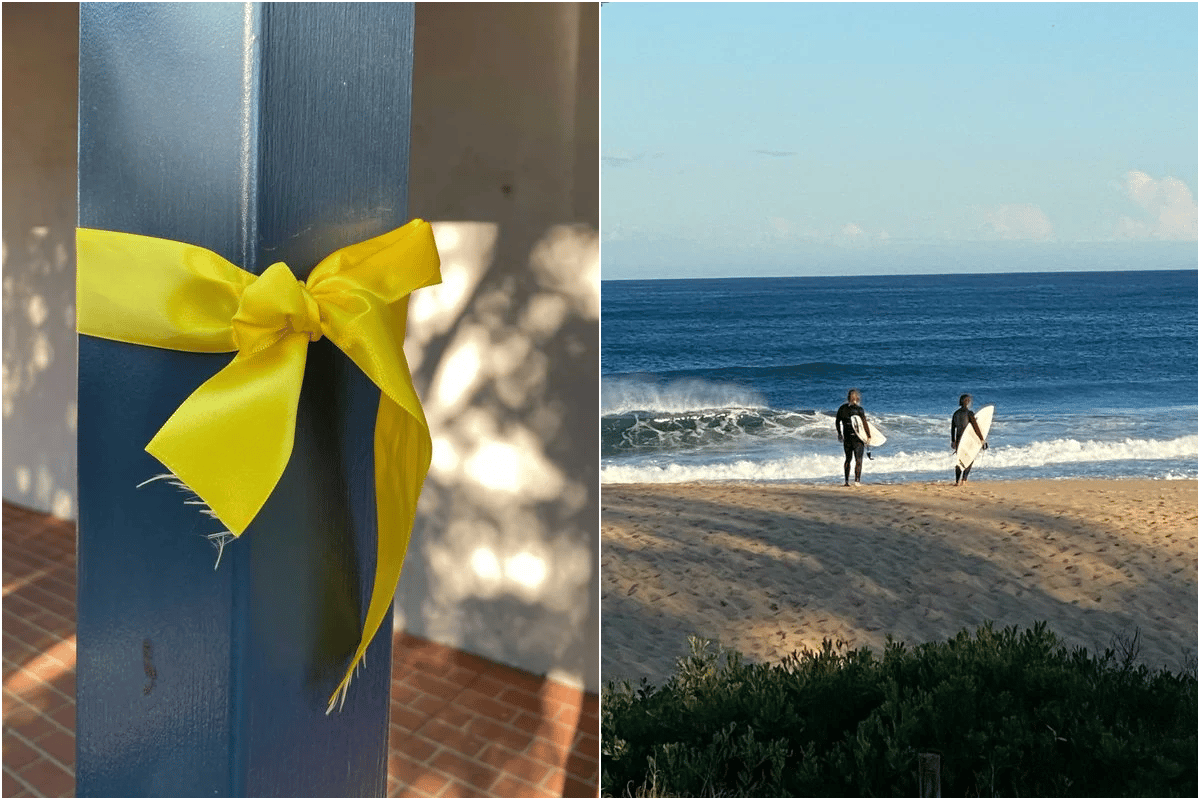 Growing up in suburban middle-class Australia in the 1970s and 80s, my awareness levels of suicide were next to zero.

The topic was largely taboo, spoken about in furtive tones, or simply denied a hearing. It wasn’t an issue I discussed with my parents, my peers, my teachers or any other adult role model.

Suicide was something that occurred in the lives of distant ‘others’, mostly those affected by rare cases of extreme mental ill-health or trauma, and never in my own circle.

Watch: How to talk to someone with anxiety. Post continues below.

It wasn’t until the mid-1990s, when I was in my early twenties, that I found myself touched directly by suicide.

I remember exactly where I was - sitting in the garden with a steaming cup of tea, relishing the incongruous sunlight - when a friend delivered the news.

The physical force of the shock, followed by my disbelief, grief and painful thoughts, still linger to this day. How did I not see it coming? How did we all miss it, including his parents? Why didn’t he tell us how bad things were?

Fast forward to 2020, and I’m now a parent of three tween and teen children who are much more conversant with mental health than I ever was.

Despite this, the rates of suicide - and youth suicide, in particular - continue to escalate, to the point that some observers are labelling it ‘the other epidemic’.

If you’re a parent, you’ll know the statistics.

You’ll have seen the media coverage of recent suicide ‘clusters’. You’ll be aware of the vast quantity of widely-available research which explores the relationship between suicide causation and variables including substance misuse and dependence, intergenerational trauma, family breakdown, financial distress, unemployment, undiagnosed mental illness, socio-cultural dimensions and even COVID-19 - variables which can be difficult to unpick, when it comes to attribution.

You’ll have noted the increased investment being made in the mental health sector, the proliferation of support services, and the recent announcement of a new federally-funded database to combat suicide.

But if you’re anything like me as a parent, awareness and knowledge isn’t actually an issue: it’s what to do with the data that’s of greater concern.

Talking with your teenager about suicide is a challenging conversation to have, especially when some of the key messages you’ve received about doing so are conflicting.

We’ve been told, for example, that teenagers should be made to feel safe to talk about suicide with their parents.

But we’ve also been told that we shouldn’t talk too much about it, for fear of normalising suicide or triggering unexpected reactions in young people.

A recent case in point is how schools responded to the act of livestreamed suicide on TikTok, sending letters to parents around Australia which went something like this: Wait until your child talks to you about it. If they raise it with you, go ahead and talk openly about it - but if they don’t raise it, then don’t bring it up.

I tried to follow this nuanced directive but, as is often the case in parenting, things didn’t go according to plan.

I ended up engaging in three very different conversations and, quite frankly, I floundered.

My eldest was angry, his sister perplexed and my youngest curious - meanwhile, these were high-stakes conversations to be having while cooking dinner.

Despite my own formal training in suicide prevention, I still found myself wondering: What if I get this wrong? If I talk too much about it, am I contributing to the problem? And if I don’t talk enough - then what?

Since then, in an effort to equip myself for such difficult conversations, I’ve reached out to parents who are active in suicide prevention in their own affected communities.

Nick Guggisberg, Manager of Community & Cultural Development at Kiama Municipal Council, has spent many years working with suicide prevention agencies in the Illawarra Shoalhaven area of NSW, including those responding to suicide clusters in Gerringong, Jamberoo and elsewhere.

In the beachside community of Gerringong, yellow ribbons are tied to signposts, fences, letter boxes and adorn local shopfronts. The yellow is a sign of support and solidarity for the community, which has recently experienced an increase in the number of young people dying by suicide. 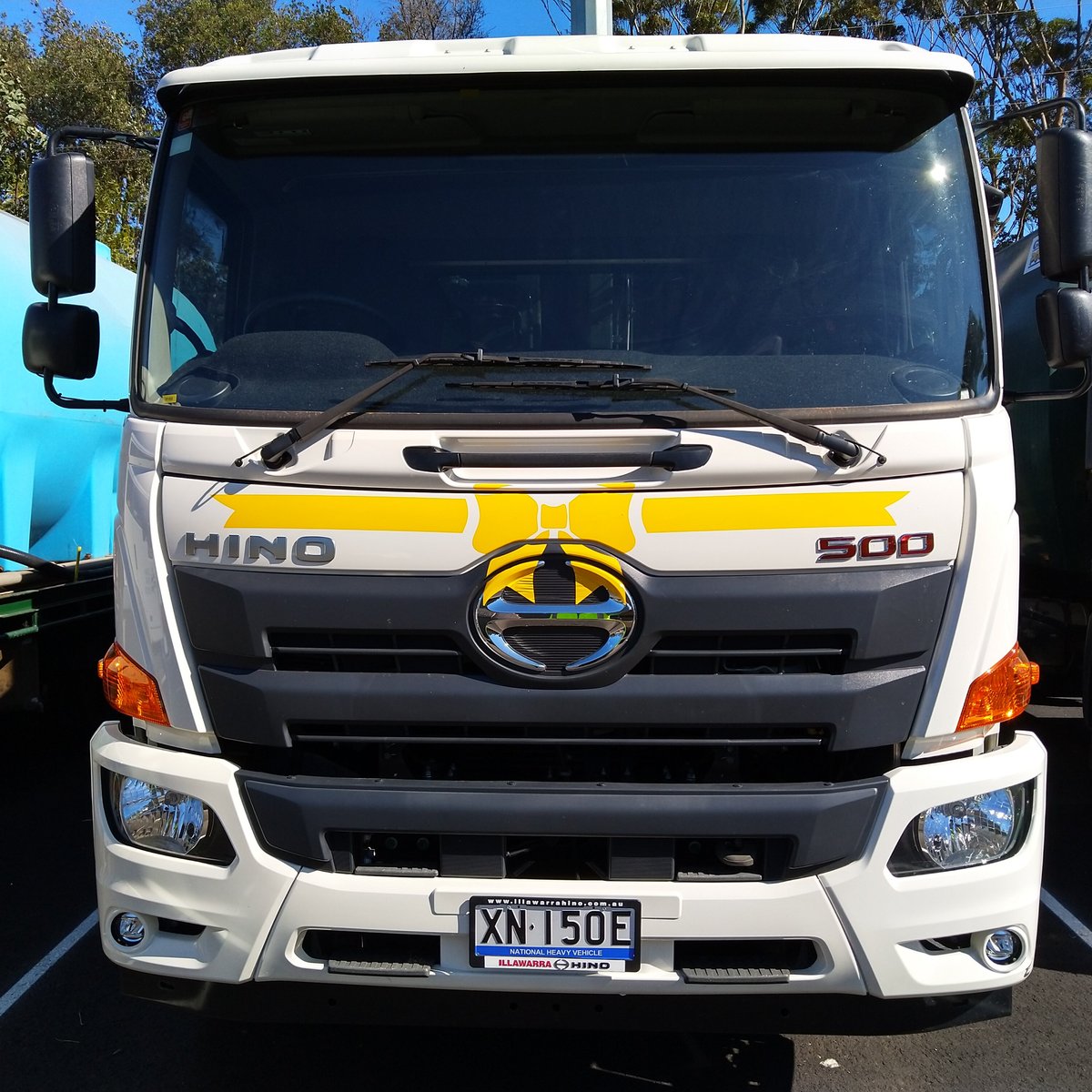 Yellow ribbons are a sign of support in Gerringong, NSW. Image: Supplied. 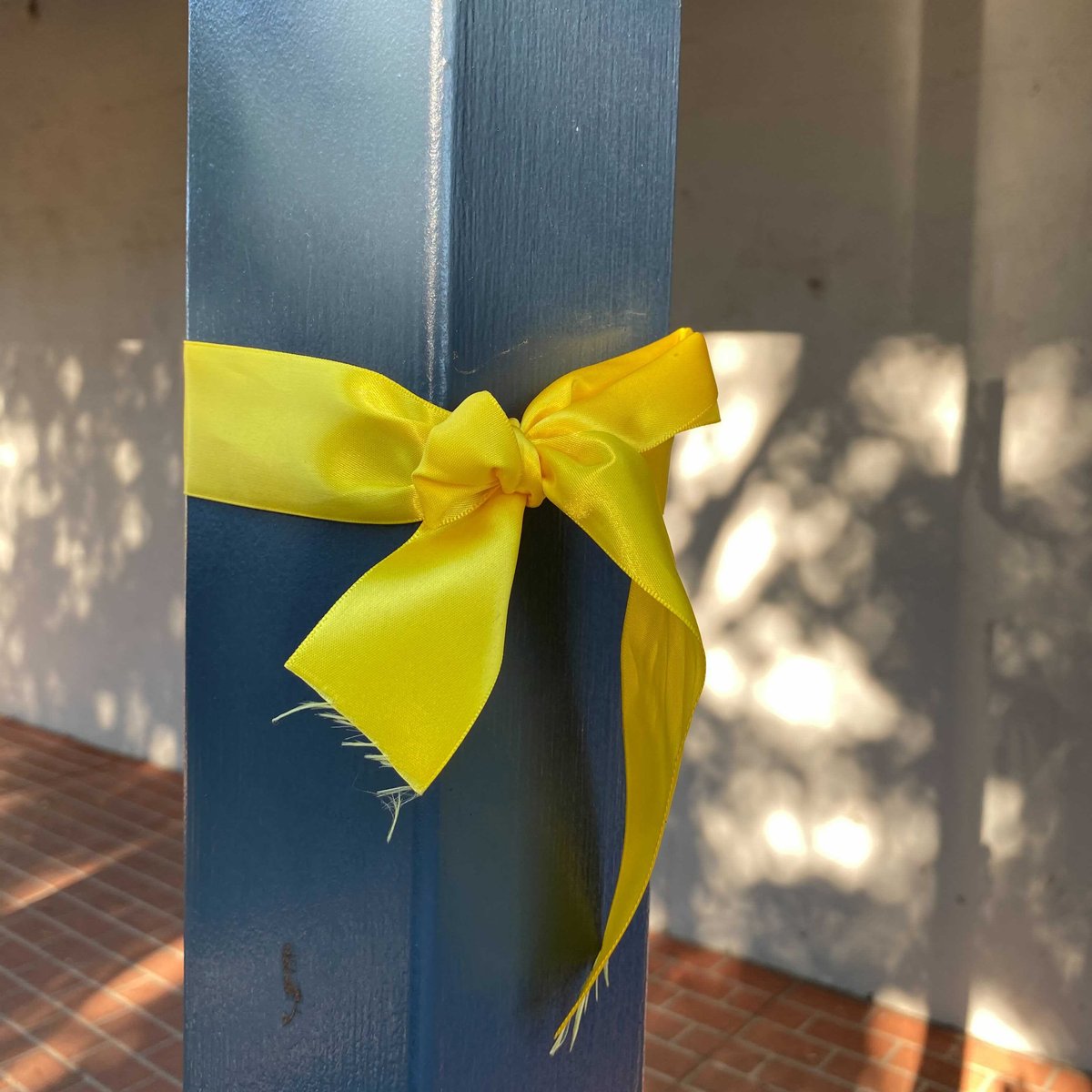 "Suicide is always a complicated picture and there are some significant structural drivers at play," Nick explains.

"Our sense of community is changing, more and more young people are losing connections face to face, and the interactions they have online can be tenuous. There are also some additional pressures that haven’t been experienced as intensely in the past, including pressures from advertising and social media; this can contribute to undermining our sense of self and community connection."

"The way we talk about mental health and suicide as a community can inadvertently exacerbate the problem, as can the way the media reports on it. So if young people go into the Emergency department and don’t receive an empathic and empowering experience there, or if they’re judged or not believed or dismissed as being ‘dramatic’ - all of these things act as systemic contributors, compounding the problem and adding to trauma."

Nick pays tribute to the outpouring of local community response to this year’s increased suicide toll in his region.

"Our community has been deeply engaged not only recently, but for many years now, with mental health strategies for our young people.

Whether it’s a grassroot initiative like 'Gezza Cares' or an area-level inter-agency body like the Illawarra Shoalhaven Suicide Prevention Collaborative, our community has really borne the weight of local suicide heavily and felt galvanised to take action." 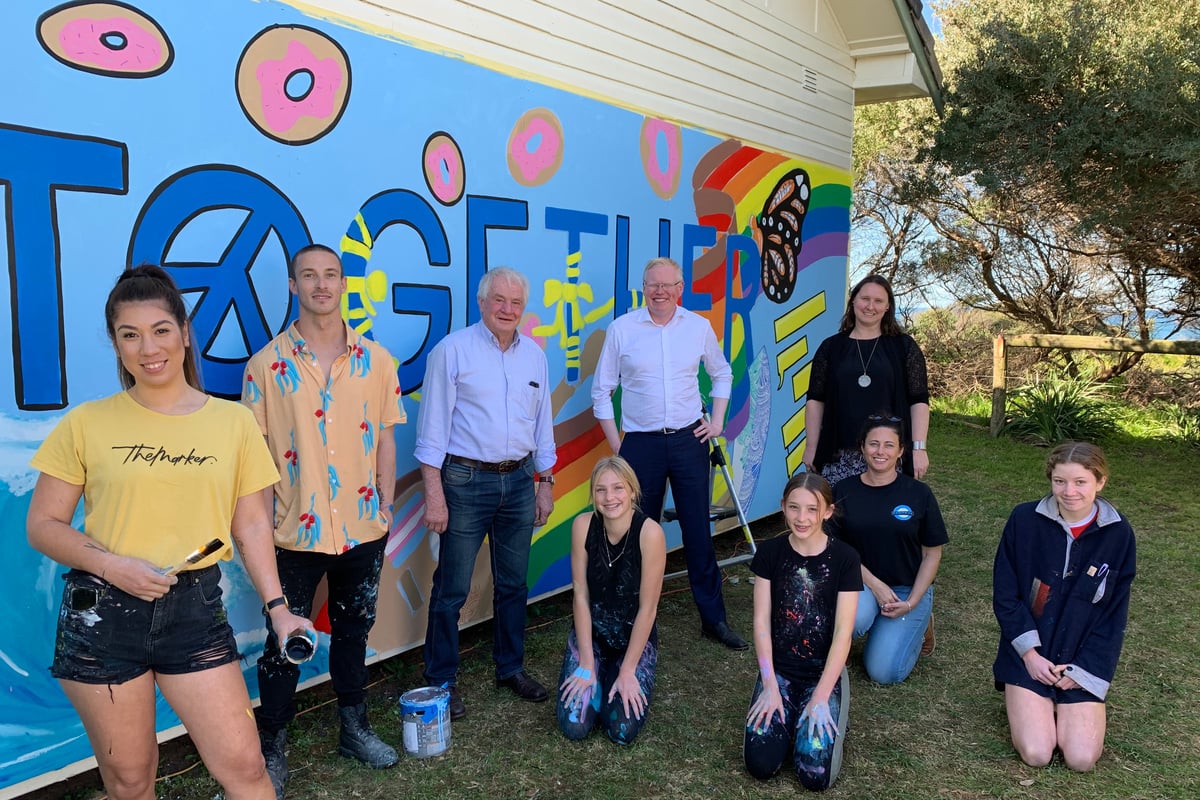 When the Collaborative launched its ‘Chats for Change’ in response to the cluster of incidences earlier this year, it recorded more than 100 interactions with members of the public in the first few hours of operation.

"It really tapped into the community’s appetite to talk. Many of our community and school-based education programs also focus on stigma reduction and help-seeking behaviours.

Of course, it’s quite hard to gauge the impact of any of these sorts of programs. I always say that a suicide prevention program is a bit like having a pool fence: once you’ve got the fence, you can’t collect data on the drownings prevented."

On Sydney’s northern beaches, I talked with founder of brothers4brothers Willie Bishop - a former member of the Australian rugby union sevens team – who believes that creating opportunities for more meaningful face-to-face conversations, between younger people and adult role models, is a powerful tool for connection. 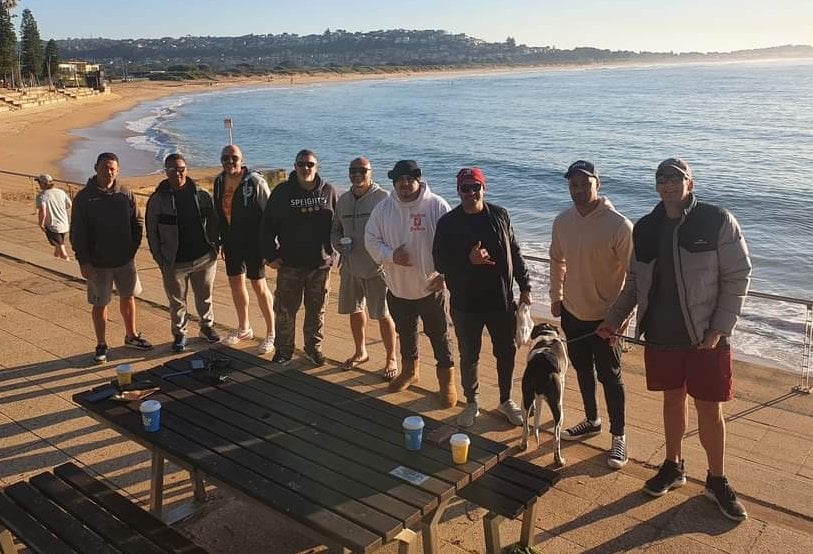 "You notice it when someone’s a bit off when you’ve got that connection, so you can ask them, is there anything you want to talk about?" Willie explains.

"Our support group is all about creating a safe and comfortable space for talking about whatever you’re going through. We focus on boys and men because they usually find it harder to share."

Crucially, the brothers4brothers model involves spending regular face-to-face time in real-time; if suicide is the ultimate act of withdrawal, then connection is an antidote.

Members of the group meet every second Sunday for a beach walk at Sydney's Dee Why beach, get together one-on-one for coffee, converse by Zoom on Wednesday evenings, and keep in daily contact via WhatsApp.

What began as a highly localised initiative is now attracting participants from interstate and overseas.

"It’s not just about sharing pain, we choose a topic every week to focus our sharing: like vulnerability, accountability, toxic masculinity, the difference between sympathy and empathy, self-awareness, breaking bad habits and making new habits, suicide prevention. We focus on tools and strategies for personal growth."

For Willie, his ongoing commitment to brothers4brothers is part of an intensely personal journey.

"I want to reach more young people, to stop them having to learn the hard way. I grew up in an environment where feelings weren’t welcome, they were considered a sign of weakness. My parents used physical discipline, there were addiction issues. As a young person I channelled my emotions into sport, but that only worked for a while. Eventually there was a reckoning."

After struggling for two years with anxiety, depression and suicidal thoughts, Willie made a concerted effort - with formal and informal support - to heal his childhood wounds and repair fractured family relationships. Since 2018, he has focused on being more self-aware and accountable for his actions, particularly in his parenting.

"I’m very conscious now of how I speak to my kids, of how I am as a parent and a husband. I discipline through conversation, not physical force. I don’t smoke or drink. I’ve structured my life so that there’s always someone there for the kids, which means we’re richer in family time than in finances. We have a saying in Polynesian culture, ‘Monkey see, monkey do’. If my kids see me on my phone all the time, what are they going to want to do?"

"Social media isn’t all bad – at brothers4brothers we use it to share love and support and good vibes – but for younger people, I feel like social media has made a massive contribution to depression and anxiety and the build-up of emotions that can lead to rash decisions.

When you’re being bombarded by these unrealistic images of other people’s lives, suicide starts to feel like an option. Just take a look at that new documentary ‘The Social Dilemma’, depression and suicide has definitely increased with social media."

For parents, some suggestions on helping to reduce stigma and encourage help-seeking behaviour in young people include:

Even with greater public awareness and increased availability of services and supports in our community, unfortunately many of us will still be touched by suicide.

Be sensitive to those with lived experience. Reach out and let them know you’re there for them, but avoid adding to their grief with insensitive references to possible causation, or by trying to ‘fix’ their feelings through well-meaning calls to action.

Some things are unfixable, and suicide is one of them. The most we can aim for, as parents and concerned members of the community, is to commit to having the intensely difficult conversations that suicide necessitate – with ourselves, our families, and each other.

Fiona Higgins is a mother of three, a philanthropic adviser, a suicide prevention volunteer and an author of contemporary fiction. Her upcoming novel An Unusual Boy (October 2020) explores the complexities of parenting in an online world. For more, visit her website here.