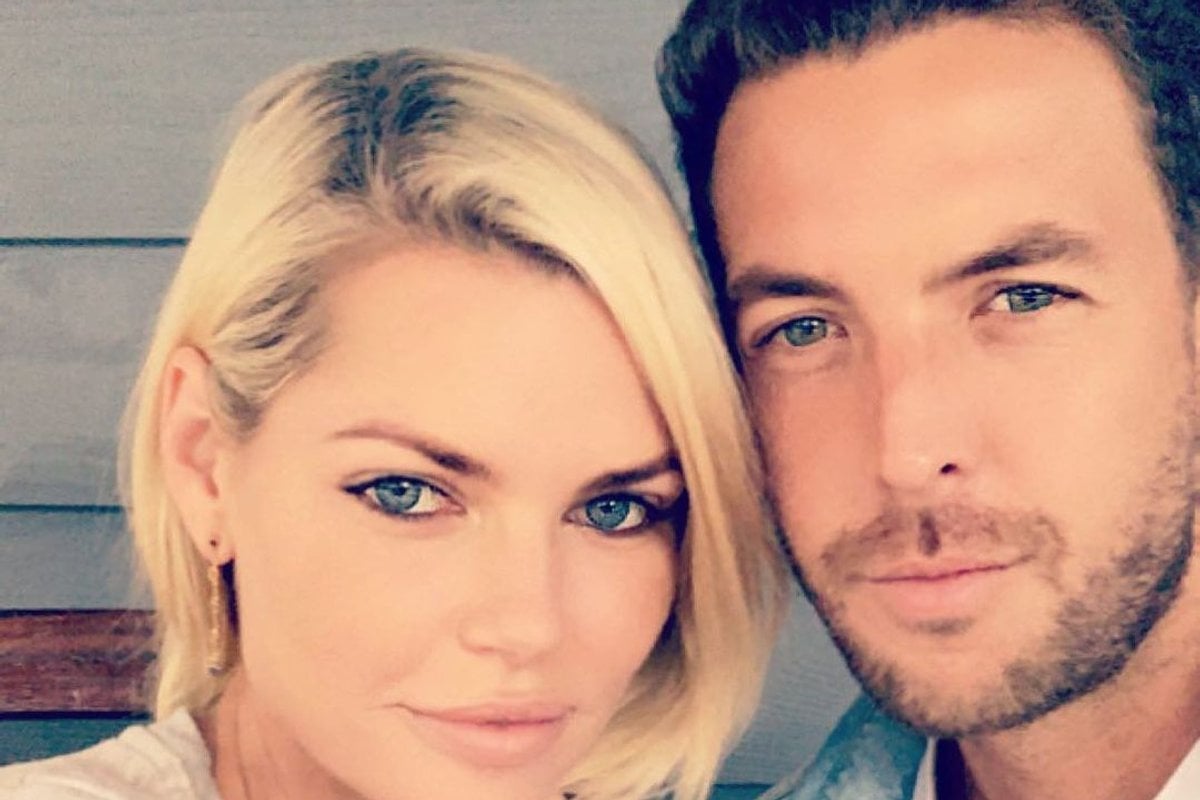 It’s been three years since Australians became invested in the love life of Sophie Monk on her season of The Bachelorette. And although her relationship with the season's winner Stu Laundy didn't go the distance, it seems Monk has now found 'the one'.

On Monday, Woman's Day reported the reality TV star is engaged to her boyfriend-of-two-years, Joshua Gross.

According to the publication, Gross, 42, proposed to Monk, 40, last week with a $25,000 'oval solitaire engagement ring'. The couple are yet to confirm the news.

Side note – Sophie Monk spoke to Mia Freedman about what being rejected in Hollywood is really like. Post continues after video.

Joshua Gross, a neurosurgical robotics consultant, and Monk met on a plane in 2018.

"I had just finished filming Love Island in Mallorca and was on my way to San Francisco for a random TV gig with Channel Nine when I made a last-minute decision to go back to Australia," she explained to Sydney Morning Herald in June. "I sat next to Josh in business class and we started chatting. About two hours into the flight, I asked him if he was single. He responded yes. I then asked if I could kiss him. I was clearly out of practice and a bit of a nerd so I went to brush my teeth and thought, 'Let’s do this.' We had 16 hours to go."

They've been together for two years now, with Monk telling Stellar last year that she knows "this is the one".

“He’s everything I want in a person and more… I don’t think you could invent a better person for me. I’ve gone for something completely opposite to what I’ve ever gone for.

“He’s a man; a grown up. He’s really sweet without being annoying, and he’s calm and makes me feel safe.”

Gross has relocated from America to move into Monk’s Gold Coast home. In August, she told the Courier Mail that she keeps hinting to him that she is ready for a proposal.

"He just keeps laughing. I'm like, 'Can you get the message? I'm doing it publicly'," she said.

"I cannot make more of a hint without buying the ring!"

Now, with rumours of their engagement, it seems Gross has finally taken the hint.

Sophie Monk's time on The Bachelorette.

In 2017, the nation had high hopes for the lovable, self-described bogan from the Gold Coast, who we first met as part of the girl group Bardot on Popstars way back in 2000.

Aussies loved watching the Hollywood actress search for love on national TV. The 40-year-old’s season gave us so many golden moments, from the great 'pissing in the pot plant' debacle to seeing runner-up Jarrod Woodgate struggle to walk through sand after being told he didn’t have Monk’s heart.

But when Monk and her series winner Stu Laundy announced their breakup in January 2018, less than four months after The Bachelorette finale aired, we couldn’t help but feel disappointed after being so invested in her reality TV dating journey.

The Quest for ‘The Quokka Selfie” #quokkaselfie #rottnestisland

Despite no long-lasting relationship coming from the show, Monk told Sydney Morning Herald in June she has “no regrets” about going on the reality TV show.

“I used to be a bit of a walkover and a people pleaser. The pace of The Bachelorette taught me to be more confident and honest with myself. It also led to lots of other work, like hosting Love Island Australia, which has just been picked up by a big network in the UK,” Monk told the publication.

She did say, however, that she felt like she had let the country down by not being able to make things work with Laundy.

“I felt an obligation because everyone was so empathetic to me and wanted a happy ending… Even Rebel Wilson said to me, ‘Please tell me you’re in love.’ Yes, it was disappointing, but I don’t regret doing the show because my intentions were genuine, and if that hadn’t happened with Stu I’d have never met Josh.”

In 2018, Monk told Mamamia’s No Filter podcast she’d always been impulsive in previous relationships, and being patient was something she had to learn.

“I move quickly… I had to learn to sit back a bit and be patient, don’t be so impulsive. If I could tell any woman anything, do not have sex on the first night. Wait as long as you can because sex complicates things,” she shared.

You can listen to Sophie Monk’s interview with No Filter below. Post continues after audio.

The biggest lesson Monk said she’s learnt about love and being single is the importance of not looking for a relationship just to “fill a void”.

“I was always in relationships, but when I became comfortable on my own, that’s when it happened.”

She keeps asking him to ask her to marry him. That does sound a little desperate.