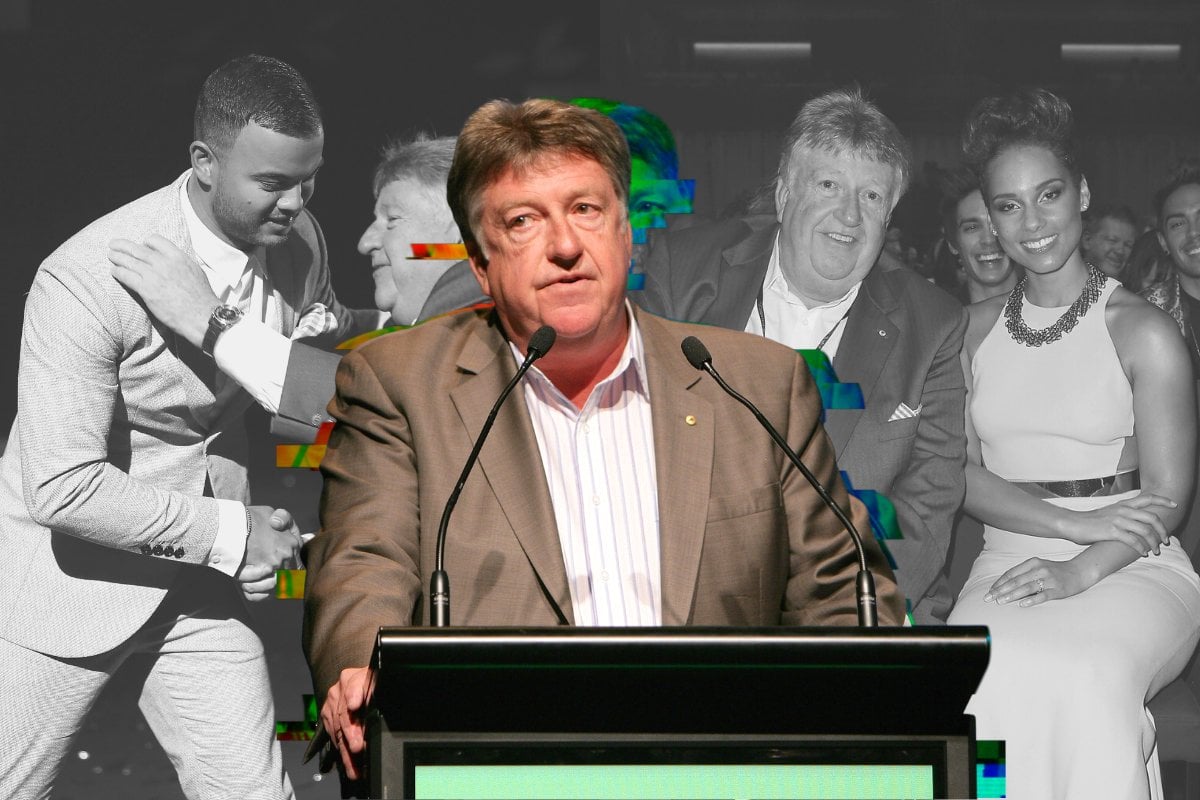 After weeks of pressure, this week the most powerful name in Australian music came toppling down.

Denis Handlin has been removed as head of Sony Music Australia "effective immediately", according to a statement issued on Monday by the chairman of Sony Music Entertainment, Rob Stringer.

Handlin, who began his career at Sony Music more than 50 years ago, was ousted after weeks of allegations against the company of a toxic work environment.

The allegations - which are aimed at the company, not an individual - span 20 years and include sexual harassment at work events, intimidating behaviour, alcohol abuse, racism and the unfair treatment of women in the workplace.

What are the allegations at Sony Music Australia?

An investigation by The Guardian includes allegations spanning 20 years from a number of employees who spoke on the condition of anonymity, out of concerns for their careers or because they signed non-disclosure agreements.

Among them are claims of sexual harassment at work events, sexism, intimidation and alcohol abuse.

"Sony was ruled by fear, like nowhere else I've ever worked," a former promotions manager told the publication.

A former manager said: "They hire young people [who] walk into that culture and think that's normal because it's all they've ever known."

The Guardian said five of the former employees it spoke to said they sought professional mental health treatment due to the level of psychological distress they were under.

Its investigation describes a 'boys club' work environment, and quotes former female employees who did not feel the company's HR department was on their side.

"Most of us just became resigned. There was no way you would take a serious complaint of your own to HR," one woman said.

Another woman recalled telling a colleague about being groped by a senior male colleague twice at different functions.

"She just kind of laughed and was like, 'Yeah he does that to everyone, it's so, so annoying.' I remember thinking at the time, it was kind of comforting that he did it to everyone, because it meant that I wasn't a target. I was just another arse."

Guardian Australia sent a letter outlining the allegations it had heard to the Sony head office in New York on June 14 after investigating them for several months, the publication said.

Other allegations include that on multiple instances, Sony Music Australia made pregnant women and new mothers redundant, only for their roles to be re-named and then filled by someone new, as reported in an investigation by The Sun-Herald and Sunday Age.

None of the allegations are directed at Handlin. They point more broadly at the workplace rather than individuals, and Mamamia is not suggesting he is accused of any wrongdoing.

How has Sony Music Australia reacted?

In April, following a weeks long investigation, executive vice-president of commercial music Tony Glover was sacked after it was found he had bullied and harassed several staff members following an internal investigation.

Glover has denied the allegations.

The Sydney Morning Herald reported Handlin's departure came weeks after Andrew Davis, Sony Music's global head of human resources, began an investigation into the workplace culture at the Australian arm of the business after a staff member in the Sydney office made a complaint. 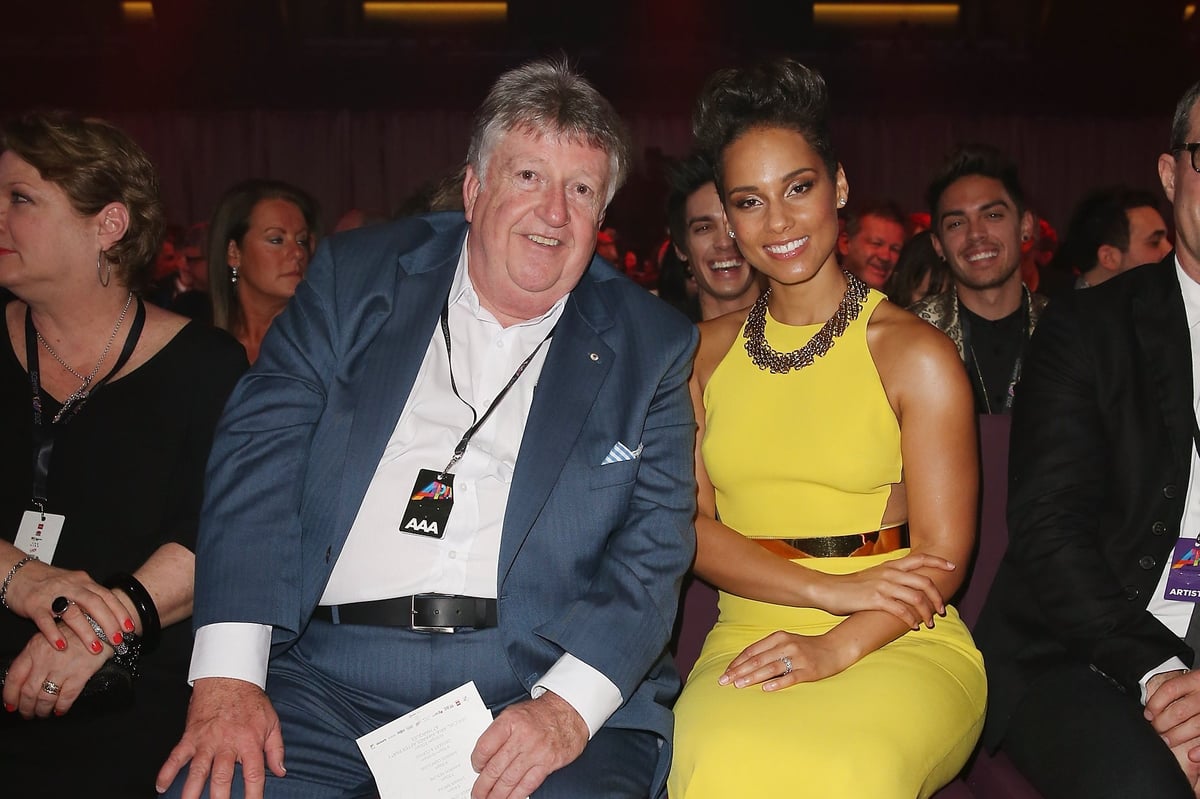 On Sunday, it was revealed the company had engaged an external counsel to conduct the investigation.

In a recent memo sent to staff, Davis said that harassment, bullying or discrimination are not tolerated. He said they were investigating all allegations.

He also urged staff to raise any concerns via an anonymous hotline, The Sun-Herald said.

In May, Handlin celebrated 50 years at Sony Music. Then on Monday, Rob Stringer, the chairman of Sony Music Entertainment, sent a short email to staff announcing Handlin's departure.

Internal memo at Sony Music Australia: “I am writing to let you know that Denis Handlin will be leaving Sony Music Entertainment after more than 50 years with the company, effectively immediately.”

"It is time for a change in leadership and I will be making further announcements in terms of the new direction of our business in Australia and New Zealand in due course," he wrote.

Stringer also thanked Handlin for his "extraordinary contribution" to the company.

Have any Sony artists reacted?

Sony Music represents many of Australia's most recognisable and successful musical acts, including Guy Sebastian, Delta Goodrem and Tones and I.

At this stage, none of the label's big names have made public comments about the allegations.

Natalie Imbruglia, a former Sony artist, had not even heard of Handlin's sacking when asked about it on The Project on Monday night. 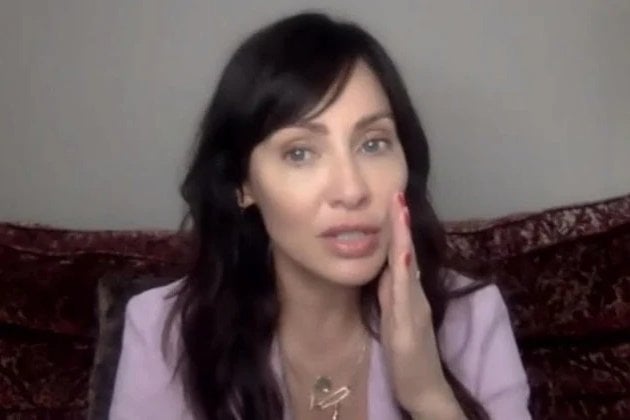 She was on-air to promote her new single, but before signing off was asked for her reaction to the news.

"You are telling me that news for the first time, so I didn't realise that," she said.

"To be honest, I didn’t have any direct contact with him, so… that's a bit of a shock."

The Project co-host Carrie Bickmore then asked: "It has been an interesting time for the music industry in Australia. More and more claims coming out of women being harassed and bullied. Having spent so much time in the industry there's talk this is the 'me too' moment for the music industry. Do you feel like it's a long time coming?"

"Look, I had it in the acting industry," Imbruglia replied.

"I think, you know, when I was coming up through the ranks, the kind of situations we were put in was definitely something that I hope has changed over the years, auditioning in bikinis, things like that."

The music industry's 'Me Too' movement.

This all comes at a time of major scrutiny on the entire Australian music industry.

An Instagram account called Beneath The Glass Ceiling continues to publish anonymised, unverified accounts of inappropriate behaviour within Sony and across the industry.

A post shared by Beneath The Glass Ceiling (@beneaththeglassceiling)

Sydney Morning Herald journalist Nathaniel Cooper has been following this story for months, and told The Project on Monday night he has been contacted by dozens of complainants with allegations which reach all parts of the music industry.

He suggested that there could be many others from across the industry looking at what happened to Handlin and wondering if they too would face consequences.

In May, a temporary working group was formed to tackle sexual assault in the Australian music industry.

The group was formed to "drive wider research and meaningful industry discussions, alongside expert guidance", Jonze said on social media.

A post shared by Beneath The Glass Ceiling (@beneaththeglassceiling)

Jaguar Jonze is one of seven volunteers in a temporary working group formed after a meeting yesterday in Sydney about sexual assault in the Australian music industry.

"It is sad that in my time in the industry, I've come across many predators who still abuse their place of power or profile and manipulate the trust people, especially young female musicians, have given to them," Lynch wrote on Instagram.

"When I was sexually assaulted last year by two producers, I felt alone, ashamed and didn't know what to do, or where to go. I am just writing this today, that if you have been affected by a similar story and need a space space to land in this sometimes terrifying industry – please reach out to me."