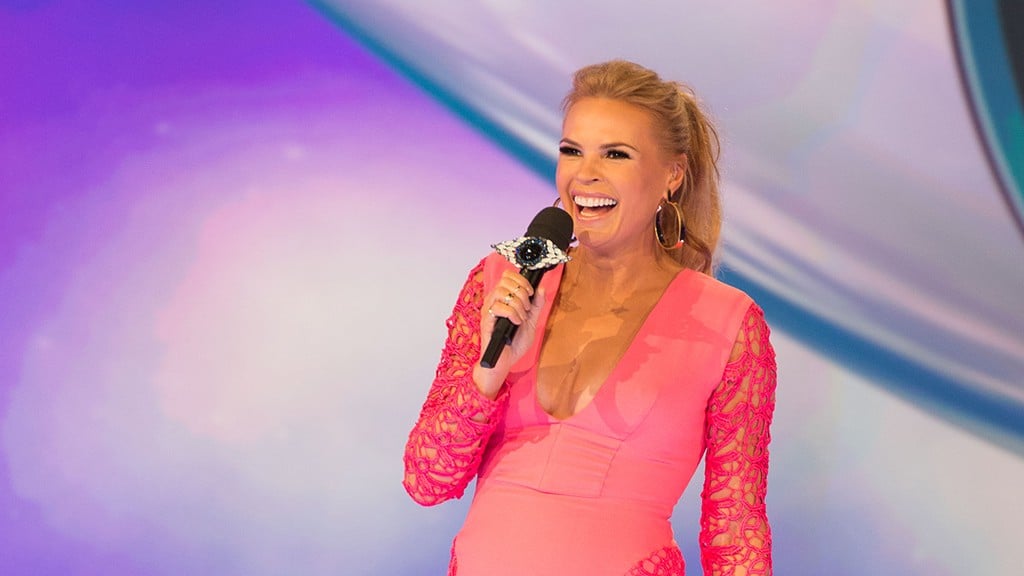 She’s realised her dream to conceive, so why can’t she accept she’s expecting?

Sonia Kruger, 49, revealed her pregnancy in August after years of miscarriages and attempts to conceive. It was the best news she’d ever received, the host of Big Brother said.

Today, Sonia told the Courier Mail, “It’s funny, whenever I see a picture of myself on stage and it’s taken sideways that’s when I go, ‘Gosh, yeah, I’ve definitely grown.'”

She also said, “And now I’m starting to feel quite a bit of movement, that’s really reassuring.”

The Channel Nine host has swapped her heels for flats, saying "with fashion, you kind of have to judge it by the dress and what you're wearing. But I'll get away with flat as often as I can so I might be wearing a lot of maxi's from here on in."

Sonia's new appearance on stage is not the only thing she's struggling to accept is real. After such a trying process, she's still wary that every day counts.

"I was trying to remember where the grey area (for a foetus's survival is), it's a mental hurdle you need to get past so you can relax a little."

Her partner, Craig McPherson, is also helping her to relax a little.

"Craig is fantastic, I know for a fact that I wouldn't be here talking to you today if it wasn't for him; it wasn't until we got together that I really, finally knew that I could have a child with this man and be very, very happy," gushes Sonia.

CLICK THROUGH our gallery of Sonia Kruger's baby bump...

Sonia Kruger, you're not fat, you're pregnant.