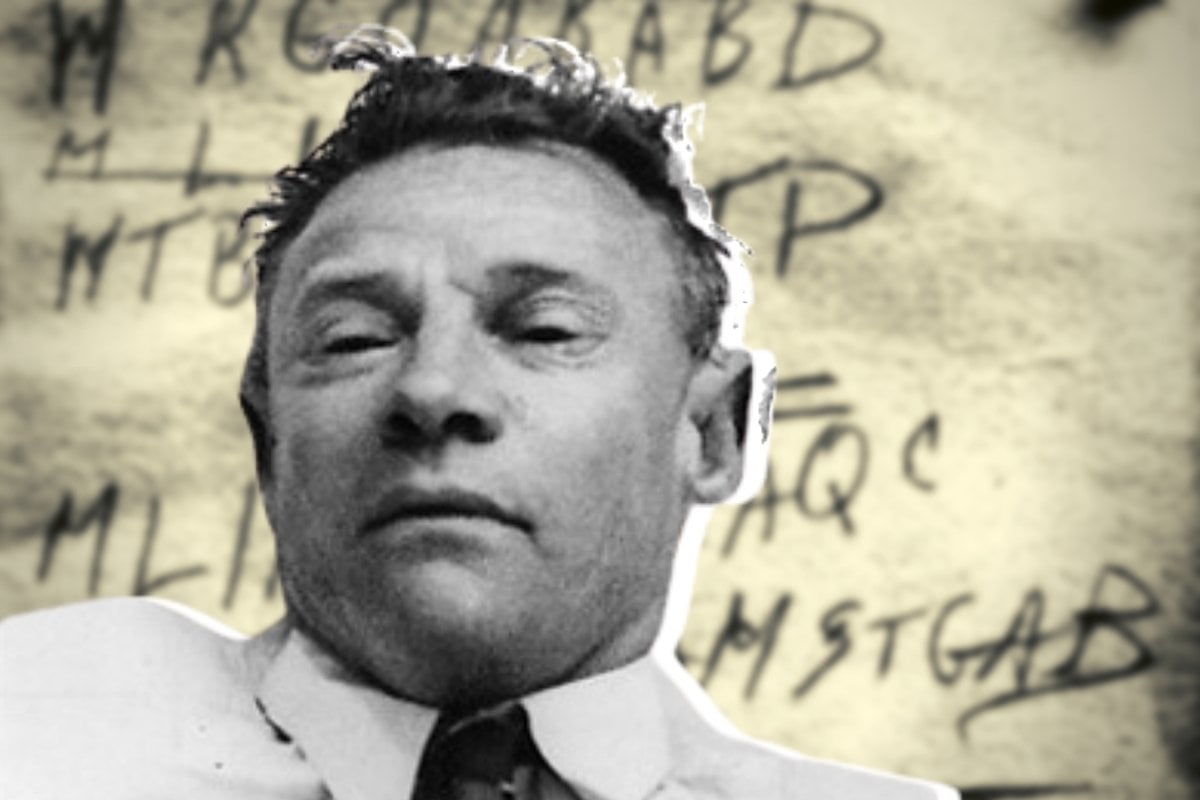 On Thursday morning, around dawn, a small excavator began carving into a patch of earth at Adelaide's West Terrace Cemetery.

Flanked by police and under the eye of a throng of media, the machine carefully removed into the topsoil, digging toward the remains of a person long-buried. A person whose headstone reads simply, "Here lies the unknown man who was found at Somerton Beach, 1st December 1948."

That man is the source of one of Australia's most enduring mysteries.

His body was found on the sand at Somerton Park beach, near Glenelg, at around 6:30am. He was lying face-up, with his ankles crossed and his head resting awkwardly against the seawall. He was middle-aged, and reasonably well dressed in a suit, button-up shirt and leather shoes.

But he carried no wallet, the labels had been removed from all of his clothing, and there were no missing person reports for a man matching his description.

For more than seven decades, the identity of the so-dubbed Somerton Man and the cause of his death has remained unknown (the rumour mill had him pegged as anything from a Russian spy to a member of the criminal underworld, even a forlorn lover). But now, South Australia Police are hopeful they may solve the mystery courtesy of modern DNA technology.

The state's Attorney-General recently granted permission for his remains to be exhumed for forensic analysis. It's hoped a DNA profile, when compared to those in various databases, will uncover relatives of the man and provide a path to trace his identity.

Until now, authorities have only had a small number of clues to draw on, each as baffling as the next. Here are some of the most crucial.

It was the train ticket that later led detectives to Adelaide railway station, where a brown suitcase had been abandoned in the cloakroom on November 30, 1948 — the day before the Somerton Man's body was found.

Notably, among the packed clothes were two singlets with names written inside: T. Keane and T. Kean. No person by that name had been declared missing in any English-speaking country.

Other items in the case were an electrician's screwdriver, a table knife cut down into a small, sharp instrument, and a stencilling brush.

Also in the Somerton Man's clothing was a small piece of paper, tucked inside a small fob pocket, with two printed words: Tamám Shud, a Persian phrase that loosely translates to "it has ended" or "finished".

It appears on the last page of the Rubáiyát of Omar Khayyám, an English translation of poems attributed to an 11th Century Persian mathematician and astronomer.

Listen: True Crime Conversations delves into the case that has rattled detectives for more than 70 years. Post continues after podcast.

Police issued a public appeal for copies of the book that had a piece missing from the final page, and remarkably, a person came forward with exactly that.

The person claimed to have found it in the back seat of their car, which had been parked at Somerton Beach with a window open, around the time of the Somerton Man's death.

Forensic analysis concluded the torn-out piece was a match for the book — a 1941 edition, published in Christchurch, New Zealand.

The identity of the book's finder remains unknown. He spoke to police on the condition of anonymity and there are no official reports featuring his name.

The copy of the Rubáiyát of Omar Khayyám featured another intriguing clue: four lines of hand-written capital letters.

Several experts have analysed the nonsensical jumble over the years in an effort to determine if it is some form of code. If it is, no one has cracked it. 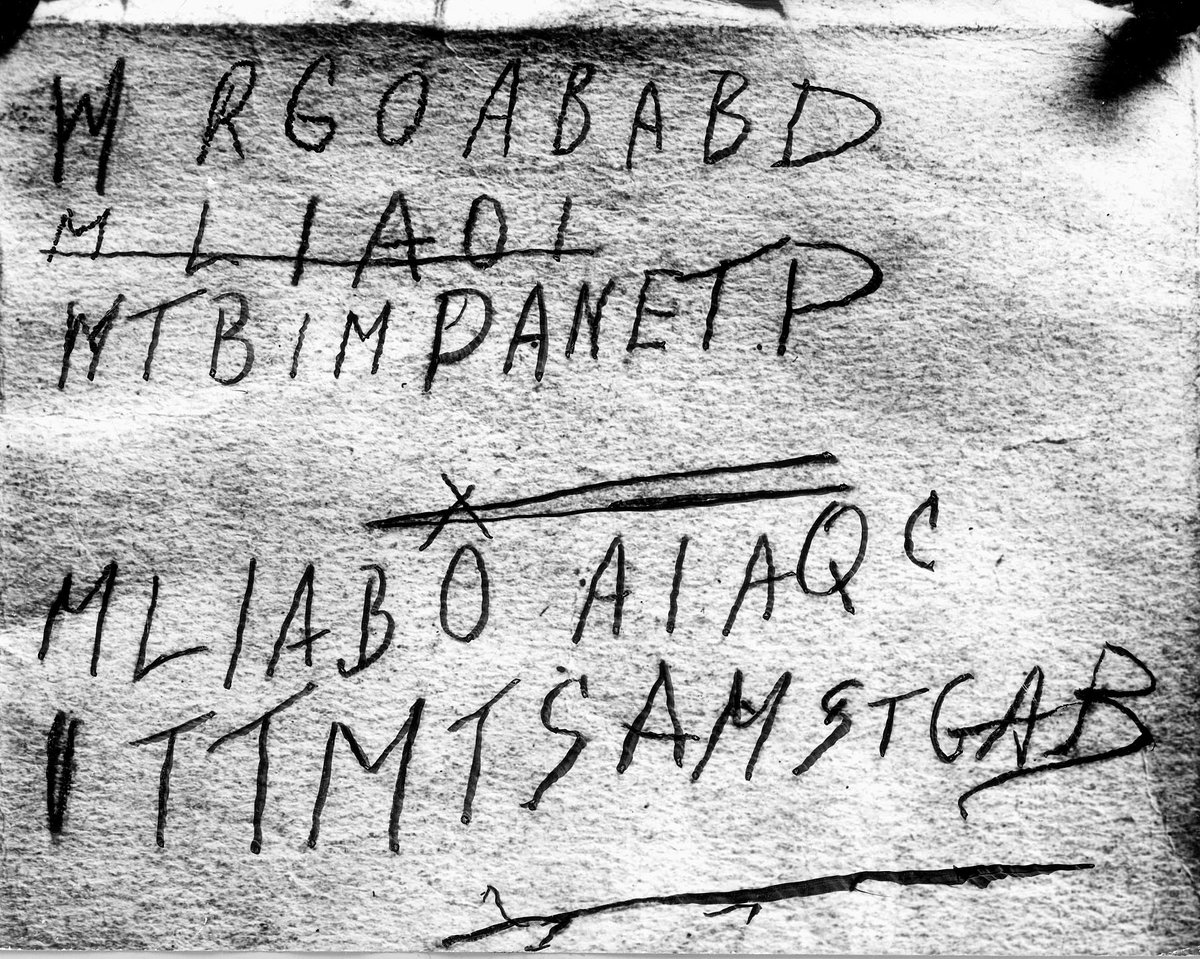 The code found in the unearthed copy of Rubáiyát of Omar Khayyám. Image: South Australia Police.

As well as the code, two phone numbers had been penned in the back of the book. The first led nowhere, but the second belonged to a married nurse and mother named Jessica "Jo" Thomson, who lived just a few hundred metres from where the Somerton Man's body was found.

Jo vehemently denied knowing who the Somerton Man was and couldn't explain how her phone number ended up in the back of the book.

Prior to burying the Somerton Man, police made a plaster cast of his face and body in the hopes he would one day be formally identified. Unconvinced that Jo was telling the truth, they asked that she look at the cast to ensure he wasn't someone she knew.

According to one of the detectives present at the time of the unveiling, when Jo saw the bust she looked stunned to the point that it appeared she was about to faint. Paul Lawson, the man who made the cast was also in the room that day, and he recalled Jo glancing briefly at the bust then looking down. He said she didn't look at the bust again for the remainder of the police interview.