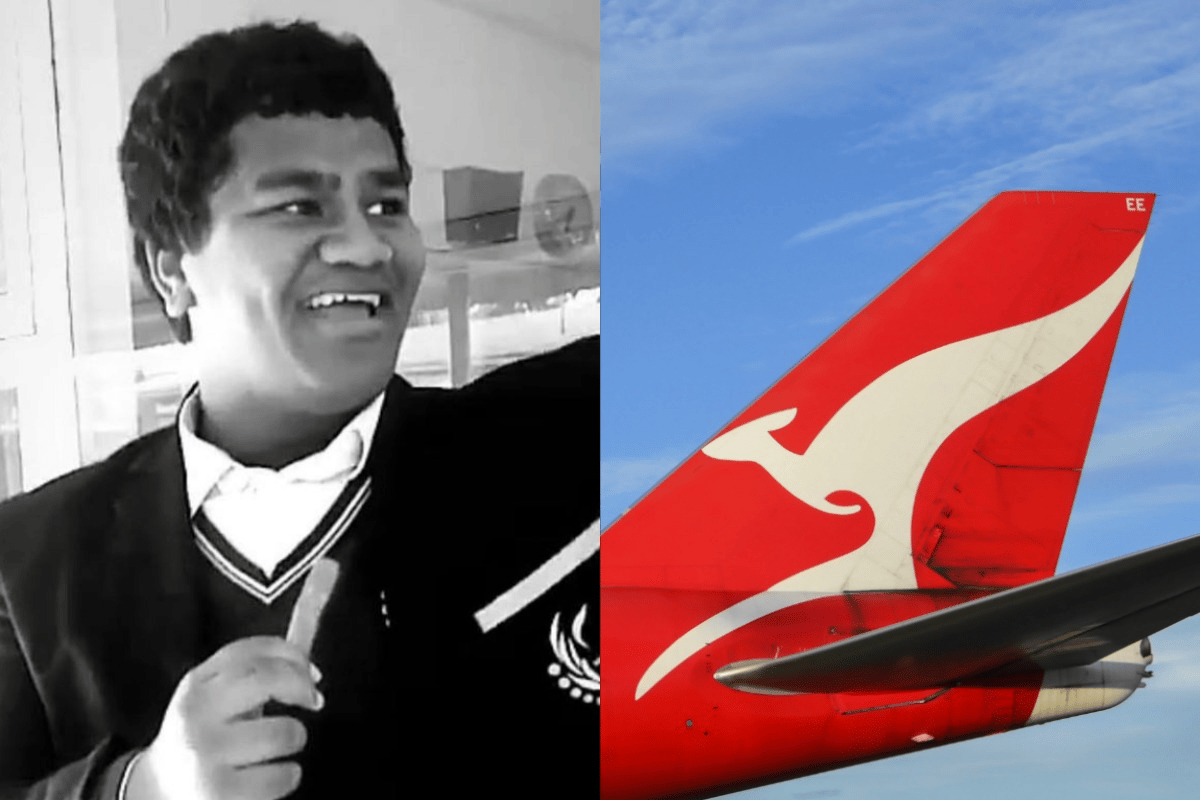 Community grieves 15yo killed in Melbourne.

Mourners have continued to gather overnight at the scene where a 15-year-old boy was stabbed to death in Melbourne's west.

Solomone Taufeulungaki was killed outside Brimbank Shopping Centre in Deer Park on Tuesday afternoon, after he was allegedly approached by a group of eight to 10 youths wielding knives.

On Wednesday, his parents Antunaisa and Salome Taufeulungaki visited the scene of his death opposite the family's place of worship, the Church of Jesus Christ of Latter-day Saints.

"Every Sunday my son come to this church. I believe maybe every Sunday his spirit (will) join with us in this true church," Mr Taufeulungaki told reporters.

As for those behind his son's death, he said: "We don't know them, but we love them. We need to send love to their parents".

Solo’s heartbroken parents have told us “we don’t want justice, we just want peace for our son.” They have forgiven the people who took Solomone from them. “We don’t know them, but we love them.” Six people are in custody. @9NewsMelb pic.twitter.com/iUc4nRpVTs

Mourners continued to gather at the site, which has become a makeshift shrine to the teenager on Wednesday night to sing hymns and leave flowers, balloons and notes.

A GoFundMe page has also been set up to help the family pay for the funeral of the "caring, kind, selfless and humble soul".

Six boys, aged 13 to 16, faced a Children's Court on Wednesday night charged with violent disorder and affray in connection with the incident.

Three were released on bail with strict conditions, including a curfew.

The magistrate indicated a possibility that more people could be charged, and no one has been charged with directly causing his death.

Qantas has cancelled international flights until late October except for services to New Zealand.

Qantas signalled flights could resume if travel between Australia and other countries opened up.

"With Australia's borders set to remain closed for some time, we have cancelled most international flights until late October," a Qantas spokesperson said in a statement to AAP early on Thursday.

"We still have some flights scheduled across the Tasman in the coming months, with the expected travel bubble between Australia and New Zealand.

"Should travel between Australia and other countries open up and demand returns, we can add more flights back into our schedule."

On Wednesday, Minister Birmingham encouraged Australians to holiday domestically, with international travel forbidden for the foreseeable future due to the coronavirus threat.

He said the government might eventually look at short-term overseas travel to countries other than New Zealand that have similar success in suppressing coronavirus.

A Georgia county prosecutor has announced that a fired Atlanta police officer has been charged with felony murder, in the shooting death of Rayshard Brooks in the parking lot of a fast-food restaurant last week.

The death of 27-year-old Brooks - another in a long line of African-Americans killed by police - has further heightened racial concerns in the United States.

Garrett Rolfe, the white officer who shot Brooks on June 12 and was fired the next day after surveillance video showed his actions, faces 11 charges including felony murder and assault with a deadly weapon, Fulton County District Attorney Paul Howard told a news conference in Atlanta.

Rolfe faces the possibility of life in prison or the death penalty if convicted, Howard added.

Devin Brosnan, another white officer who was on the scene, will cooperate with prosecutors and was charged with aggravated assault and violations of his oath of office, Howard added.

Howard said Rolfe kicked Brooks after shooting him, and that Brosnan stood on the wounded man's body, as Brooks was fighting for his life.

Video of the incident, which escalated from a call about a man who appeared intoxicated in his car at the Wendy's restaurant drive-through lane into a fatal shooting, appeared to show Brooks taking one of the officer's taser devices and turning and pointing it at Rolfe before being shot.

The shooting sparked new demonstrations in Georgia's capital, after the sometimes turbulent protests that erupted in Atlanta, and across the US, in response to George Floyd's death on May 25 in Minneapolis.

The Wendy's where Brooks was shot was burnt down after his killing.

Victoria's corruption watchdog has launched an investigation into allegations of branch stacking within the state's Labor party, as it assures devotees it will clean up its act.

The expose revealed now-former Labor heavyweight Adem Somyurek was allegedly involved in "industrial scale" branch stacking, using his own cash and the help of parliamentary staff.

He was also caught in recordings using vile language about colleagues and staff.

Branch stacking involves recruiting or signing up members for a local branch of a political party to influence the outcome of candidate preselections for parliament.

The expose prompted Somyurek's sacking from state cabinet, and he quit the party.

Former premier Steve Bracks and former federal minister Jenny Macklin have been appointed administrators of the Victorian party until January, to reform its structure and ensure its membership is legitimate.

Voting rights for rank and file members are being suspended until 2023, while every member is audited to ensure they genuinely want to be members and have paid to be so themselves.

"I apologise for your pain, and I guarantee you when this reform work is finished, not only will your voice be heard, but it will be louder than it has ever been," Andrews said on Wednesday.

- Russian President Vladimir Putin has installed a special disinfectant tunnel in his home to protect him from coronavirus, despite Putin claiming last month Russia had passed the worst of the virus and urged the easing of lockdown restrictions.

- China has raised its emergency level and cancelled more than 60 per cent of flights to Beijing on Wednesday,  following a new "extremely grave" COVID-19 outbreak in the capital, with fears of a "mutant strain" of the virus is spreading.

- Research into cheap steroid dexamethasone, a generic drug used since the 1960s to reduce inflammation in diseases such as arthritis, found it cut COVID-19 death rates by around a third among the most severely ill patients admitted to hospital. The World Health Organization said it is critical the drug is reserved for use in severely ill and critical patients, where it has been shown to help.

- At least 20 Indian soldiers were killed, and as many of 25 Chinese troops injured or dead, after a clash on the border in the Himalayas, where the two unarmed armies began to fight with sticks, stones and their fists.