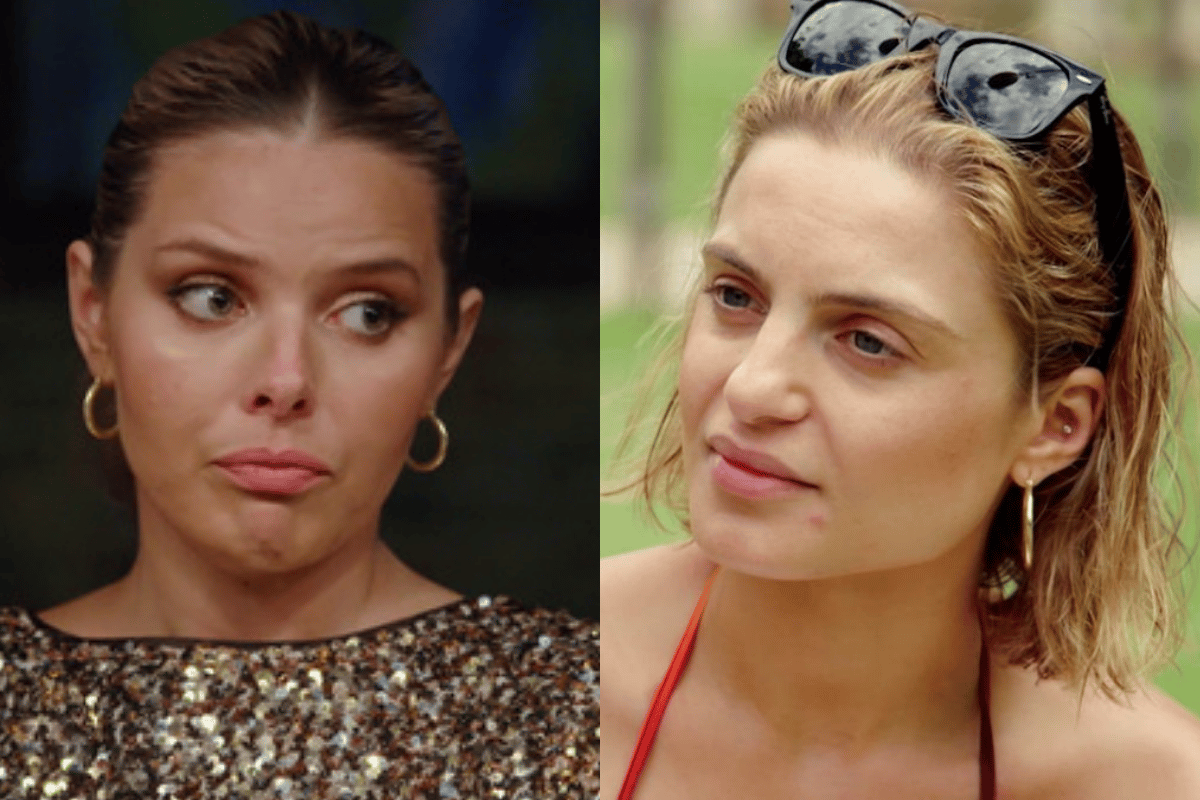 If you or have not been tuning into season nine of Married At First Sight... we don't blame you.

This year has seen some serious drama unfold, and oddly enough we've also watched the season's sweetheart - Olivia - turn into one of the show's most controversial contestants.

Watch the trailer for Married At First Sight Australia. Post continues after video.

Ever since Domenica smashed a wine glass in response Olivia's commentary on her voice... basically everything has blown up with the group.

And it's seen the contestants being cruel, catty and slightly unhinged on the show.

But now that filming has wrapped, and the brides and grooms are watching the series along with us, some of them have changed their stance on the 'glassing' debate.

What Olivia is saying...

While some viewers at home were not all that impressed with Olivia's behaviour, she's backing her actions in MAFS.

After that episode aired, she appeared on Mike E & Emma on RnB FRIDAYS Radio where she explained: " I wouldn’t say I was bullying her at all, I think I’m just calling out BS."

"I would completely block her. I think if there was any direct contact between us I would be absolutely appalled. It would be nothing but inappropriate," she told the radio hosts. 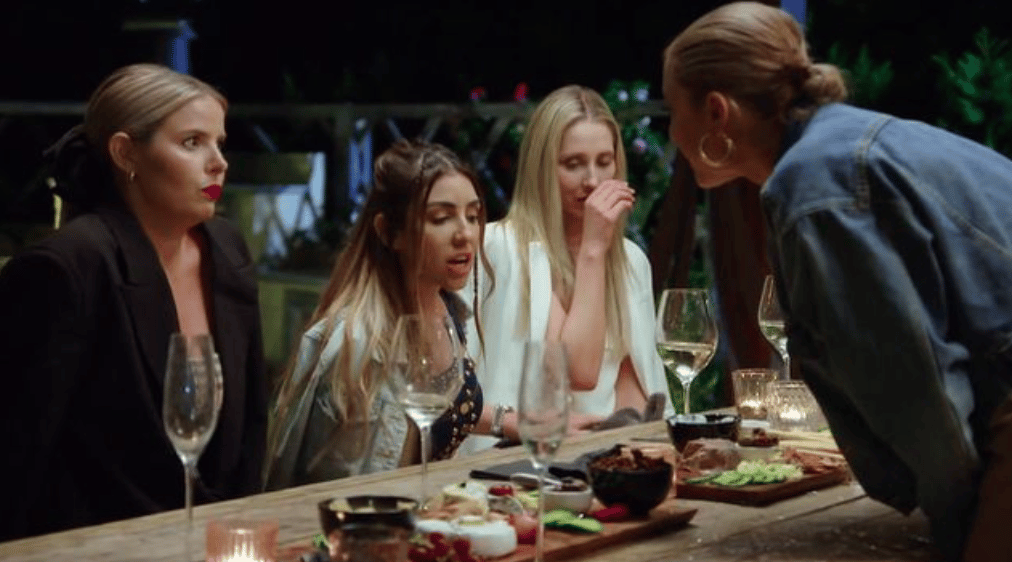 "To be honest she should have been removed from the show, like last night’s glass smash was dangerous. It was absolutely disgusting behaviour."

What Domenica is saying...

The same morning, Domenica told Hit NSW Breakfast with Maz & Lakey that she was regretted her actions.

"That moment overshadowed... the actions and words of Olivia and Carolina in that moment," she said before adding: "I’m not proud of my actions at all, I wish I didn’t do it, but I did and I’m owning it and I know I did wrong."

What Jackson is saying...

All the contestants have been affected by the blow up, including Olivia's own partner Jackson, who had doubts after watching his wife be "mean" and make snide comments about Domenica during her apology to the group.

"It's hard because the apology has been done, and the thing that hurt me a lot was sitting here listening to the snide comments. You did do it a few times," Jackson told Olivia. "I don’t like snide comments... you’re not being picked apart. It just took me aback."

What Domenica is saying (again)...

Then on Tuesday, Domenica told Kyle & Jackie O that the drama unfolding is only just the beginning.

"I think this is just the catalyst for much more to come," she said. “[In Tuesday night's episode] you will see me apologise and like I’ve said to them, it was an act that I’d never… I wish I never did. But [Olivia] just couldn’t drop it.” 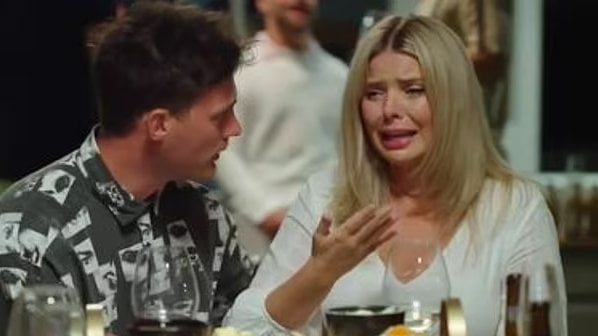 Olivia broke down this week after Jackson called her out for her "snide comments". Image: Nine.

In explaining why she smashed the glass, Domenica said that she had been told her whole life that she is "too loud".

She went on to say she'd always had doubts about Olivia's 'nice girl' persona.

“I just thought okay, like face value — she seems really nice and stuff, but then there would be little comments that I would think ‘oh, okay, this is not really adding up to… the person that she’s trying to portray'," Domenica recalled.

What Ella is saying...

Ella, who is married to Mitch on MAFS, shared similar sentiments.

"The first time I met Olivia at the hen's night I did say, face value she is beautiful, she is lovely, she gives off this really caring nature, but there’s just something else to Olivia," she told Yahoo Lifestyle.

"There were moments throughout the experiment where I realised there is another side to this woman. I thought, I’m unsure how different it is to what we see a lot of the time but it's definitely something else, and it’s only a matter of time until it’s shown.

"And that's what happens with everybody in the experiment. Your mask comes down, the pressure builds up, people get overwhelmed and you're in this controlled environment where it's going to pop off."

Ella has steadily defended Domenica throughout the entire MAFS ordeal, and went on to say Olivia's demeanour during the night of the glass smashing was "truly alarming". 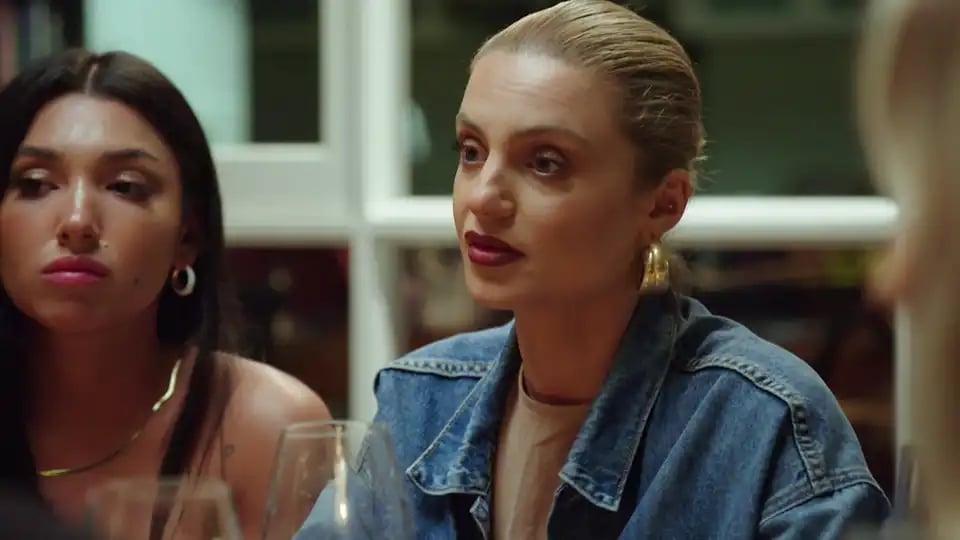 "The cameras didn't actually capture what I was seeing, because I was right next to Domenica so I was basically in her shoes seeing exactly what she was seeing," she recalled.

"And the look on Olivia’s face, it was astonishing to see how different she was. Like, her pupils had dilated, her eyes were black, and I was more just like, 'wow'."

What Brent is saying...

Now, Brent (who is married to Tamara) on MAFS has shared his thoughts on the situation during a guest appearance on the So Dramatic! podcast.

"All right, now I’m going, to be honest," he explained to host Megan Pustetto. "I was very neutral when it happened. We’d [the grooms] just come from having so much fun and then [we were] hearing this drama story and we were all heavily invested in Olivia’s story."

However, he says he changed his tune after a conversation with fellow bride Ella revealed the truth.

"She said, 'well, that’s not what happened. There was no swinging of it [the wine glass]'."

He went on to admit that watching the truth unfold, along with the rest of the world, has been "hard".

"The rest of it from then on, is actually very hard to watch," he explained. "I don’t think that’s ever going to end."

Paparazzi and sightings of Olivia and Jackson seem to prove the pair are still going strong, despite the ongoing drama.

And according to Brent - who remains close with Jackson after the show ceased filming - they are choosing to ignore the backlash.

"Look, they’ve got their own life to live," he explained. "And I don’t think they’re going to let that be a judgement on their relationship. A lot of it was hard to watch, and it’s a shame to see people the way they did. Each to their own, but together they are great."

As for how all of this continues to unfold? We may just have to keep watching to find out...