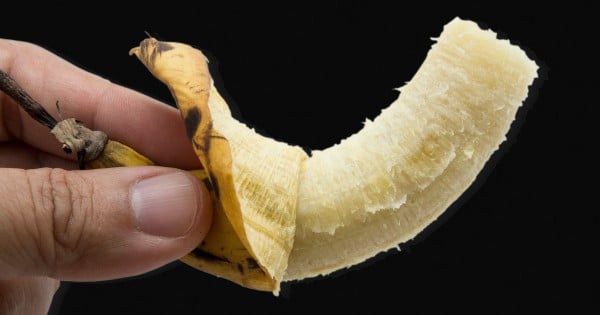 I’ve always evaluated women on their physical appearance, but I feel guilty about it. Maybe if I was the one subjected to the female gaze, a sense of justice would be restored.

“Show us your dick!”

I stood on a stage (twice) and gave a bar full of hooting and hollering women what they came to see: a man with a small penis who was secure enough—or foolish enough—to display it to them and the world.

I was a contestant at ‘The Smallest Penis in Brooklyn’ pageant in 2013 and again last summer. The pageant drew hundreds of (mostly) women to Kings County Saloon in Brooklyn, where the ladies stood in line around the block for an opportunity to…well, that depends on who you ask.

Some of them said they were there to take a stand against body-shaming. They adhered to the pageant organizers’ mission statement that the contest was created to “celebrate” men with little cocks, not to mock them. The other group of females who lined up at the door was less high-minded. “We came to giggle at tiny penises and the men who would actually show them off,” said New Yorker Rachel Khona.

“We came to giggle at tiny penises and the men who would actually show them off." Image via iStock.

Apparently, women were there to either support men who are typically ridiculed by society, or to add to that ridicule. But why, you might reasonably ask, was I there? Why on Earth would I stand on a stage, bottomless, and allow judges to measure my penis with rulers while patrons with cell phones and media with cameras documented my debasement?

I was there for several reasons, some more admirable than others:

First—and I mention this because you want to know, whether you admit it or not—I do have a small pecker. Just under two inches, flaccid. Think of a Vienna sausage and two marbles, and you’ve got an accurate image. If you doubt that, you can Google “Rip van Dinkle” (my pageant name) for the photographic evidence. (Now that you know, do me a favor and don’t share this information with my female co-workers, past or present. Life is difficult enough without colleagues who smirk and have knowing looks in their eyes.)

Second, the whole idea struck me as hilarious. When I first read about the pageant, I laughed out loud, and that’s something I rarely do.

Third, I was curious. Would the pageant really be a “celebration” of men with wee willies, as the event organizers maintained, or just an excuse for some good old-fashioned public shaming? (Both, as it turned out.)

"Would the pageant really be a 'celebration' of men with wee willies?" Image via iStock.

Finally, it somehow seemed like a strange kind of therapy, a form of “turnabout is fair play.” I’ve always evaluated women on their physical appearance: Is she fat? Flat-chested? Does she have a shapely ass? I did this kind of judging—still do this kind of judging—but I feel guilty about it. Maybe if I was the one subjected to the female gaze, a sense of justice would be restored.

I was under no illusions that a bar full of women might swoon over me, ala Brad Pitt. I am fully aware of my beer gut, tiny package, and “where are they?” balls. But how would 100 inebriated women in Kings County Saloon react when I dropped my trousers?

In a variety of ways, it turns out.

If you’re a male with a small penis, you hope no one notices. In school in the locker-room, you turn your back to the other boys. In bed with women, you wait until you’re aroused before you drop your shorts. You do this because you are painfully aware that being cursed with a mini-manhood can subject you to attacks. The boys in the locker-room might make your life miserable. When I was getting divorced, my then-wife slept with an old boyfriend and told me that he left her more, ahem, “fulfilled.”

And yes, with my (not quite) two-inch tool, I have actually heard the words, “Is it in yet?” Although, at least in my case, a more accurate question would be, “Is it still in, or did it pop out?” Or, at my age, “Do you think you can you get it up?”

"I have actually heard the words 'Is it in yet?'" Image via iStock.

I should also mention that, to participate in something like a small penis pageant, you must be something of an exhibitionist. I blame this affliction on my childhood, when a persuasive neighbour girl talked me into showing my penis to all of the other neighbor girls, who would gather round and poke my genitals with sticks—not so different from being poked and prodded by female judges with retractable rulers on a stage at the pageant. The little girls bribed me with candy; in Brooklyn, the prize was $100. The candy was a better deal.

Participating in the pageant was a ceding of power to women, not unlike a dog who rolls over to expose its belly in submission. “OK, here is my sex organ for your evaluation. Now that you have this knowledge, you can accept me or reject me as a sex partner.”

Modesty was on holiday backstage at the penis pageant. Pageant creator/manager/judge Aimee Arciuolo had invited the press, primarily women with cameras and notepads. One lanky photographer asked me if she could take my picture as I sat sipping a Coke. When I assented, she thrust her camera between my legs and snapped a shot of my crotch. A male reporter for Gawker interviewed me and, days later, when I surfed the Internet, I discovered that he had surreptitiously captured close-ups of my groin during our chat.

As I stood in the middle of the room, anxiously awaiting the start of the pageant, Aimee asked if she might adjust my costume, which was a sheer, chiffon-like loincloth that left nothing to the imagination. She knelt down before me and tugged and pulled on the cloth, ascertaining that the material was suitably transparent. Truly a strange sensation to have an attractive young woman on her knees below you, examining your man parts in such an intense, clinical manner.

And then the big event. Amid the aforementioned cries of “show us your dick!” we were paraded first to the top of a bar. As we stood on the bar, Aimee and fellow judge Cyndi Freeman whipped out their rulers. I felt something nudging my penis, looked down, and beheld a beaming Aimee as she measured my manhood for the crowd’s entertainment. Cameras—both media and cell phones—captured this ignominious moment for posterity. And for the Internet.

The weirdest things we've heard between the sheets. Post continues below.

Was it undignified, debasing, emasculating? Yes, yes, and yes…but only after the fact. At the time, the drunken sorority party atmosphere was intoxicating. And I must admit, attention from the female gaze is always welcome—even in such bizarre circumstances.

The real test came a day later, after I’d flown home to Plymouth, Minnesota, and sat comfortably in front of my computer.

The Internet trolls were having their say.

And so were dozens of media outlets, including Gawker, Gothamist, The Village Voice, The Grouchy Editor, Rolling Stone, and Jezebel. Miley Cyrus, Seth Meyers, Jay Leno, Kendra Wilkinson, and other celebrities had a laugh at our shortcomings.

I look at it this way: If having a laugh at my inferior twig-and-berries makes you feel better about you, then you’re welcome.

This post originally appeared on Role Reboot and was republished here with full permission.

John Haakenson writes and edits from his living room in Plymouth, Minnesota. He studiously avoids penis-enlargement ads and movies in which Jamie Foxx appears nude. He also contributes to The Grouchy Editor. You can find him on Twitter at @RipvanDinkle1.