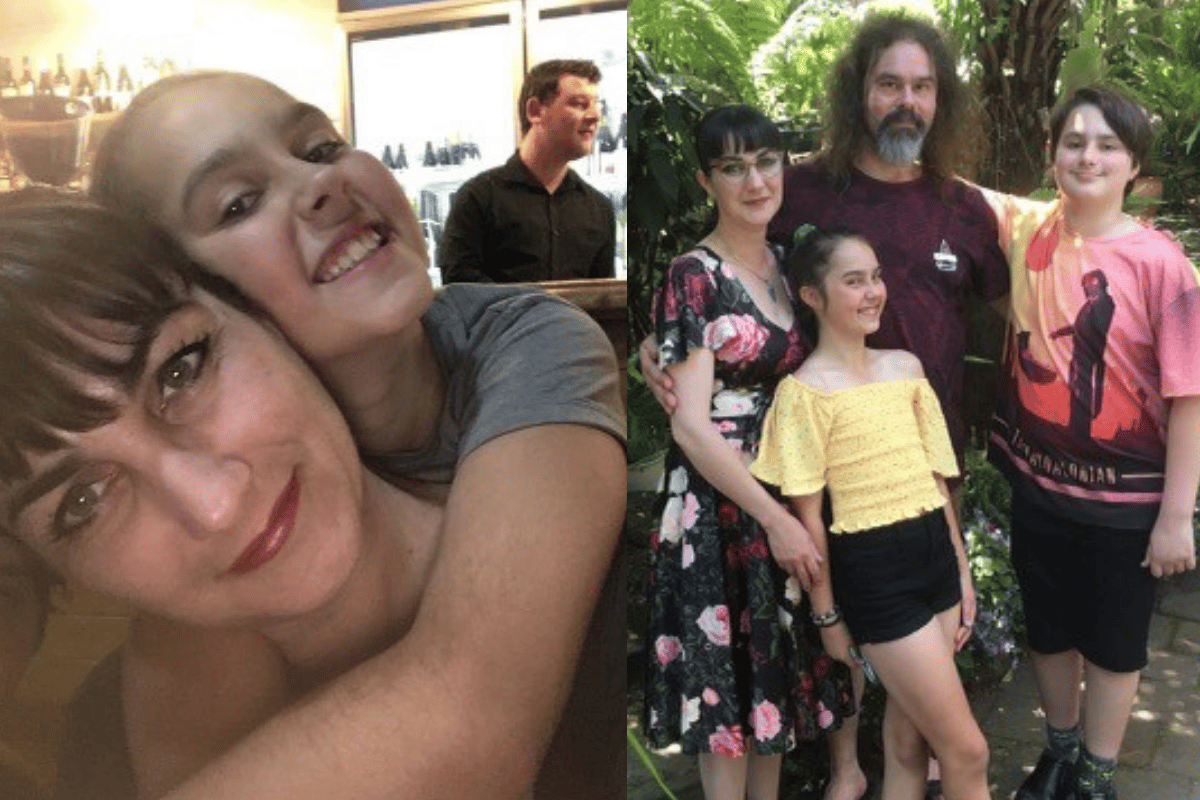 Jasmine Andrews has an unusual habit.

The 44-year-old mum of two gets out of bed during the night, gathers her bounty of snacks from the kitchen and eats them in the bathroom before returning to bed. All while she's still asleep.

It's all part of a disorder called parasomnia which causes abnormal behaviour while sleeping. For Jasmine, it's sleep eating.

"I eat in my sleep. It's like sleep walking but I just go straight to the fridge or pantry, get myself a little snack," she told Mamamia.

"I usually eat it in the bathroom, which is probably not what I would do if I was awake," she said laughing. "And then I find evidence in the morning."

Jasmine has been sleep eating most nights for the last 20 years. But, since she's been interviewed by SBS Insight as a part of their upcoming episode 'While You Were Sleeping', it's been happening less often.

Watch: A clip from 'While You Were Sleeping' on SBS Insight where the studio audience talk about their experience with parasomnia. Post continues below.

And it’s not just chocolate, she's also eaten sweets, muesli bars, cheese and a carrot cake while she's been asleep.

"I used to work at bakeries and I used to bring home a carrot cake for the kids for their school lunchboxes. And I would get up in the morning and there would just be crumbs all over the bench. So I didn't use a knife to cut it up. I just ripped things off."

"I'm not civilised whatsoever. It's just like some wild animal prowling around at night eating all the food," she said laughing.

"I just shovel the food into my face and then go back to bed."

While she's aware of what she's eating and can taste the food, she simply can't stop herself. Even if she goes to bed feeling full.

"There's been times when my daughter has come out and she's seen me scoffing her chocolate and said, 'Mum, what are you doing?' And I don't respond whatsoever. I've got no control over it... I just ignored her."

For Jasmine, parasomnia is something she's used to. In fact, she was sleep walking and sleep talking when she was a kid.

And it seems to run in her family, with Jasmine having memories of her mum sleep eating and her brother sleep walking growing up.

"I remember as a teenager I would be up late at night. And [my mum] would just wander out into the kitchen and not respond to me, just eat."

It wasn't until early her late twenties when she found herself sleep eating, as if out of the blue.

While she doesn't know what exactly spurred it on, she did experience some trauma in her twenties which she could be related.

"I experienced a fairly traumatic event in my early twenties... I lost a partner unexpectedly. I don't know if that triggered it or not."

However, Jasmine thinks it's possibly hereditary.

At this stage her 12-year-old daughter doesn't sleep eat but she and her 14-year-old brother do have to hide the chocolate from their mum around the house.

"[For Easter] or Christmas the when the kids get boxes of chocolate they hide them and don't tell me where they've hidden them otherwise they won't have them anymore."

But despite having to hide their goodies, her kids and husband get a laugh out of it.

"The kids used to get a bit angry with me because they thought that I was stealing their chocolate but now that they know that I have no control over it, they just think it's hilarious." 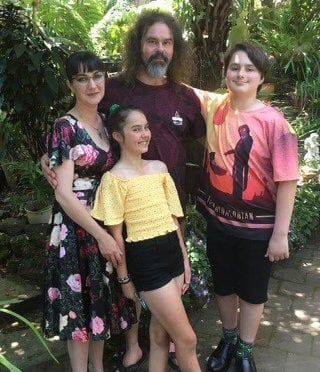 Jasmine and her family. Image: Supplied.

Aside from chocolate, she's also found herself eating things that aren't so tasty... or edible.

"One day we'd been to the pet shop and we bought some bird seed treats for our bird and it said on the label 'bird seed lollipop'."

"And I remember thinking when in my sleep 'Oh, that's right there's a lollipop'. So I unwrapped this bird seed lollipop and took a big bite out of it... In the morning I woke up and saw the bird seed sitting there with a big bite mark out of it."

"I just remember the texture being very gritty. It was the worst lollipop I've ever had."

However, as a vegetarian, one thing she knows not to eat is meat.

"I guess I just know that's not food for me."

There have been times she's also run into trouble, having come down with food poisoning three times.

"There's only been one time where I had baby mozzarella balls and I scoffed a bunch of them and I didn't realise they had actually gone bad. Not long after I woke up in the most immense pain."

Since then, she's been careful to not keep food past its expiry and has subconsciously stopped herself from going to the fridge since then.

But despite the rare occasions of food poisoning, sleep eating isn't something that she's particularly worried about.

"It doesn't bother me. I didn't even realise it was an actual sleep disorder until [SBS Insight] came up. I mean, if it caused problems I'd go and get some help for it."

"It's just one of those quirks."

You can hear more from Jasmine and others on While You Were Sleeping on SBS Insight, Tuesday, April 13 at 8.30pm.