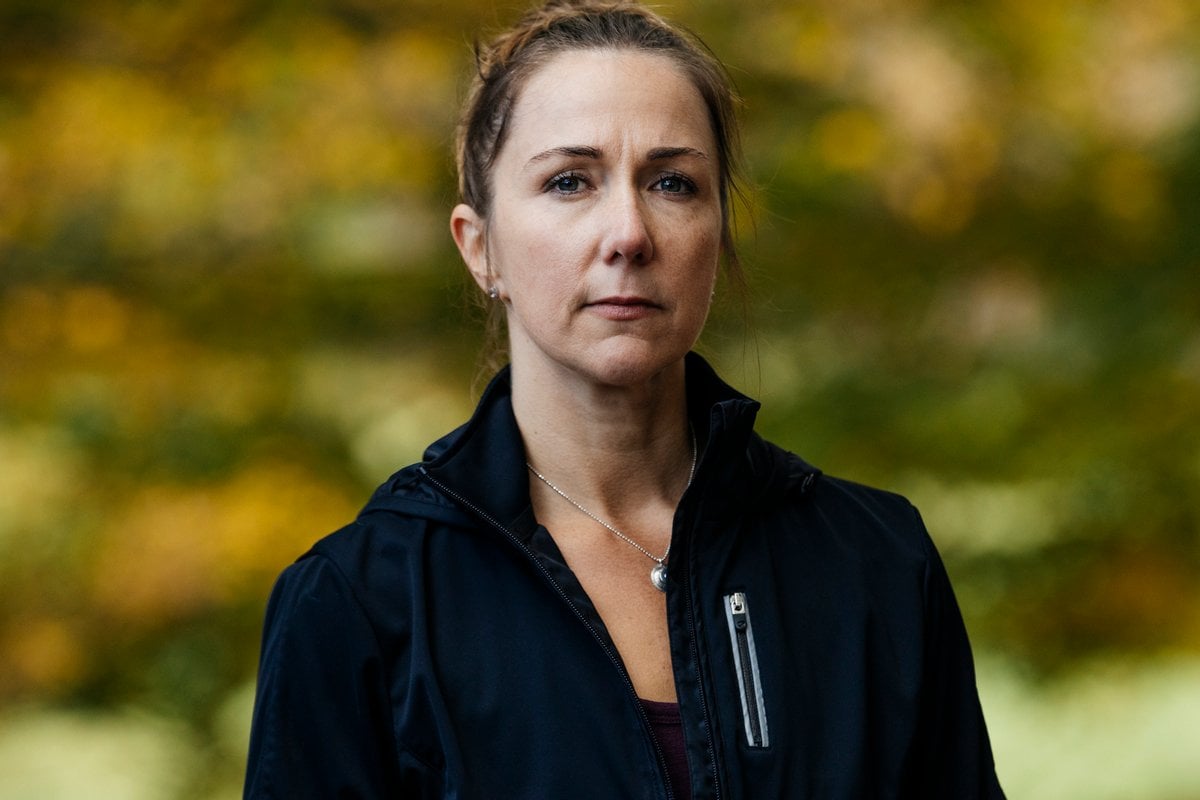 The featured image is a stock photo. The author has chosen to remain anonymous, but is known to Mamamia.

Like Chris Rock, I’ve been slapped in the face while doing my job.

While watching the live feed of The Academy Awards, I was busy scrolling on my phone for photos from the red carpet when I heard Chris Rock making another joke.

Listen to Mamamia's daily entertainment podcast, The Spill, where hosts Laura Brodnik and Kee Reece discuss the fallout from the Oscars. Post continues below.

Rock was picking on Jada Pinkett Smith’s bald head, suggesting she had shaved it for a GI Jane sequel. The joke wasn’t particularly hilarious, and I dismissed it; just another female celebrity having their appearance used for a cheap laugh. It’s unfortunately standard and almost white noise to me at this point.

The next thing I noticed was an unusual silence. I looked up from my phone in time to see Will Smith slap Chris Rock round the face and storm off the stage.

The audio went in and out as the camera focused on Will Smith angrily shouting at the host as he sat back in his seat.

Was that a planned sketch? Did I miss what was funny about a colleague slapping another in their workplace?

For the rest of the afternoon I scrolled, trying to avoid the endless memes and mentions of Will Smith assaulting Chris Rock live at The Oscars.

Every time I saw that slap, over and over, I visibly cringed. It reminded me of the time a work colleague slapped me in my workplace.

Yep. Six years ago I was slapped in the face by the ‘office bully’ while in the middle of a crowded work function.

The woman who assaulted me was known around our department for being aggressive and argumentative.

She seemed to enjoy making people uncomfortable and shocking an audience with her harsh words and demeaning tone.

On the evening she assaulted me, we'd been having an office party with food and drinks.

She had spent the work event confronting colleagues, slurring her words and gesturing her hands wildly as she gave unsolicited advice and tried to embarrass people by loudly sharing office gossip.

I had spent the evening avoiding eye contact with her. I had spent enough time with her to know that anything I said to her, even in passing small talk, would be used as ammunition for gossip or awkward conversations later.

I was talking to a group of colleagues when she approached us. None of us were fans, so when she interrupted our conversation and attempted to interrogate me about a new boyfriend, I made an excuse to leave.

On my way out, I stopped to talk to a group of colleagues.

As we were catching up, I spotted her, charging toward me from the other side of the office, an empty wine glass in her hand, her eyes fixated on me.

My instinct to avoid her kicked in and I backed away from the small group in preparation to avoid a confrontation but I was boxed in.

“You!” I heard her unmistakable loud, booming voice.

I realised I wasn’t going to be able to avoid her. So I faked a smile and began my escape: “Hey, I’m just about to leave…” I began.

Then she slapped me.

It wasn’t hard, but it was with enough force that I knew it wasn’t her attempt at a bad joke.

“What?” I laughed in shock.

“Did you just slap me?” I asked as it started to sink in that I had just been assaulted metres away from the desk I sit each day for eight hours.

She slapped me again, this time harder and the smirk from her face grew as she stumbled and rambled drunkenly at me, not making any sense.

I realised I was in physical danger and looked around hoping someone had witnessed the incident and could help me escape.

Nobody was looking and the office was starting to empty as people made their way home.

What she said next was a blur as I desperately tried to find a way out.

Eventually, I managed to escape, grabbing a friend's arm and heading for the lift.

The next morning I spoke to HR and they asked me to tell them exactly what was said between myself and the woman before she slapped me, as if any conversation could justify a physical assault in the workplace.

I was told the incident would be investigated, and I walked to my desk. As I approached my desk, I had to walk past her; she made eye contact with me and quickly turned her head away. I knew she remembered slapping me hours before.

I took my place in the next row of desks in front of her and got on with my work.

The entire day I felt uncomfortable having a woman who had assaulted me sitting less than two metres away from me.

The next day my manager pulled me into a meeting room where we discussed what had happened. He told me the woman had initially told HR she had slapped me and wanted to apologise but in a written account she claimed she was too drunk to remember what happened.

I was told by HR that as there was no proof she had slapped me; it was my word against hers.

When I asked if the woman would be reprimanded I was told she was given the day off to think about her actions.

When I asked for advice on how to safely work with a woman who had physically assaulted me, HR suggested I move to another desk further away from her.

“Why should I have to be the one to move away from my team?” I asked and refused to change desks.

The office was full of gossip about the incident. A staff meeting was called and everyone was told there would be no more alcohol at work celebrations because of “an incident.”

The office was divided, some found it humorous that two women got into a ‘cat fight’, others were shocked that I had been assaulted at work.

HR arranged a meeting so the woman could apologise to me. She insisted she couldn’t remember the evening as she was drunk and apologised “if she had hurt me”.

A few months later the woman came to work with a bandage around her hand. She seemed to delight in telling people it was from “slapping another person” when they asked how she had injured it. Nothing had changed, and she was not remorseful.

I’ve worked for four different employers since the incident and I still think about it.

I wonder if I should have made a complaint with the police; I question if I should have pushed HR to take more action; I think about where that woman works now and wonder if she realises how disgusting her behaviour was or if she is proud of it. But mostly, I feel sorry for her.

Reply
Upvote
I was slapped by a young man on the stairs at the train station so hard I was on the ground ... the police were dismissive as it was ..only a slap...its assault regardless
..
K
kate norris 2 months ago

Reply
Upvote
4 upvotes
This is nothing like the Chris Rock situation. Nothing.
H
higgy 2 months ago

Reply
Upvote
4 upvotes
@kate norris
The point is they were both in their workplace when they were assaulted. Everyone should feel safe at work.
C
cat 2 months ago