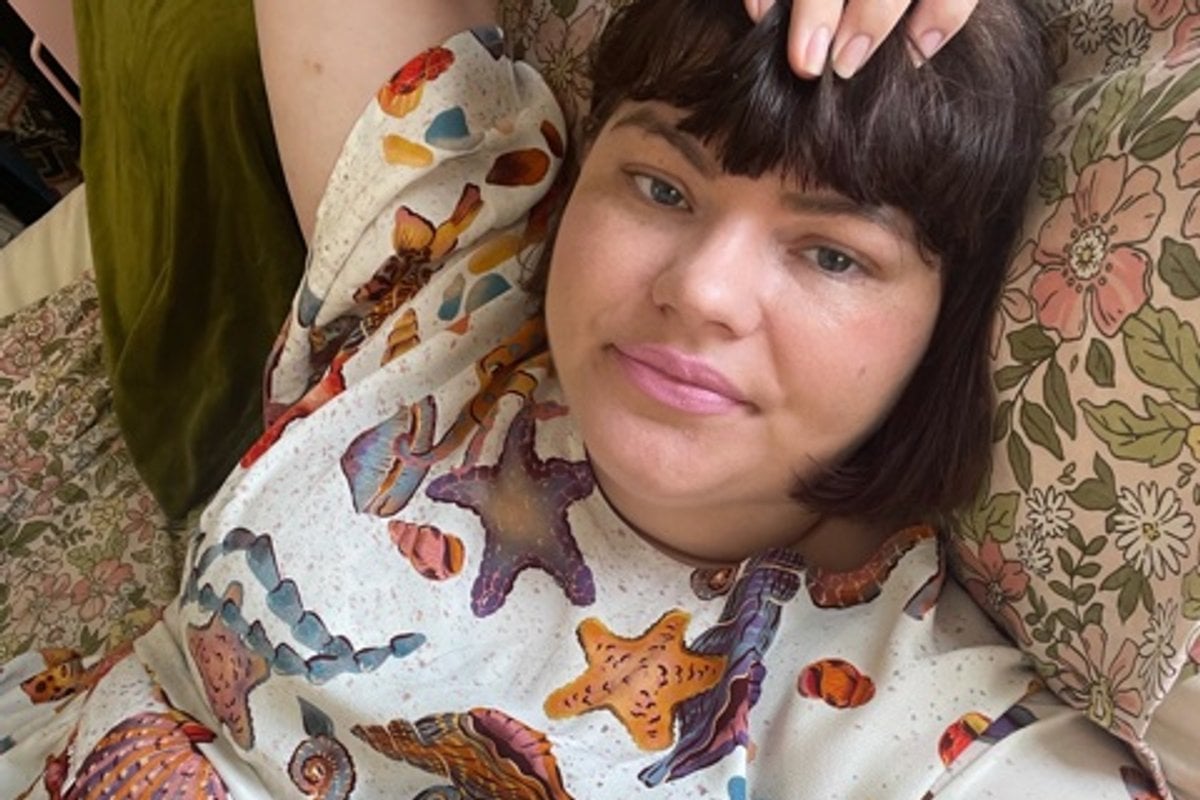 After a bad breakup, I gave up sex. Not forever, don’t panic - just for six months.

I didn’t make this vow of celibacy from a place of mindfulness or after coming back from a spiritual retreat. I decided to give up sex because I realised I didn’t know what I actually liked sexually.

After my breakup, I did what lots of women do. I cut my hair and downloaded all the apps, Tinder, Hinge, Bumble.

I figured, that in order to get over him I’d get under someone else.

I matched with various men including an attractive but average guy that I semi clicked with - it wasn’t love at first swipe but he wasn’t using emojis in a way that I found offensive.

He was a couple of years older, didn’t have any racist tattoos and was within a 10km radius.

What more does modern romance need? He was the kind of guy who had a photo of himself holding a fish on his dating profile and his idea of a conversation starter was asking, "Pineapple on pizza?"

Frankly, it was just nice to have my phone buzzing with something besides my ex accusing me of holding his PlayStation hostage.

He was simple, solid, and seemed like a good guy to sleep with.

Someone I could enjoy but probably wouldn’t attach myself to because we didn’t have much in common.

He was also pretty clear he wasn’t looking for anything serious. He was simply, "open to whatever," which in my experience meant he was after fun not a girlfriend.

We chatted for a few days and then he asked, "What do you like sexually?" Alarmingly, I couldn’t answer him.

I could name what my exes liked sexually. The guy who was into choking, the guy who had to have music playing, the guy who could only seem to finish if we did it in one particular position, the guy who wanted to be scratched. But I’d never really stopped to think about what I liked.

I’d always entered sexual relationships looking to please my partner. Therefore, I was constantly adapting sexually to whatever worked for them.

I didn’t think much about it, I just did it. Plus the men I had dated previously were always upfront about what they enjoyed in bed and it was easy enough to follow instructions.

I worked out pretty quickly being 'good' in bed was more about being willing and eager than being a contortionist.

Plus, it wasn’t like a man had ever before asked me what I liked. Sure they might ask if I liked something mid-act, but it was pretty implied I was meant to say yes and mostly, I wanted to say yes.

In retrospect it didn’t help that I tended to always date men that were a bit older and seemed more worldly.

This was compounded by the fact that I was young and insecure and it wasn’t like pop culture was offering me many examples of woman taking charge of their sexuality.

I wanted to seem simple and easy to please. But, what did I like sexually?

Even in my last relationship, which went on for years rather than the months I was used to, it was never about my pleasure it was only about his. What he liked, what he didn’t like, his boundaries, his expectations and his happy endings.

I was just there to provide and comply and it never occurred to him or me to stop and think what would make this more enjoyable for me? Sure, he liked the idea of me orgasming but it was expected I just would and if I didn’t; it seemed to frustrate him - so often it was just easier to pretend.

There were a few things I’d put my foot down about sexually, but in general I tried my best to be willing and after a few years together I saw sex as a job.

Not a terrible or horrible job but something that if I did it efficiently would be over quickly and make him happy and didn’t impact on me too much. Depressing, eh? So the question from my dating app match really made me ponder.

I decided I couldn’t have sex again until I knew what I wanted from sex and I didn’t want to have sex with another man and fall into the trap of just doing what he likes.

So how does one work out what they like sexually when you’re not actually having sex? I found a few ways.

This may all sound really obvious but it was a huge deal for me. Although I dated a bit during this period, I never went further than the odd make-out session. This meant any horniness or lust I felt I had to deal with myself. I couldn’t rely on a man to make me orgasm - or try to make me orgasm.

I needed to learn how to make myself feel pleasure.

Pretty quickly, I found a way to have a pretty fabulous sex life without having sex. After the six months passed, I started having sex again.

It wasn’t like I suddenly had all the answers but I had a greater understanding of what I liked and didn’t like and I was more open with communicating that.

I would stop and say to a sexual partner, "Sorry that doesn’t feel good for me but this does," because I had an alternative option in mind.

My response to sexual intimacy became less passive. It became something I was experiencing and fully participating in - I was now an important part of the action.

In my daily life, I was confident, dare I say, even opinionated, but sexually I had become submissive.

I’d recommend pressing pause if your sex life is not all you want it to be. Take a bit of time to think, explore and recalibrate your wants and needs - your desires.

Ultimately, this led to the best sex of my life. Sure, there were a few average experiences along the way - not every encounter works out for a myriad of reasons - but I had finally given myself the tools to understand what I needed to have a good time.