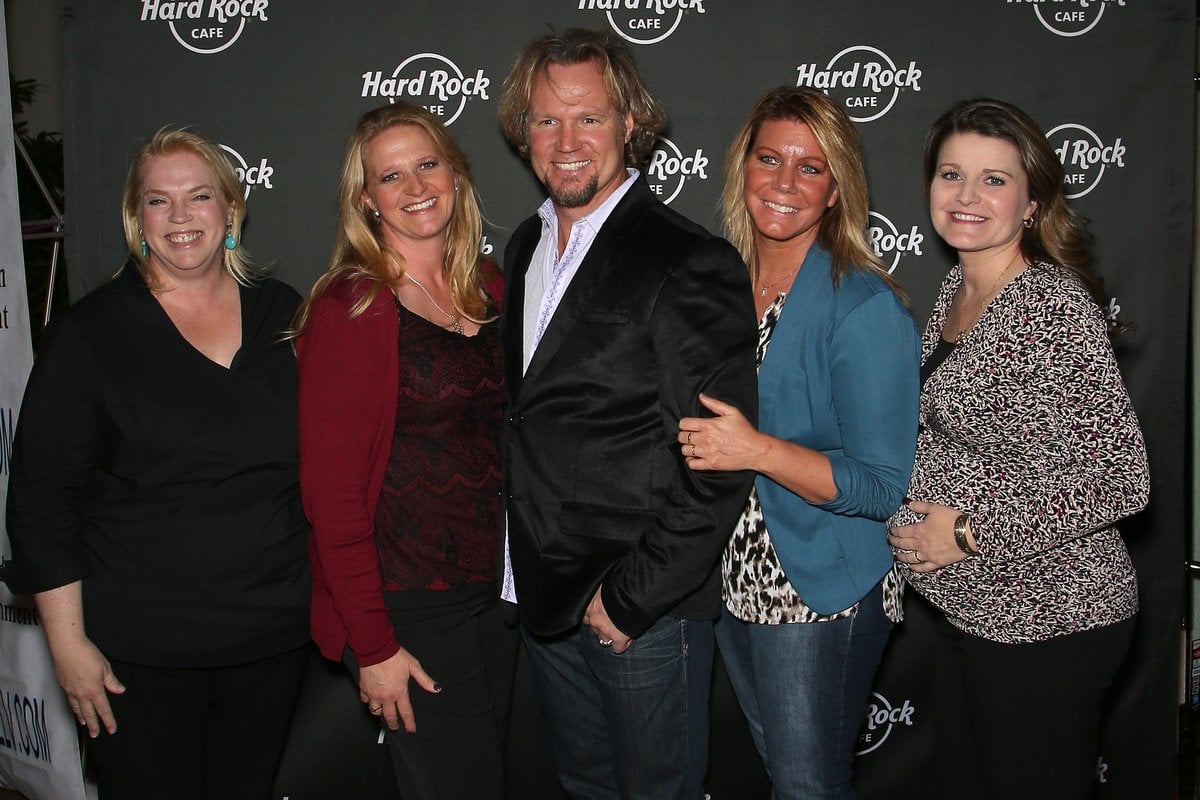 After 27 years as Kody Brown’s third 'spiritual wife', Christine Brown announced that she was leaving her polygamous marriage.

Sharing a post to her 528,000 Instagram followers last week, Christine asked for understanding and compassion as she wrote that she and Kody had 'grown apart'.

"After more than 25 years together, Kody and I have grown apart, and I have made the difficult decision to leave," she wrote.

Watch: The things that people never say at weddings. Post continues below.

"We will continue to be a strong presence in each other’s lives as we parent our beautiful children and support our wonderful family," she continued.

"At this time, we ask for your grace and kindness as we navigate through this stage within our family."

In a statement on his Instagram page, Kody confirmed the news.

"Christine’s decision to leave comes with a great deal of sadness. We enjoyed many years together and I have a large amount of respect and admiration for her," he said.

Kody has a total of 18 children to his four wives, three of them adopted.

Being married to more than one person is illegal across the United States. But in Utah, polygamy was decriminalised in 2020 after much protest from the plural marriage community and its supporters in the state.

For fans of the famous family’s long-running TV show, Sister Wives, the news of Christine and Kody's split may not come as a surprise.

In season 15, which aired earlier this year, tensions emerged after Christine shared that she wanted to move from the family's ranch in Flagstaff, Arizona, back to Utah.

The Sister Wives (L to R: Meri, Janelle, Christine and Robyn) and Kody on a promo tour for TLC. Image: Getty. After feeling sidelined for her opinion, she had an honest and emotional discussion with Kody's first wife Meri.

"I can’t do marriage with Kody anymore. I don’t want to. It’s not enough," she said.

In a video chat with Us Magazine in March, Christine shared that the most challenging part of being in their unique family was not always feeling heard.

The couple’s once strong relationship has been under pressure since fourth wife Robyn joined the family in 2010, the same year that Sister Wives premiered in the US.

Back then, Kody was legally married to his first wife Meri, and 'spiritually married' to Janelle and Christine.

He later divorced Meri in order to marry Robyn legally in 2014, so that Robyn’s three children from a previous relationship would have financial security.

All of the wives have shared honest feelings about what it means to be in a polygamous relationship, but until now they have remained committed to the family.

In February, Kody told Us Magazine that following his divorce with Meri, his relationship with her had been in a "very dark place for a very long time".

Meri last shared a post of her with Kody in December 2020, writing, "I love this man."

While second wife Janelle, who shares six children with Kody, has been described as the most relaxed wife, Christine has previously admitted to struggling with jealousy.

In season 15, she told Kody and the wives that she finds family gatherings 'hostile'.

"I'm really sorry, I still get jealous," she said.

In the season 15 finale, Christine also reflected on how the move from Utah to Flagstaff had affected how she felt about her and Kody.

"I agreed to move to Flagstaff, and I followed Kody here, but it's been a struggle the whole time," she said.

"I'm tired of feeling like I don't matter. I'm tired of not having his support when I really need it. I'm just tired. I need a partnership. I need something different than this."

Listen: Mia Freedman chats with Ollie Lucks about being in a polyamorous relationship. Post continues below.

In a Cameo sent to a fan this week, Christine shared that her split with Kody had been a "long time coming".

"Thank you for supporting me with leaving Kody. The decision was a long time coming and I feel like a much better person divorced than I ever did," she said, according to Page Six.

"Life is so great. I had no idea life could be simple. It’s a phenomenal world. It’s a whole new world. I hope Kody and I can still remain friends through this," she continued.

"We’ve been high-key communicating with each other and stuff. We have good and bad days, don’t get me wrong. But, we have a life still together after this because we have kids to raise and Truley’s 11. So we have to be good and amiable and things like that. I think it’s just important to remember that."

While Kody and Christine have officially parted ways, none of the wives appear happy in the season 16 teaser trailer that sees them living apart thanks to COVID restrictions.

Only Kody has allowed himself to travel between his wives' homes and everyone else seems very unsettled.

In the teaser clip, Meri questions her options to stay, saying, "I've considered everything."

At this point, Meri, Janelle and Robyn have not yet made official statements on Kody's split with Christine.

However, speaking to Us Weekly, a source claimed that Kody's relationship with Robyn was one of the factors that led to Christine's decision.

"She’s been in the process of leaving him for a while," the source claimed.

"The big reason why she split from him is because Kody has been completed devoted to Robyn for the past five or six years. That hasn’t changed at all."

Season 16 of Sister Wives is due to start on November 21 on Binge.

This article was originally published on November 4, 2021, and has been updated with new information.

Reply
Upvote
They moved from Utah to Vegas to Flagstaff.  Meri and Christine will probably both go, I believe.