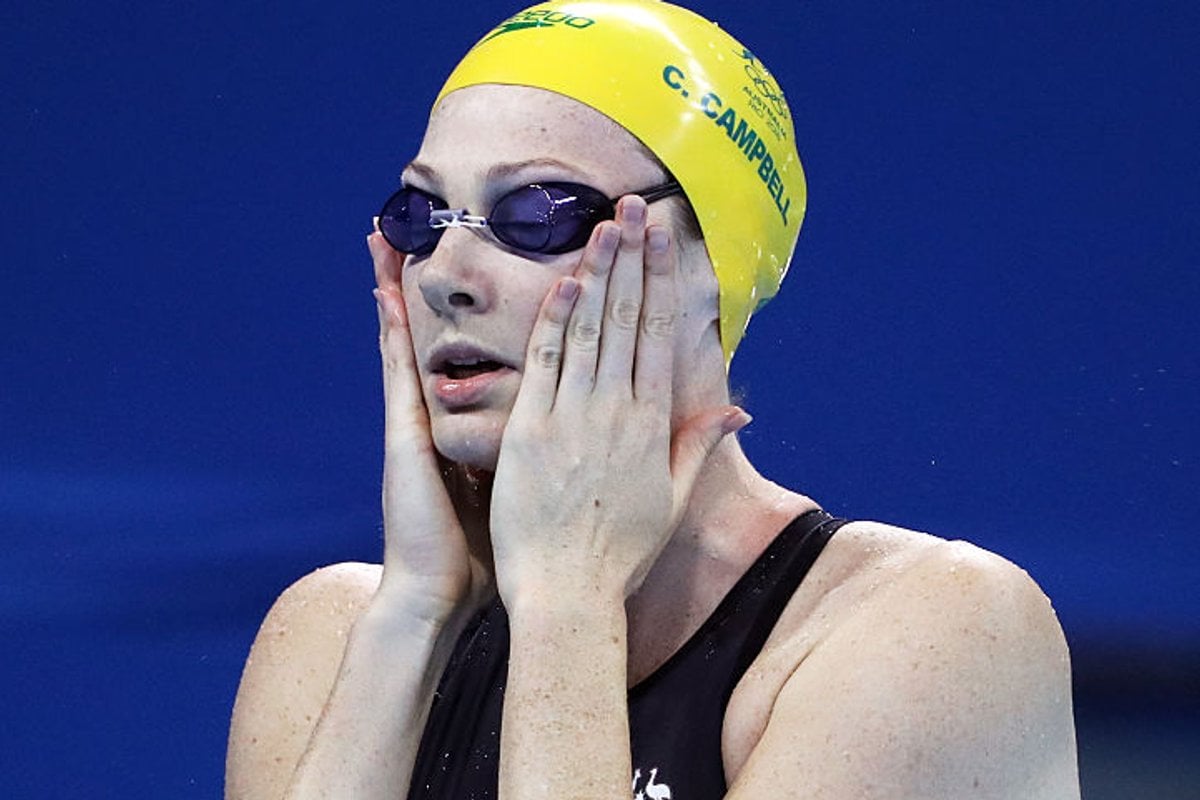 At the 2016 Rio Olympics, Cate Campbell was the gold medal favourite in the 100m freestyle. But days later, she would describe her swim as “possibly the greatest choke in Olympic history”.

In this extract from Sister Secrets by Cate Campbell and Bronte Campbell, out today, November 16, she shares the lessons she learned after her loss on the world stage.

Lesson one: Life goes on. Your fears are often worse than reality.

I thought that the world would end if I didn’t win. Turns out it didn’t.

Immediately after the race, it did feel like my world had come crashing down around my shoulders. Time seemed to slow, colours faded, and the stadium went quiet. In reality though, time didn’t stop – it didn’t even pause for a second.

It kept on going as if nothing had happened.

In a way, it was quite liberating hitting my rock bottom – the world didn’t end, in fact it kept going with an energy bewilderingly callous towards my personal crisis.

I was faced with a choice: I could either fall in a heap and become a casualty of my situation, or I could pick myself up, and choose to be a participant in the rest of life.

I still had races left to swim; my job wasn’t done yet. I chose the second option. I decided to do what life was already doing: move on. I still had some wonderful people around me who were there to keep me going.

People who are going to be there through the good times and the bad. People who know you and love you unconditionally. People who will always have your back, win, lose or draw.

Having these people around reduces the fear of social ostracism, which, if you remember, is the biggest reason we fear failure in the first place.

I learned this not when I was on top, but after that 100m freestyle final, when I was on the bottom. I was lucky to already have those people in my life. I am forever grateful to my teammates for being kind to me.

I was so thankful to have a wonderful coach and my sister beside me. Their unconditional love and support enabled me to set aside my hurt, and helped diminish the growing anxiety I felt about my future races. 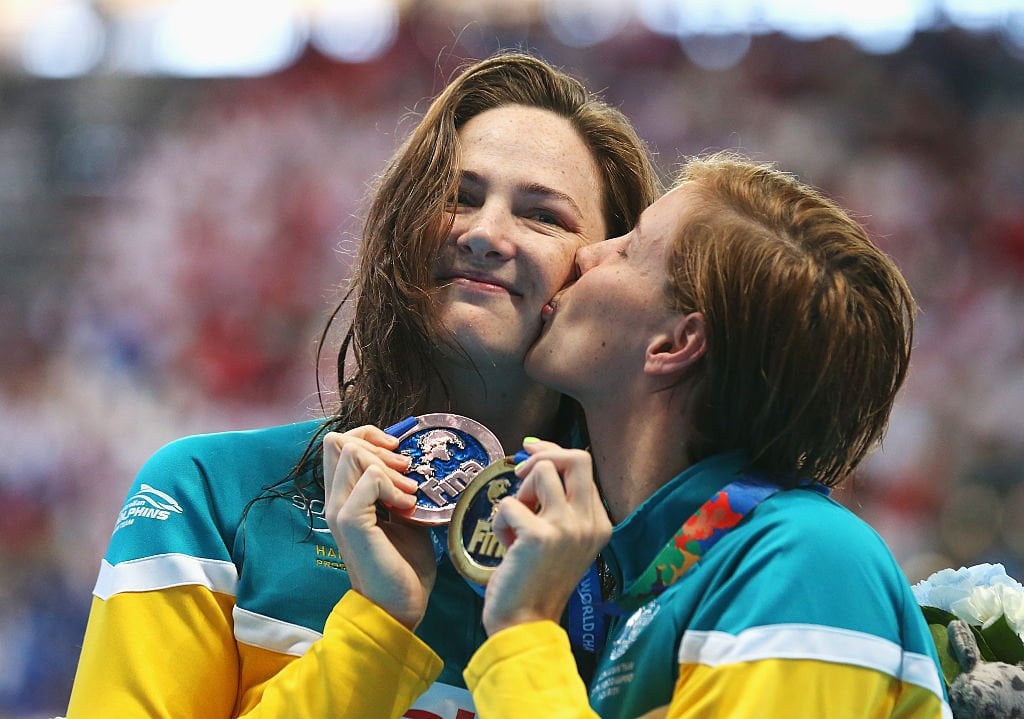 Today, I consciously surround myself with positive, supportive people whom I can call whenever I’m in need – and I make sure I am a person on whom they can call too.

Lesson three: You are stronger than you think you are.

One of my favourite quotes is from a Winnie the Pooh movie. Christopher Robin, in the process of growing up and leaving the childhood magic of the 100 Acre Wood behind, tells Pooh, ‘You’re braver than you believe, and stronger than you seem, and smarter than you think.’

It reminds me that we are capable of so much more than we think. Unfortunately, we usually only come to this realisation when we’re in a situation we have feared.

Listen to Cate and Bronte Campbell on No Filter. Post continues after audio.

In the hours after the 100m final I had to reach into myself and find a resolve I didn’t know I had. I never believed I was strong enough to endure failure – and that was why my fear was so intense behind the starting blocks.

It turns out, I was. And I carry that knowledge with me today. Now when I face a situation that scares me, I know I am more capable than I feel at the time, and so I push through and challenge myself a little bit more.

Lesson four: Get comfortable with being uncomfortable.

I am a creature of comfort. I love stability, familiarity and routines. Therefore, it is very easy for me to get stuck in a comfortable rut. I sometimes forget to push my boundaries.

In the lead-in to the Olympics, I made a little bubble to exist in: I controlled what I ate, what I did, where I went, how long I slept for and, apart from challenging myself in training (I pushed myself to my limit during my swim and gym sessions), I lived in this very protected bubble.

While I had good intentions, the reality was, by limiting my exposure to new and potentially stressful situations, I was inhibiting my ability to develop skills to cope with stress.

Since the Rio Olympics, I have made a conscious effort to find ways to get out of my comfort zone – whether it’s an extreme example like skydiving or something more benign like trying a new restaurant instead of revisiting an old favourite. 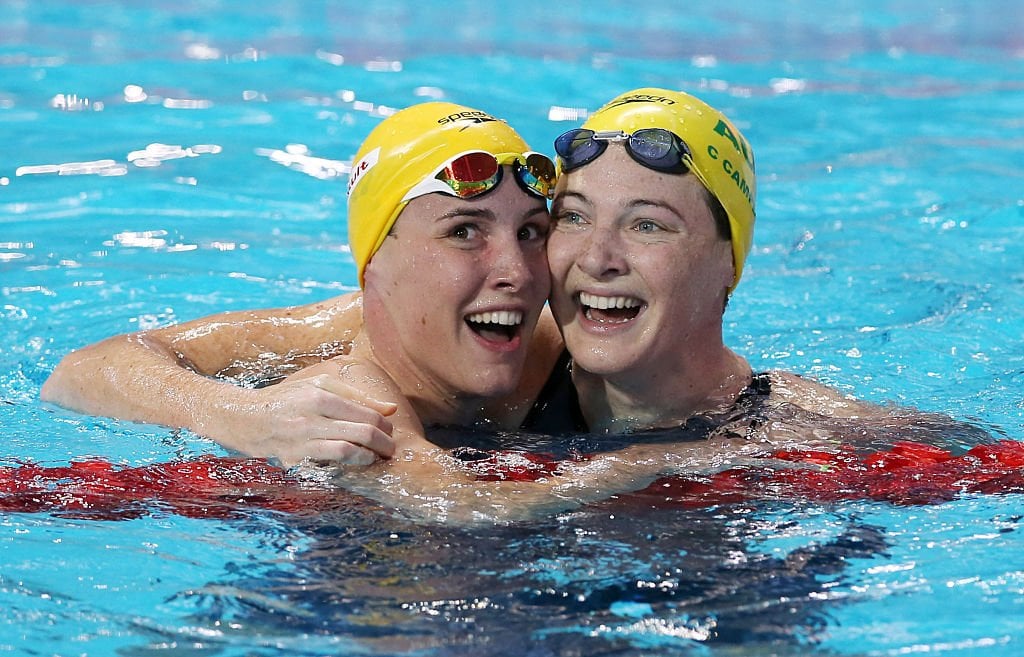 If you are going to own your success (which, let’s face it, everyone wants to do) then you have to be willing to own your failures. Even the parts that aren’t your fault.

Examine what you did and find a way to change those things.

As an adjunct to this point I would say: surround yourself with people who will also take full responsibility for their role. One of the reasons my coach Simon and I work so well together is that after a bad race, neither of us blames the other.

A failure is only useless if you don’t learn anything from it. And the only way we learn is to take responsibility for our actions.

Lesson six: There is usually a silver lining.

When things don’t work out as you planned, it’s easy to let the disappointment and heartbreak cloud over the future. My dark cloud was literally lined in silver.

It came in the anchor leg of the 4 x 100m medley relay. When I dove in, Australia was in fifth, and when I touched the wall, we had won a silver medal. In the heat of the moment I held my nerve, I didn’t panic and I executed the race plan that I wish I had been able to two days earlier.

Overcoming my heartbreak, overcoming the fear of failing again and being able to execute a near-perfect race under extreme pressure is something I am immensely proud of – in fact it’s one of the proudest moments of my whole career.

While my Rio experience didn’t turn out exactly how I had dreamed it would, that silver medal went a long way towards healing my wounds.

Lesson seven: Failure is always going to hurt. So if you want to succeed, you’re going to have to get better at dealing with it.

The six lessons above will definitely help – but don’t be afraid to go out and have your own adventures and mishaps.

Find your own ways of dealing with failure. We are all wonderfully unique, and what works for me, won’t necessarily work for you. So, go out, be brave. Dare greatly, fail boldly and live fearlessly.

This is an extract from Sister Secrets by Cate Campbell and Bronte Campbell, published by Allen & Unwin, RRP $24.99, out today - November 16. You can buy  Sister Secrets on Booktopia, here. 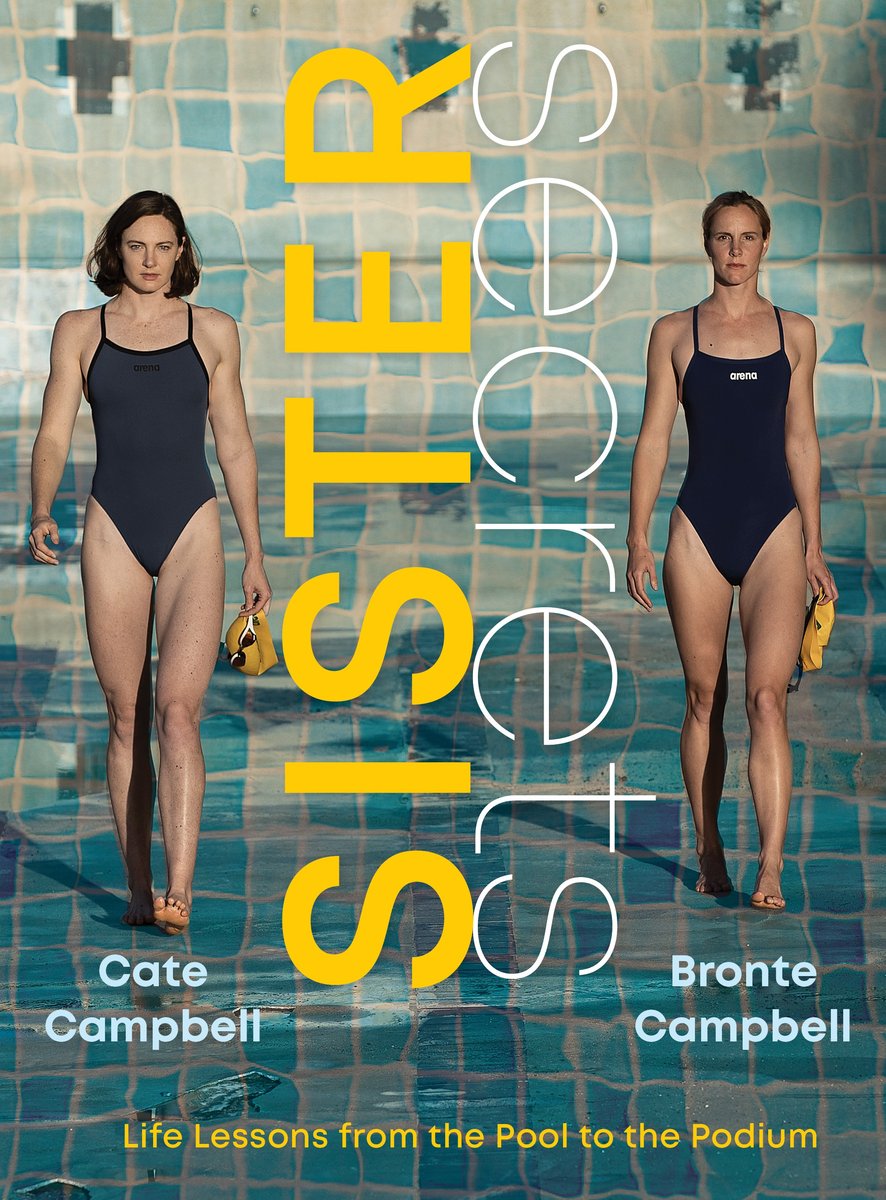