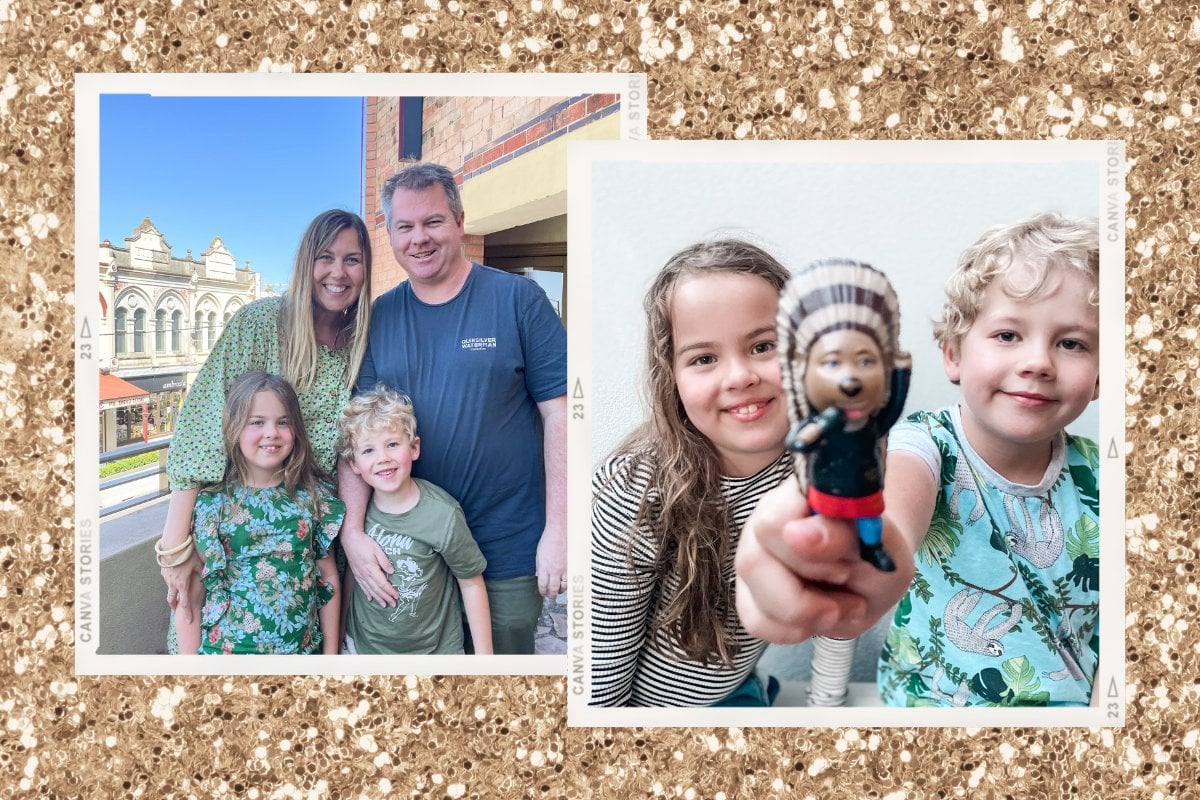 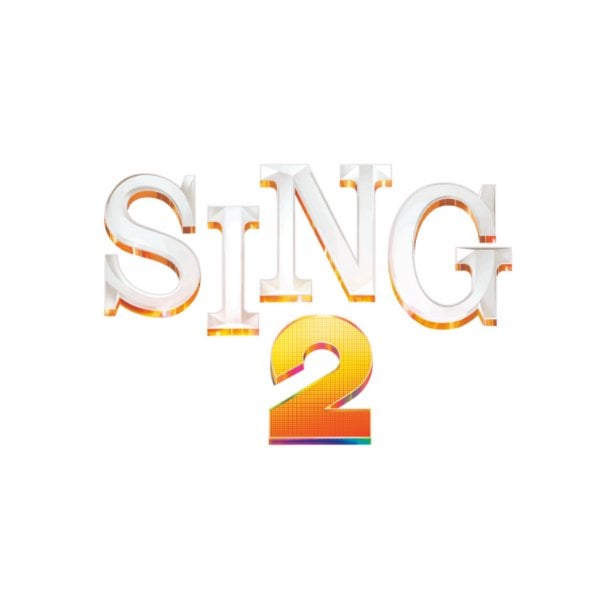 Thanks to our brand partner, Universal Pictures- Sing 2

So, it’s been a year. Two in fact. But there’s nothing like taking the kids to the local cinema, ordering the biggest tub of popcorn you can carry and catching a heartwarming family movie as an escape from the daily grind.

Choose well and the movie might actually inspire you as well.

Sing 2 is that movie. In cinemas on Boxing Day, it promises to become an instant classic, just like the first instalment in 2016.

Buster Moon and his all-star cast of animal performers are back and planning to launch a new stage attraction in the glittering entertainment capital of the world. There's just one problem: he has to find and persuade the world's most reclusive rock star to join them.

My kids are excitedly planning to quickly become reacquainted with the endearing and unforgettable characters they loved from the first movie. Did I mention there’s a tap-dancing tarsier? That too.

Funnily enough, Sing was the very first movie my family watched together. The four of us.

It’s become such a treasured memory — my daughter giggled and danced along, and my son was mesmerised, so naturally we’re excited to create more happy memories together these school holidays.

Aside from being SO FUN, here are 7 other reasons why you should watch Sing 2 with your kids. Immediately.

1. You’re reminded to chase your dreams.

Buster Moon (Matthew McConaughey), the entrepreneurial koala, has turned the New Moon Theatre into a local hit, but he now has his eyes on a bigger prize — debuting a new show at the Crystal Tower Theatre in the glamorous Redshore City.

He’s found his groove again and won't let the fact that he has no connections crush his dream of big-time success.

When everyone tells Buster Moon no, he doesn’t give up.

Sing 2 is about liberating yourself from the limits that other people place on your dreams (or the ones you place on yourself). 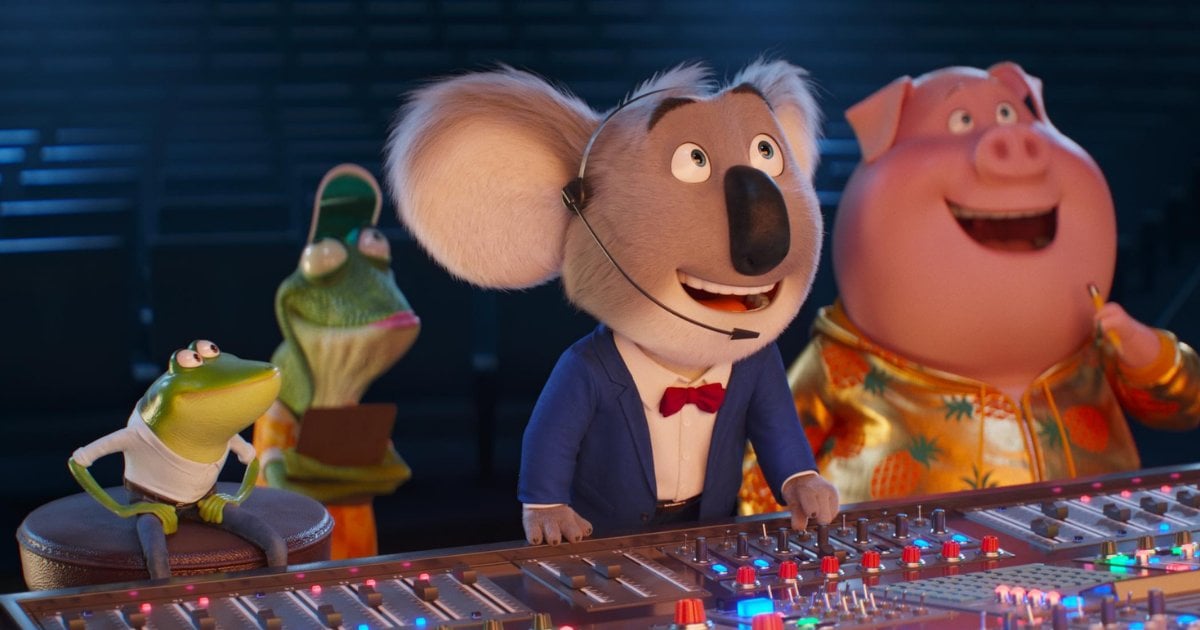 2 You’re inspired to believe in yourself.

When the live show is on the line, it’s Rosita (Reese Witherspoon), the selfless mother to 25 piglets, that will ultimately have to overcome her fears and prove that she’s truly the hero she was always meant to be.

It’s through strength and perseverance that Rosita gets to accomplish what she puts her mind to. 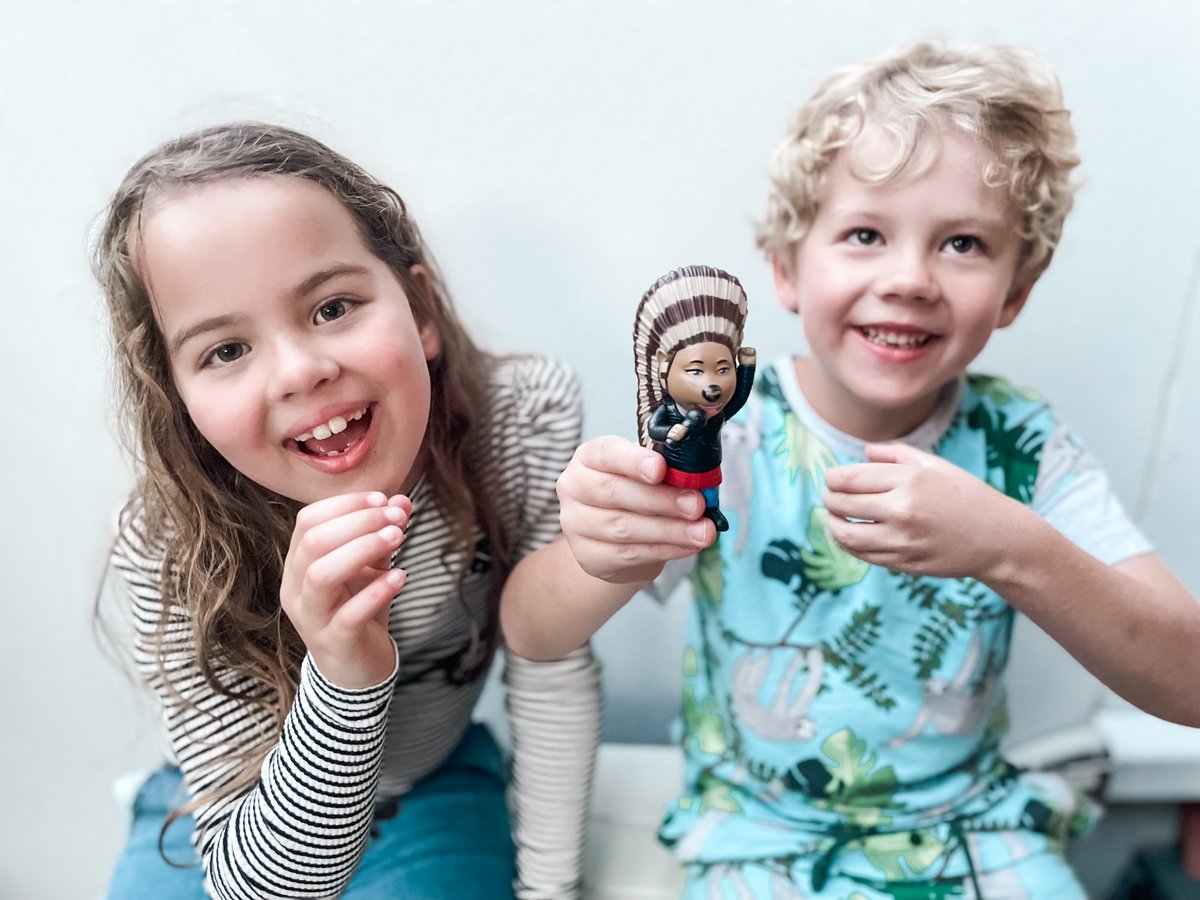 Image: Supplied. I’m so excited for my kids to watch this movie and realise that self-belief can make such a huge difference to their happiness in the future – and it’s not just their mum telling them so.

What begins as a dream of big-time success becomes an emotional reminder of the power to heal even the most broken heart.

But it’s only the transformative power of music that persuades the world’s most reclusive rock star to come out of hiding and join new friends on stage once again for Sing 2.

And I totally get it – music is guaranteed to change the mood of my kids in an instant. Arguing in the car? Turn on the radio. After school energy burn? Lounge room dance party. Sing 2 will lift spirits via its catchy tunes and positive message.

Music is one of the big stars of Sing 2, but it’s the cast – who all sing their own parts – that make the movie unforgettable. 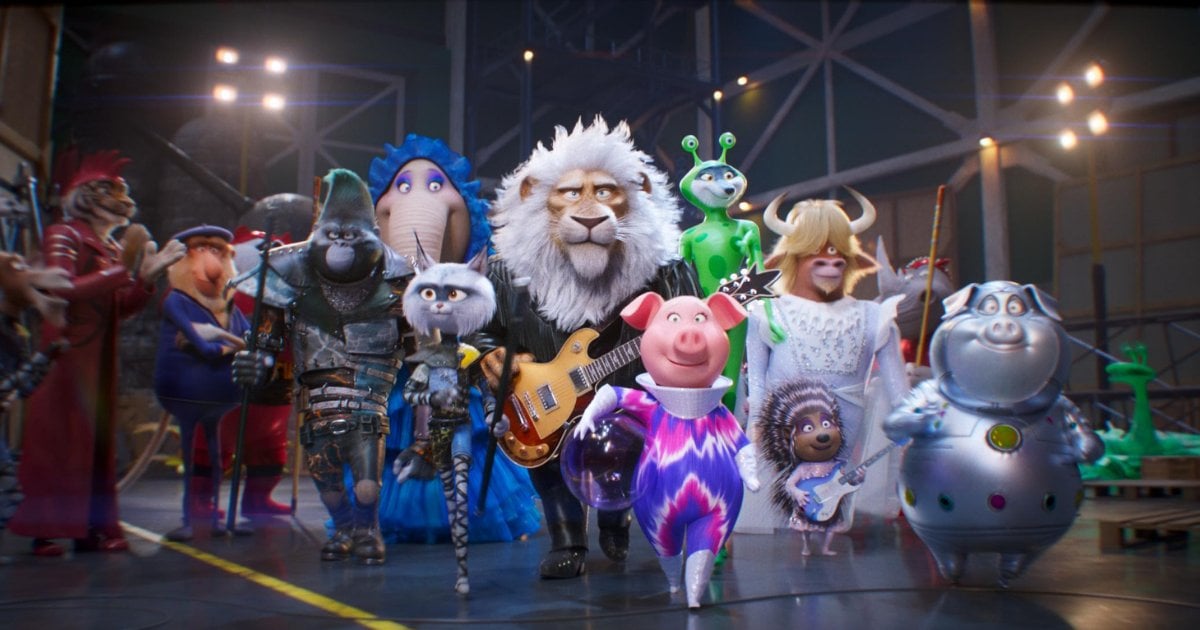 It’s a plot full of signature humour and heart that has us coming back for more in Sing 2.

We follow the journey of the characters because we relate to their struggles and their determination, and then laugh along with them as they do their very best to succeed, despite the obstacles in their way.

The belly laughs will come from young and old, each audience member finding themselves giggling uncontrollably at the zany characters and their quirky antics. 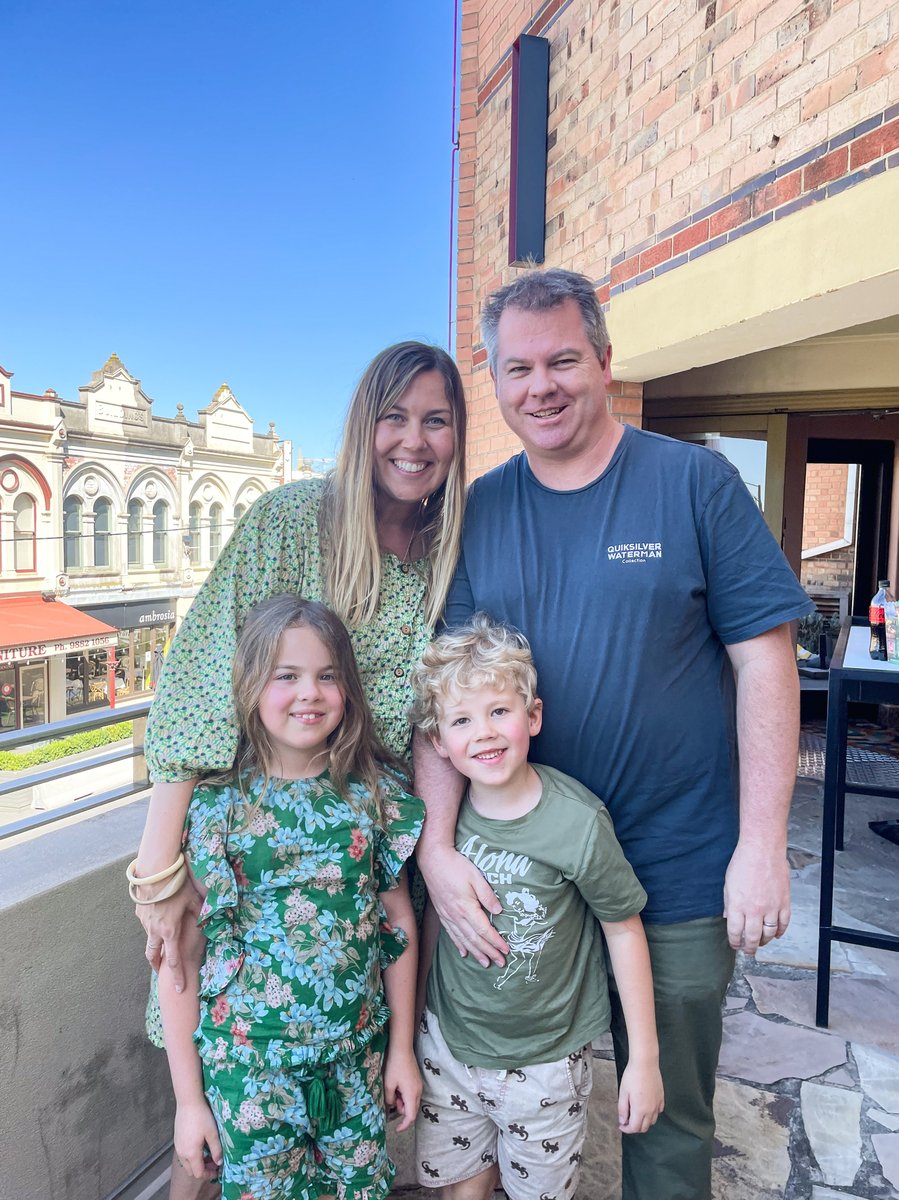 Image: Supplied. 6. You remember to shake off self doubt.

You’ll leave the cinema, still bopping along to the featured Shawn Mendes tune and feel that courage creeping back. You’ll have a newfound confidence to just DO IT. Because you can – and you’ll be great.

Like me, do you sit and watch someone else do the things you’re more than capable of? Let’s be more like the movie’s inimitable animals and shout it out: “You take all my inhibitions… baby, there’s nothing holding me back!”

Sing 2 is a kind of nirvana for music lovers, combining more than 40 (40!) hits from pop to rock, K-pop to Latin, and from artists including Billie Eilish, Drake, The Weeknd, Prince, Taylor Swift, Cardi B and Shawn Mendes.

Bonus for those of my era (I’ll let you guess what that era is) are the three featured U2 classics, plus a new song written by U2 especially for the movie – the first new music from the band since 2019.

If you hear an adult singing and clapping along at the cinema, don't be alarmed — it's probably me.

Join Buster and the gang as they launch a new stage attraction in the glittering entertainment capital of the world. You'll laugh, you'll cry and you'll reignite your love of music.

Sing 2 is in cinemas Boxing Day. Book your tickets here!

"Returning favourite characters Buster, Meena, Rosita, Gunter, Johnny and Ash prepare for a bigger stage and a brighter spotlight as they leave the Moon Theatre for the big city in Sing 2. From Illumination, the creators of Despicable Me an Minions comes the follow up to its smash all audience event film about the transformative power of music. Starring Matthew McConaughey, Reese Witherspoon, Scarlett Johansson, Taron Egerton, Tori Kelly, Halsey, Pharrell Wlliams and Bono. Sing 2 is in cinemas on Boxing Day."