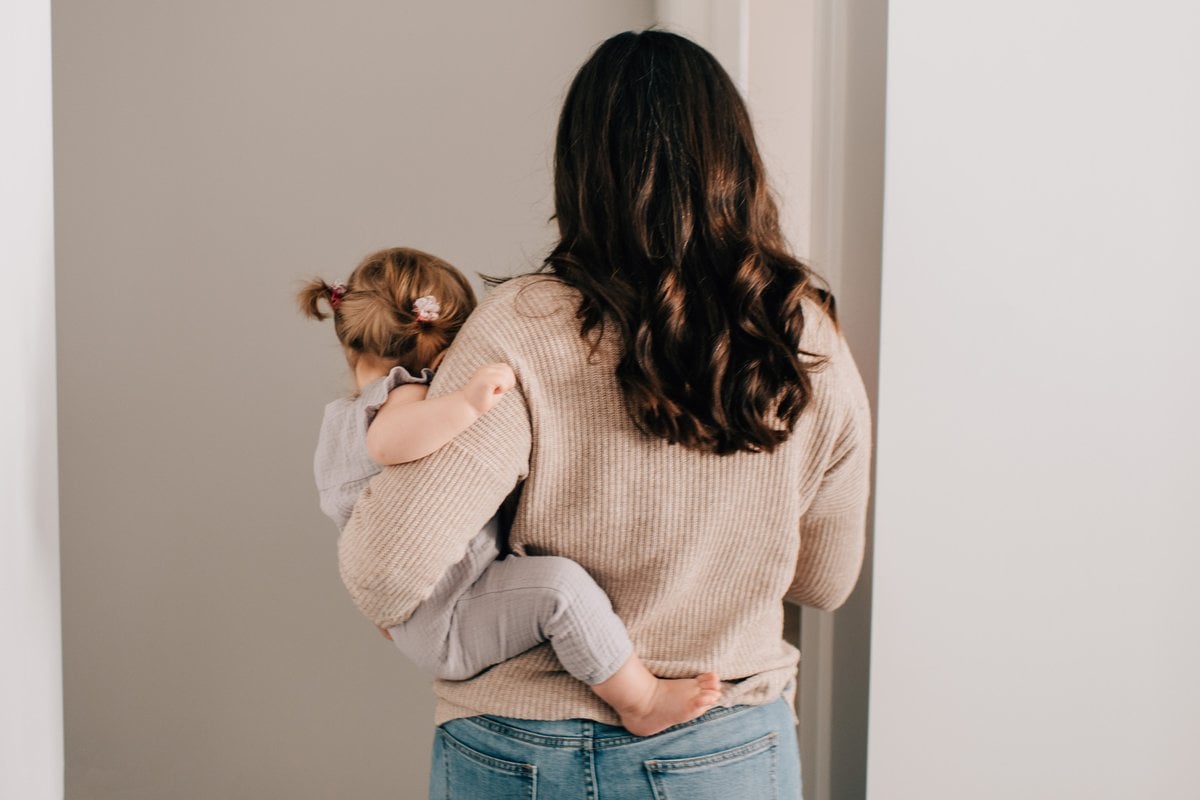 I don’t think there’s been a phase in my life when I haven’t had a solid group of female friends.

When I went to primary school, I was inseparable from the girls I had grown up with in my neighbourhood.

In middle and high school, my closest friends were the girls I had met on the volleyball team, and in university, I made friends that I still consider to be family to this day.

But when I was the first one in our friendship group to become pregnant, it quickly dawned on me that my merry band of Pinot Grigio-drinking, party-loving friends probably wouldn’t enjoy listening to me rant and rave about my little human day in and day out.

So, I made the conscious decision to seek out new mum friends who’d be able to better understand this new chapter of my life.

Through a local Facebook group, I ended up getting to know a group of women in my area who already had kids of their own.

I, clearly a total newbie to all things baby, looked to them as my guiding angels who were there to tell me which breast pump to buy, what to pack in my hospital bag, and what I needed to do to try and get breastfeeding off to a good start.

When I’d be up at 2am, freaking out because I thought my baby hadn’t been moving as much as usual, I could text them in our group chat and know that they would offer words of comfort that would ease my concerns.

So you can imagine my surprise when the tables turned shortly after I gave birth to my daughter. It all started with – you guessed it – breastfeeding. Despite my best efforts to nurse my baby, my body just wasn’t cooperating.

And after weeks of devouring lactation cookies and anything that could save my milk supply, I finally accepted what felt like defeat.

Feeling disappointed and upset with myself, I texted the group chat that I had decided to start switching from breast milk to formula. Their reaction was miles away from what I had expected - it was judgment of the highest degree.

I was told I had no idea what I was doing and that I had no clue what companies actually put in their baby formula. I should just try harder because apparently, being exhausted 24/7 and having a baby that wasn’t gaining weight weren’t reasons enough for me to drop breastfeeding.

I felt hurt and embarrassed, and I remember hitting the ‘do not disturb’ button on my phone so I wouldn’t receive any more notifications for the night.

Although I continued to hang out with them over the following months (don’t judge me), I realised that spending time with them was becoming draining. Instead of feeling energised, I left our meetups feeling frustrated.

For one, it was the complaining. I’ll be the first to admit that sometimes all I need is a shoulder to whine on, but at some point, the complaining grows into a whirlpool of pessimism that’s tough to escape.

And when you start viewing the world through a negative lens, seeing someone else happy or simply content gets on your last nerve.

I became so irritable and difficult to talk to – if you told me some good news, I’d find a way to spin it around into something negative. Then there was the near-constant gossiping and passing judgment on other mums over the most trivial things.

The worst thing was that I still took part in it, even though I knew they were doing the same to me when I wasn’t around.

At the same time, I can’t say I didn’t enjoy the camaraderie. We were all connected through motherhood and for a while, I just wasn’t willing to give them up – who else could I share every single detail of my daughter’s teething pains with?

Finally, what got me to snap out of the toxicity I had fallen into were my old uni friends. During lunch one weekend, a friend jokingly referred to me as a “negative Nancy” and although I knew she was joking, it was the first time I reflected on my own behavior from the previous couple of months.

Friendships are supposed to make you a better version of yourself, are they not? There’s give and take but at the end of the day, you know that these are the people that will make you laugh or at the very least, make you feel supported when you feel like the whole world is caving in on you.

No matter how hard I tried, I couldn’t escape the fact that I didn’t feel this way with my group of mum friends.

Toxicity rubs off, and I don’t blame any of these women for behaving the way they did - perhaps it was the only outlet they had for their own problems. But I had to hold myself accountable for my own toxic behaviours, so I knew I had to bring our friendship to an end. Or as the youths would say, “ghost” them.

It’s so important to realise that toxic mum friendships aren’t just women using the mummy card to rope you into their MLM scheme, or women who constantly criticise your parenting and make you feel like a fool.

Sometimes, it’s the people who have given into negativity and are threatening to drag you in too.

As a mum, you need all the positive energy you can get – caring for a baby is hard work on its own, so there should be no room in your life for people with whom you feel like a lesser version of yourself. Trust me, you deserve better.

Ivana Davies is a teacher turned stay-at-home mum and blogger. When she’s not busy with her son and daughter, she creates content for her blog Find Your Mom Tribe, a community for both new and experienced mums to come together and learn more about helpful parenting hacks, pregnancy and postpartum health, as well as the best baby products. You can catch up with Ivana on Facebook and Pinterest.

Reply
Upvote
I'm sorry that you had a bad experience with your parents' group, but I'm pleased you picked up on why it wasn't working for you and extracted yourself. I know a couple of parents that didn't find these groups helpful, but I still think its important you give them a try because sometimes you really do find kindred spirits. Almost 9 years later and my parents' group still meets up. They are the kindest, most supportive bunch of people I've met. We've supported each other through serious illness, miscarriage, divorce and all manner of life's issues. Yes, there are one or two I'm not bffs with, but there are also a couple that are the best friends a woman could ask for. So my advice to new parents (including dads) is try it, it might surprise you. If it doesn't work, you don't have to stay.
km 25 days ago

Reply
Upvote
I think Mothers Groups have varied levels of success. I absolutely loathed it, but so did another lady in our group...we both ditched it and are still friends. However a lady I worked with still catches up with her original mothers group and the kids are 22!! For new mums, I'd say give it a go, but see how you go.
News
General
Opinion
True Crime
Politics
Sport
Explainer
Entertainment
Celebrity
Reality TV
Movies
TV
Books
Rogue
Royal
Lifestyle
Beauty
Fashion
Weddings
Home
Wellness
Health
Fitness
Travel
Food
Parents
Before The Bump
Pregnancy
Baby
Kids
Teens
School
Parent Opinion
Work & Money
Money
Finance
Career
Lady Startup
Relationships
Sex
Dating
Separation
Friendship
Family
Real Life
Couples