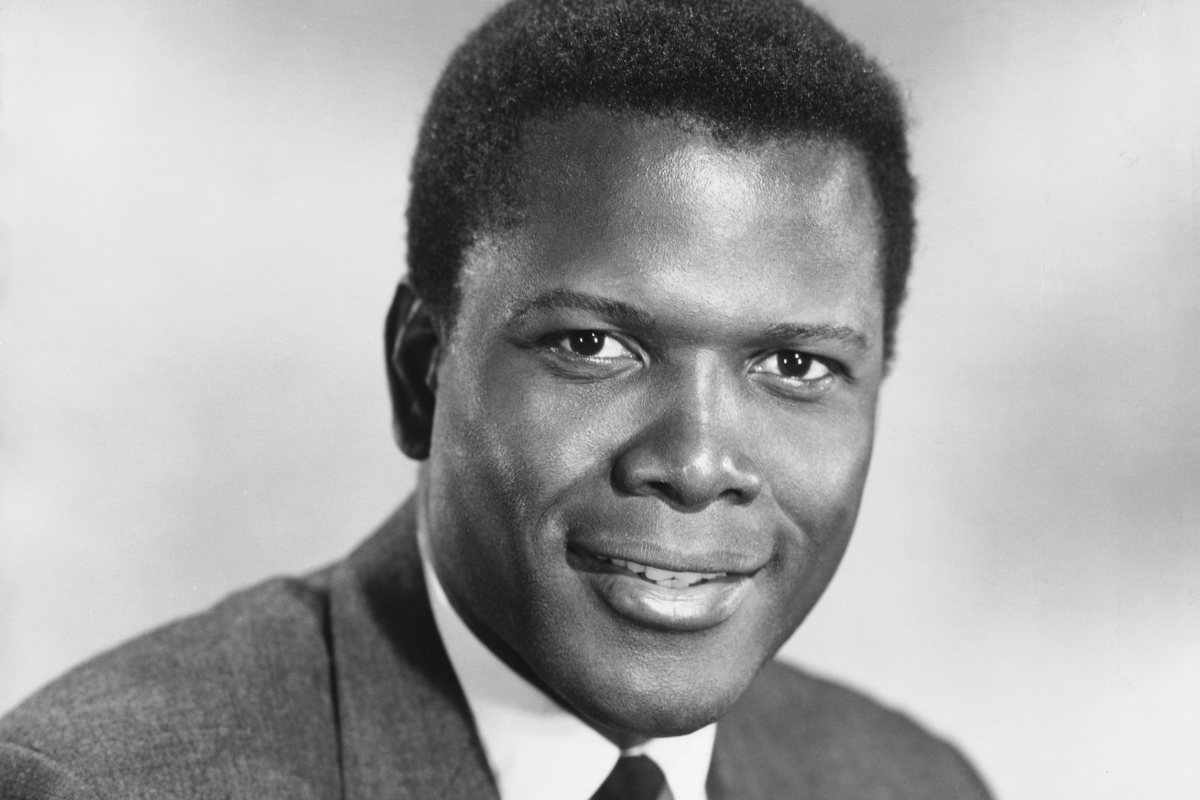 Sidney Poitier broke through racial barriers, challenged stereotypical roles only given to Black actors during his time, and inspired a generation during the civil rights movement.

This week, the pioneering actor and activist died at the age of 94, surrounded by his friends and family.

To pay tribute to Sidney, we take a look back at his life, including his childhood in the Bahamas, his experiences with racism, Sidney's family life, and the indelible legacy he leaves behind.

Sidney was born in 1927 to parents Reginald and Evelyn Poitier.

He was raised in Cat Island in the Bahamas, before his family then moved to the capital Nassau.

His parents were Bahamian farmers who had travelled to the US to sell tomatoes while Sidney's mother was pregnant with him. But Sidney arrived earlier than expected! His premature birth meant he gained both US citizenship and Bahamian citizenship.

Sidney had a close relationship with his father, saying in an interview with American Film that his dad "had a wonderful sense of himself. Every time I took an acting part from the first day, I always said to myself, 'This must reflect well on his name'."

From the age of 12, Sidney decided to quit his schooling in order to earn money as a day labourer. It was a necessity, Sidney later said: "because my family needed the money to survive."

Sidney Poitier on coming to America. 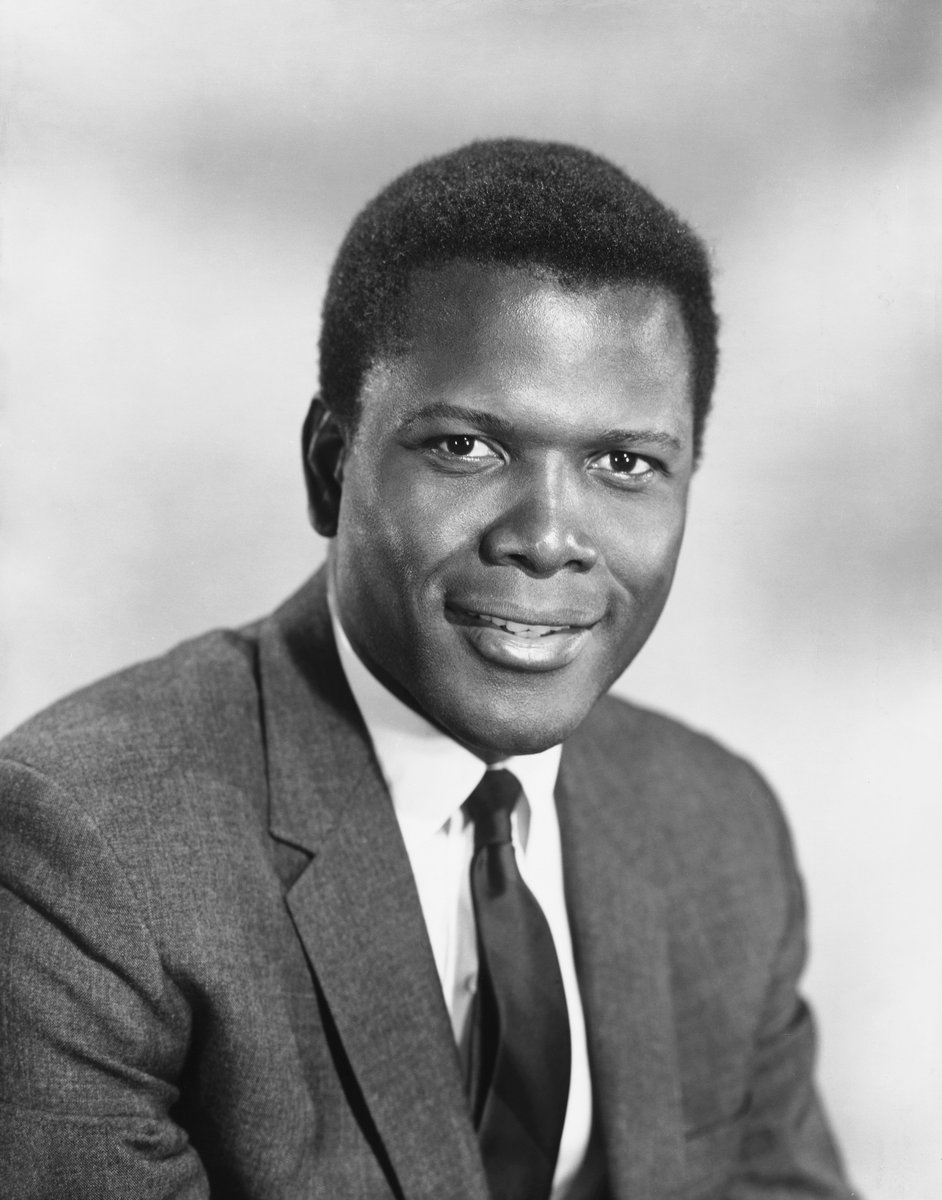 As soon as he set foot in the US, he was immediately faced with racism, segregation and overall discrimination.

"I couldn't go into certain stores and try on a pair of shoes. I had to travel in the back of a bus and I had never had to do that before. It was a big disappointment to me," Poitier said on CNN's Larry King Live in 2008.

"I lived in a country where I couldn't get a job, except those put aside for my colour or my caste."

Growing up in the Bahamas, a country with a predominantly Black population, Sidney never saw his identity as intrinsically linked to his skin colour, unlike the realities many faced in places like America.

Listen to The Spill: Black Lives Matter and the gatekeepers of culture. Post continues after audio.

Sidney briefly served in the army at the age of 16, before then becoming a dishwasher in a New York restaurant, in order to "make a living and feed myself".

One day, Sidney was reading the Amsterdam News, New York City's oldest Black newspaper, in a bid to find more dishwasher opportunities in the job ad section. He came across another ad, calling for Black actors to come and try out at the American Negro Theatre.

Sidney decided to give it a go. But when he went to the audition, the director became impatient with Sidney's thick Caribbean accent and limited reading skills.

"He came up on the stage, furious, and grabbed me by the scruff of my pants and my collar and marched me toward the door," Sidney told the Los Angeles Times. 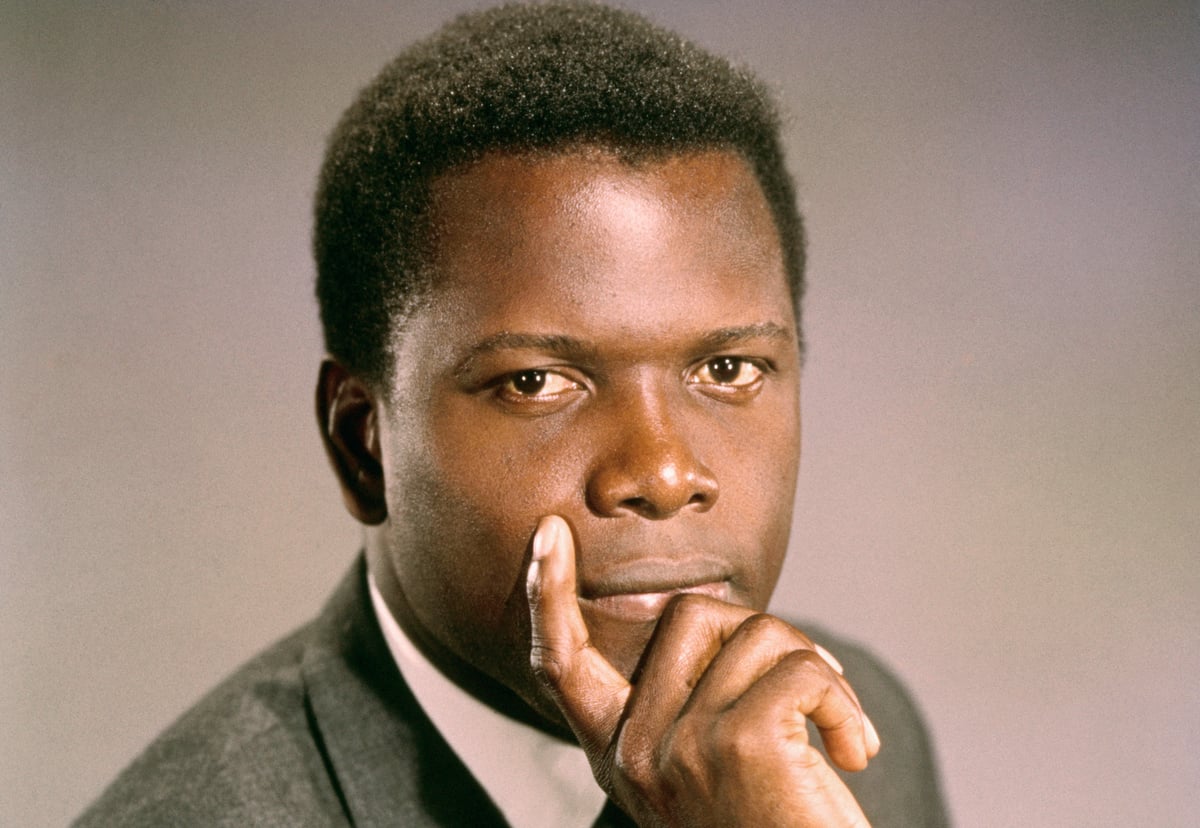 Image: Getty. So to improve his literacy skills, Sidney listened to radio broadcasts to mimic their American accents and learned to read.

"I must pay thanks to an elderly Jewish waiter who took time to help a young Black dishwasher learn to read," Sidney told the audience at the 2002 Oscars where he received a special honorary award. "I cannot tell you his name. I never knew it. But I read pretty good now."

Feeling more confident, Sidney returned to the American Negro Theatre in the early 1940s and was hired as a janitor in exchange for acting lessons.

Focusing on stage productions and films, Sidney was first offered a leading role in 1946, in Aristophanes' Ancient Greek comedy Lysistrata.

In 1950, Sidney's performance in the film No Way Out, sparked a pattern of the characters he began to play: Black men faced with racism. Other films Sidney starred in with similar themes include The Defiant Ones (1958) and Pressure Point (1962).

The Defiant Ones saw Sidney become the first Black man nominated for a lead actor Oscar, and he won a Bafta for the same film.

Additional trailblazing films included Guess Who's Coming to Dinner (1967) where he played a Black man with a white fiancée and In the Heat of the Night (1967) he played a Black police officer confronting racism during a murder investigation.

Five years later he was awarded an Oscar for Lilies of the Field (1963), the first Black winner of the Best Actor trophy.

It was a major moment in history. Only two decades earlier, Gone With The Wind Black actress Hattie McDaniel won a Best Supporting Actress Oscar for her role in the film, only to be segregated at the Academy Awards from the rest of the room's white actors: simple because of the colour of her skin.

Overall, Sidney acted in more than 50 films and directed nine. 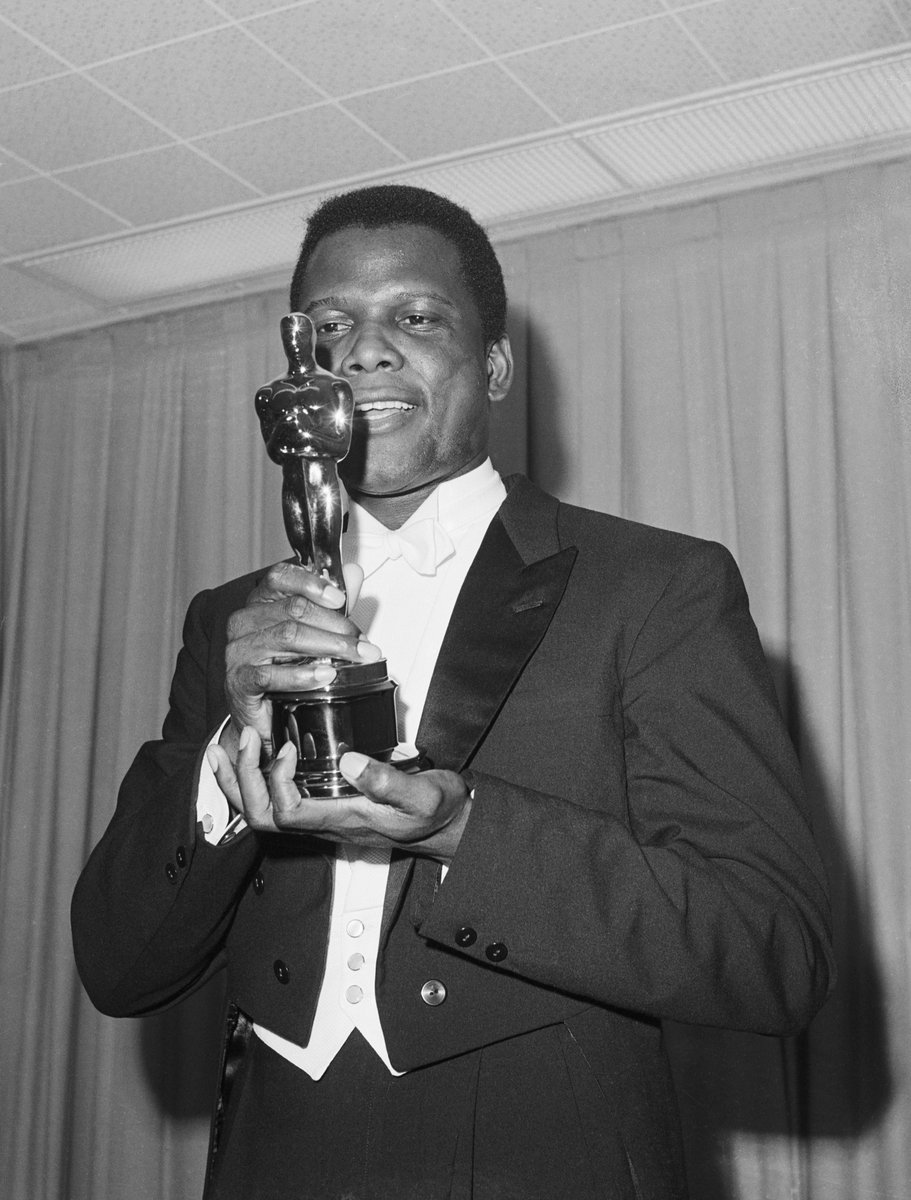 Even as Sidney's star rose during the decades of the '40s, '50s and '60s, being a Hollywood actor "did not shield him from the struggles a Black man in America had to face at the time" CNN notes.

"I had to think twice or three times about every step I took," Poitier said in an interview with The Observer.

"I was in a culture that denied me my very existence. And I had no forces behind me. When I walked the streets outside of 'The Neighbourhood' [Hollywood] which I was confined to, I had to be constantly on the alert. The America I am speaking of was a different place back then: the dominant culture did not care about my survival as a human being."

As Sidney said on Larry King Live, there was little Black representation in film. And what was shown were stereotypical, one-dimensional characters.

"When I set out to become an actor, I had set myself a standard. I knew what it was to be a Black man uncomfortable in a movie theatre watching what unfolded on the screen." 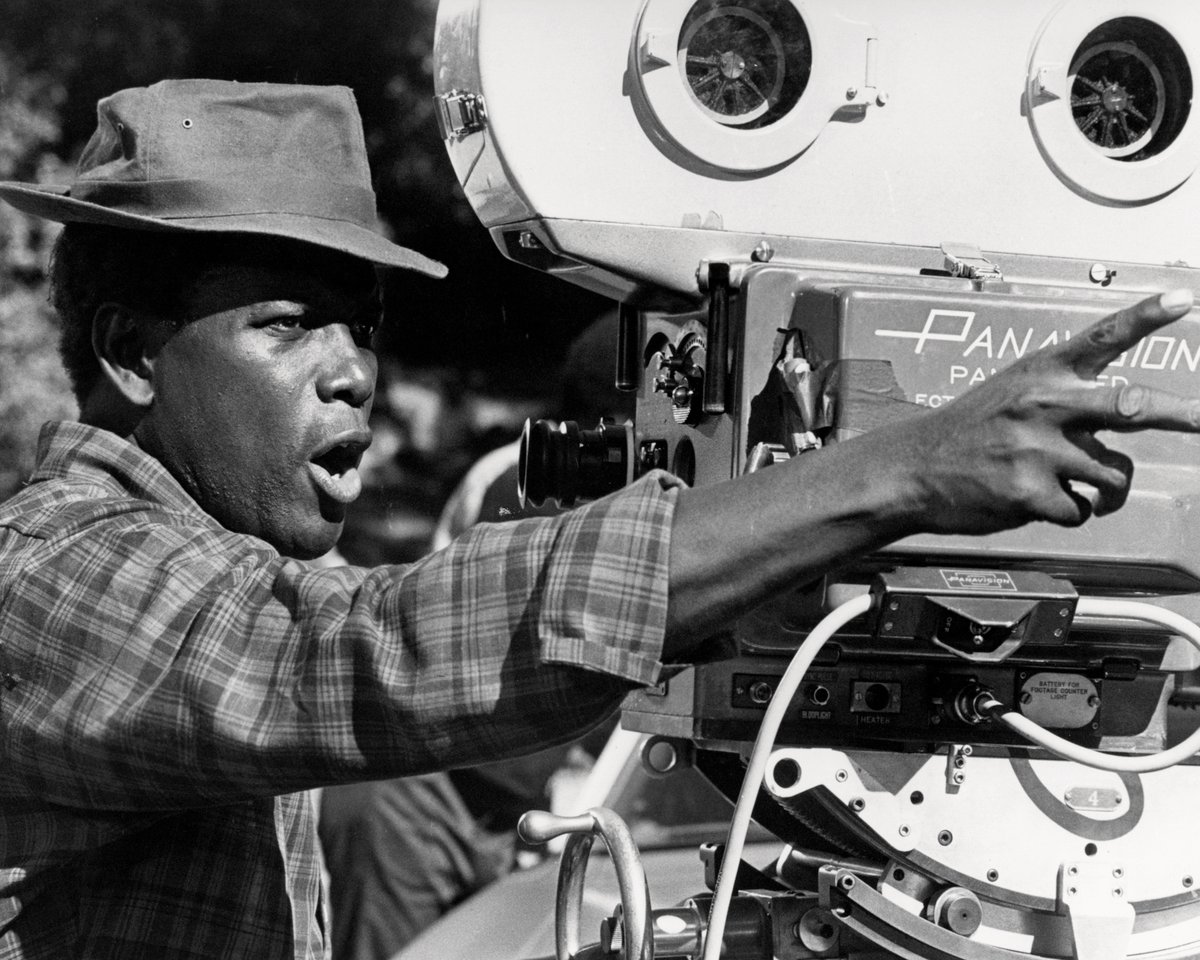 Sidney was also quite the activist, inspiring a generation during the civil rights movement.

"I was a pretty good actor and I believed in brotherhood. I hated racism and segregation. And I was a symbol against those things," he reflected.

Poitier became the first Black actor to receive a Lifetime Achievement Award from the American Film Institute in 1992.

Five years later, he was appointed the Bahamas' ambassador to Japan. He also received a knighthood in 1974, and in 2009 was awarded the highest US civilian honour, the Presidential Medal of Freedom, by then-President Barack Obama. 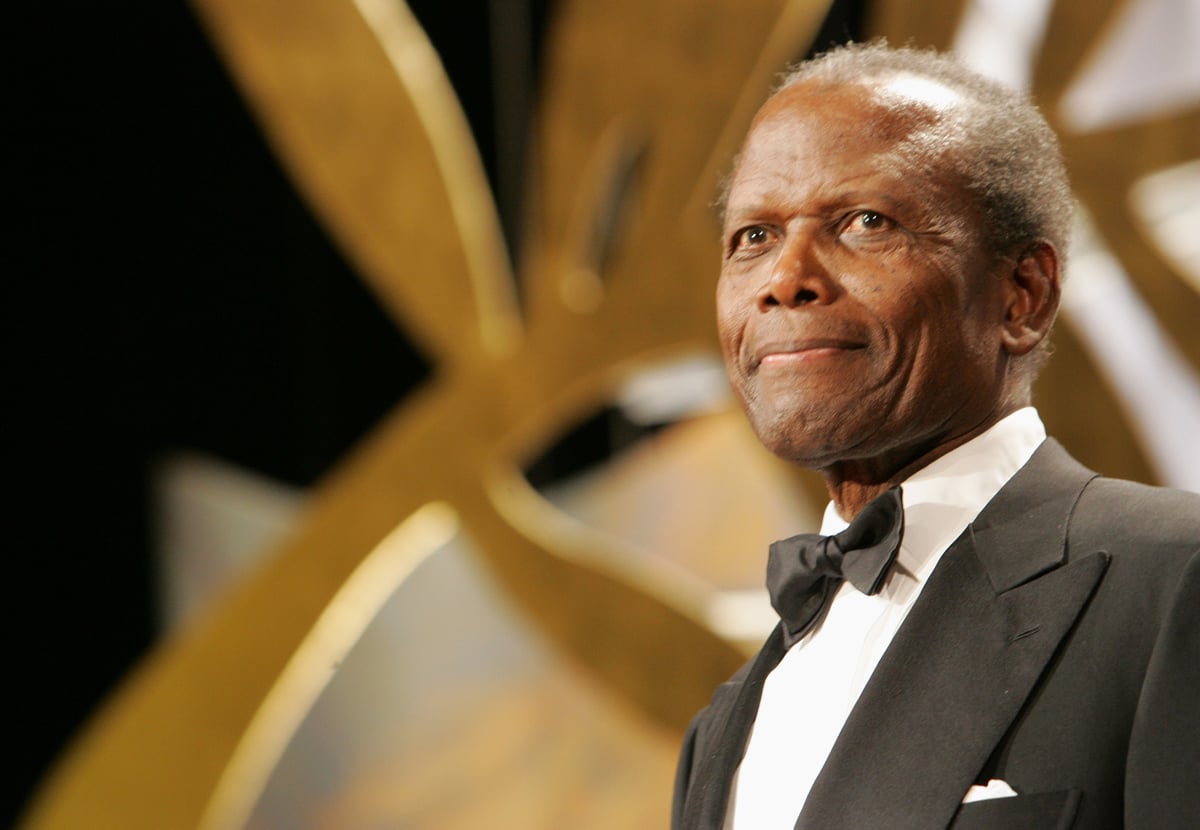 In 1950 to 1965, Sidney was married to his first wife Juanita Hardy, the former couple having four daughters.

Speaking about the joy of raising six daughters, Sidney said: "Where I've invested most in the future of this planet is through the lives of six talented and intelligent young women, truly beautiful human beings, whom I burst with pride to call my daughters." 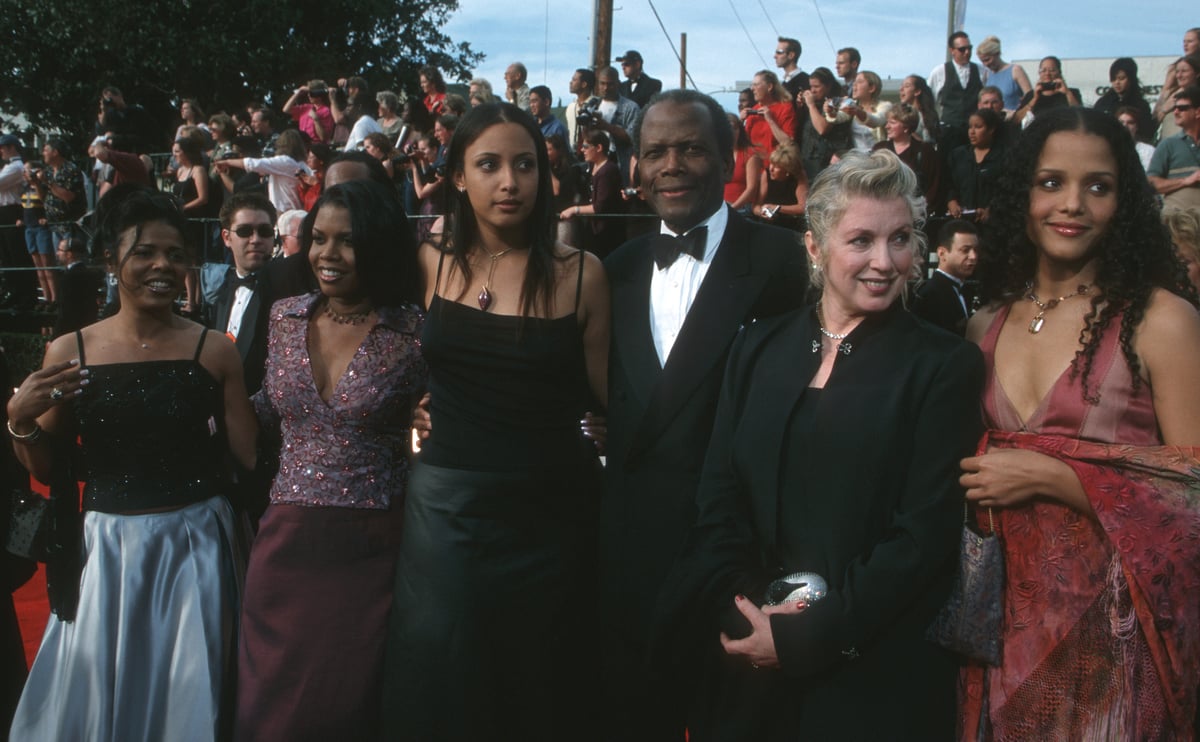 Sidney Poitier with his second wife and four of his daughters in 2000. Image: Getty. Speaking with PEOPLE in 2017, Sidney said his life's greatest achievement was his family.

"My wife and children mean the most to me. Joanna and I, we've been together 49 years and I'm a good cook. I cook every night for her."

Sharing a similar sentiment to Closer Weekly, he said: “There is one key ingredient my wife has helped me to recognise over the years, and that is the importance of articulating love for one another on a daily basis."

Joanna added in the same interview: "He is the most wonderful, generous, kind, honest man with the most integrity that I've ever known in my life." 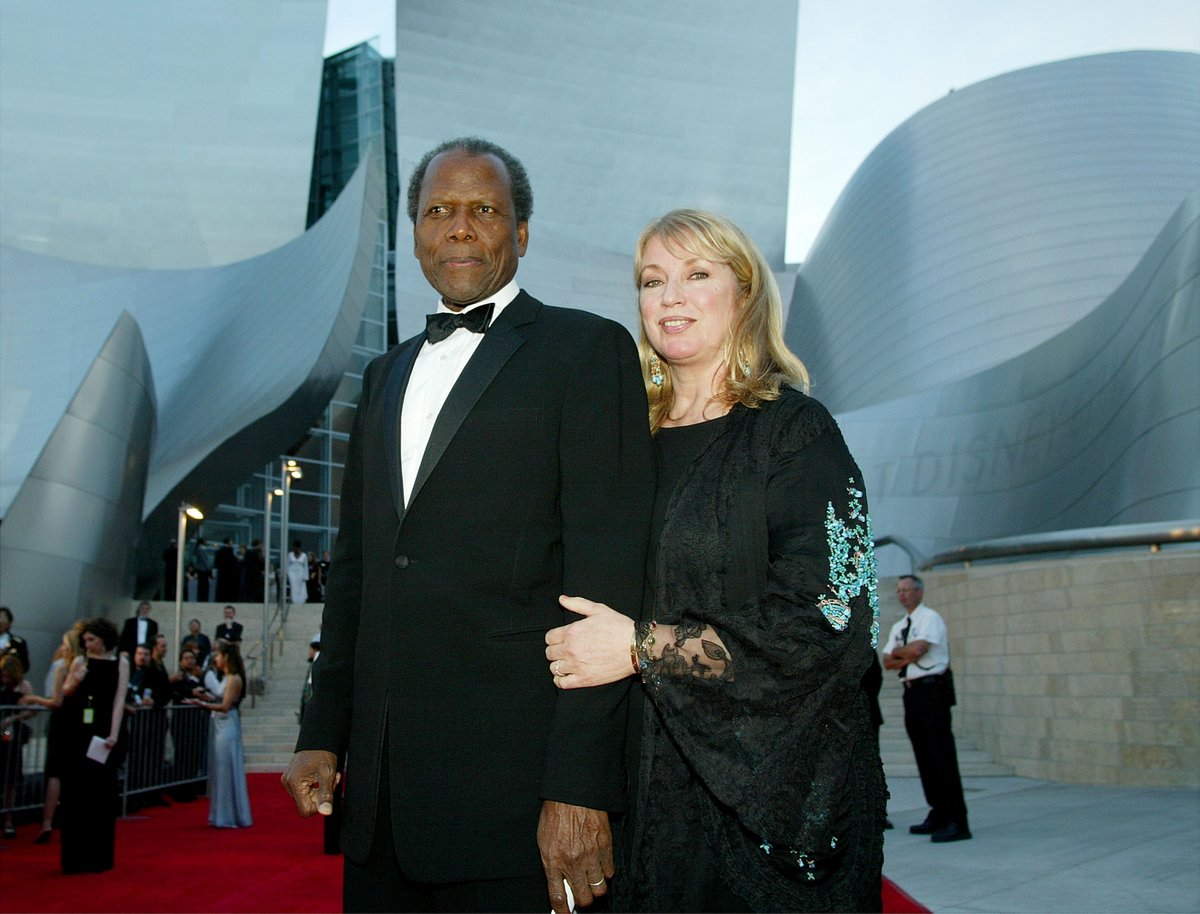 This week, tributes to Sidney have poured in from Hollywood and elsewhere following his death at the age of 94.

His family issued a statement saying: "There are no words to convey the deep sense of loss and sadness we are feeling right now. He is our guiding light who lit up our lives with infinite love and wonder. His legacy will live on in the world, continuing to inspire not only with his incredible body of work, but even more so with his humanity."

Fellow actor, Denzel Washington said in a statement: "It was a privilege to call Sidney Poitier my friend. He was a gentleman and opened doors for all of us that had been closed for years. God bless him and his family."

As Oprah also noted: "He represented possibility: his dignity, integrity, presence, grace, choice of characters and choosing roles that were going to reflect the best of what a Black person could be in the world."

Through his groundbreaking roles and singular talent, Sidney Poitier epitomized dignity and grace, revealing the power of movies to bring us closer together. He also opened doors for a generation of actors. Michelle and I send our love to his family and legion of fans. pic.twitter.com/zkYKFSxfKA

If you wanted the sky i would write across the sky in letters that would soar a thousand feet high..
To Sir… with Love
Sir Sidney Poitier R.I.P.
He showed us how to reach for the stars

Sidney was my inspiration, my guiding light, my friend. Sending love to Joanna and his family. pic.twitter.com/0UzVIyeJZV