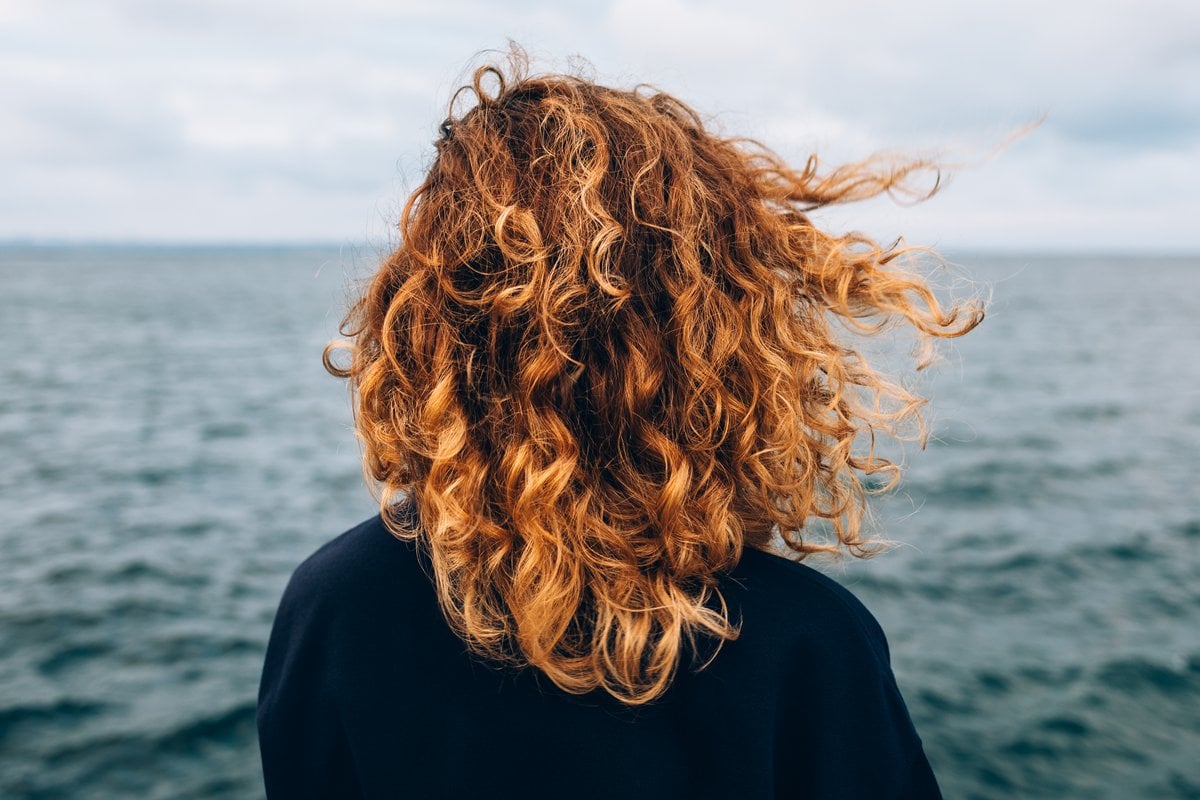 I don’t talk about my older sister much. It’s not because I’m ashamed — far from it — but mostly, I think, because I honestly don’t believe people would be interested or able to relate.

I’ve been weighing up whether or not to publicly talk about her. She wouldn’t understand the concept of blogging (or media in general — she regularly, earnestly, asks why she can’t marry all of One Direction) and wouldn’t be able to respond to anything I write.

But this week I read a wonderful article by actor Rory Kinnear about his sister Karina who recently sadly died of COVID-19, and came to realise that there isn’t enough content out there about having a family member with a complex learning disability.

Particularly not about people who also have mental illness — after all, studies suggest the rate of mental health problems in people with a learning disability is double that of the general population.

When you have a family member with a learning disability who suffers from mental health issues, you just assume no-one else is going through it. So, I thought I’d share this (perhaps too) honest depiction of how I feel, in the hope, it’ll help others who may be going through the same thing.

Watch: Vanessa Cranfield on parenting a child with a disability. Post continues below.

My older sister — my one and only sibling, who shall remain nameless — is 40 years old and has incredible round-the-clock care at her home. She loves going to the cinema and chomping loudly on popcorn; boy bands; and shamelessly flirting with waiters — asking them boldly, in front of the whole room: "I can’t have you, can I?".

None of us really understand how she came to have brain damage, but we know it was something to do with the lack of oxygen at birth caused by a difficult delivery. They never found the hospital notes, so we’ll never know the ins and outs.

And if we did, would it change anything? Probably not.

Her learning disability was well hidden when she was little, disguised behind big grins and a fierce sense of adventure. So much so that my parents didn’t really notice she had a learning disability until she got a little older, and it was clear she was struggling with speech, coordination and responding to simple directions from the teacher.

But even then, she was just an older sister to me — we’d argue, dob each other in (I remember telling mum that she’d stuck two fingers up at me, and her vehemently denying she even knew that was a ‘bad sign’), and she’d regularly come and pick me up from neighbours’ houses to make sure I got home safely.

But it was when puberty hit that it all went downhill, with signs of schizophrenia, psychosis and manic depression. Not being able to express herself or comprehend what was going on, she must have been terrified. And we were terrified too; going in and out of various hospital units, trying to work out what on earth was going on.

I spent most evenings after school at her hospital bedside, and the sounds of her screaming when we left her there to go home at the end of the day still echo in my mind, and for years haunted me in the middle of the night.

And so started over 25 years of drug experimentation by doctors who knew (and still know) so little about mental illness — turning her into, what felt like, a lab rat — differing diagnoses and the gradual loss of the big sister I once knew. She would yo-yo between mania and extreme fatigue, with tiny windows of calm and child-like sweetness in between.

Only a few years ago, thanks to therapy, I came to realise that I’ve been mourning the sister I once had.

My new sister is no longer an older sister, but instead a little sister who needs constant care, attention and reassurance. It’s probably a bit like living with someone going through Alzheimer’s and seeing flickers of their ‘old self’, creating a constant cycle of grieving where you find and lose someone over and over — sometimes on the same day.

The saddest thing is that she knows that she’s different. She knows I have a job, a boyfriend, a car (mainly to be able to drive her around — but that’s no consolation to her), and she doesn’t understand why she can’t have all those things too. We all compare ourselves to the success of our siblings, so imagine having such a large contrast in the opportunities that are presented to you.

I have extreme survivor’s guilt — I feel like, by pure chance, I got to be the one who got to have a normal life. And I’ve said out loud a few times that if I could swap places with her, I would.

My mum tells me thinking that way doesn’t help anyone — least of all my sister — but we don’t always experience constructive thoughts, do we? And I suppose this gives me a sort of control over my thoughts, and reduces the survivor’s guilt a little bit — knowing I’d be ready to step in at any time.

Dare I say it, feeling like a survivor can have its benefits. When you have a close shave in life, you don’t want to waste opportunities. The surreal experiences that having a sister like mine brings also deliver some comedy gold, like when she was given too many laxatives in hospital and mum and I spent 20 minutes hosing her down in the shower while all three of us laughed hysterically and sent the nurse off for multiple new pairs of paper trousers.

It was like a scene from Some Mothers Do ‘Ave ’Em, and we walked away with love in our hearts and smiles on our faces. Literally a ‘sh*t’ day turned good. These extraordinary experiences give you the patience of a bomb disposal expert — and a propensity to roll your eyes at seemingly frivolous and petty problems others tend to moan about. But finding silver linings only adds to my guilt, naturally.

I’d, of course, be lying if I said my life has been just one big warm comedy sitcom. I have some incredibly bleak and distressing memories associated with my sister being carted off to various hospitals, and one particular low point when she got sectioned and left on a hospital ward to dress and clean herself because no one was allowed into her room to help.

I’ll never forget the sight of her emerging from her room with shampoo caked into her hair because she’d attempted to wash herself.

This one image seemed to sum up her vulnerability in a single second. She’s so incapable of looking after herself, I often feel overwhelmed by the prospect of one day being her only close relative and being entirely responsible for someone so fragile. What if I don’t make the right choices? I have no idea how my parents do it.

Don’t get me wrong, she’s funny, warm and — as we always say — has the memory of an elephant, always asking after people she met years and years ago. She has a contagious laugh, beautiful big blue eyes and loves having her hair brushed. But she’s battling extreme mental illness, and it’s not cute, cuddly or sweet — it’s scary. I feel bad for feeling that way, but I think it’s in defence of her. She’s her own person, not a commodity, and we have to keep fighting for her. Her life has immense value and she has a place on this earth, but her illness isn’t fated.

And I’m angry. I don’t know what I’m angry about and I don’t know where to direct that anger… but it’s there. I try and stay positive, but this is something that constantly hangs over me — a situation I can’t control, help or change. And I’m frustrated by it. I sometimes feel like I should be behaving like the lead Erin Brockovich-type character in a movie; travelling half-way across the world to the home of a revered — yet maverick — psychologist (played by Dustin Hoffman, of course) and demanding help. But the truth is, no-one out there knows the answer, and even if they did, why would they help me?

And lastly, the thing that guilts me the most is that I’m still — and always will be — her little sister. I giggle in a mischievous way when I hear about embarrassing things she’s done (like when she approached several young families in a restaurant to let them each know it was her time of the month, or when we went to a carol concert and she shouted ‘Thank God’ when the conductor announced they’d reached the final song — my pleasure was palpable).

So I get frustrated when people praise me (with their heads cocked to the side) for being such a ‘supportive sister,’ because the truth is that I get embarrassed when she chomps the popcorn loudly in cinemas, I laugh inappropriately when she’s earnestly asking about marrying One Direction and I’m mortified when she chats up waiters. I’m not Florence Nightingale, I’m just her little sister, and I’m damn frightened.

I’m only now starting to learn, in my mid-thirties, that it’s OK to be frustrated, angry and imperfect when someone you care about has such complex needs. Most people won’t have anywhere near the same bizarre experiences as someone in this position, and there’s no rule book for how to cope with it. You can still love them to pieces and be a strong support, while recognising that your situation is hard. One does not counteract the other. I don’t believe that anyone is ‘blessed’, none of this is fated, and all I ever needed was someone to tell me it’s not shameful to feel this way.

This article is dedicated to my sister’s care team, God knows where she (or we) would be without them. They’re patient, incredibly caring and take every day in their stride. I have so much respect for them — and can’t believe our luck that they exist.

This post originally appeared on  Medium and has been republished here with full permission.

J
jules75 a year ago

Reply
Upvote
Thank you for sharing your story. Does anyone have any suggestions on what we could say that would be more helpful?
C
cat a year ago

Reply
Upvote
@jules75 why do we need to say anything? People only say these sorts of things when they’re trying to make themselves feel better and gloss over something uncomfortable rather than listening. Let’s just ask people how they feel instead of telling them how they should.
M
mamamia-user-478010404 a year ago

Reply
Upvote
1 upvotes
Thank you for this article, and all the best to the writer. I’m a Mum of two young adults - my eldest, a son with the world at his feet; and my daughter who lives with significant developmental delays and intellectual impairment. Thank you for sharing your feelings as a sibling - you have beautifully articulated the frustrations, fears and overwhelming love that I see in my son. I shall hug them both a little tighter tonight. And God bless the amazing carers in the world who help families like mine survive and thrive - you are all angels on Earth xx
News
General
Opinion
True Crime
Politics
Sport
Explainer
Entertainment
Celebrity
Reality TV
Movies
TV
Books
Rogue
Royal
Lifestyle
Beauty
Fashion
Weddings
Home
Wellness
Health
Fitness
Travel
Food
Parents
Before The Bump
Pregnancy
Baby
Kids
Teens
School
Parent Opinion
Work & Money
Money
Finance
Career
Lady Startup
Relationships
Sex
Dating
Separation
Friendship
Family
Real Life
Couples