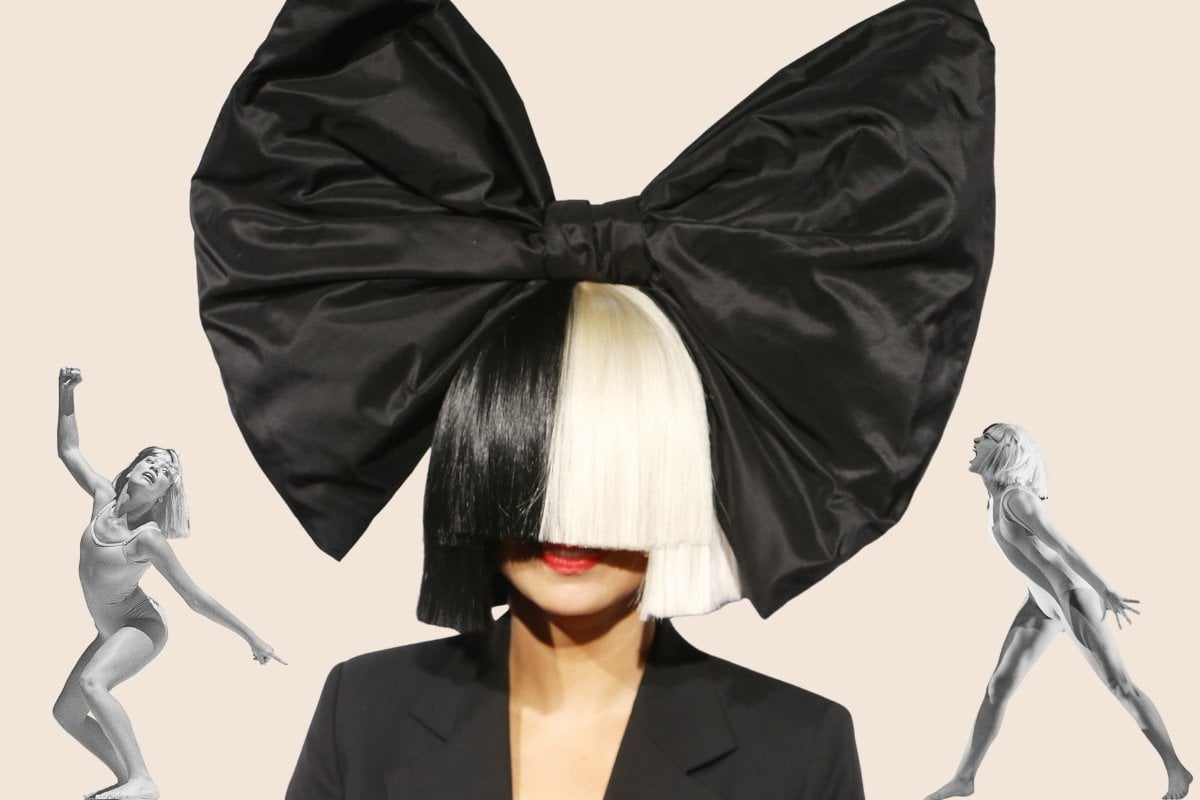 Warning: The following deals with addiction and suicidal ideation.

Singer Sia Furler has a fraught relationship with attention.

She's hidden from it, rejected it entirely, and pushed against it with alcohol and drugs. But still it clings to her, a moody bedfellow to her once-in-a-generation talent.

With the release of her moviemaking debut just months away, attention has come knocking again. Just not in the way she hoped.

Produced, directed and co-written by the Australian, Music is a story about a newly sober drug dealer (played by Kate Hudson) who finds herself the sole guardian of her sister (Maddie Ziegler), a teenager who lives with additional needs.

The film is not due for its limited IMAX release until February 2021. But following the release of the trailer this week, criticism has mounted over the casting of Ziegler, an 18-year-old dancer who achieved world-wide fame through her performances in Sia's music videos.

Advocates have reached out to Sia via social media to express disappointment that the role wasn't given to a neuro-diverse actor. The 45-year-old has responded to many defending the decision and pointing to her "three years of research" and the inclusion of 13 cast members who are on the spectrum.

I agree. I’ve never referred to music as disabled. Special abilities is what I’ve always said, and casting someone at her level of functioning was cruel, not kind, so I made the executive decision that we would do our best to lovingly represent the community.

It seems the relationship is being tested. Yet again.

Sia Furler is an Adelaide woman. It's where she was raised by her musician father and art lecturer mother, and it's where she first entered the music scene as the singer in an acid jazz group.

But it was pop that brought her to the world.

After years of songwriting and backup singing (including for Jamiroquai) and as a member of UK electro-soul group Zero 7, she secured her own international record deal in 2001.

The album that followed, Healing is Difficult, told of her heartbreak and addiction following the death of her ex-boyfriend, an Australian waiter named Dan Pontifex who was killed in a London road accident in 1997.

Sia later told The Sunday Times that she grieved the death by sinking into an intoxicated haze with his friends: "We were all devastated, so we got shit-faced on drugs and Special Brew. Unfortunately, that bender lasted six years for me." 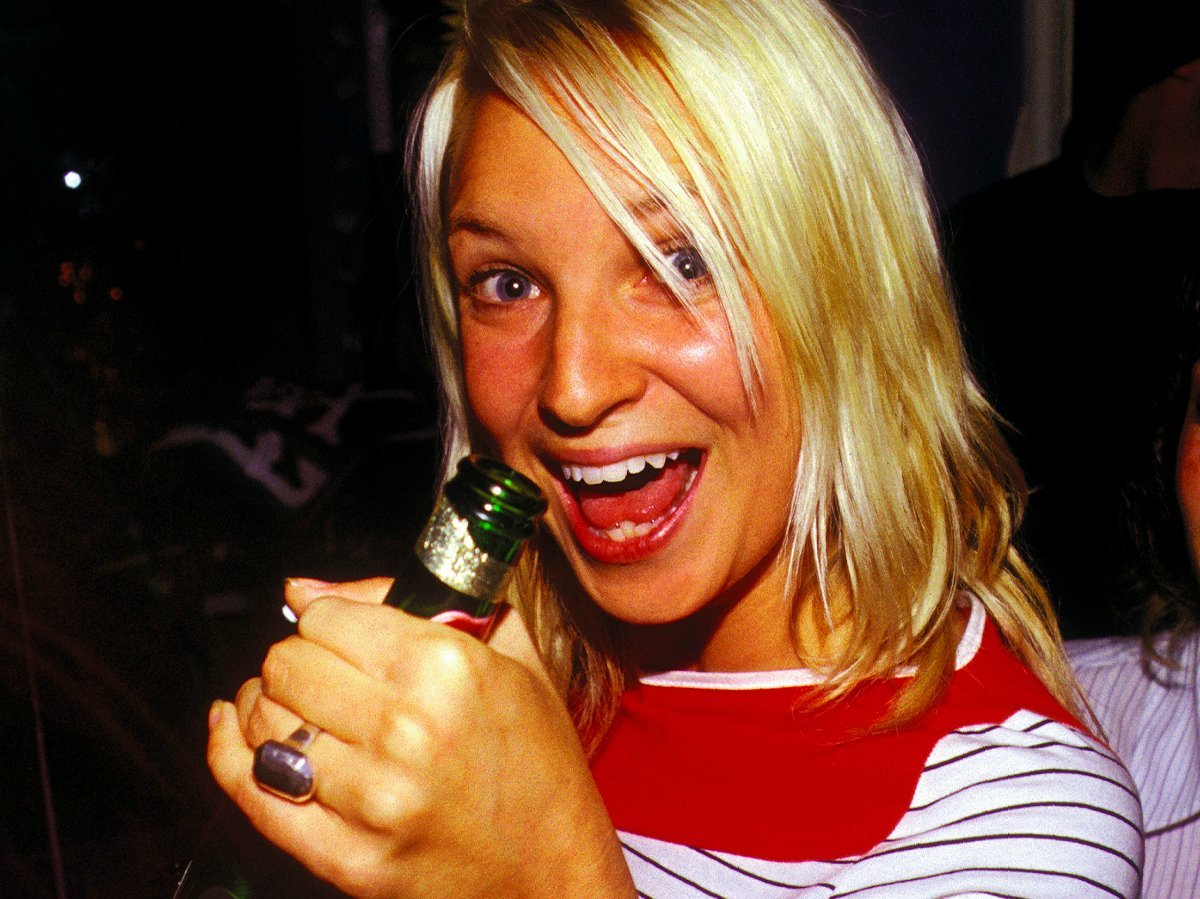 Though her fame had built in Australia, Sia's US breakthrough didn't come until 2005 when her song 'Breathe Me' was featured in the final episode of popular TV drama, Six Feet Under. Americans purchased 1.2 million copies of that single.

But the fame rattled her.

"I just wanted to have a private life," she told The New York Times. "Once, as my friend was telling me they had cancer, someone came up and asked, in the middle of the conversation, if they could take a photograph with me. You get me? That’s enough, right?"

Her dependence on alcohol and drugs — prescription and illicit — deepened, and her refusal to participate in the promotional side of the business nearly crippled her career.

In September 2010, the year of her ARIA-award winning album We Are Born, her addiction and depression overwhelmed her. Alone and far from home in a US hotel, she penned a suicide note.

A fateful phone call from a friend stopped her going any further. She enrolled in a rehabilitation program the next day.

Listen: For more pop-culture deep diving, catch the latest episode of The Spill. Post continues below.

In the years that followed, Sia sheltered from the world in plain sight.

She wrote for the likes of Rhianna ('Diamonds'), Beyoncé ('Pretty Hurts') and Kylie Minogue ('Kiss Me Once'), who carried her music up the charts while she hid and healed.

When Sia returned to the spotlight with 1000 Forms of Fear  — the album that brought us 'Chandelier', which has been streamed more than one billion (BILLION!) times on Spotify — she did so without showing her face.

Not in media, not on her album cover, not in her music videos. Instead, she sang with her back turned or masked herself with long-fringed wigs and comically large hats; piquing ironical intrigue.

Speaking to actor Kristen Wiig for Interview magazine in 2015, she said, "People say, 'Enough of this shit where she doesn’t show her face,' and 'It’s a gimmick.' For sure. I’m trying to do this differently, for serenity.

"I’m trying to have some control over my image. And I’m allowed to maintain some modicum of privacy. But also I would like not to be picked apart or for people to observe when I put on ten pounds or take off ten pounds or I have a hair extension out of place or my fake tan is botched. Most people don’t have to be under that pressure, and I’d like to be one of them."

It worked. There were Grammy nominations, sold-out shows, a Coachella performance considered one of the best ever, viral television performances (her 2016 appearance on The Late, Late Show's Carpool Karaoke segment has more than 136 million views on YouTube).

But in the midst of it all, she experienced the breakdown of her two-year marriage to documentary filmmaker Erik Anders Lang, whom she dated for just two weeks before they got engaged in 2014.

In a recent interview with InStyle, she revealed they'd tried to have children together. 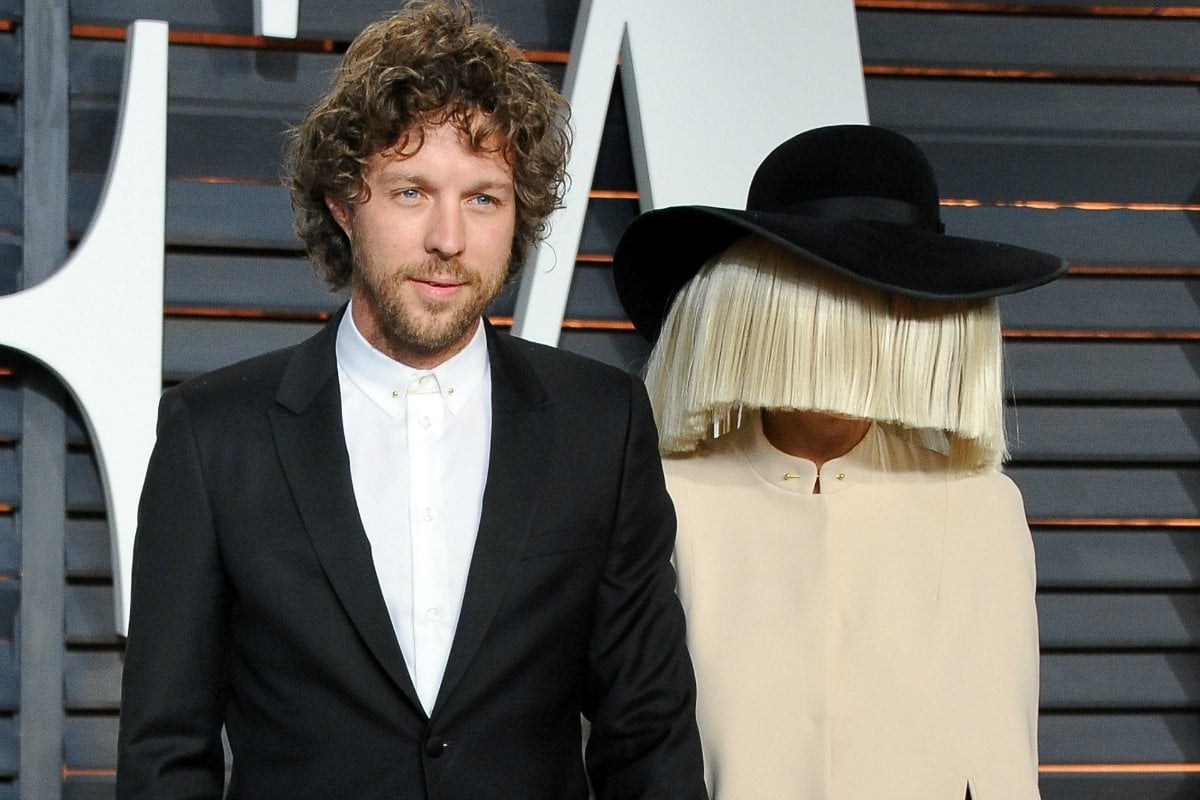 Sia with her then-husband at the 2015 Vanity Fair Oscars party. Image: Getty.

"We did a lot of IVF, but I still had unexplained infertility. Eventually, we did get embryos, but then we also got a divorce, so I wasn’t able to use them. It was all very painful, and by the end of that relationship, I had suffered so much that it took lots of profound therapy for me to realise that I needed to take care of my own inner baby for a while," she said.

"So I took some time away. I spent three or four years basically in bed by myself, recovering from the trauma of my marriage."

Getting back on the dating scene, the anonymity once again worked in Sia's favour. In a 2018 interview with Rolling Stone, the singer, who describes her sexuality as "flexible", said she'd dabbled in dating apps using a fake name but real, wig-free photographs.

"When a potential date asks what she does for a living, she’ll say she’s a writer. Eventually, she might say, 'I’m actually also a pop star called Sia,'" the article read.

Since, Sia has built a family through adoption. In 2019, she brought into her life two 18-year-old boys who were ageing out of the foster care system.

Speaking to InStyle, she said she'd seen one of her boys in a documentary about foster care when he was 16, and was struck with the feeling: "That's my son." Two years later, he and his friend from his group home moved into her Los Angeles home.

"The truth is becoming a mum has changed me in every way," she said.

"I’ve learned what it means to unconditionally love another person. But the most important thing I’ve learned is that just because my sons didn’t come out of me 19 years ago doesn’t mean they’re not my children. I’ve already started thinking about adopting more kids. And I’ve realised that this is exactly the way that motherhood was supposed to happen for me."

In a recent interview with The Sunday Project, Sia explained how motherhood has been "both painful and rewarding".

"One's doing better than the other, and it's hard," Sia said when asked about her sons.

"It's been both painful and rewarding. All I can say really is that I just have to keep reminding them that I'll be here, I'm never going anywhere and I love them."

"I think it's just scary to have someone say 'I'll love you forever' when you've been in 28 different homes your entire life," she added.

These days, Sia occasionally shows her face at events and on social media, particularly in aid of causes including animal rights and Black Lives Matter.

Then, attention means something. Then, she has the power.

If you think you may be experiencing depression or another mental health problem, please contact your general practitioner. If you're based in Australia, 24-hour support is available through Lifeline on 13 11 14 and beyondblue: 1300 22 4636.

If drugs or alcohol are harming you or someone you know, support is available via the Alcohol Drug Information Service (ADIS). Call 1800 250 015 to speak to a trained counsellor.

Reply
Upvote
2 upvotes
‘Maybe you’re just a bad actor’ is just a cruel, unprofessional response. How idiotic, you can’t show you respect neurodiverse people and are genuinely interested in portraying their experience by hurling insults at them on the internet.
G
guest2 a year ago

Reply
Upvote
1 upvotes
@cat I can understand why Sia made those comments.   None of those complaining wanted to hear what she had to say and any attempt on her part to explain her choices was met with more criticism.   People are only shocked that Sia put up a rather spirited defence of her decisions, rather than donning the cloak of a penitent begging forgiveness for her sins.
R
redballoon a year ago

Reply
Upvote
@cat She was arguably rude to one person on the internet. That doesn't translate to disrespecting 'neurodiverse people'.
C
cat a year ago

Reply
Upvote
@redballoon it really does, when that neurodiverse person is politely trying to express their concerns and the only reason she was rude was because of those concerns.
C
cat a year ago

Reply
Upvote
@guest2 no, I just think she should have the common sense to be professional in her replies or to say nothing at all. Her social media is part of her professional profile and she should have behaved accordingly, just like I expect a police officer in uniform to act professionally. But it’s her brand, if she wants to tank it I guess she can.
G
guest2 a year ago