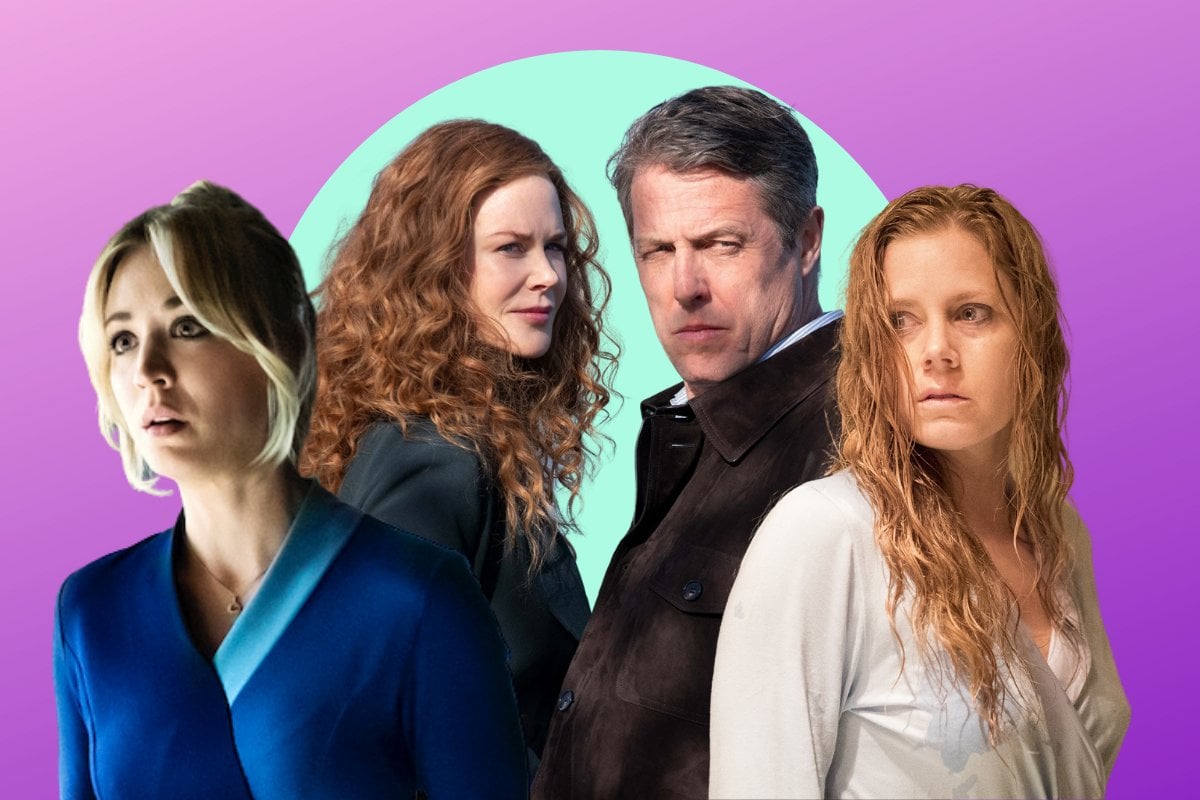 When Mare of Easttown premiered on Binge seven weeks ago, a lot of people quickly wrote it off as just another dead girl murder mystery.

But it quickly became the most talked about TV series of 2021.

There's several reasons Mare of Easttown has been such a standout hit. First of all, the star power. The cast includes a greasy pony-tailed Kate Winslet as Detective Mare Sheehan, a strangely attractive drunken slurring Evan Peters as her partner Detective Colin Zabel, and Guy Pearce as her mysterious silver fox love interest.

Then there's the loveable and relatable family dynamics. Mare's mum Helen (Jean Smart) is living with her to help her take care of her grandson, but she's also going to Mare's ex husband's engagement party next door.

But most of all, we kept coming back each week because the mystery was so good. There were so many potential dirtbags in Easttown who could have been the killer. And so many twists and turns along the way. 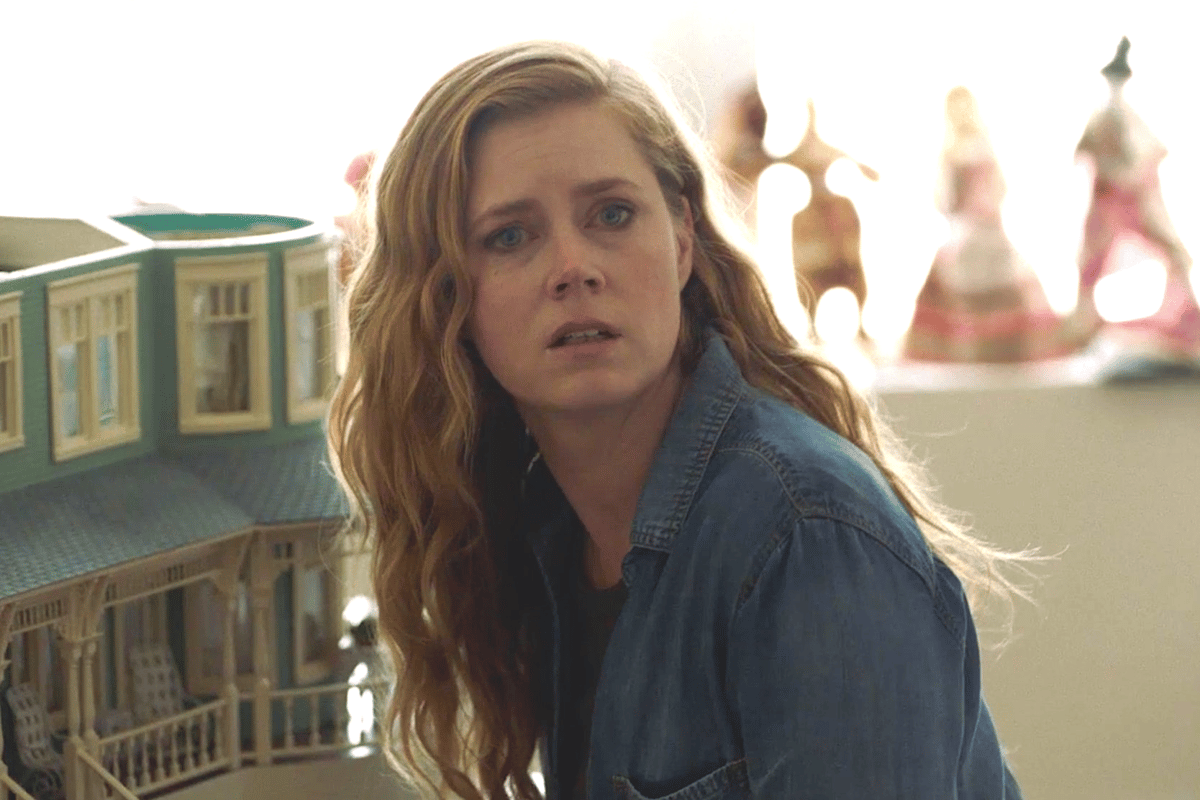 Amy Adams is the queen of the drunk, unreliable female protagonist. Image: Binge.

Amy Adams is the queen of the drunk, unreliable female protagonists. You can read my review of her new Netflix movie here.

Based on the bestselling book by Gillian Flynn, Sharp Objects follows the story of Camille Preaker (Adams) who returns to her hometown of Wind Gap to investigate the disappearance of two local girls.

During her time in Wind Gap, Camille's forced to face her own murky past and the mysterious death of her younger sister, who died when they were just teenagers.

Like Mare of Easttown, Sharp Objects will keep you guessing right up until the final scene.

Sharp Objects is streaming on Binge and Foxtel Now. 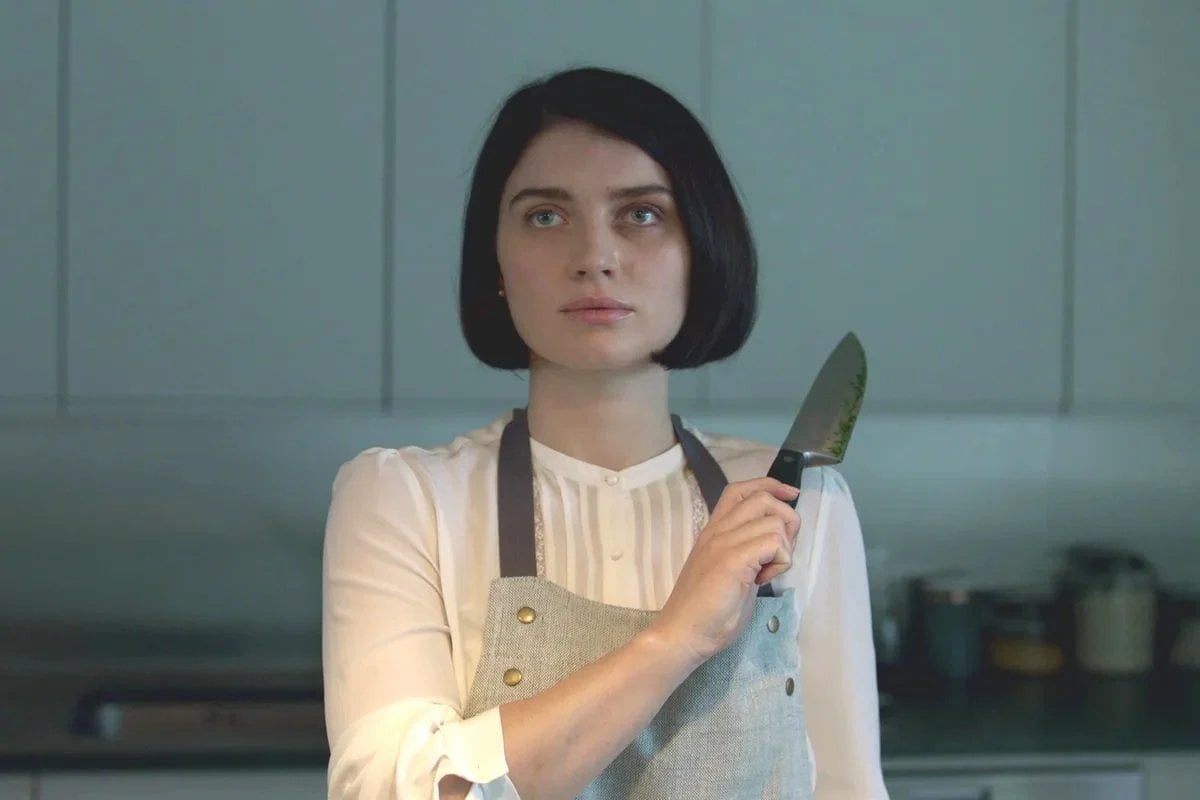 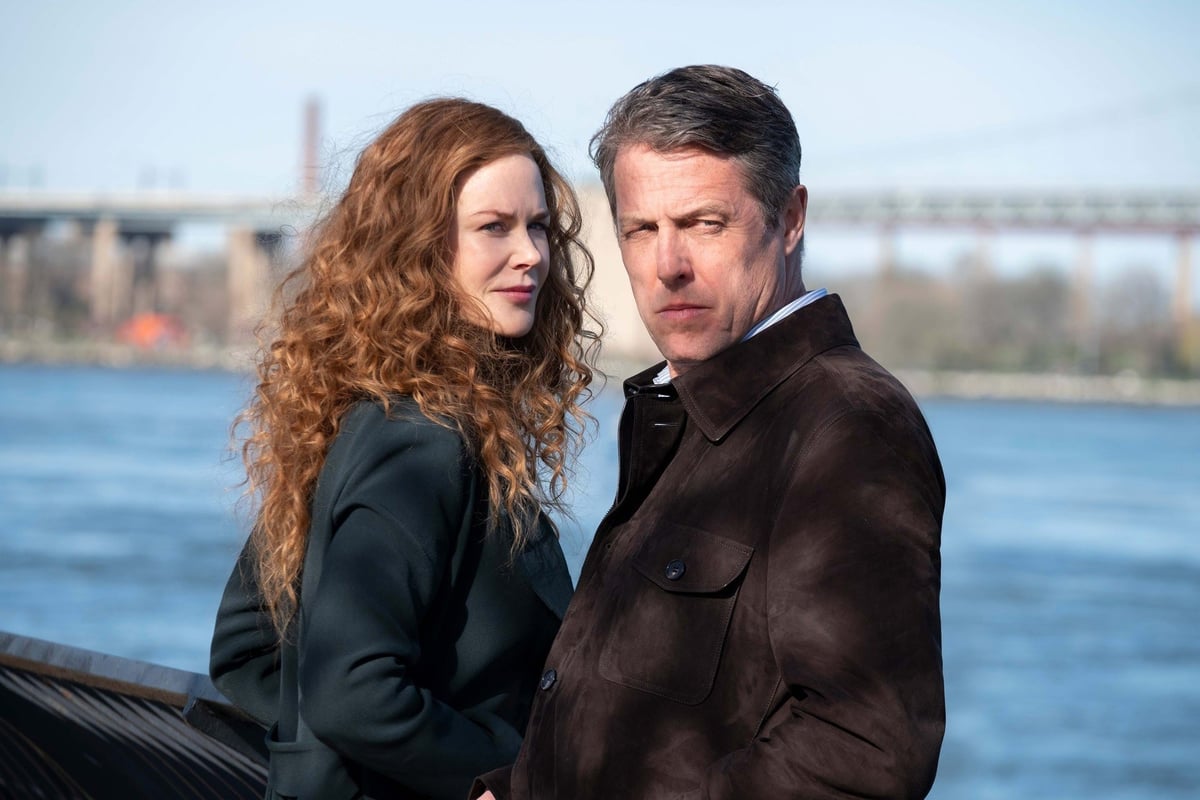 The Undoing is less about the murder mystery and more about Nicole Kidman walking through New York City in a series of glorious coats and Hugh Grant being a naughty, naughty silver fox.

Based on the 2014 novel You Should Have Known by Jean Hanff Korelitz, the six-part series tells a tale of wealth, privilege and deceit.

Grace (Kidman) and Jonathan Fraser (Grant), who are both at the top of their fields and well-respected in the Manhattan social scene, appear to have the perfect life together.

But when the new mum at the school gate turns up dead, the Frasers' perfect life begins to unravel.

The series premiered on Foxtel and Binge last year, and while it won't keep you guessing like Mare of Easttown, it's bloody entertaining.

Plus, who wouldn't like to spend their Sunday watching rich people do terrible things to each other?

The Undoing is streaming on Binge, and you can read my full review here. 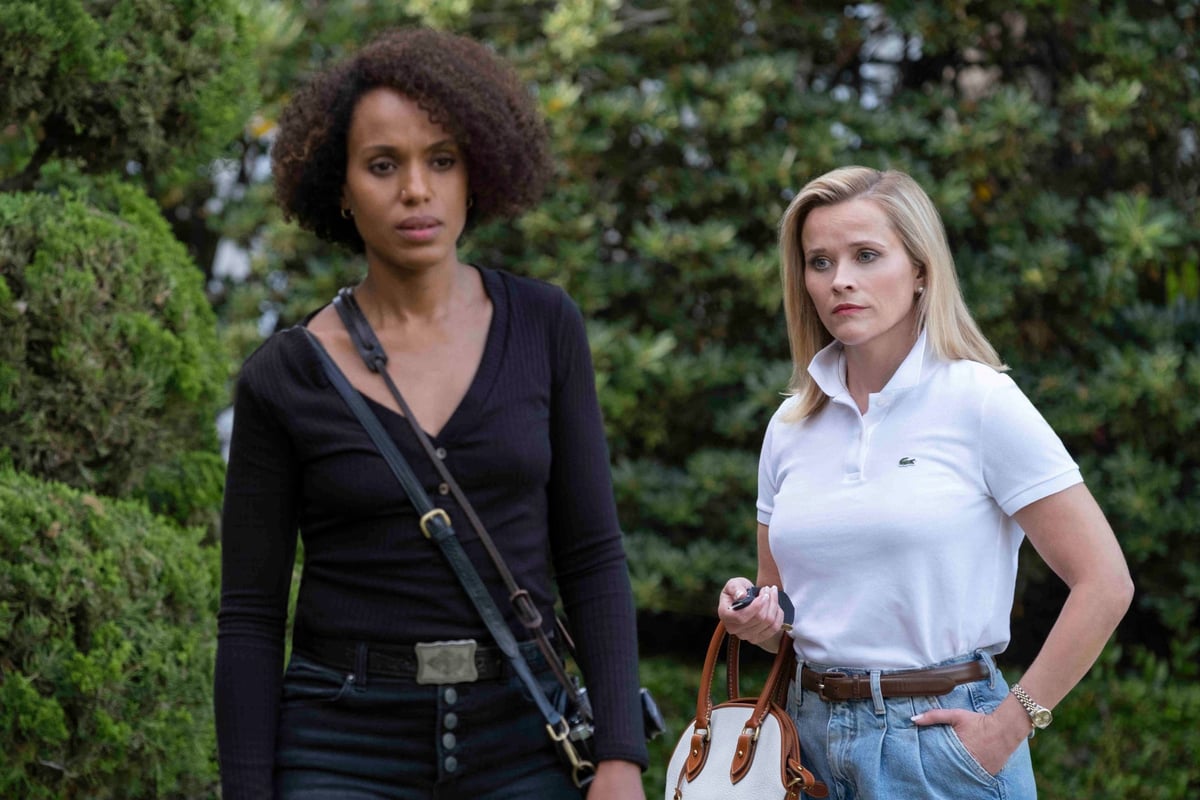 Speaking of rich people, Reese Witherspoon is at her most privileged and villainous in Amazon Prime Video's Little Fires Everywhere.

The series is based on Celeste Ng's 2017 bestselling novel of the same name and it's one of the series that has come out of Witherspoon's production company, Hello Sunshine.

Little Fires Everywhere focuses on the simmering tension between single mother and artist Mia Warren (the brilliant Kerry Washington) and her landlord Elena Richardson (a very judge-y Witherspoon in a polo shirt), after Warren and her daughter move into the exclusive suburb of Shaker Heights, Ohio.

The series is a clever study of what happens when people from two vastly different worlds collide. 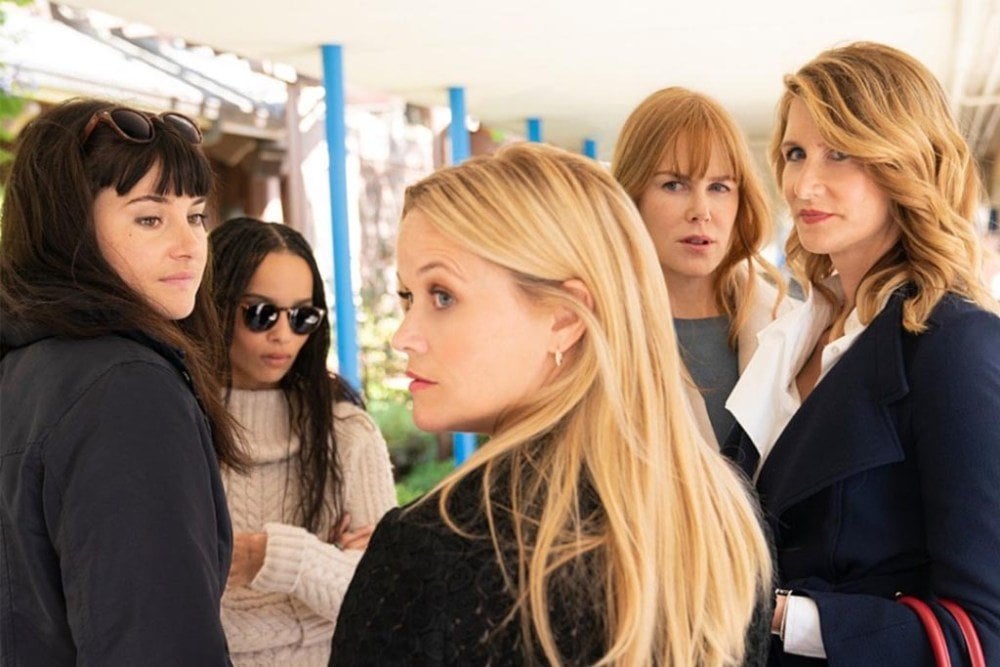 More rich people doing terrible things to each other! What would Mare think?

Big Little Lies is based on another bestselling book, this time by Australian author Liane Moriarty.

The TV version is set in the bougie suburb of Monterey, California, where the mums spend a lot of time gossiping at the school gates.

Their picture-perfect lives are shattered when a murder takes place at the school fundraising trivia night and everyone is suddenly a suspect.

The first season is brilliant. Season two is unnecessary but I'll watch anything with Meryl Streep in it.

Big Little Lies is streaming on Binge and Foxtel. 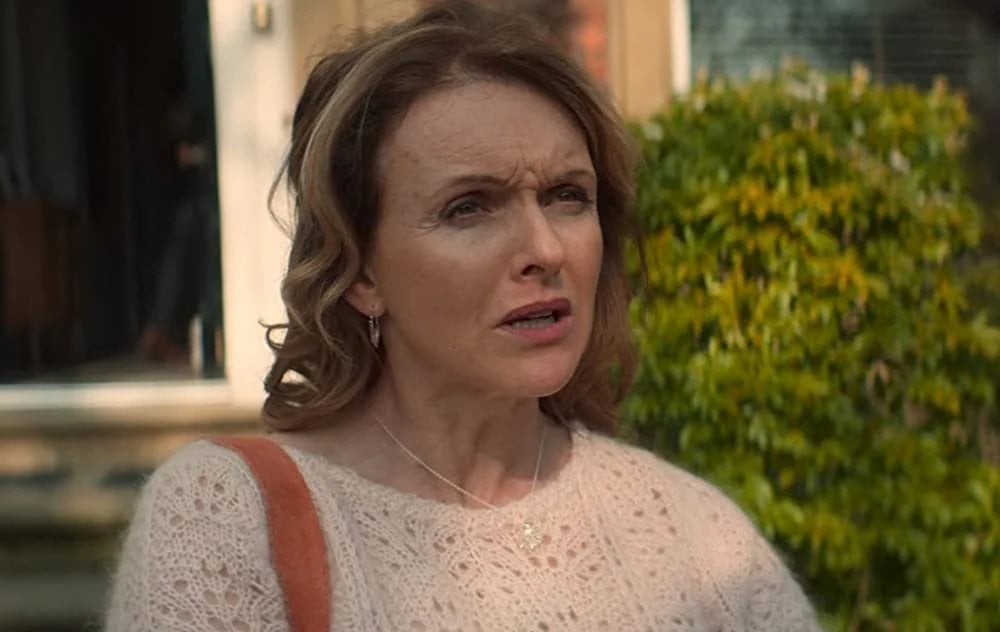 It's a lovely family drama with a spot of murder and a truckload of secrets. 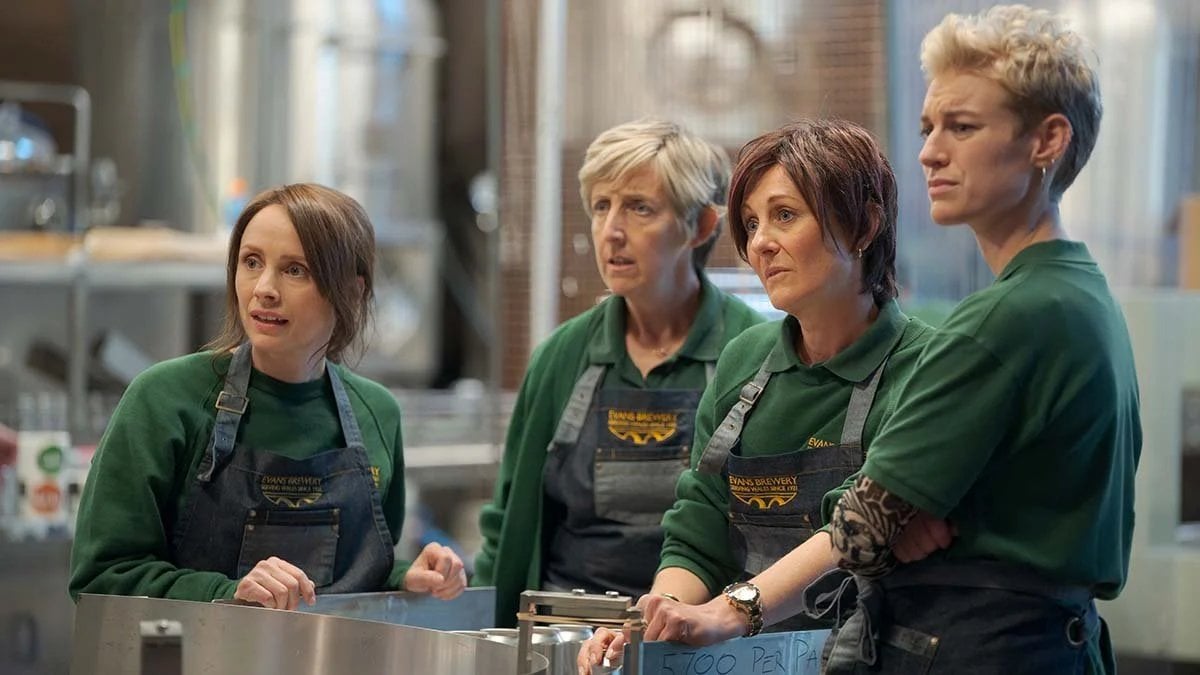 You can watch the first two episodes of The Pact on Stan now. 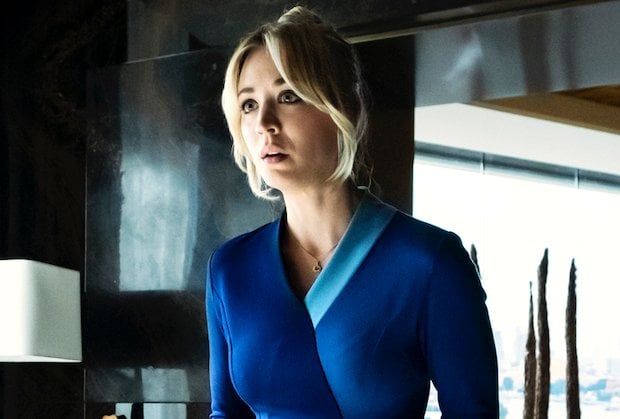 The Flight Attendant stars Cuoco as a flight attendant named Cassandra who loves the sesh and also has amazing hair.

When she wakes up in a hotel room with a dead man beside her and no memory of what happened, she has to retrace her steps to discover what really went down and who the dodgy people are who are trying to take her out.

Full of twists and turns, The Flight Attendant is such a fun watch.

The Flight Attendant is streaming on Binge and Foxtel. 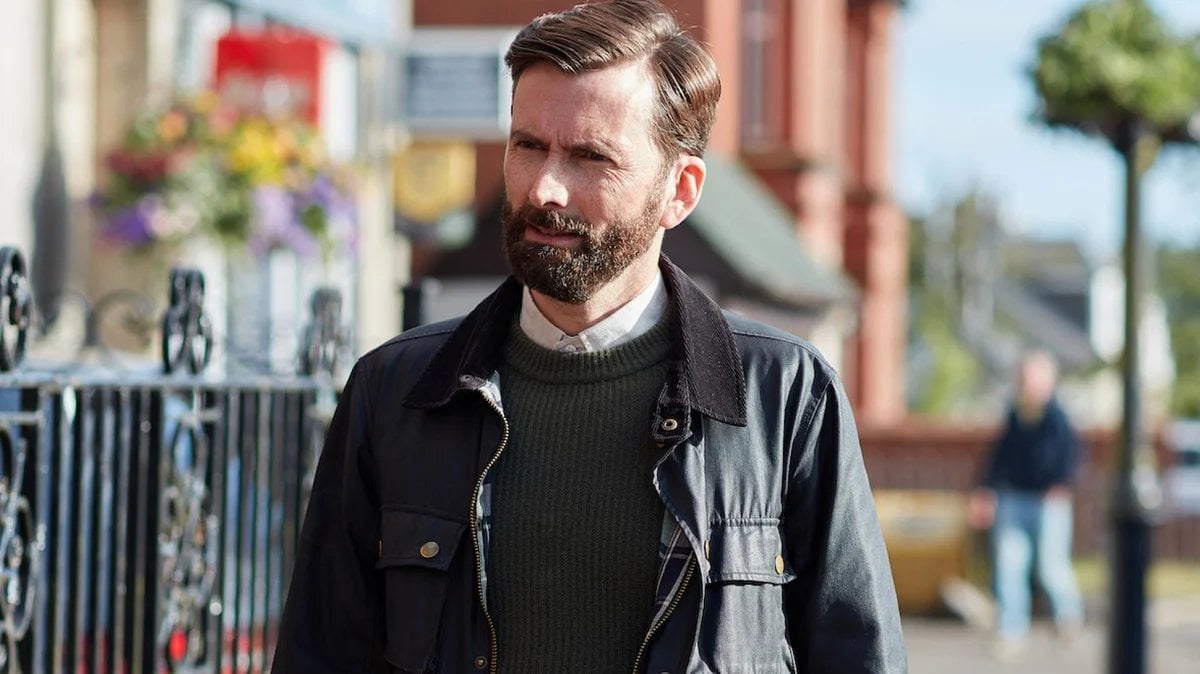 Broadchurch's rather tall and handsome David Tennant is back with another dark and twisted murder mystery in the four-part British miniseries, Deadwater Fell.

The series is set in a remote Scottish village, and stars Tennant as the local GP, Dr Tom Kendrick.

When Tom's wife and three children are killed in a house fire - in which he is the only survivor - he is immediately put under suspicion.

You can watch Deadwater Fell on SBS on Demand or Binge.

The Sinner (Season one and three) 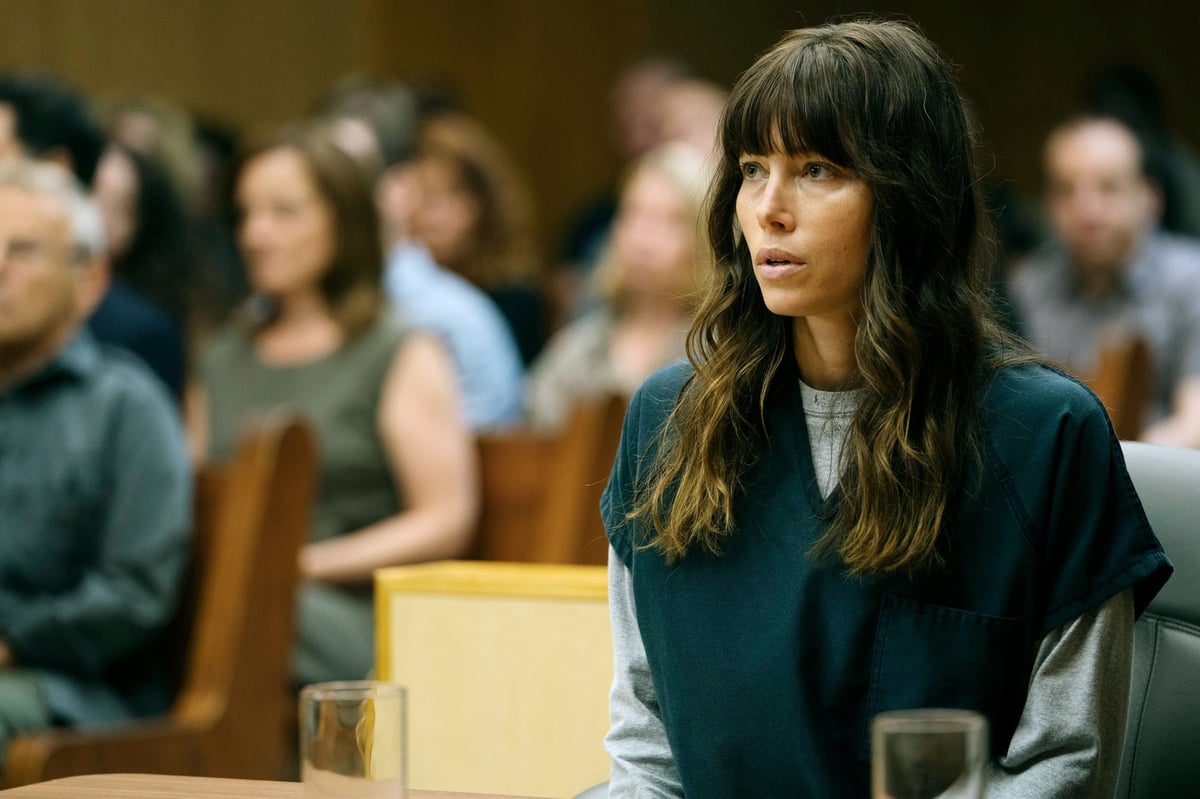 When the first season of The Sinner dropped on Netflix in 2017, it was all people (me) could talk about for weeks.

It's more of a why-dunnit than a who-dunnit and it stars Jessica Biel as Cora Tannetti, a young mum who kills a man on the beach and has no idea why.

With the help of Detective Harry Ambrose (Bill Pullman), Cora unravels the mystery of her past to find the motive behind her brutal act.

Season two was a bit of a snore-fest, but season three is also worth a watch. It stars Matt Bomer as a man who is involved in a fatal car crash and has no memory of the night.

Seasons one to three of The Sinner are streaming on Netflix now.