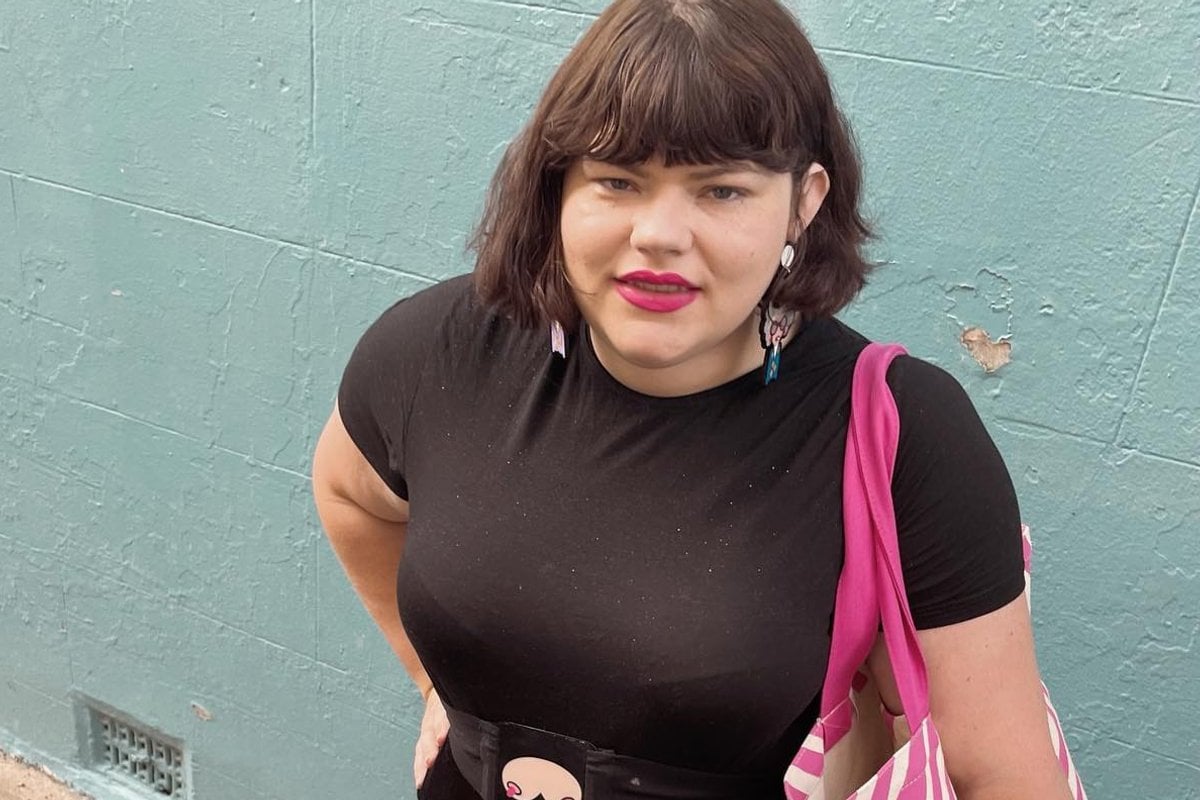 When I was in the depths of the dating trenches, I always felt like ghosting got a bad rap.

Yes, it wasn't the perfect way to handle a situation, but it was time-efficient, and a girl boss like myself only has so many hours in the day - I have people's Instagrams I went to high school with to look at and online carts to fill up and not checkout.

Ghosting saved me from getting abused via text.

I didn't want to explain I didn't see a future with someone who believed stolen street signs were bedroom wall decor.

Of course, then I got ghosted, and it really changed how I felt about it.

Ghosting is when instead of giving someone an explanation as to why you would no longer like to keep dating them, you just disappear - you become a ghost.

It was simply easier, like buying your morning coffee instead of making it.

Before you judge me, please try to remember it's pretty wild out there in the modern dating world. It's not like men are behaving like Mr Darcy in Pride And prejudice; instead, they act like the male leads in Euphoria but with credit cards and worse personal style.

I wasn't always a ghoster. But I had a few experiences after I'd sent what I believed was a kind and thoughtful text to explain I didn't want to pursue a romantic relationship further. I thought they were kind, thoughtful explanations, but my recipients obviously did not.

I’d text something along the lines of, "Hey, you are utterly wonderful, but I just think long-term this wouldn't be right for me. So I won't be selfish and keep you to myself! Best of luck with everything." And that would often be met with, "you aren't that hot anyway," or "you're too fat to be my girlfriend".

I just couldn't be bothered. Explaining to a man why I wasn't interested opened me up to potential abuse, and as far as I was concerned, there was no right way to tell a man he wasn't someone you wanted to buy an overpriced terrace with.

So I just became a ghost - my ghosting ethics were pretty simple. It had to be less than three dates for me to feel comfortable ghosting, and the message stream between us had to feel dry. I wasn't sending memes one day and disappearing the next.

But if we were stuck in the endless cycle of "How was your day?" Followed by, "So busy, need a wine wbu?" Followed by "Same, so tired!" Then I was pretty happy to call it a day and simply just stop responding.

After a day or so, I'd just block the number and move on with my life. I felt completely justified in my habit of ghosting, and I didn't really stop to feel too bad about it. Surely no one was really getting hurt? Wasn't I just saving us both from an awkward back and forth? Then, of course, I was ghosted.

Listen to Mamamia's podcast on dating, The Undone. Post continues below.

I had been seeing a guy for a few dates, and it had been going really, really well.

You know, constant texts filled with banter, a shared sense of humour and conversations indicating the future, "My mates planning a 30th in Byron Bay. You should come!" It was happening, and I was buzzing and spending more time checking my phone than my cool girl pride would like me to admit.

I'd even referred to him by his real name to my mates. Usually, when discussing my dating life, men had nicknames, "the recently divorced guy" or "the guy that has never eaten cereal before". But he had graduated from just some 'guy' and was firmly in the "could potentially be the love of my life" camp - and then he ghosted me.

The thing about being ghosted that is so heartbreaking is the in-between stage.

You know, when you're wondering if he is just busy? Am I just being clingy? Should I text him again? Is he in a coma?

That stage, for me, lasted an entire week. I'd daydream scenarios where he didn't have access to his phone.

Maybe he'd smashed his iPhone and lost all his contacts, and one day soon, I'd find a note under my apartment door explaining the whole thing. It would be the kind of cute and crazy story we'd tell at our wedding, and I'd say, "I thought he ghosted me," and then he'd kiss my temple and say, "never", and our friends would be equally amused and disgusted by our sickening love.

It took me about two weeks to face the fact that he had ghosted me. I felt sad, humiliated, and forgotten. It sucked, and it made me realise how it must feel to the men I'd been ghosting.

Of course, from my perspective, I had never been as cruel to the men I had ghosted because I never went radio silent on guys if I felt there was a genuine connection.

I'd just disappeared from the lives of men if everything just felt a little bit too awkward.

Perhaps the guy that ghosted me felt the same way? Or maybe he just changed his mind about me, or perhaps he was seeing someone else, and that got more serious, or maybe he really is in a coma? I'll never know because he still has yet to reply to my last message.

"I am eagerly awaiting your response to this text so I can confirm a) You haven't ghosted me and b) You are very keen to try the best kebabs in Sydney with me on Friday - think extra sauce, high-quality meat and absolutely no seating or ambience."

I was going for cute and playful.

When I reread that message now, I feel a mix of embarrassment and sadness. So after tasting my own medicine, I became a better person.

Well, perhaps not a better person but one with more manners. No matter how many dates or how awkward things are, I now always send them the 'this isn't for me' text.

Admittedly, sometimes I also block them before they can respond because I sense they may not take well to the rejection. But, I make sure they know where we stand and understand I have stopped replying to their messages because I've already said my goodbyes before I hit block - that’s called growth!

Dating today is fraught with pitfalls. It's complicated, and the rules are no longer clear. But no one needs to be treated with disregard or disdain.

While I often don't feel I owe men anything, particularly those spectacularly bad dates that we have all experienced, it is also important to treat people like you'd like to be treated.

That in-between week of madly checking your phone and praying you haven't been ghosted just really, really sucks! So instead I’ve found a nice middle - I’ll always send the text but I don’t owe a man anymore time or stress then that.

Reply
Upvote
I actually do not think you need to give a lengthy explanation as to why you don’t want to see someone. A ‘I really don’t think this is for me’ is fine, and blocking is totally acceptable. Who wants to go through all the abuse when someone’s ego is bruised. I can assure you if they have said they are not interested, they have deleted and/or blocked your number.
N
nyetek 3 months ago

Reply
Upvote
1 upvotes
With all due respect I don’t think you’ve learned much at all if you block people you’ve dated just bc you are not interested and fear they might not take it well. Treat others like how you would want to be treated indeed. I’m sure you would have felt terrible if the guy who ghosted you blocked you instead. Ugh.
C
cat 3 months ago

Reply
Upvote
@nyetek whats wrong with blocking someone after telling them you're not interested? She's clearly communicated that she wont be seeing them again, she doesnt owe them anything after that.
L
lisa.trudi 3 months ago