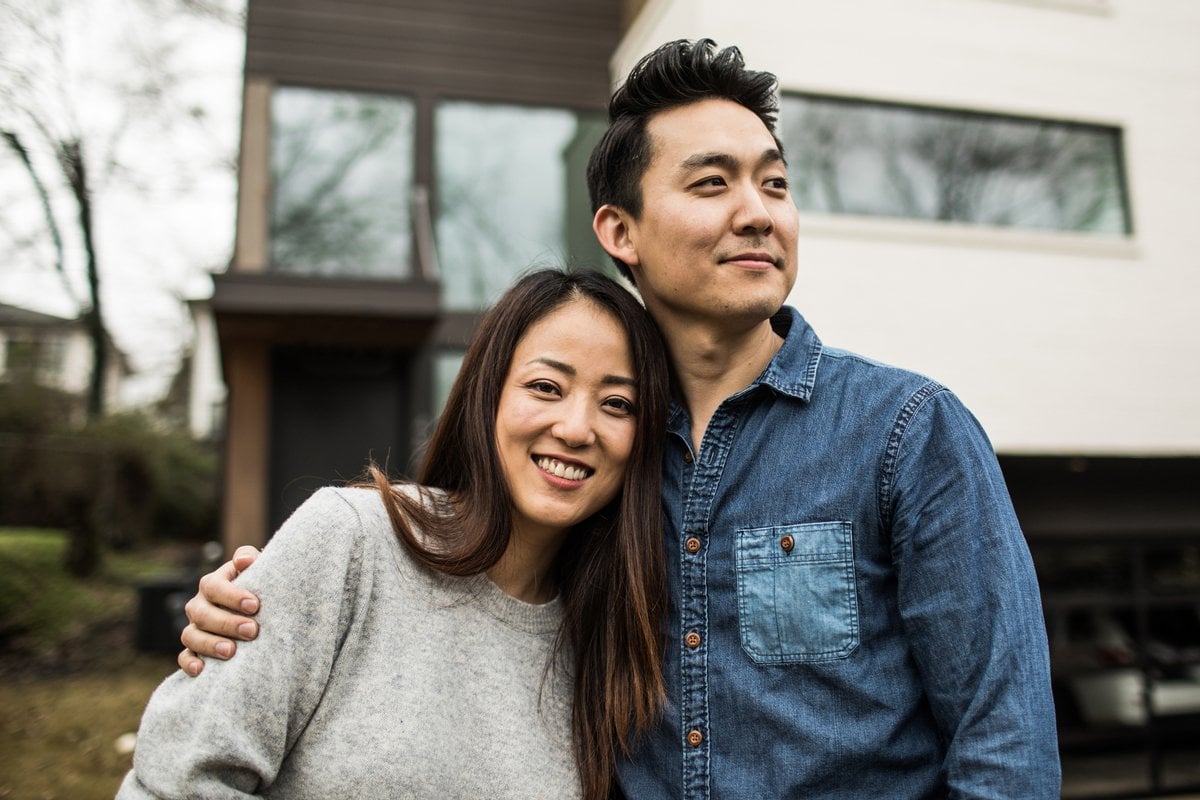 I have loved someone who made my life a living hell — and I stayed and fought for him, for us, for our family — even when it was clear to everyone that we shouldn’t be together. I was blinded by the love I felt and the love he promised me.

I stayed when it hurt so much I was barely able to walk straight. I stayed when it was already impossible. I begged him to stay, and I forgave every time he wronged me. I wanted it to work — torn between reality and my dreams. I thought if I loved him enough it would solve everything.

I only walked away when I was a wreck. And looking back, I know it was long overdue. I should have left at the first moment of wondering if I deserve better. I did. But I didn’t believe it. I didn’t want to believe it.

A dilemma is when you have to choose between two things without knowing which one is going to hurt you less.

It’s the impossible choice that you have to make because not choosing is already a choice in itself.

One of the biggest dilemmas in life is when to fight for something and when to walk away.

When to act or when to do nothing. When to wait and when to make a move.

There are several moments in a relationship when we need to decide whether we stay and fight for the other, for the love, for the future that we imagined for ourselves, or to walk away, let it go and find our dreams some place else, cutting our losses, grieving our future.

In a relationship, when it comes to problems, the first step is to identify them and to try to work them out.

But there can come a time when we already feel that something is way off and we don’t know whether it’s worth trying further or we should let it go. The most difficult decision is to know when it’s over. When the fight is futile and there is nothing else to do. Here are five telltale signs that suggest that you should walk away if you face a dilemma of staying or going.

You will have arguments, misunderstandings, disappointments. But when a relationship is still functional, fighting makes sense.

In the best relationships, you fight the odds, and you fight for each other. And it works out. Fights end, compromises are made, lessons are learnt.

When you start to have separate fights — either against one another, or being left alone to fight your own battles without the support of the other.

When you realise that your fights are not making anything better, when there is no resolution afterwards, when you are both left hurt and in pain — that’s when you need to ask yourself whether it is reversible.

But when you only fight each other, or when you don’t understand anymore the battles of the other, it’s a sign that you might need to move on.

In my tumultuous relationship with my ex, it was first an us-against-the-world situation, where we were fighting the odds of making it work.

But when we got rid of all the external obstacles, it became clear that his need for constant drama and attention made me the enemy.

We stopped fighting for each other; we ended up continuously fighting each other.

Anything I did, or he did was a source of conflict, and we couldn’t see to see the same side of the story anymore.

We spent so much time figuring out who was right; we didn’t have any energy to keep fighting for the love we wanted to maintain.

There is continuous deliberate hurt.

A relationship can be a turmoil of emotions and egos — some more tumultuous than others.

In the beginning, we do everything we can to not hurt our loved one, it still happens to the best of us that we overstep our boundaries, that we say or do something hurtful out of ignorance or pettiness.

We can misinterpret our partner’s action, that we hurt them or they hurt us — unintentionally.

Then it happens that out of spite, out of anger or frustration we deliberately try to hurt our partner.

It’s not right, but it happens and it is usually very eye-opening to see someone who is supposed to love us hurting us, or to realise that despite our best intentions we can be petty and vindictive.

People who love each other don’t intentionally hurt each other — it goes against the very concept of love and care.

If you catch yourself becoming vindictive and intentionally hurtful or if you notice that your partner deliberately causes you pain, you need to consider whether this is the kind of relationship you need.

My ex had narcissistic tendencies, and the whole relationship was about winning — for him.

He could only keep his superiority by putting me down and he never shied away from hurting me deliberately to keep his position of power.

Verbal putdowns were followed by downright abuse with no sincere apologies or a willingness to change. I had to choose between my mental and physical wellbeing and our love — there wasn’t a good choice, and to survive, I had to choose me.

You don’t recognise yourself anymore.

In a good relationship, you want to become a better person for the other; you want to grow with them; you want them to challenge you and bring the best out of you.

The problem is when you lose yourself in the meantime. Change doesn’t happen overnight and you usually have time to adjust your personality so that it doesn’t raise red flags.

But if all of a sudden you don’t recognise yourself, your attitude and temperament changes, you stop caring about things you used to care of and you can directly attribute it to the other’s effect, it might be a dangerous revelation.

Not every change is bad, but if you can’t recognise yourself anymore — and you don’t like the person you became next to them, it’s a sign that you might need to walk away when it comes to a decision.

Early in our relationship, I was happy to adapt to his personality; I became more outgoing, more open, and I was bouncing with love. I had incredible energy — fuelled by the love we had.

But with time, I changed for the worse. I was walking on eggshells; I walked away from conversations; I kept to myself to avoid drama and pain. I got isolated from the world and from my previous self. I lost my sense of humour and I was always on the defensive. I couldn’t recognise myself anymore. I felt I was nothing without him, but in reality, I was a no one next to him too.

The negatives of the relationship outweigh the positives.

We are emotional creatures and despite what we think, we make our choices 95 per cent based on our emotions, adding rational reasons to them only afterwards.

It is quite common that we have a list of pros and cons when it comes to staying with someone with whom we feel there is something terribly wrong.

The backward logic of pros and cons is that we think that it is possible to list the positives and negatives in an objective way. To some extent, it is possible, but even collecting the list will be affected by our emotional state.

A relationship is about perceptions, not facts. It is possible that both people love each other and they both think they are doing everything they can but the other feels unloved and underappreciated.

The reason for this is that we don’t look at facts, we look at how we feel.

When you collect the negatives and positives within a relationship, you need to factor in this emotional bias — and look for the emotional side.

It doesn’t matter how many times your spouse takes out the trash if they make you feel loved and cherished. Similarly, it doesn’t matter if they shower you with gifts if you feel used and objectified next to them.

Listen to your emotions, because this is how you will decide anyway — and if the positive feelings still outweigh the negative ones, it is still worth fighting for it.

In my relationship, I was clinging to the memory of the good times even when they were nowhere to be found.

I was remembering a dream that had long been gone, and even when there was nothing good between us, I still wanted to revive that spark we once had.

Everything was terrible and all of it hurt — yet I stayed when I should have left because I convinced myself that the bad times are just as much part of a relationship as the good times.

But when there were no more good times, and only the bad days got worse day after day, I had to let go of the future I planned, so that I can have any kind of future.

You ran out of things to give.

In a relationship, a similar feeling signals the end. It’s not just about wanting to give, it’s also about the other being willing to receive.

When there is no exchange of love and expression of affection between the two of you, it can mean that you are past the point of caring.

When you don’t feel like giving them your attention, your time or your effort — because you don’t care or because they are not receptive, it signals that you have deeper problems that need to be resolved.

They say that the opposite of love is not hate — it’s indifference.

I stopped caring and stopped wanting to give. There was nothing to give because there was no one to receive it — for he didn’t care anymore either.

Out of self-preservation, it was easier not even to try than to always get rejected for acts of love and affection.

Not getting any attention from your loved one is terrible. But not wanting to give them any of yours is even worse.

Walking away from a relationship when it’s too soon is a mistake you might regret, if you don’t do everything in your power to keep it going when it’s still worth it.

But staying in a relationship for too long because you ignore the signs, because you are holding out for impossible hope, it’s going to kill your soul slowly.

Not every relationship can be saved, nor should all of them be.

There are times when you need to muster up the courage and walk away. It’s better to be single than being in the wrong relationship — at least being single has the potential of becoming happy again, while in a bad relationship resentment will only grow.

Don’t ignore your instincts and watch out for the signs. You can save yourself a lot of trouble.

Zita Fontaine is a sociologist, writer and an abuse survivor. She rewrote her own narrative of narcissistic abuse and launched a career in writing to heal and help other survivors. She writes no-fluff, no-nonsense pieces about abuse, feminism and relationships on medium.com with thousands of loyal readers.