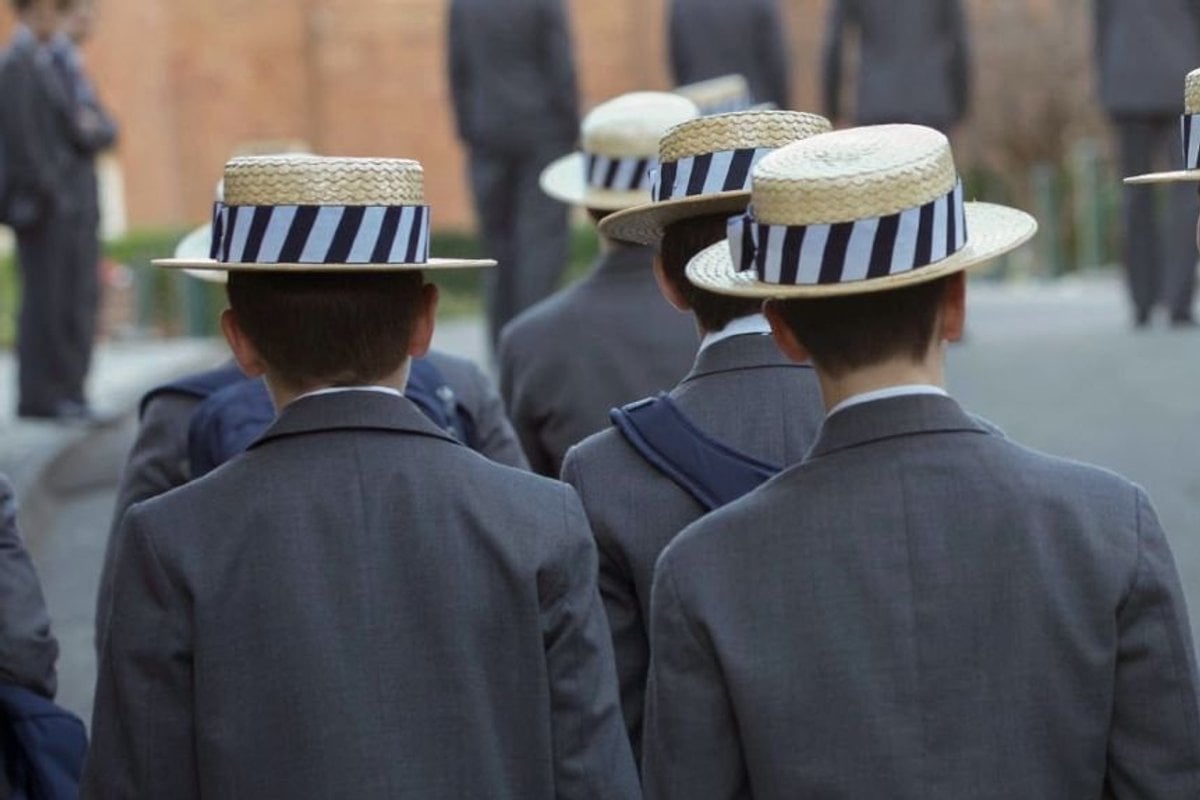 On Tuesday, news broke of a scavenger hunt designed by Year 12 students at Shore, an elite private school on Sydney’s north shore.

The document details their plans to embark on a “Triwizard Shorenament” and instructs students to form groups of five or six, before undertaking challenges around Sydney. For each task, the groups are awarded points - depending on the perceived difficulty - that range from five to 10,000. The document is available in full here.

The student-devised hunt includes the following tasks: “get with an Asian chick,” “get arrested, “spit on a homeless man,” and have “sex with a 80kg+ woman”. Some were more harmless, others are too vile to publish.

READ: "Spit on homeless man." Buried in that vile muck up day checklist, is a sad grain of truth.

Since it was first reported by Sydney Morning Herald, the scavenger hunt has been widely condemned - including by the school’s Headmaster Dr Timothy Petterson, who alerted police on Tuesday before it found its way to the media.

In light of the list, many are asking what culture exists at the school to produce teenagers who evidently believed they could get away with this behaviour.

To understand, Mamamia spoke with a former Shore boy, who recently graduated from the school. He asked to remain anonymous, so we have given him the pseudonym Jack*.

Jack says there “was a little bit of embarrassment” when he first read about the leaked muck-up list.

“It's hard to be associated with actions like that,” he explains. “As it unfolded a bit more, it became quite hard to sit there and watch our school being spoken about this way, as I didn't believe that this reflected the culture well.”

The now-University student says he doesn’t think the teenagers responsible for the list “thought [about] just how big the consequences could have been”.

“There's a lot of ignorance and they're simply doing it for a bit of a laugh and for popularity, which is tragic.”

Asked whether his own school year had a scavenger hunt, Jack says, "I believe we had one but I don't remember it at all being that bad.

"And it wasn't a compulsory thing - I'm not sure if this one was enforced. We were just told, 'if you want to do this, it's a bit of fun'. I didn't do ours and most of my friends didn't do it."

Jack insists that the muck-up list is not an accurate representation of the school he went to, which costs parents $30,000 a year in fees.

“There's always going to be one or two people at every school who view actions like this as funny or humorous. But what school doesn't have a couple of students who do the wrong thing?”

Jack says the school is “absolutely not” a breeding ground for white privilege, despite the racist sentiments included in this list.

For those who say Shore is a place of privilege, his response is to “look into what Shore has done”.

“I encourage them to look into the other outputs of Shore, and not just the few individuals that cause media uproars. The sporting culture, for one, is something that is very inclusive of everyone and supportive of everyone.” 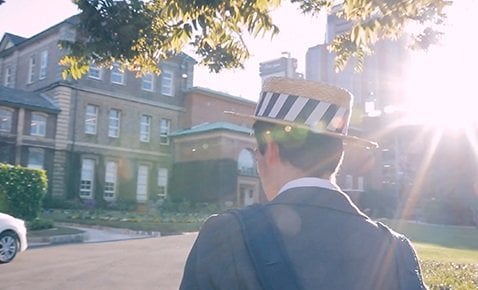 According to the former student, the private school is “absolutely not” a breeding ground for white privilege. Image: Shore.

When asked about the culture, he says: “Sport was a big thing, as I'm sure most GPS [the Great Public Schools of New South Wales] schools do have a big sporting culture.

“We all thrive off each other's sporting achievements and we all love to support each other there.”

In terms of what the school taught Jack about how to treat women, the former student claims they were “very, very helpful”.

“They definitely taught us a great deal about respecting women. We had a day in Year 10 where we had two other girl schools come to Shore and we had a massive day of talks and group discussions about all of that, which I feel was one of the most beneficial days at the school,” he reflects.

“So, yeah, I think Shore has done a really good job in regards to teaching us how to respect women.”

Jack adds that he is “proud to have been a part of that community”.

“I am very proud to have gone to Shore. I was discussing with a few of my mates last night, I would still like to send my son to Shore.”

So does the private school teach their students about the nuances of what the world is really like outside the school gates? About the community they had been intending on disrupting, and in some cases, assaulting?

“Yes, I do believe they teach us to face what the world is like outside… It's not this school full of privilege.

“I personally have found the transition between high school and university, and life itself, quite easy and not full of stress, because of all the teachings and all the values that they've showed us.”

Reply
Upvote
1 upvotes
"Jack"'s, and the school's, flaccid response to this is absolutely unsurprising. Blaming a few bad apples that don't reflect the otherwise enlightened culture of the school. Like "Jack", the instigators of the list will of course always remain anonymous because their futures must be protected. The school, and their parents, wouldn't want an innocent schoolboys' prank to ruin their lives.
There was never a question that these boys will get away with this. Of course they will. The culture and system that raised these boys will never force them to unpack their own privilege. It will never hold them accountable. It won't even call the list misogynistic, racist and homophobic. After all, it is the same system where the police gets a domestic violence matter every two minutes.
But what do I know, I'm just an Asian chick.
F
fightofyourlife 2 years ago

Reply
Upvote
2 upvotes
So..."not all Shore boys", in other words?
I just finished reading a very interesting Twitter thread from a former Shore student. He graduated 28 years ago and was subjected to "violent homophobia" (his words), including daily verbal and physical assault, for the three years he attended. I'm more inclined to believe that this sort of thing is ingrained in the culture of the school and Jack didn't notice (or is in denial about it) than to believe it happened 28 years ago, stopped while "Jack" was attending and has now started again.
But hey, maybe if this man on Twitter had joined the footy team, he would have had a better time at Shore.
If anyone is interested, have a look at @metaning on Twitter. His thread is from September 24 (I would link but links sometimes get eaten by the spam filter).
M
mamamia-user-482898552 2 years ago