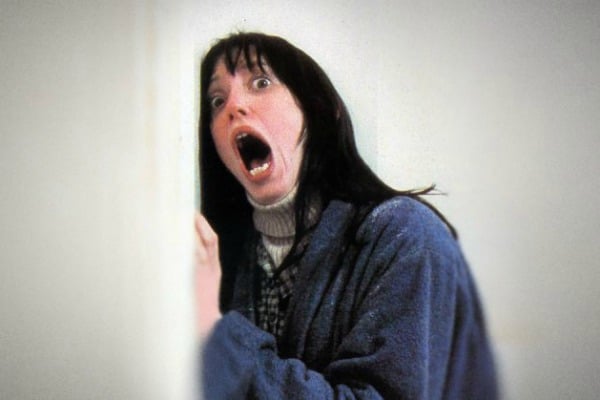 Four decades on from its release, The Shining is still regarded as one of the best psychological horror films of all time.

From the creepy Grady twins to the iconic axe scene, the 1980 film adaption of Stephen King’s novel was unlike other films of its time.

The Shining follows the story of Jack Torrance who becomes caretaker at the isolated Overlook Hotel in Colorado, alongside his wife, Wendy, and son, Danny, who experiences psychic premonitions. Jack later comes to discover the hotel's dark secrets and begins to lose his sanity before setting off to terrorise his family.

Watch the trailer for The Shining below. Post continues after video.

But behind the scenes, the filming process was just as harrowing as the movie.

Shelley Duvall, who played Wendy Torrance in the film, was subjected to harsh treatment by director Stanley Kubrick, who has a reputation for pushing his actors in order to get into character. Her mental health was so severely impacted that she even considered quitting the film.

"It’s the most difficult role I’ve ever had to play," Duval said in the book The Complete Kubrick.

"From May until October, I was really in and out of ill health because the stress of the role was so great. Stanley pushed me and prodded me further than I’ve ever been pushed before."

During filming, Duvall was heavily criticised by Kubrick, who he treated very differently to other actors on set.

His constant bullying of Duvall was documented in Stanley Kubrick: A Life in Pictures, a documentary shot by Kubrick's daughter. At one point in the documentary, Kubrick can be heard saying to the other crew members "don’t sympathise with Shelley" while she was standing right next to him.

Jack Nicholson, who plays Jack Torrance, also points out in the documentary that Kubrick turned into a "different director" when he was working with Duvall.

One instance of this was the famous baseball bat scene, which took 127 takes to get right. The scene was later added to the The Guinness Book of Records as the most takes ever for a dialogue-scene.

During the scene, Kubrick's many requests reportedly left the young actress dehydrated with wounded hands and a hoarse throat from crying. She even started losing her hair because of the stress, according to The Vintage News. 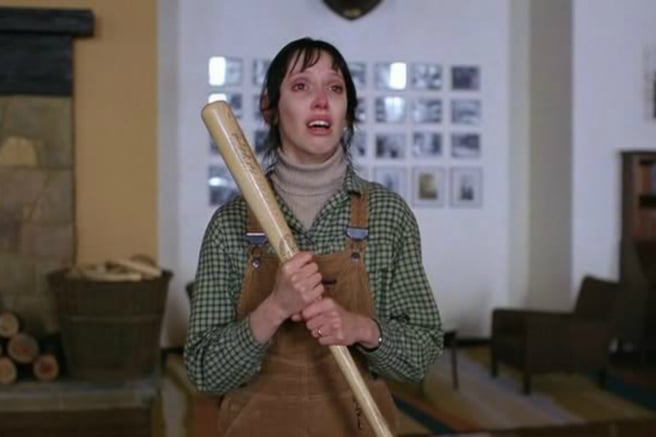 She later spoke about her gruelling experience on set and how she was left emotionally exhausted.

"Jack Nicholson's character had to be crazy and angry all the time. And in my character I had to cry 12 hours a day, all day long, the last nine months straight, five or six days a week," she told Roger Ebert in 1980.

"I was there a year and a month, and there must be something to primal scream therapy, because after the day was over and I'd cried for my 12 hours, I went home very contented. It had a very calming effect. During the day I would have been absolutely miserable."

In another documentary, The Making of The Shining, Vivian Kubrick, the director's daughter, confirmed her father would deliberately bully Duvall to enhance the insecurity of her character, Wendy.

Her character was later criticised by Stephen King himself, who was unimpressed with the way she was portrayed on screen. "[Wendy] was basically there just to scream and be stupid and that’s not the woman I wrote about," King said, according to Horror Media.

Off-screen, the role began taking a toll on the actress' mental health.

"I do recall I had a really bad anxiety attack on set, and I believe that was what is shown in the documentary [The Making of The Shining]," she told ComingSoon.net.

"As most people are aware, the shoot was very hard on me and I got to the point where I just couldn’t take anymore, I needed a break, but taking a break costs money and people need the shot done, so I had a little breakdown.

"I think it was only 10 minutes but I just needed to get my head together, we were shooting long days, sometimes 15 to 16 hours, and it really does take a lot out of you."

Unfortunately, even after the film, Duvall continued to battle mental health issues.

In 2016, The Shining star appeared on an episode of Dr. Phil where she opened up about the poor state of her health.

The interview drew concern for Duvall, with viewers accusing Dr. Phil of exploiting her for entertainment. 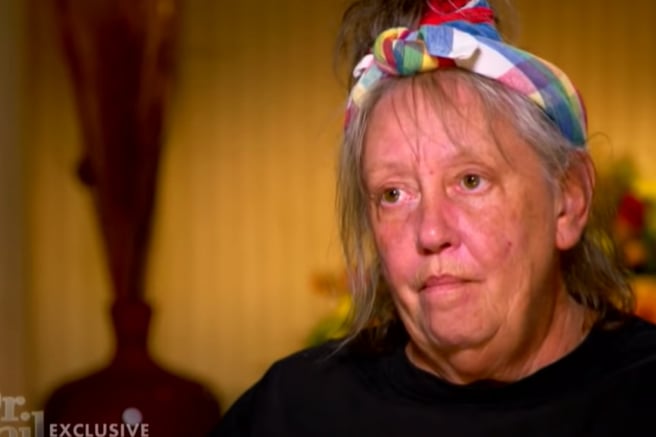 Vivian Kubrick later tweeted an open letter to Dr. Phil, expressing "complete disgust" at his "utterly heartless form of entertainment, because it has nothing to do with compassionate healing".

My Letter to you @DrPhil
Re: Your exploitive use of Shelly Duvall is a form of LURID ENTERTAINMENT and is shameful. pic.twitter.com/4f6MRTzr0A

The Actors Fund of America reportedly reached out to Duvall to provide her with treatment after the interview.

Aside from her appearance on Dr. Phil, Duvall has mostly kept herself away from the spotlight.

After making her final screen performance in the independent comedy Manna From Heaven in 2002, the 70-year-old actress now lives a private life in Texas.

Despite the emotional trauma that she endured filming The Shining, Duvall says the film's success made it worthwhile.

"It was one of the most gruelling experiences on a set I’ve had, but the end result was worth it," she previously told ComingSoon.net.

"And even though the atmosphere on set was sometimes unpleasant, I’m now remembered for a film that’s become a horror classic, the fact that people are still watching and talking about it 31 years later amazes me."