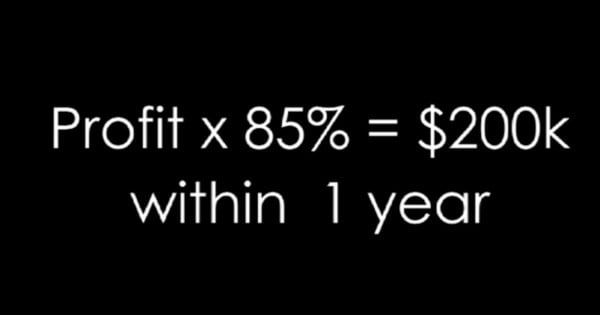 Three weeks ago popular not-for-profit Melbourne bar Shebeen announced it would be closing after three and a half years of trading.

According to owner Simon Griffiths, the closure is due to ongoing pressure from Victoria Police and the Victorian Commission for Gambling and Liquor Regulation (VCGLR).

But recent reports of financial woes in particular the allegation that the not-for-profit has not provided donations to its charities since mid-2013, has raised questions.

Shebeen and Who Gives a Crap's Simon Griffiths. Source: Facebook.

The Manchester Lane bar opened in February 2013, marketing itself as a not-for-profit venue - its point of difference being its partnerships with seven charity organisations from the developing world. Selling beers and wines from these countries, Griffiths told patrons via their website that profits made from the sales would be passed on to the related charity.

So if you purchased a Bia Ha Noi beer, Shebeen promised a percentage of its individual sale price would be passed on to Vietnamese educational program, Room to Read. At the time of opening, Griffiths estimated between $1.50 to $2 of every beer and wine sale would be passed on to the charities. The seven charities were used as marketing material and crowd-drawers to the city bar.

Similar to Griffiths' other business, Who Gives a Crap (a not-for-profit toilet paper company which gives 50 per cent of its profits to charity), Shebeen's model was one that encouraged "consumer-driven philanthropy". This ethos attracted patrons from all around the world and gave many people a reason to feel good about spending their money at the establishment.

But there has been inconsistent information about Shebeen's financial arrangements.

Since the launch of the bar Griffiths has made potentially conflicting claims about the percentage of profit that would go to Shebeen's affiliate charities.

During a TED Talk in 2011, he said it would be 85 per cent. But since opening, Shebeen's drink and food menus have claimed that "100 per cent of our profits go to the developing world".

In the lead up to the bar's opening, Griffiths told The Age and Broadsheet that he had raised $250,000 in donations that would allow him to open the bar, as well as donations of furniture, alcohol and other large one-off sums of money, all being made as donations. He also said that local designers, artists and architects had also offered theirs services at cost price or pro bono on the basis of it being for charity.

Shebeen's business model, as presented to TED in 2013. Source: Youtube.

When the bar opened in February 2013, it was to much fanfare, receiving reviews and mentions around the world.

Throughout the bar's life Griffiths said, "We’ve made sure your money ends up in the right pockets by scouring the globe to find some of the smartest organisations tackling poverty in the developing world. So sit back and leave us to do the hard work while you feel good—even tomorrow morning."

From The New York Times, to local bibles such as Smith Journal, Griffiths' language was the same, saying that when you drank a beer or wine, a percentage of that sale would go directly to one of the seven affiliated charities working within the developing world.

That same year, Griffiths was nominated for a Young Australian of the Year award.

A Shebeen menu stating "100% of our profits go to the developing world. Source: Facebook.

The amount listed on the bar's website remained as $12,787, although when Griffiths discussed the milestone with Broadsheet in September, he cited the the donation figure as $12,000.

When asked about these matters, Griffiths told Mamamia, "A donation of $10,000 was made to Rotary in June 2013 based on the expected profit at 30 June, and after the end of financial year set aside an additional $2,787 for future donations."

Just one month after the initial donation to Rotary, Griffiths stated via the Shebeen Facebook page that the bar had made another $6,000 of profits in one week of trading. "It looks like we raised over $6,000 for our beneficiary partners last week alone," Griffiths wrote.

Griffiths confirmed to Mamamia via email, however, that the $6,000 profit mentioned in this post was never donated to charity, explaining, "running any business is hard, and service-based businesses are especially hard."

Following these two announcements, Griffiths says that a further $786.97 was donated to Rotary and a donation of $1,826.71 was donated directly to Room to Read. It is not known when these donations were made.

The 2014 campaign that aimed to show people "how to be excessively good". Source: Vimeo.

In November 2014, Griffiths launched the 'Be Excessively Good' campaign via Pozible - an Australian based crowdfunding platform - which aimed to raise $50,000 for Shebeen.

At the time of the campaign launch Griffiths told Broadsheet that if the $50,000 target was met, $12,500 would be used to update the venue's band room, with the remaining $37,500 going to charity.

On the campaign's Facebook page though, Griffiths wrote, "All proceeds raised will be used to finish the renovations to our new dining area and band room."

Supporters of the campaign were encouraged to make financial pledges using the Pozible system, which only releases money to its campaigners if the full target amount is met or succeeded.

Pozible was unable to confirm to Mamamia if the full amount had been raised due to the campaign running via a third party website. The link to the 'Be Excessively Good' campaign website is now dead. Griffiths says the $50,000 goal was not reached and as such no money was received.

The outside of Shebeen, on Manchester Lane. Source: Facebook.

In July 2015, an informal noise complaint against Shebeen was made by a police officer. Shebeen's band room shared a wall with the Victoria Police CBD sleeping quarters.

In a statement announcing the closure of the bar Griffiths says that over the next 12 months it became an ongoing issue and the bar was under significant pressure from the police and the VCGLR (Victorian Commission for Gambling and Liquor Regulation).

"In July 2015, we began to get regular visits from members of the nearby police department who were unhappy because music noise could be heard in their sleeping quarters and interview rooms. Though their complaints aren't all formally registered, we corresponded and met regularly with them to try to address their grievances, and did everything we could do appease them. It wasn't enough. They questioned our staff, Directors and lawyers on every aspect of our liquor licence and operations."

Last week, Griffiths told Mamamia that the business had failed to take a "meaningful" profit since 2013. Griffiths said that he has taken a wage of just $26,264 since opening. However he insists the decision to close the doors is not because the bar had not lived up to its potential, but because of pressure from Victoria Police and the VCGLR.

When asked by Mamamia whether Shebeen or Who Gives A Crap should have been registered for fundraising, Griffiths said he and his lawyers have "been looking at the Fundraising Act and its registration process this week.  The language used in the registration process makes it difficult to understand how the Act would be applied to a social enterprise like Shebeen, as opposed to a more traditional ‘fundraising appeal’. Nevertheless, as part of winding down the business and carrying out a review of our operations to date, we intend to speak directly with Consumer Affairs Victoria to seek their guidance on any applicable requirements."

When asked by The Age if statements associated with the business' charitable activities could be seen as misleading Griffiths replied, "Shebeen's position as a not-for-profit business, if and to the extent the company turned a profit, those profits were applied to donations and that's how we represented ourselves to the public."

Shebeen will close its doors on 25 June.